Every Island Has a Lighthouse 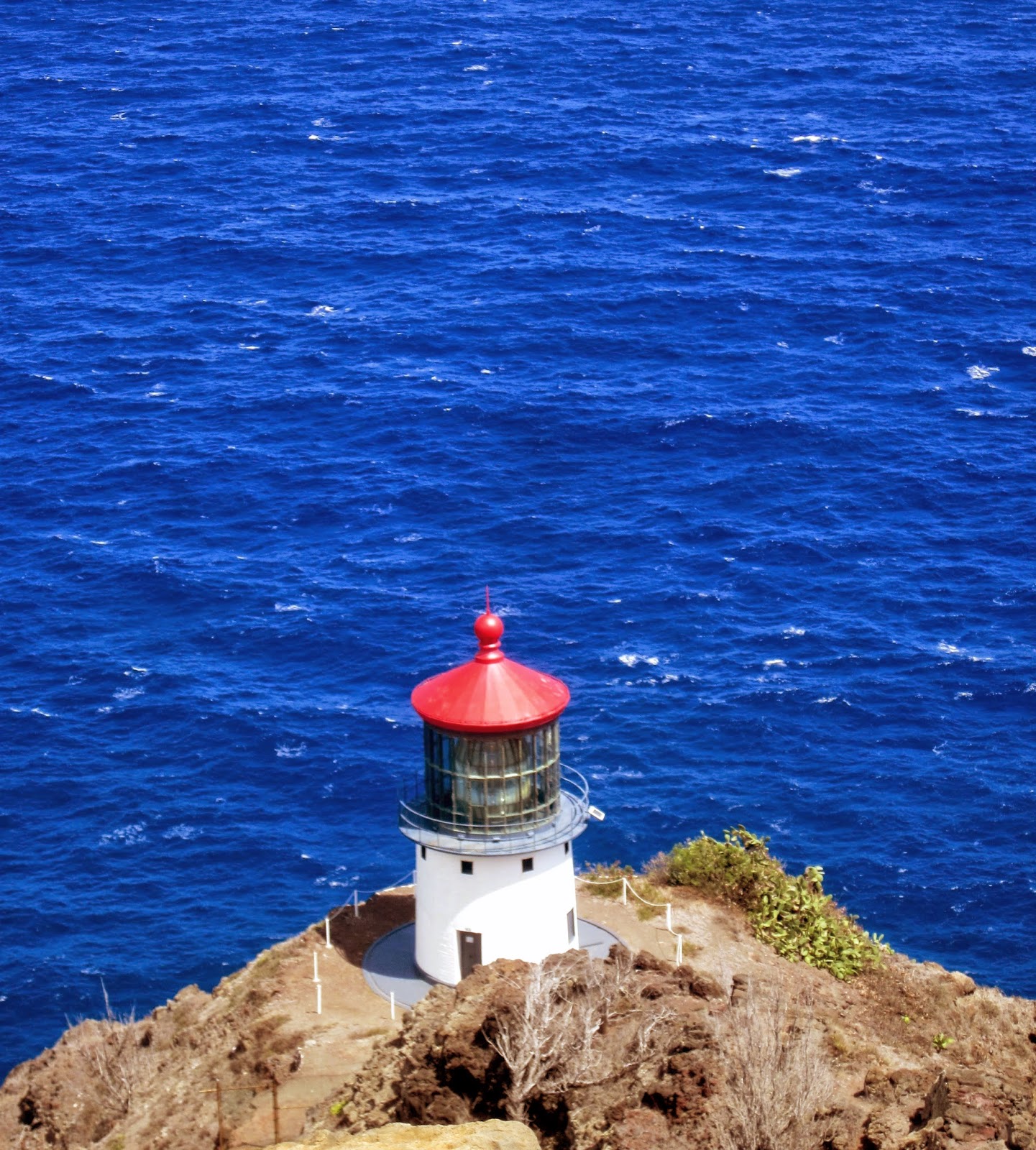 Every island worth it's sea salt has a lighthouse.

On Oahu, it's located on the east shore, on a peak called Makapu'u.


(Just remember to pronounce all the vowels.  None are silent, rarely are they a blend in the Hawaiian language.   So this is Mah-kah-poo-ooo.  It's a little tricky, at first, but it gets easier with practice!)

There are lots of beautiful hikes on this island; since it is our home for part of each year, we have committed to exploring them all, one at a time.  And I am reading that there's 4 or 5 lighthouses on the island, so we still have some exploring to do. 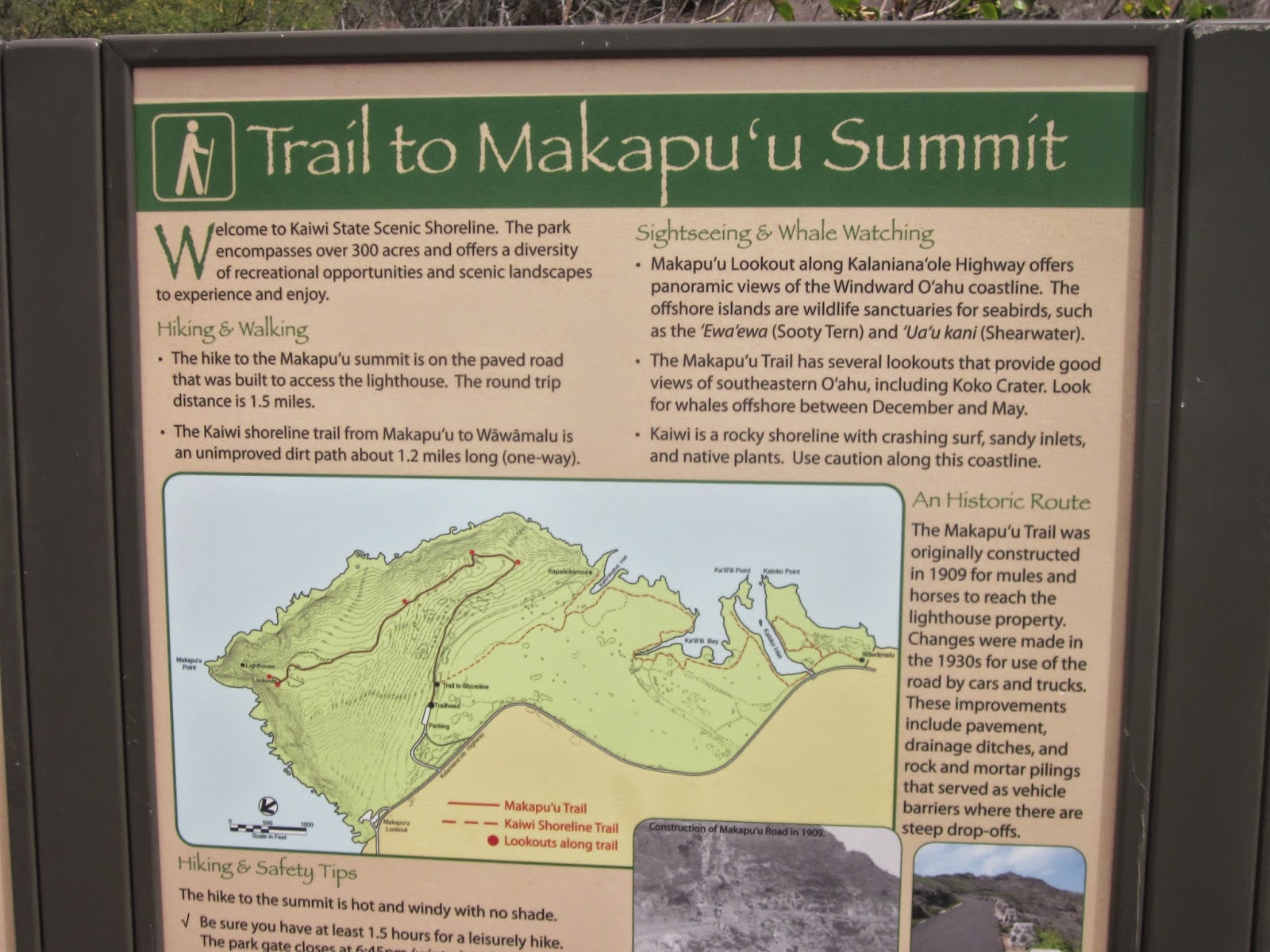 Today's hike is a simple one, the trail to Makapu'u Summit.
It's just a couple of miles, with an increase in elevation of 500'.
We're headed uphill. 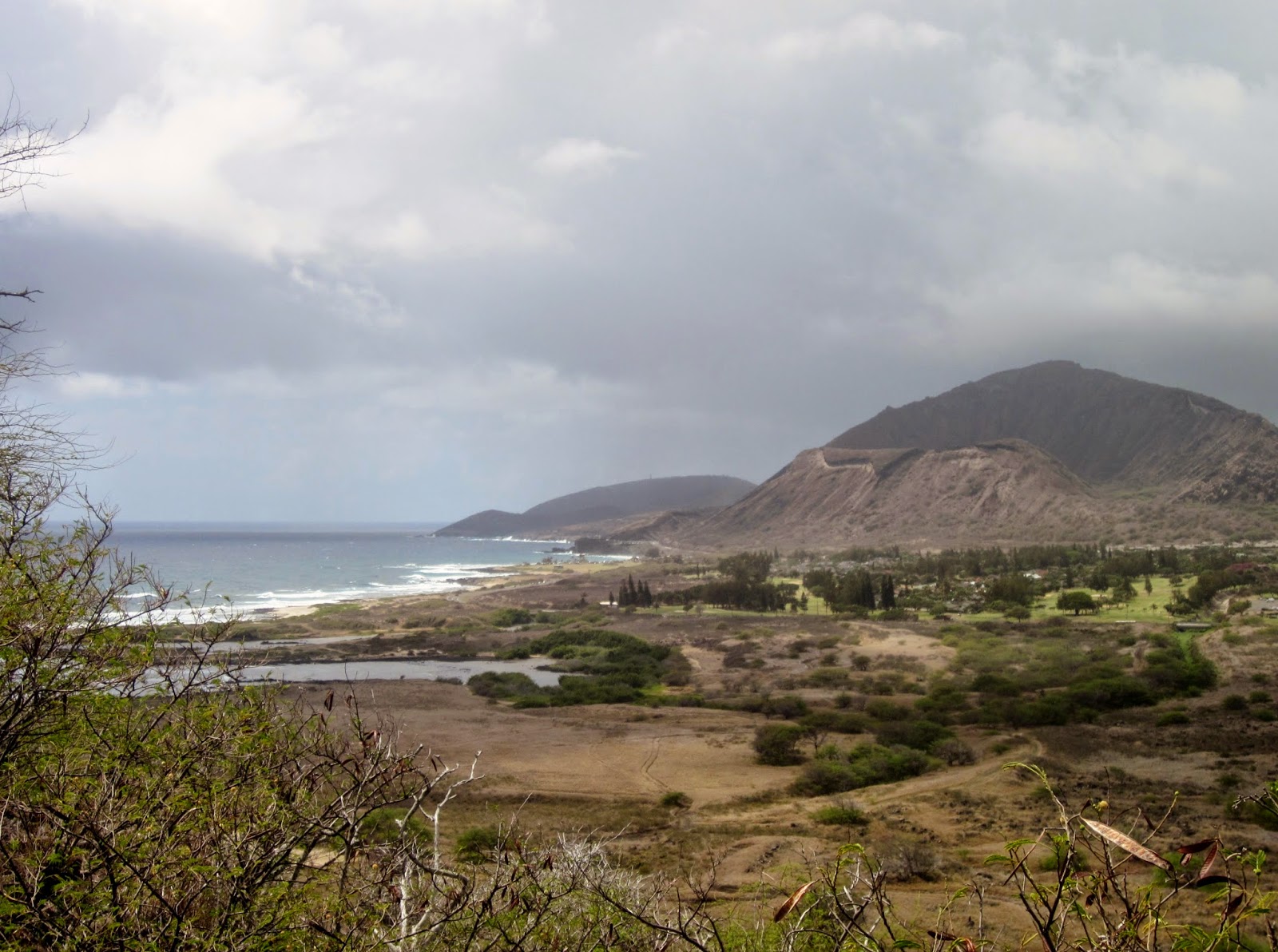 There's another road that meanders off through the low-lands,
but we will save that for another day. 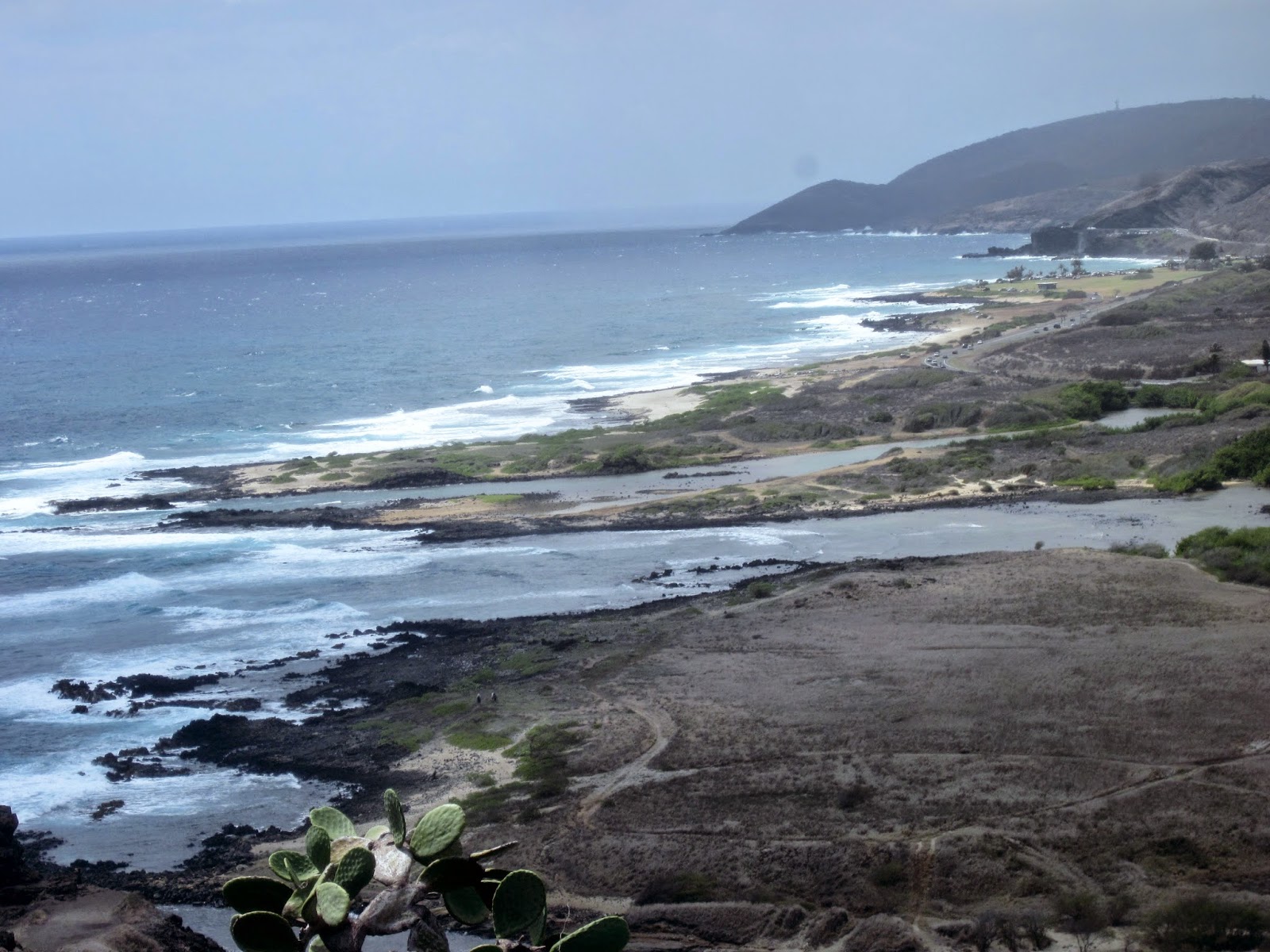 As we climb higher, the view starts to unfold. 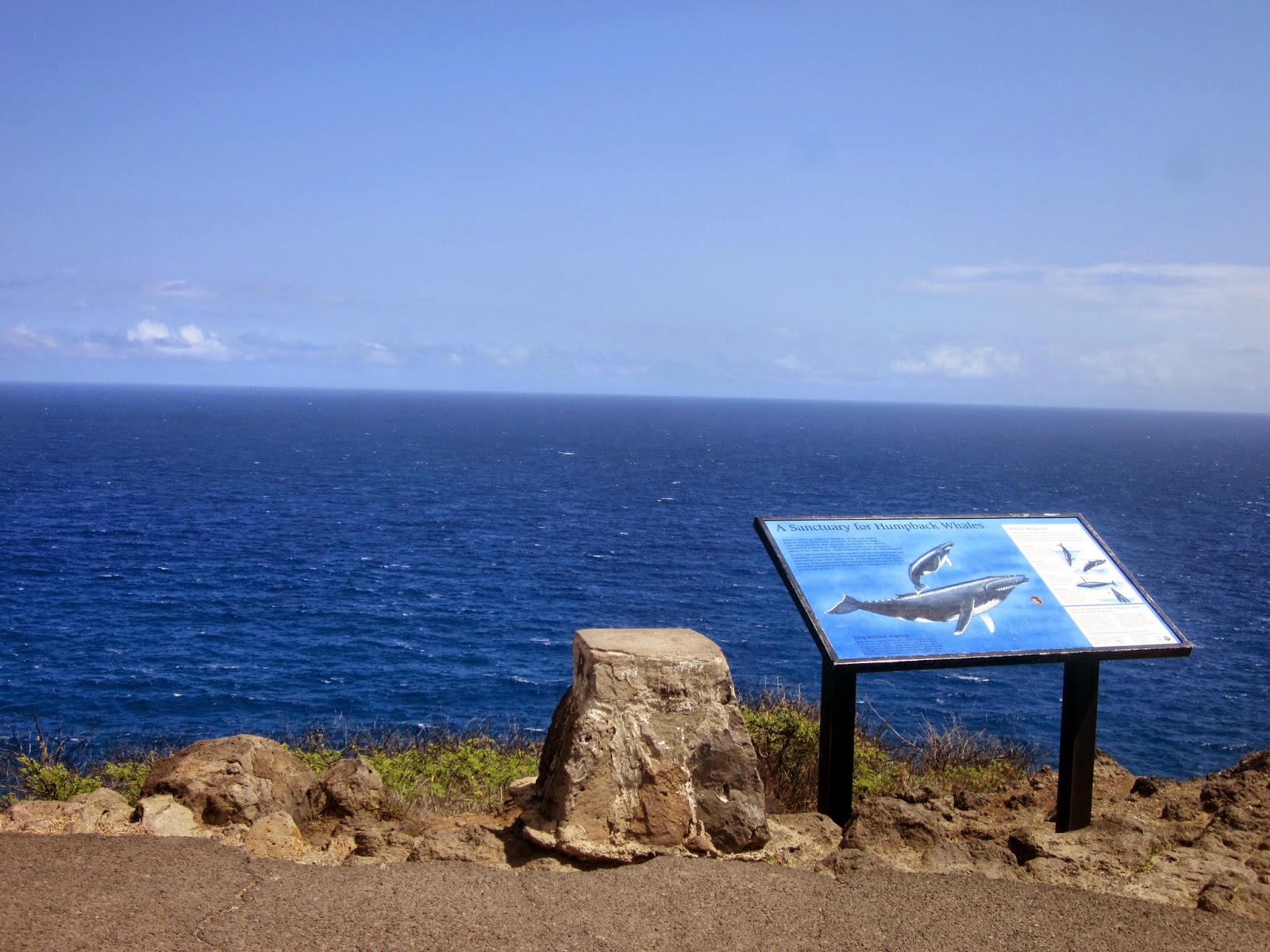 This point is the easternmost (and southernmost) tip of Oahu, and it is here that the vast Pacific Ocean first meets the island of Oahu.  The view on top is spectacularly immense.  It makes one feel very small in the scheme of things. 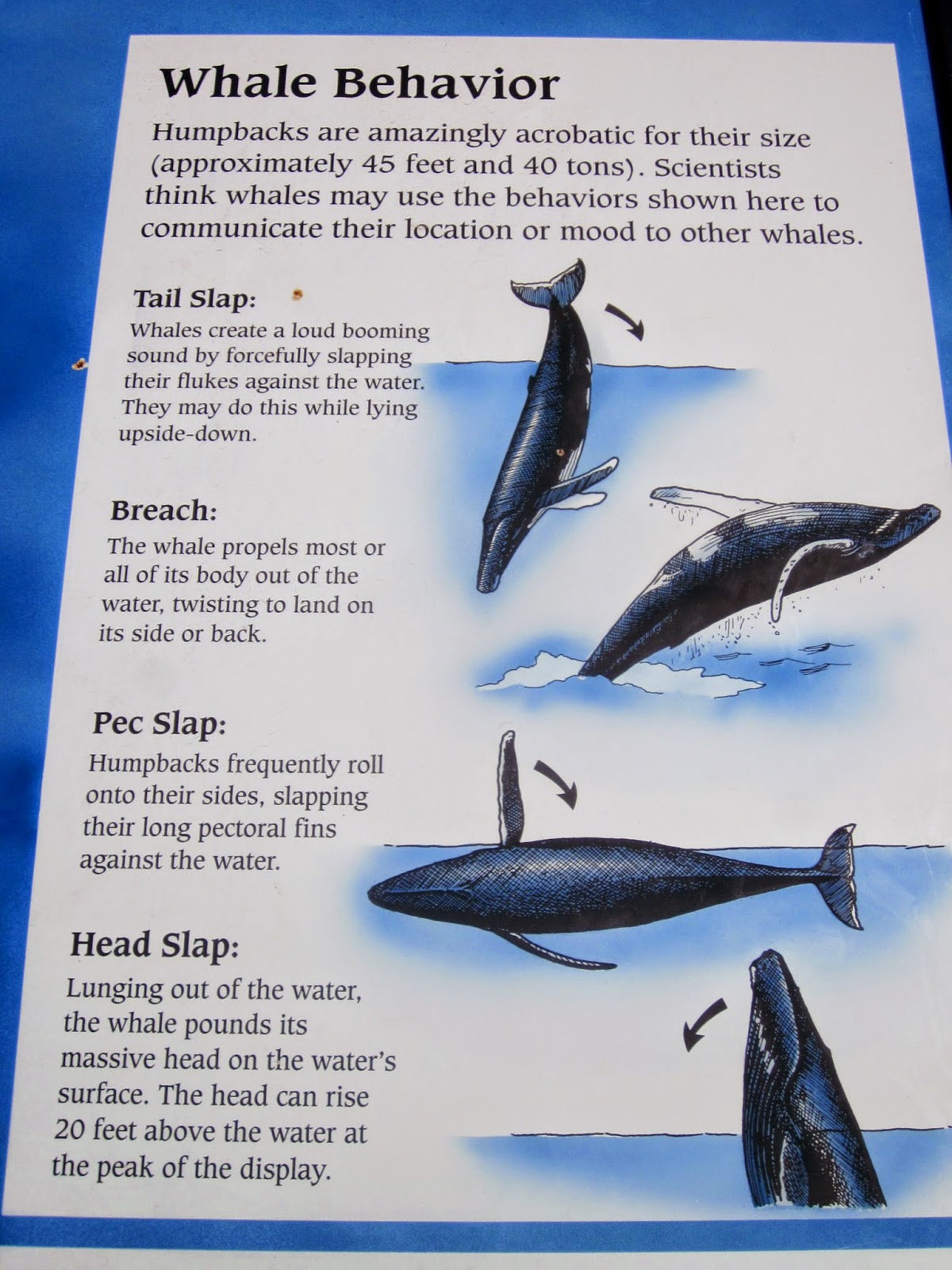 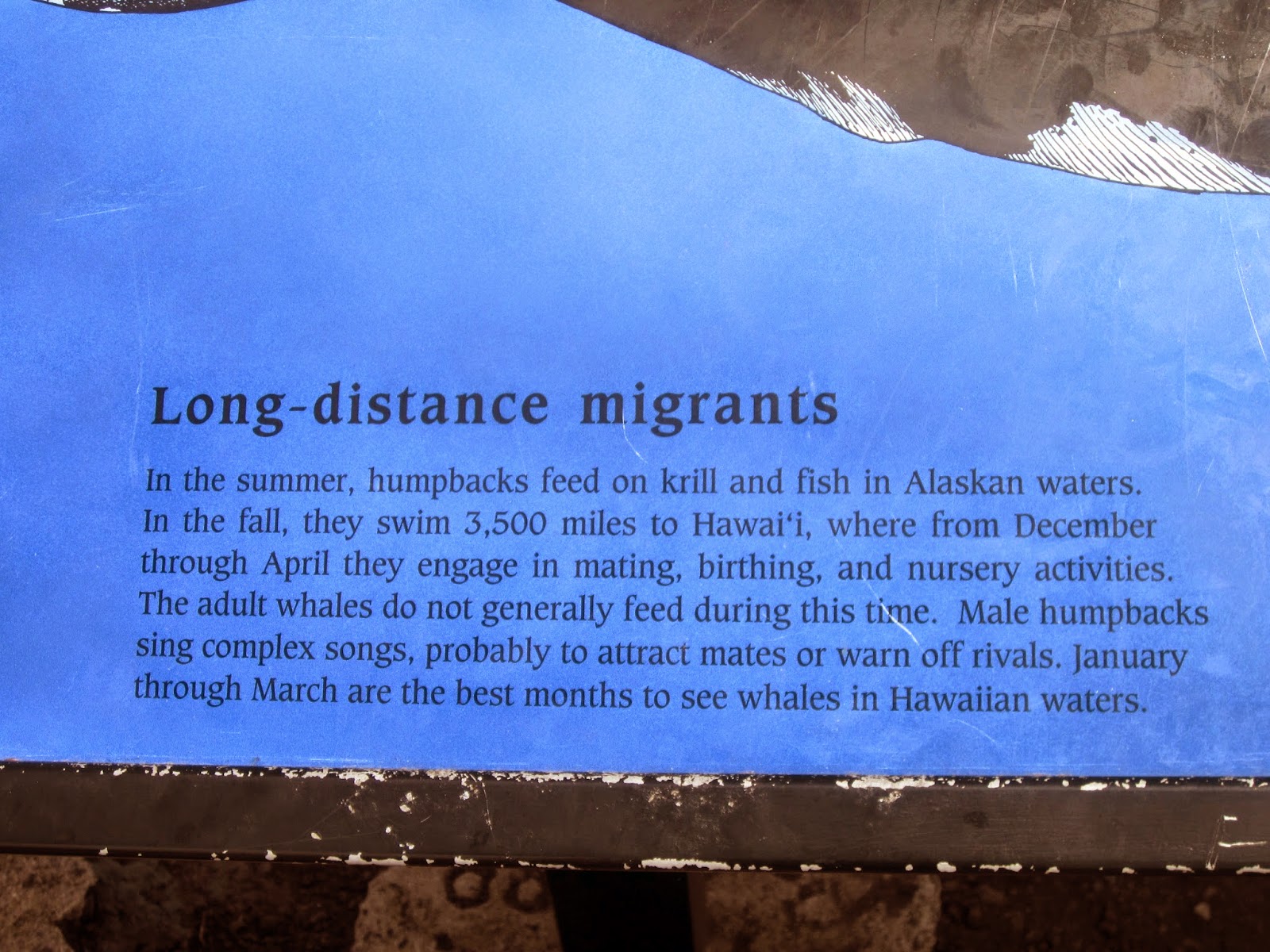 Because of it's uninterrupted vantage point, it is a perfect spot for whale watching, and there are some nice informational placards posted about some of the whale behaviors you might see, or might be curious about.  They do seem to like to perform, though I rather think that is more for each other than for us humans.

I have witnessed most all of this; but one time in particular, I recall, a huge whale began slapping his huge pectoral fin on top of the water, again and again and again, the sound reverberating over the waves.  I stopped counting at 50 times.......he just went on & on.  It was loud enough and long enough that it (literally) stopped traffic.  I'm not sure if he was mad or sad or glad, or just showing off for his girlfriend, but it was quite a performance! 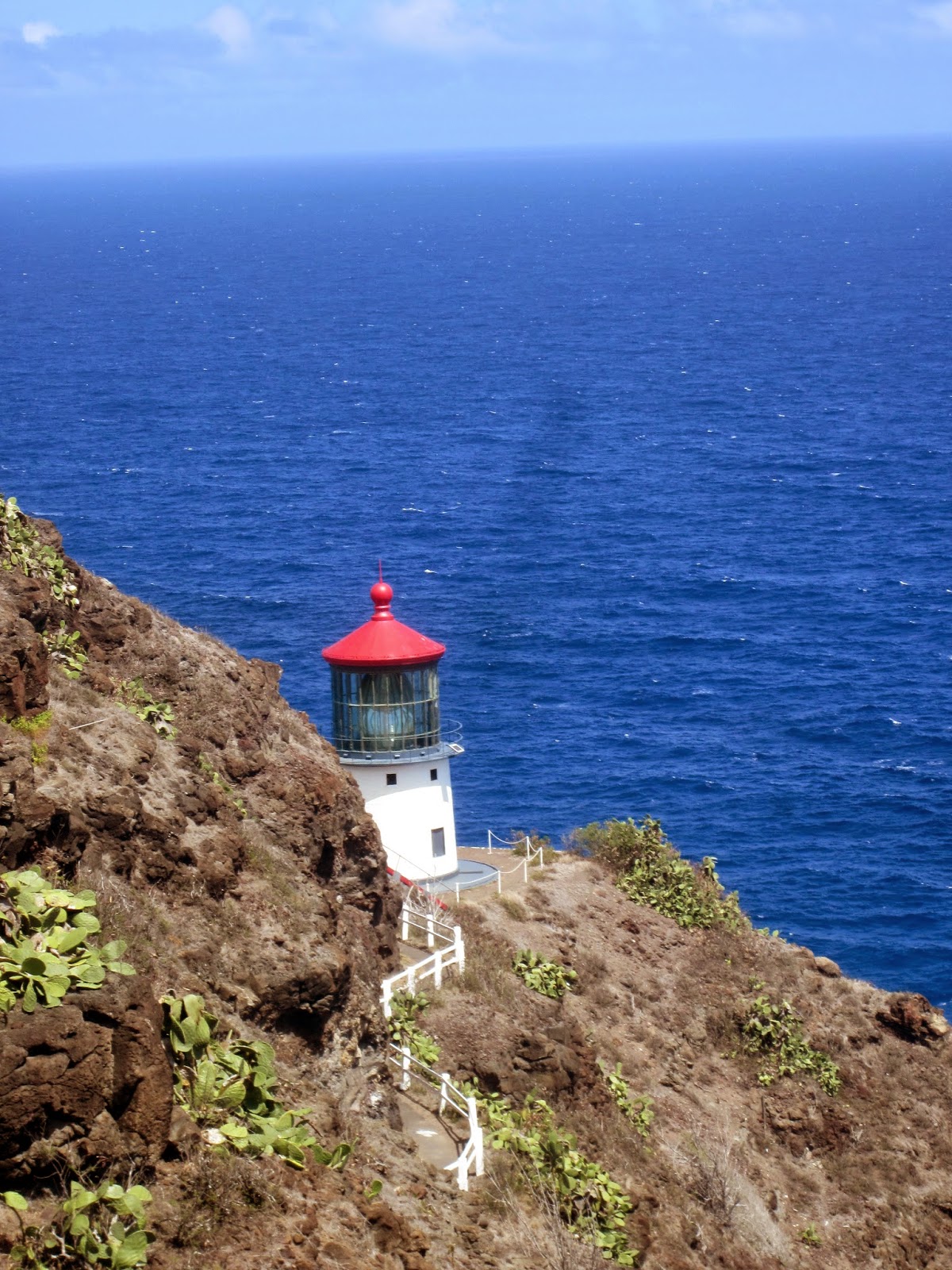 The gem, of course, is the lighthouse itself.  They always look so majestic to me, standing guard over the island, a self-proclaimed protector of land and sea vessel. 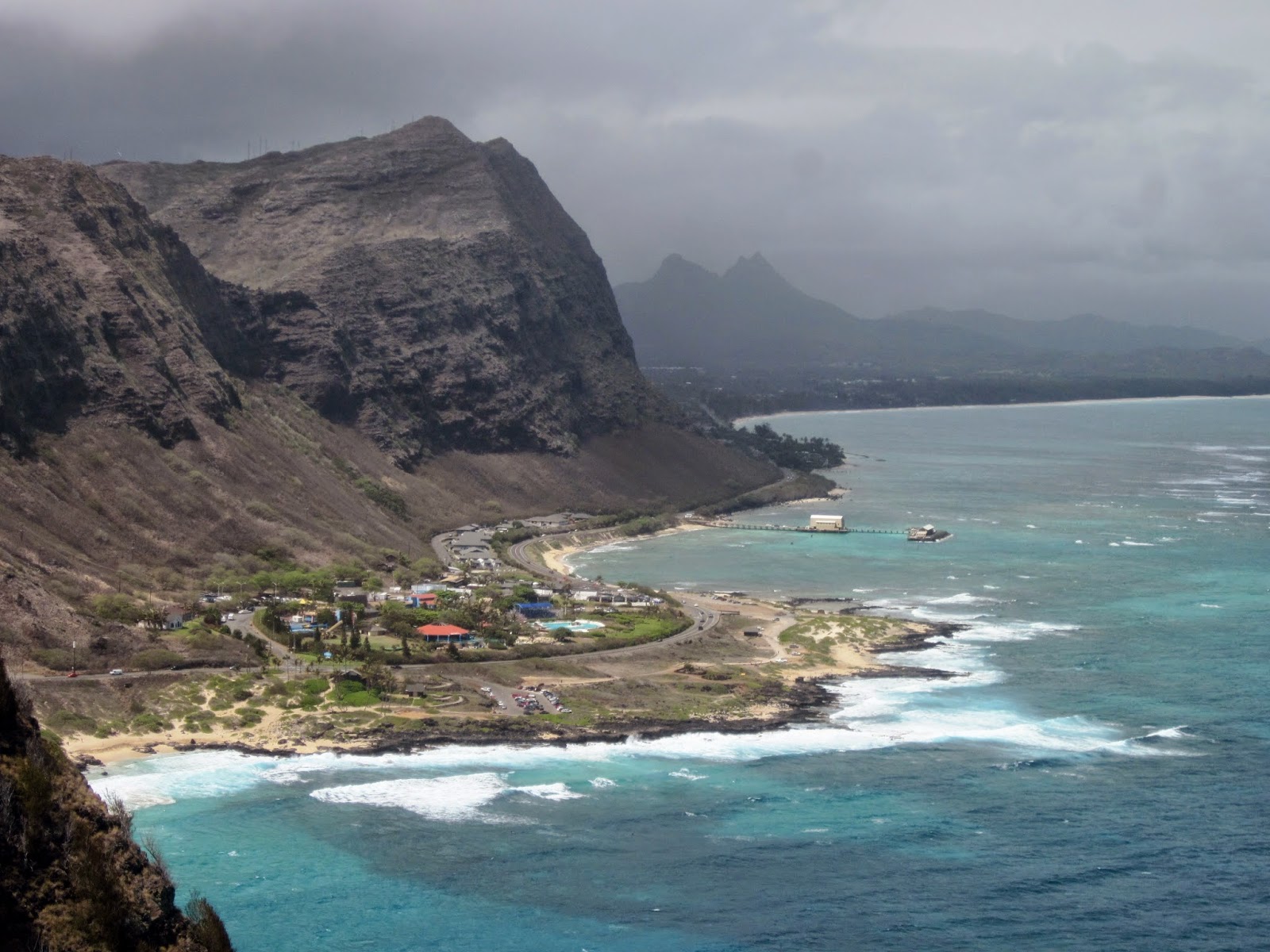 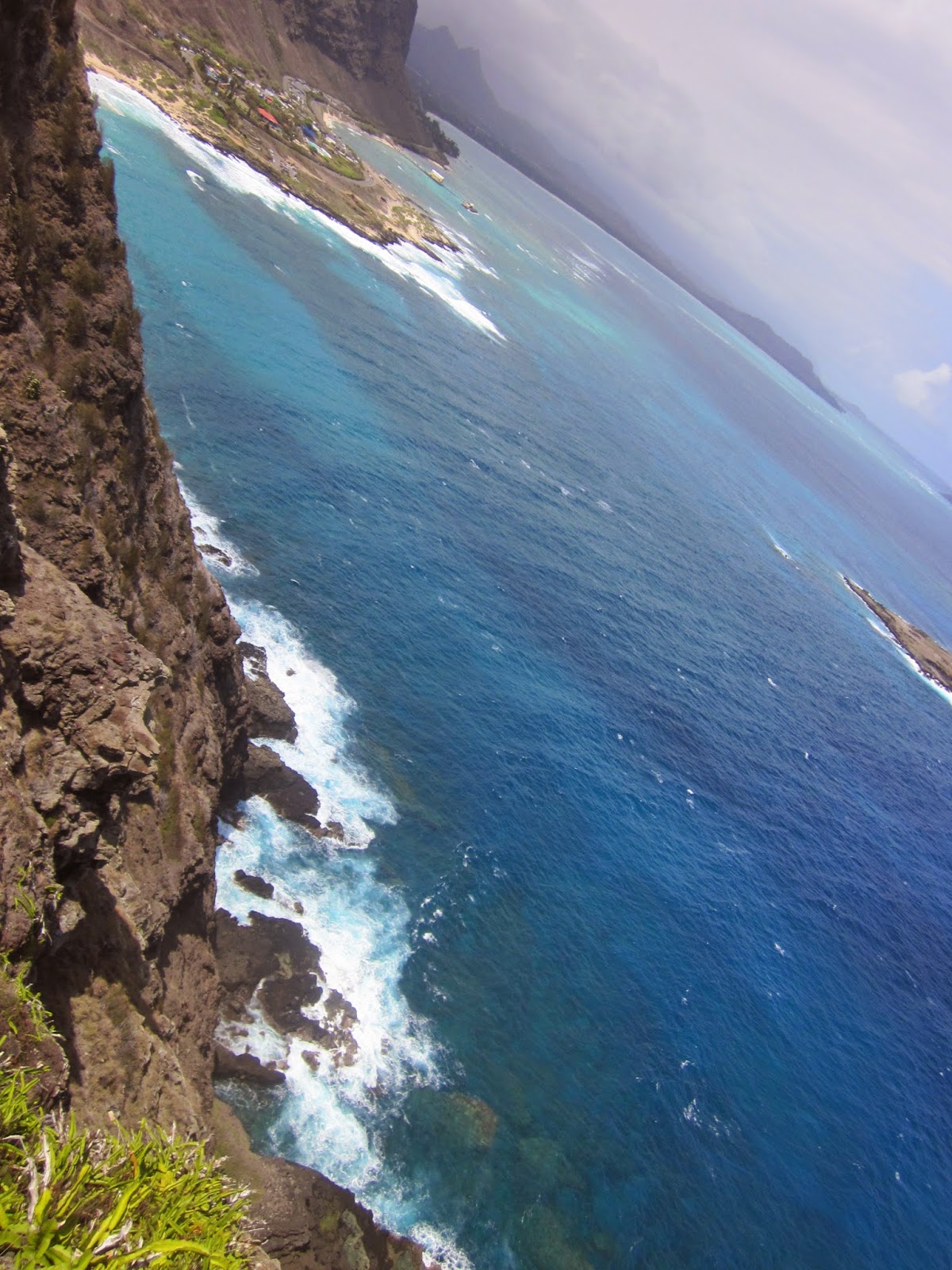 The entire view is wonderful, though,

even with a bit of cloud cover. 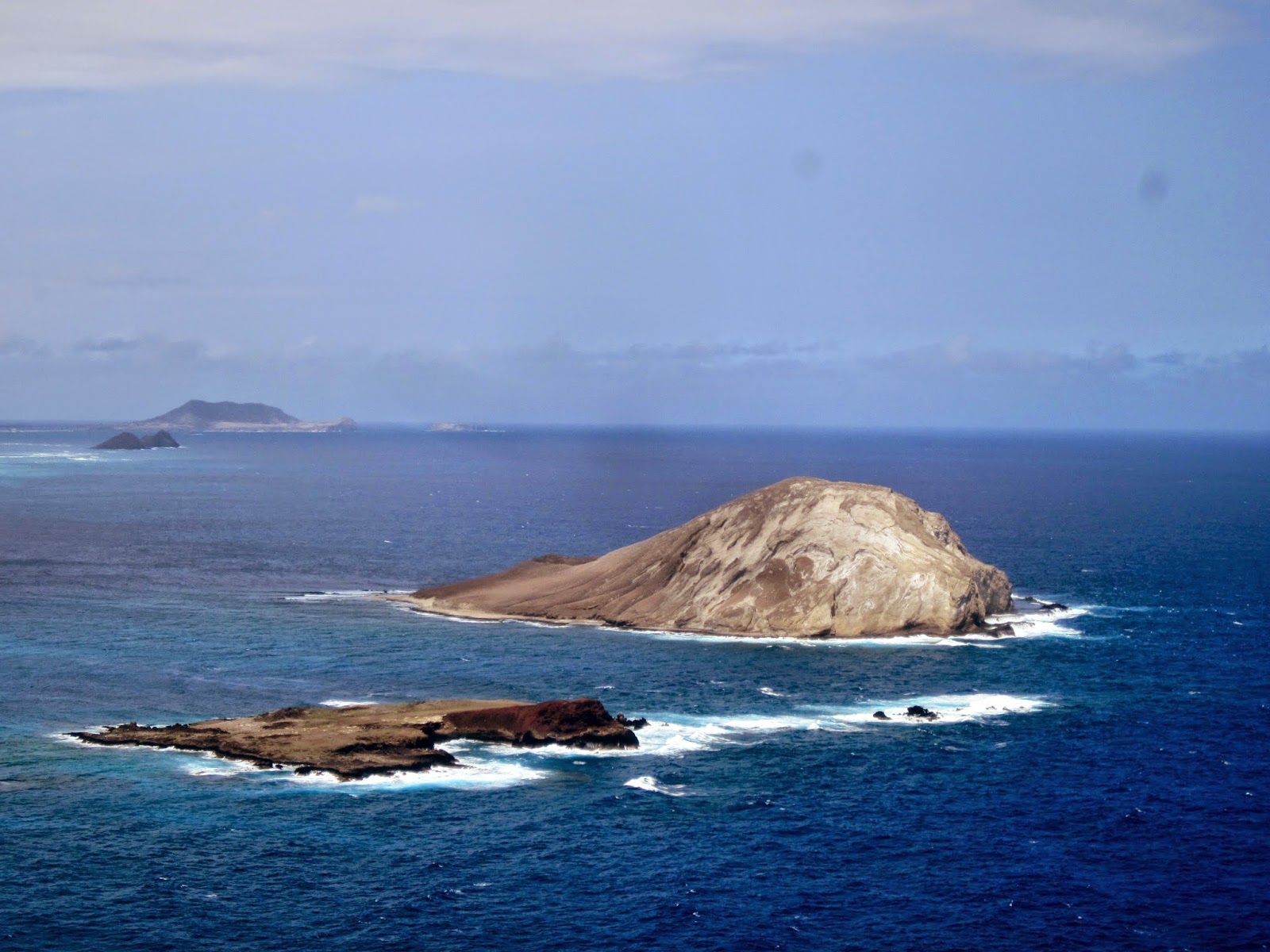 Looking off to the east, we can see Manana, nicknamed
Rabbit Island, and the smaller Kaohikaipu Island ~ just offshore.
Both are seabird sanctuaries.

Personally, I always thought it looked
more like a dog than a rabbit....
A swimming, dog-paddling dog.  Just my opinion. 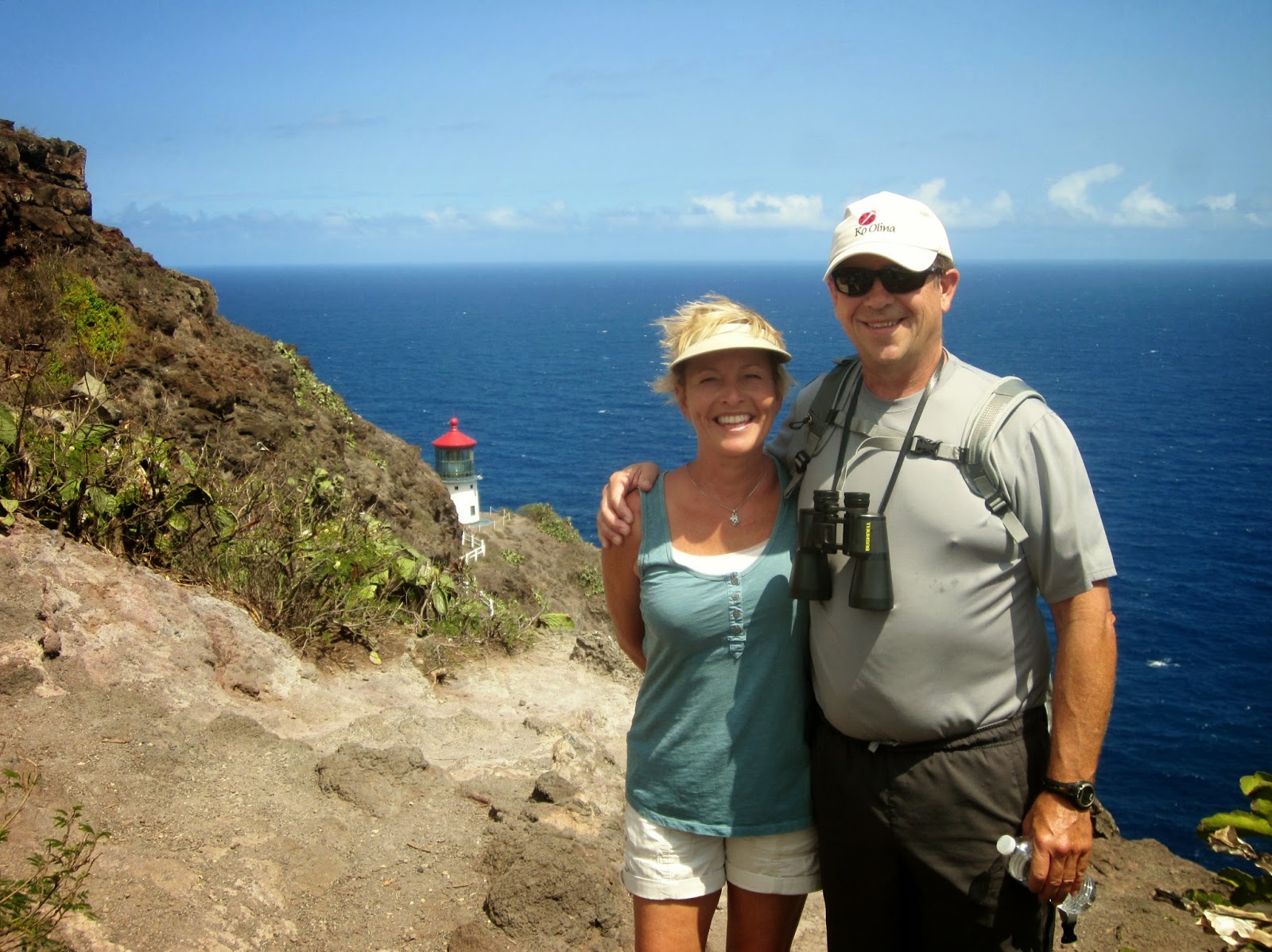 It's been another wonderful island day.

God, how I love the island life!

Posted by PassportEnvy.Me at 11:26 AM