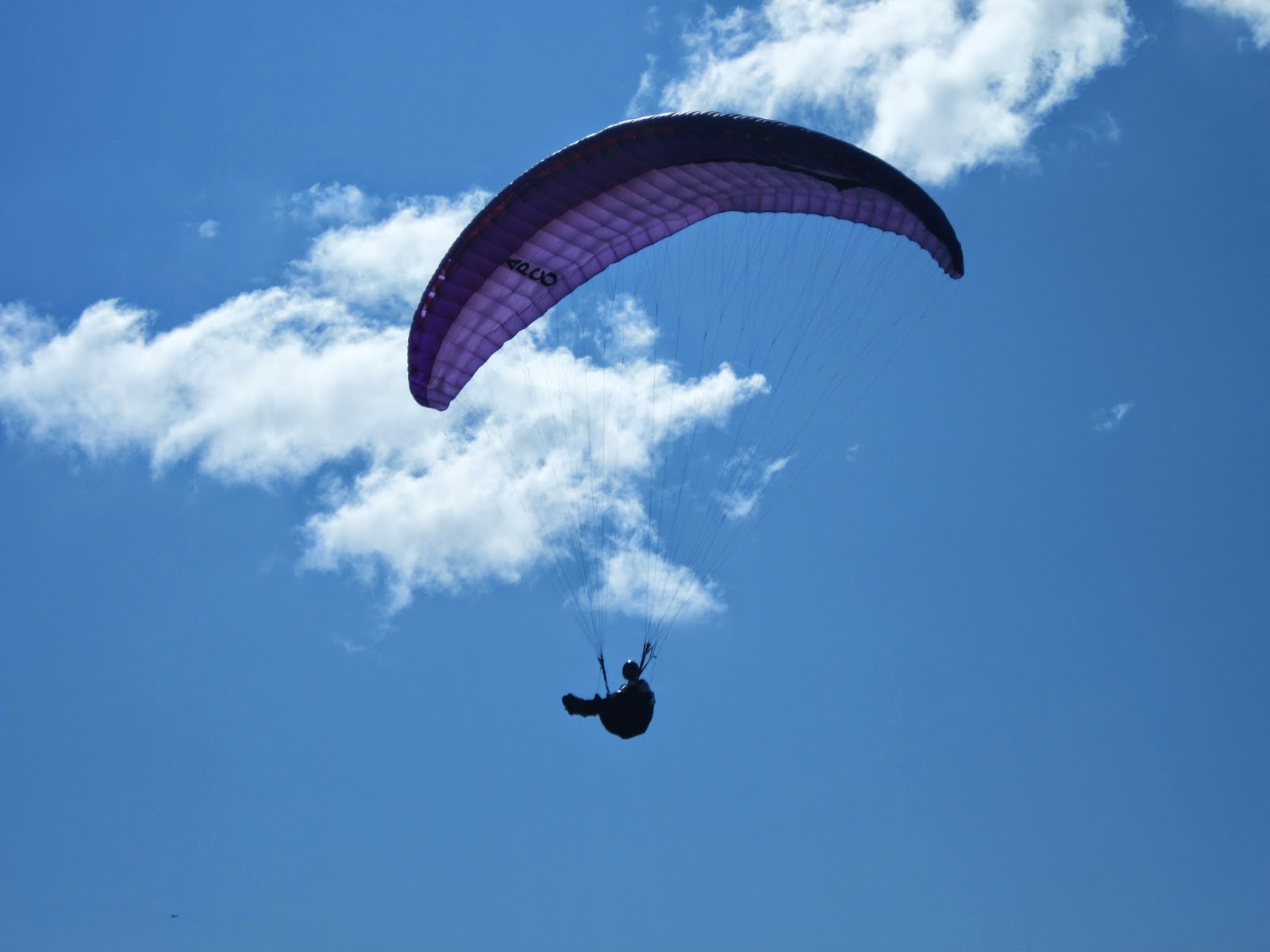 Tantalus Drive winds around the mountain top
high above the city of Honolulu. 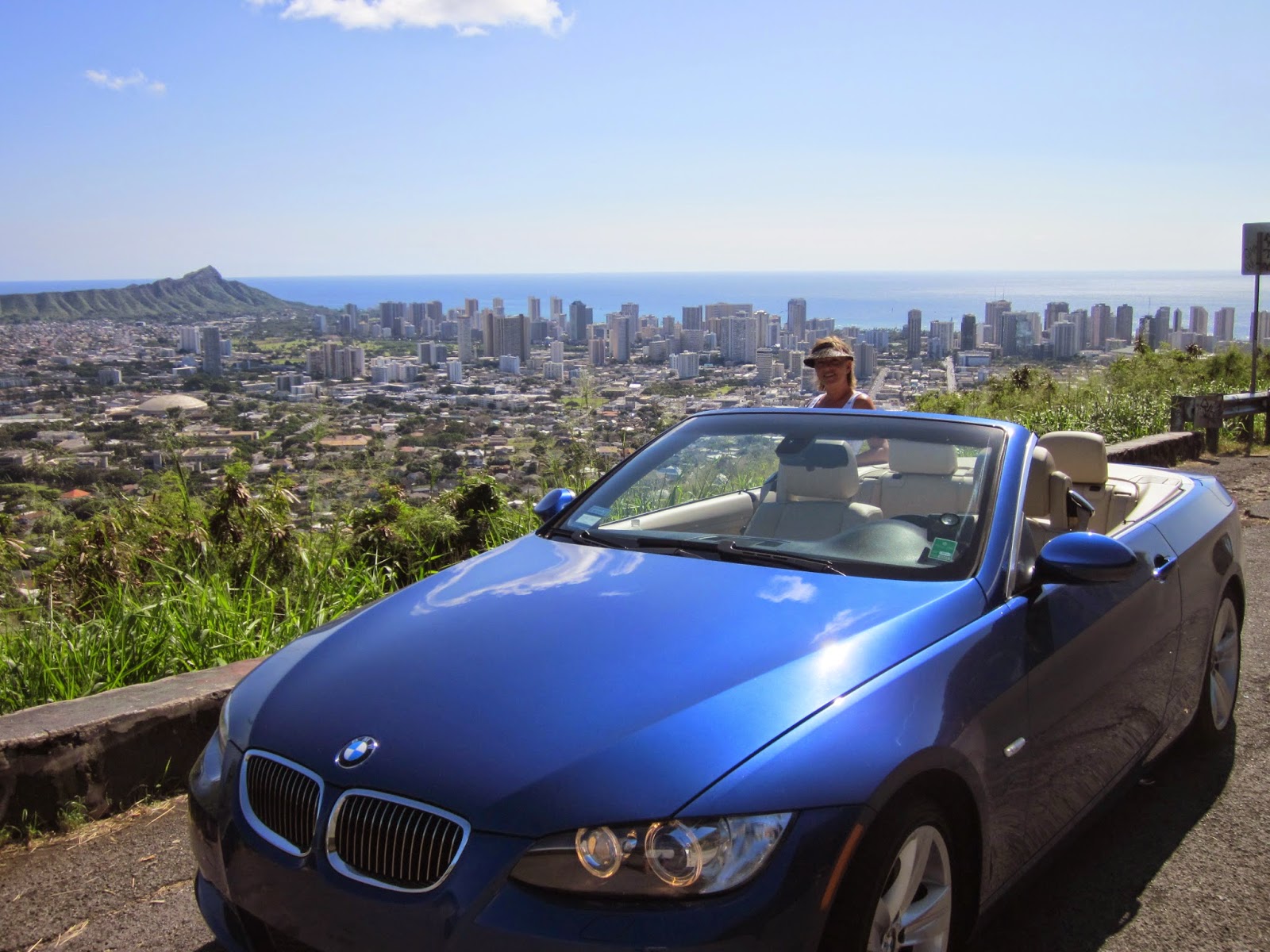 It's a great 'top-down' drive in the convertible,
affording sweeping views of Oahu, 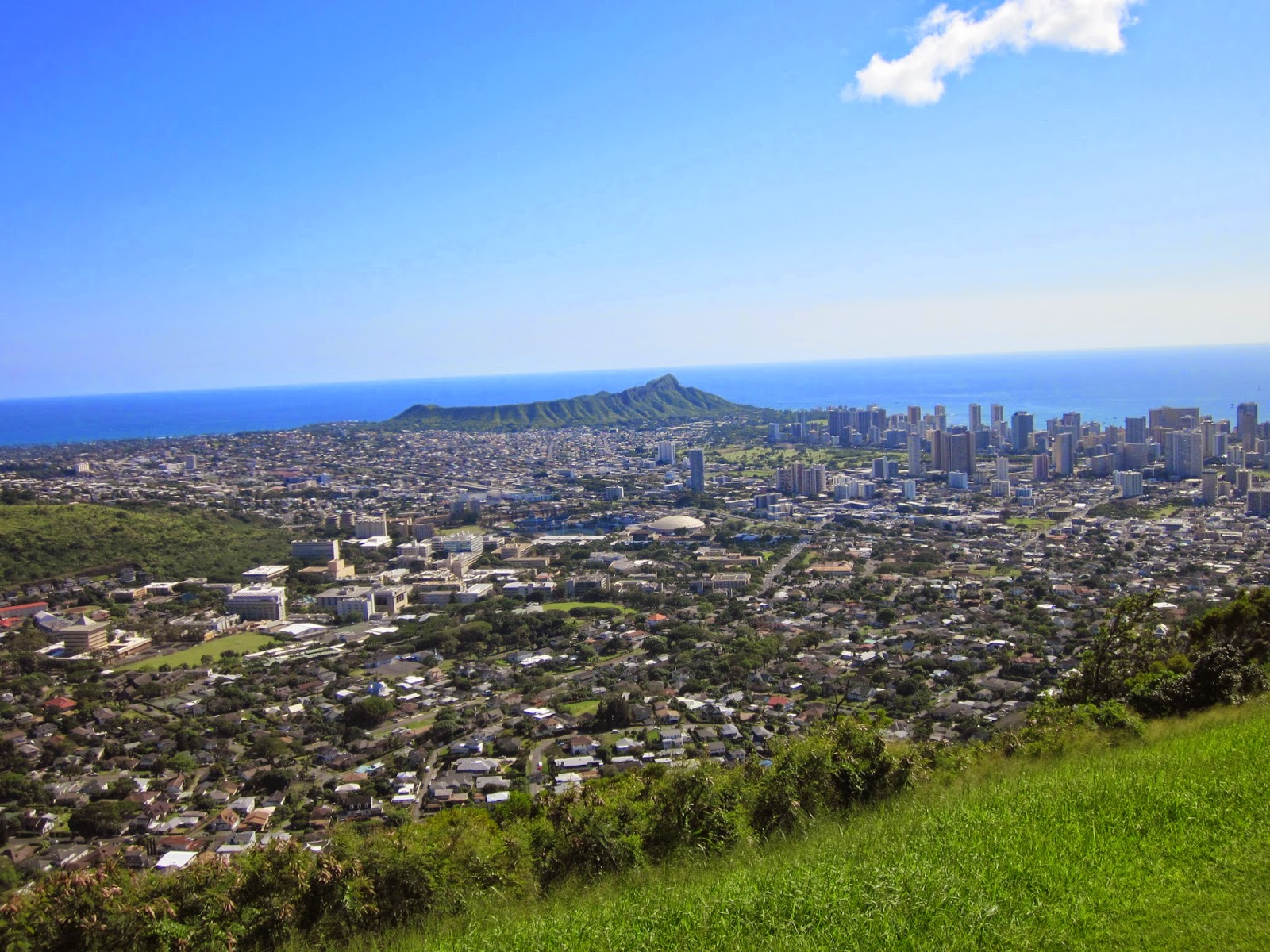 From the city of Honolulu and Diamond Head Crater 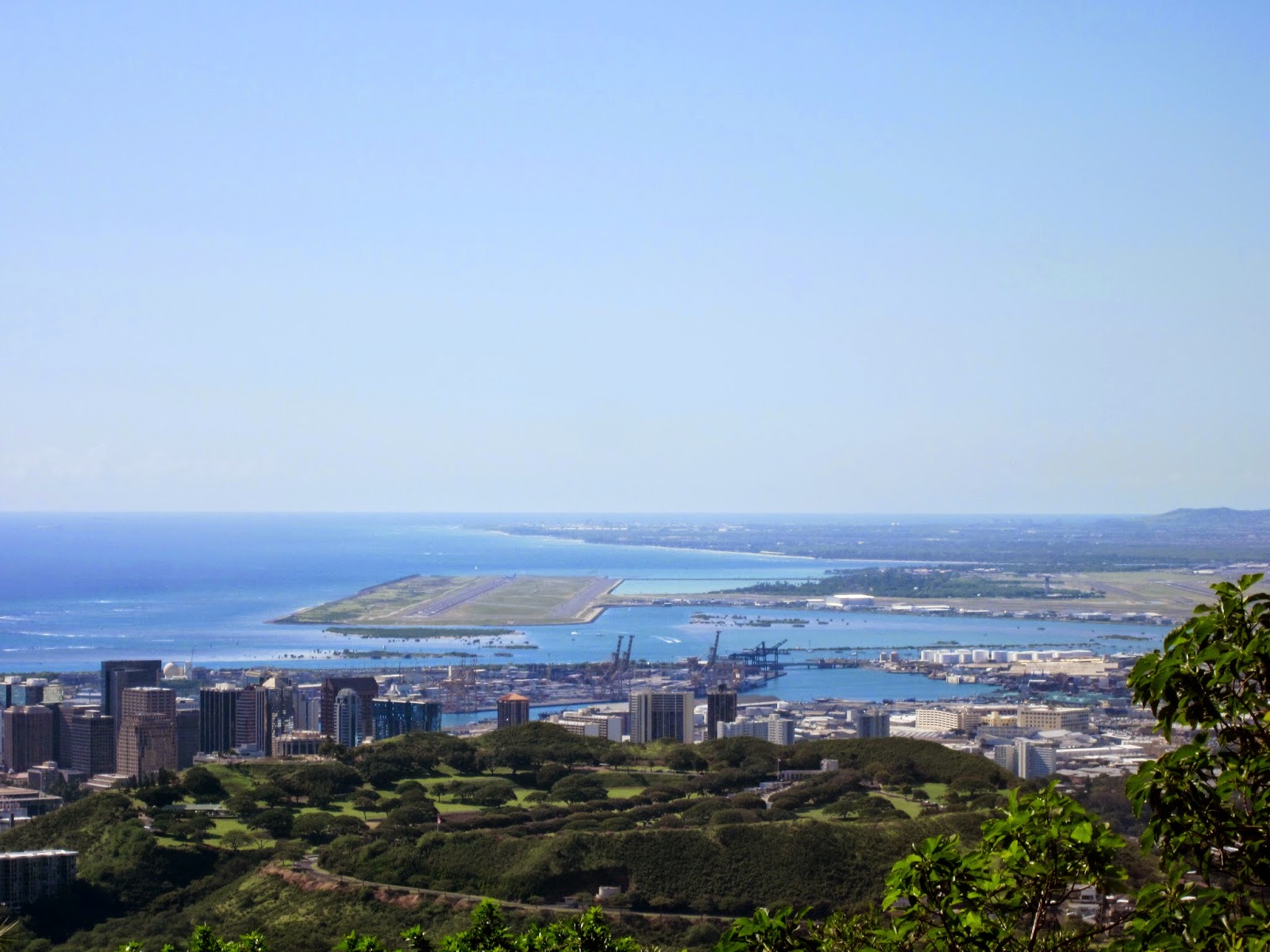 To Pearl Harbor and beyond. 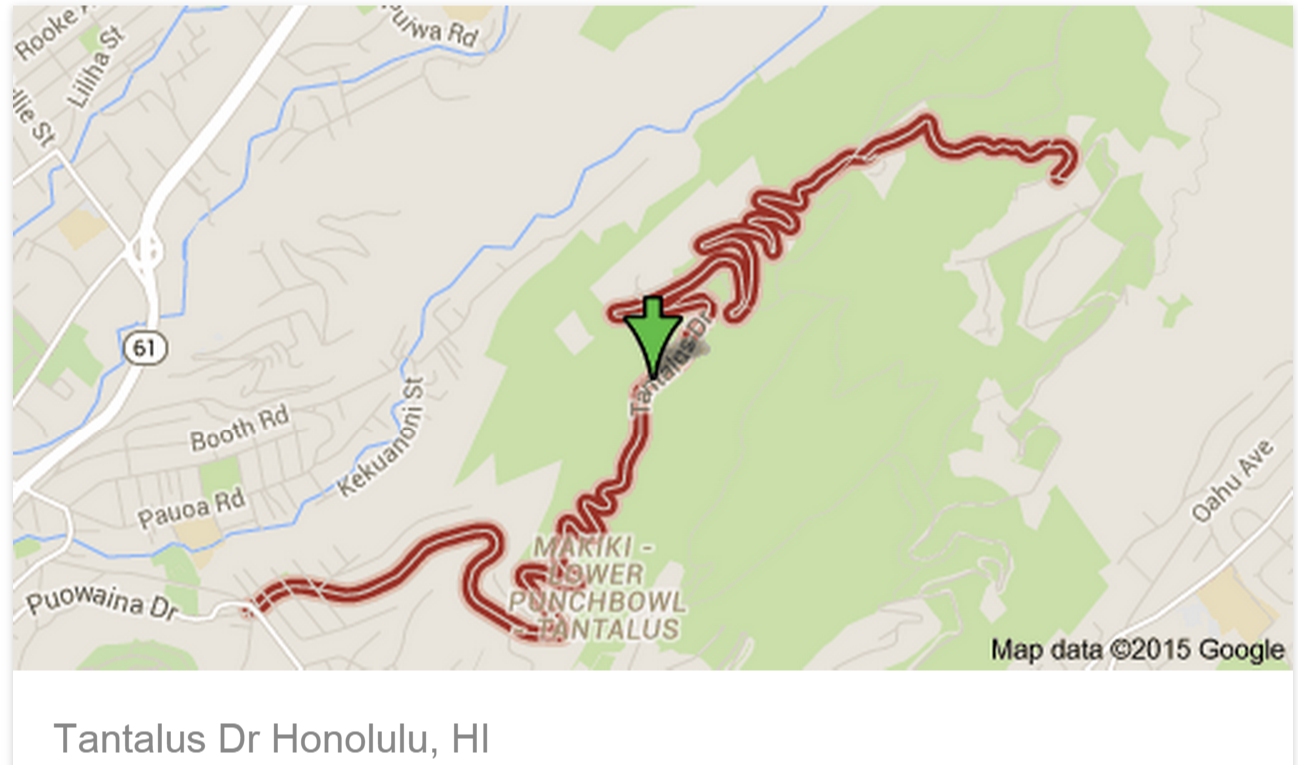 We drive it occasionally, because we love how it feels like 'Old Hawaii', navigating the curvy road, maneuvering all the switch-backs, through the lush, jungle-like foliage. 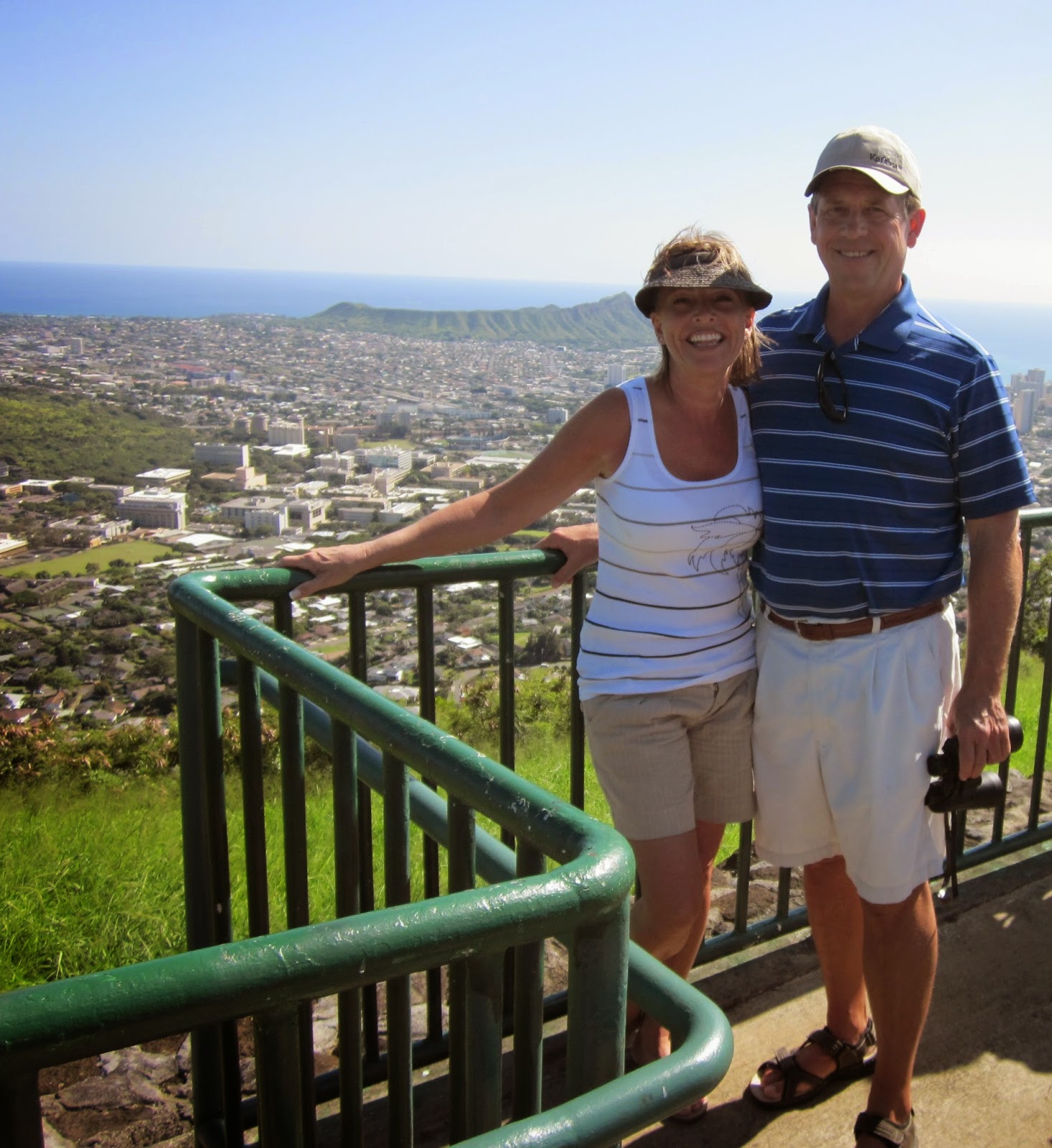 (Just pronounce every vowel, none are blended or silent, and you've got it!   Poo-ooo Ooo-ah-lah-kah-ah)

We usually bring our Hawaii guests up here for a peek. 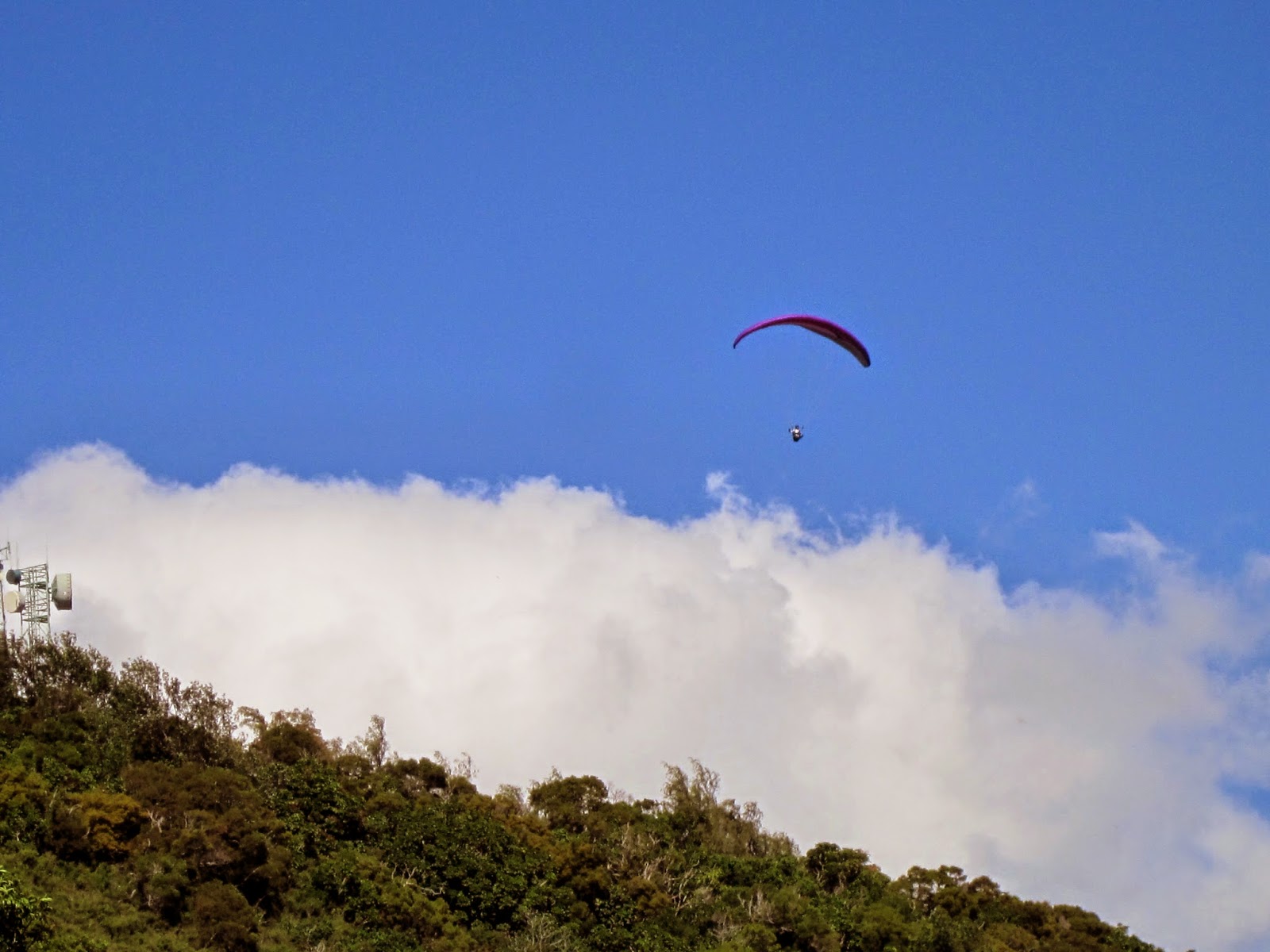 On this particular day, we are fascinated by the extra entertainment. There's a couple of paragliders swooping around on the air currents up here.  They look so graceful, we are captivated. 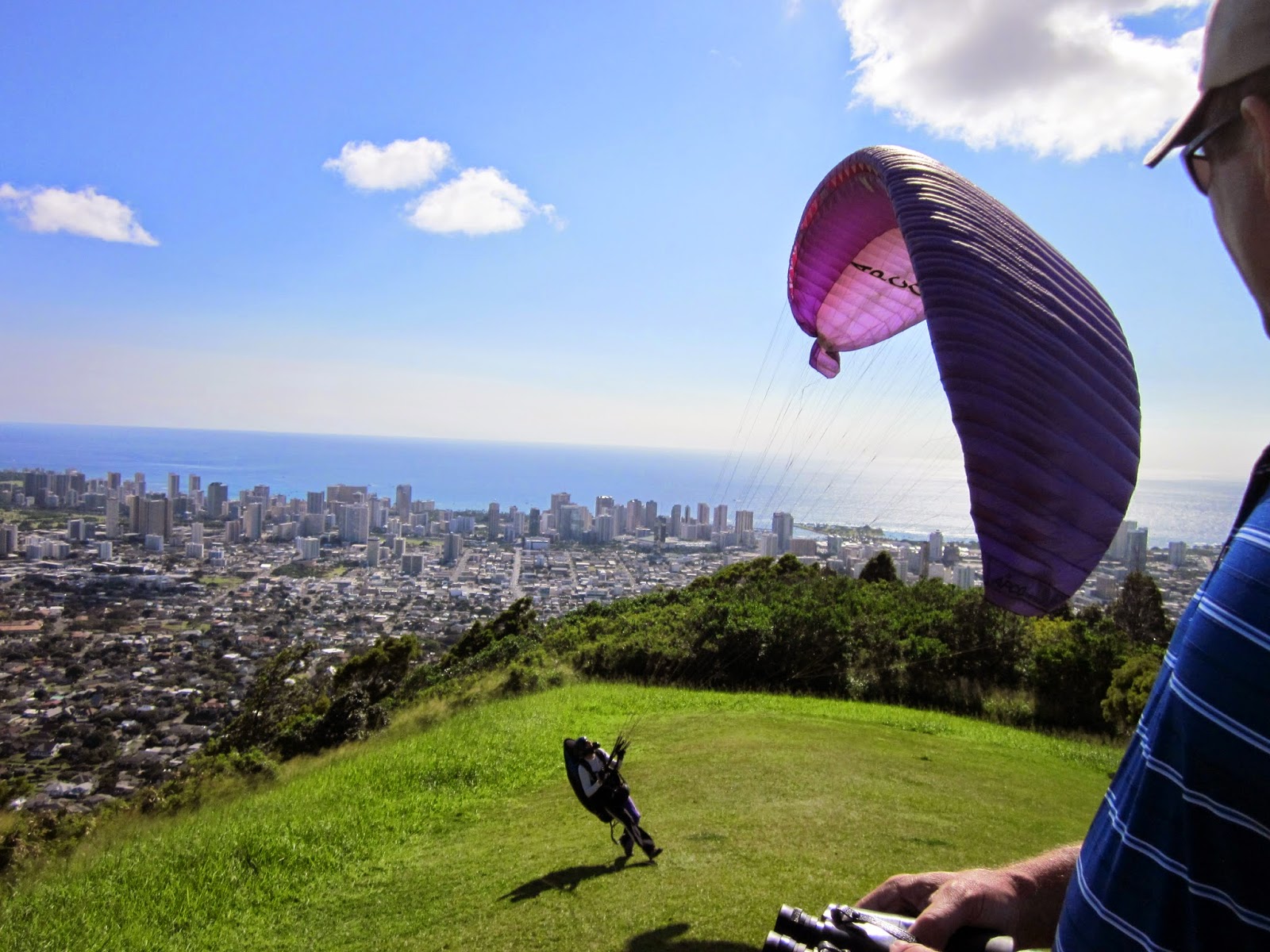 Then we realize that they are taking off from and landing back on this little patch of grass just outside the railings of the lookout. You are seeing the entirety of it, it must look the size of a postage stamp from up high. 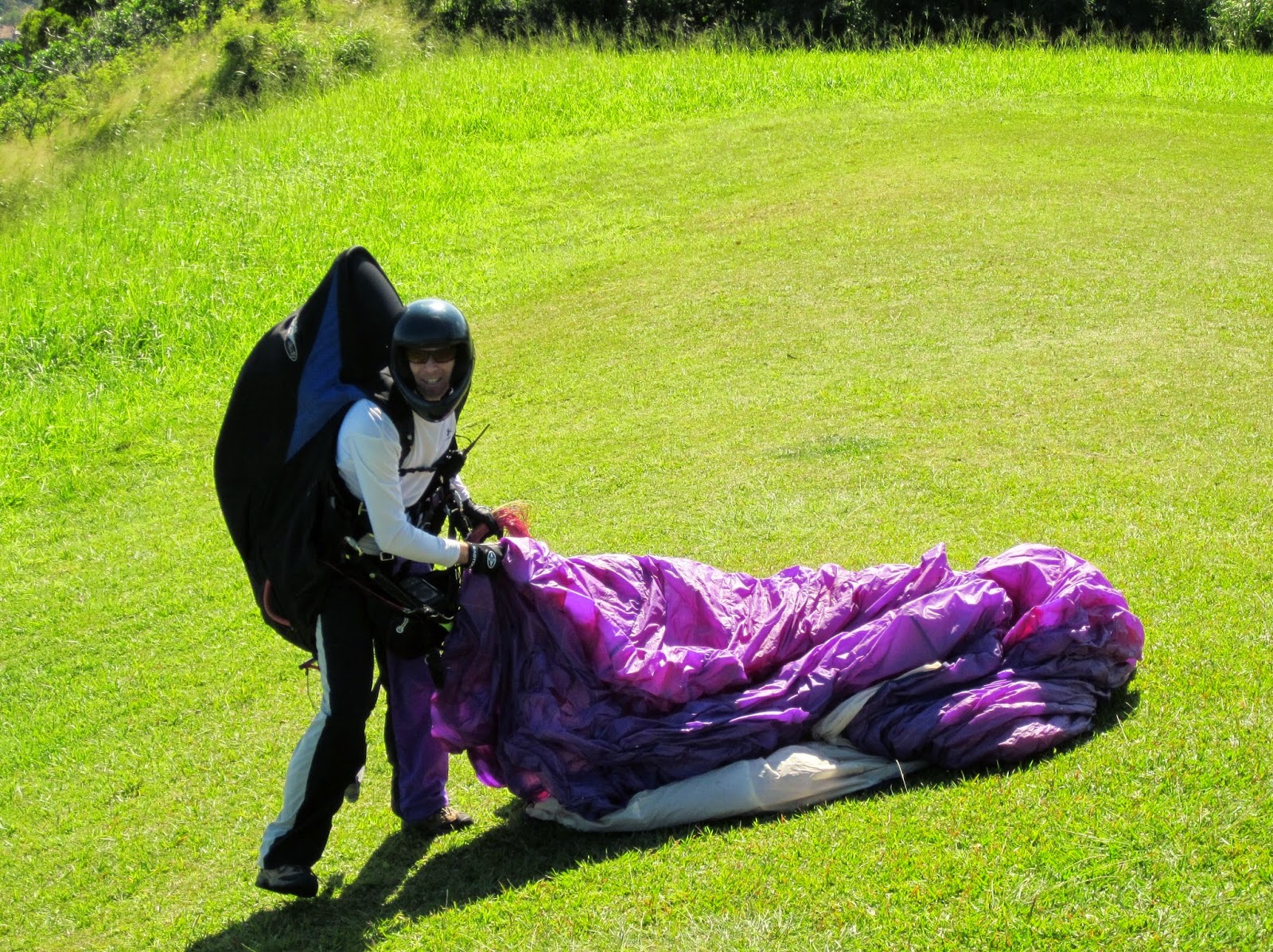 
We are spellbound as we watch the first one land flawlessly.   They have headsets on, so he is radioing to the second guy, who we watch swirl downward on the currents, getting closer, and closer still, and then ~ poof, he spirals back up into the clouds again. 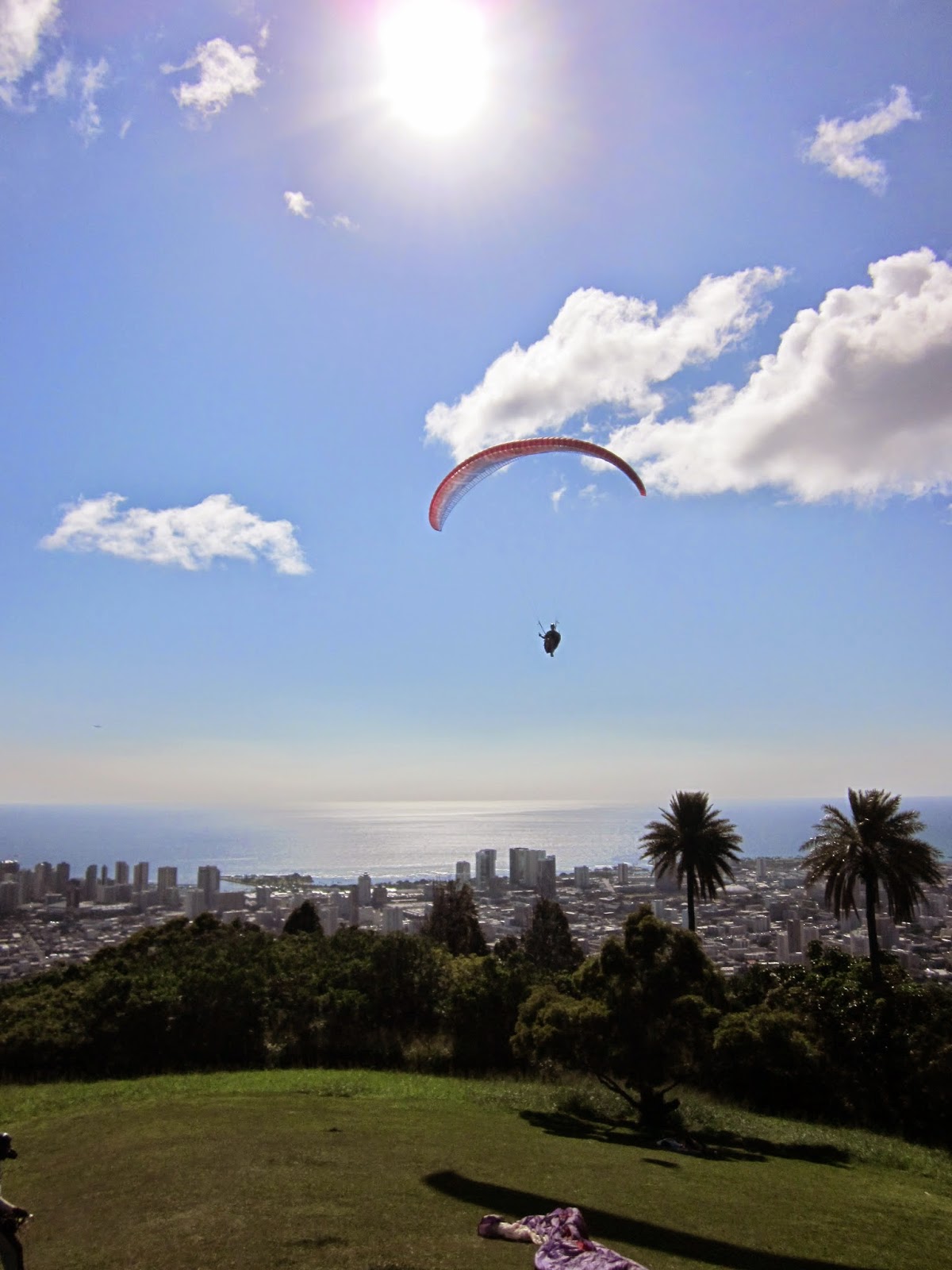 He does this over and over, until we start to think he's going to  hang out up there all day.  It would seem that the navigation is a little tricky since this is a really small patch of grass, that the currents must be just-so for him to land there. 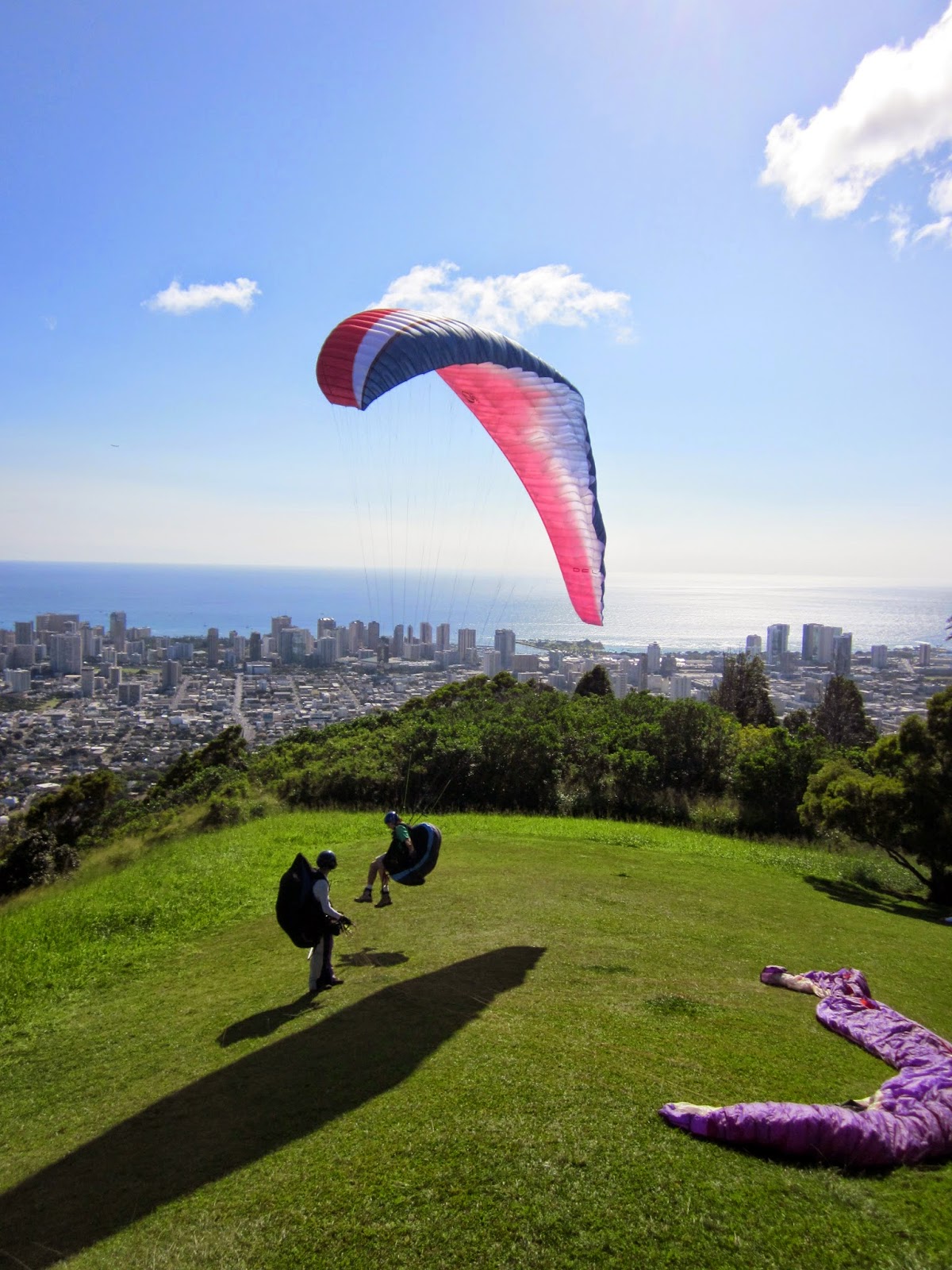 After making several passes, finally the currents cooperate,
and he is back safely on the ground. 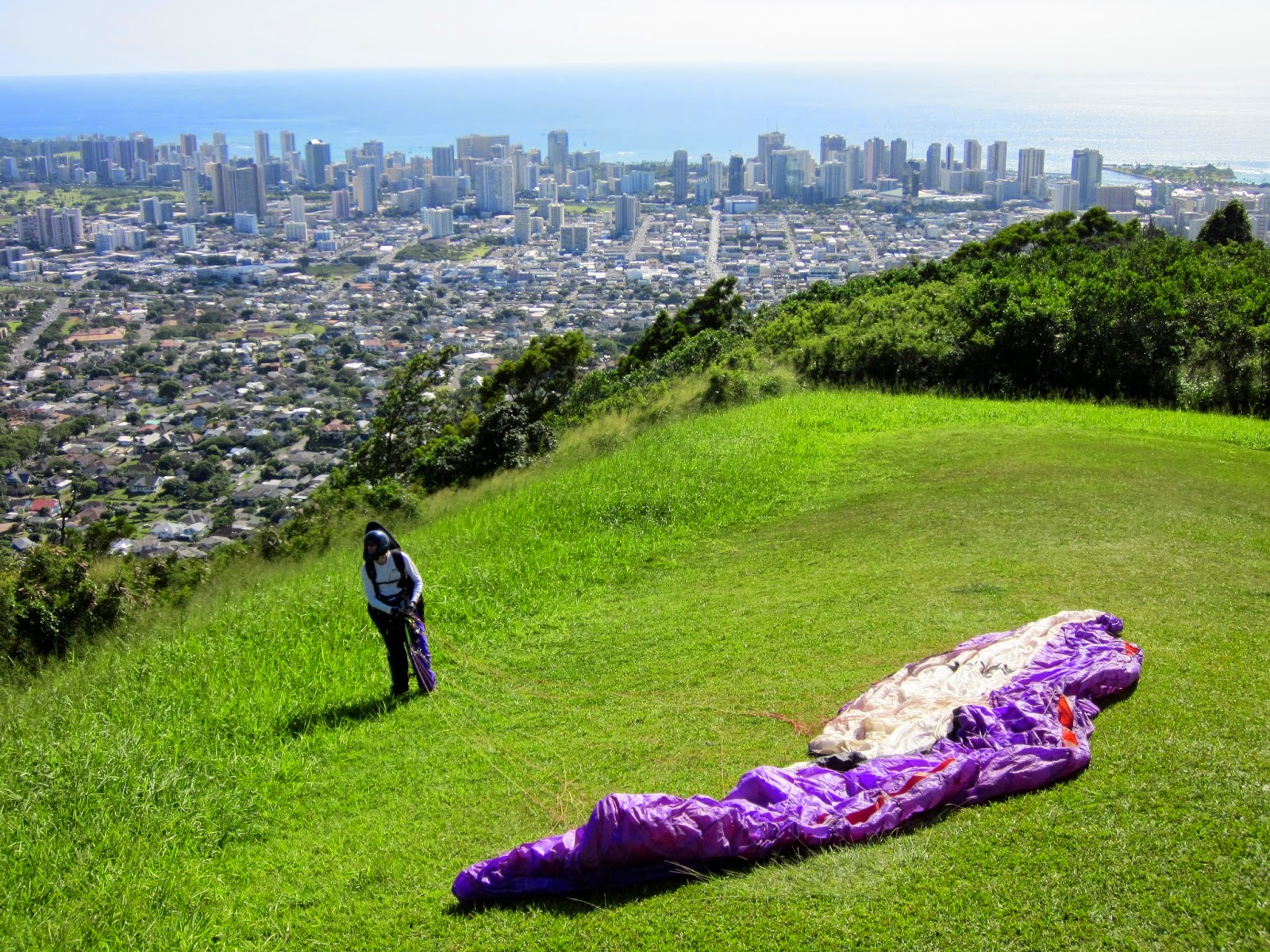 What an unexpected delight.
You just never know what you're going to see on the island.
And that's why I love the island life!
Posted by PassportEnvy.Me at 6:30 PM