To Pet or Not to Pet 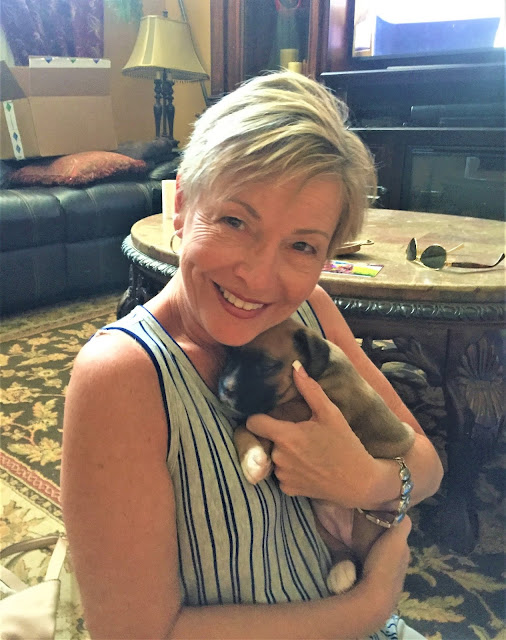 We've got some exciting news at our house.   There's a new baby on the way.   Nothin' cuter than a Boxer puppy -- not in my book, anyhow.

I get asked this question a lot (a lot!) -- "How can you have a pet when you travel so much?"   The answer is simple:  We've been blessed to have lots of dog-share partners.  Folks who love the novelty of having a dog in the house for a short period of time (when we're absent) but don't really want (or can't really have) a full-time pet.  It's surprising how many of these people we've come across, and have come to appreciate.  It's a win-win-win. 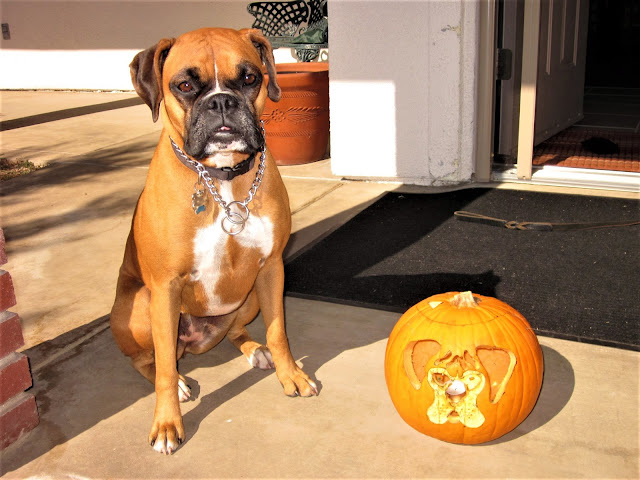 Many of you knew Jazz, my previous Boxer.  Jazz was the very best doggie -- perhaps anywhere on the planet -- ......but she left us to go to doggie heaven at Thanksgiving time a couple of years ago.

I kept thinking I would get past it.   But.   I have not.  I miss her as much now as that momentous day she left me.  Maybe more.

To the point that I've kept her blanket, which still has the feel & smell of her, and when we come back home from being gone Mr. C will catch me crying into it 'cause she's not there to greet us.   I know, I know, grown woman and all that.   But if you knew Jazz, you know why.  And if you didn't know Jazz, then.....I'll never be able to explain it to you.

Jazzy was the kind of dog you could just talk to, and she understood what you were saying.   Sometimes she even talked back -- and I always understood her, too.

Boxers are highly responsive and affectionate, and so she always wanted to be where I was.  She shared my morning cuppa' time, whether inside or outside. 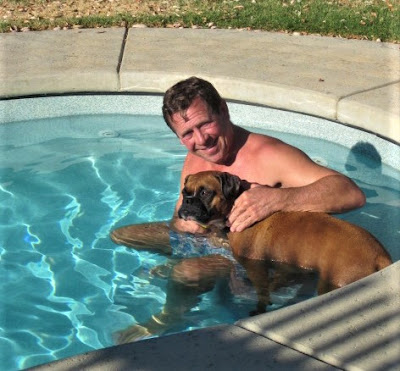 She shared my pool time -- it's unusual for a Boxer to take to swimming like she did, but because I loved the water she did too!


If I sat to read a book or watch some television or a movie, she was at my feet.  Always.  Many times I sat with her on the floor so that she could be closer to me (I mean, it's only fair since she wasn't allowed on the furniture!). 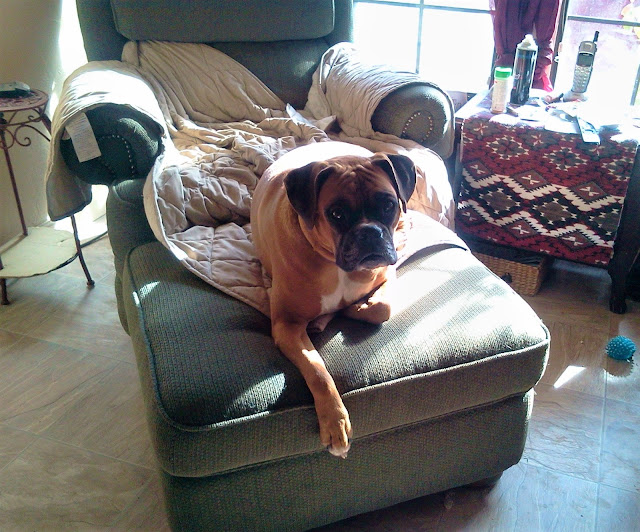 Well, at least she wasn't allowed on the furniture at MY house!
Mary Chapman, though, was another cup of tea. 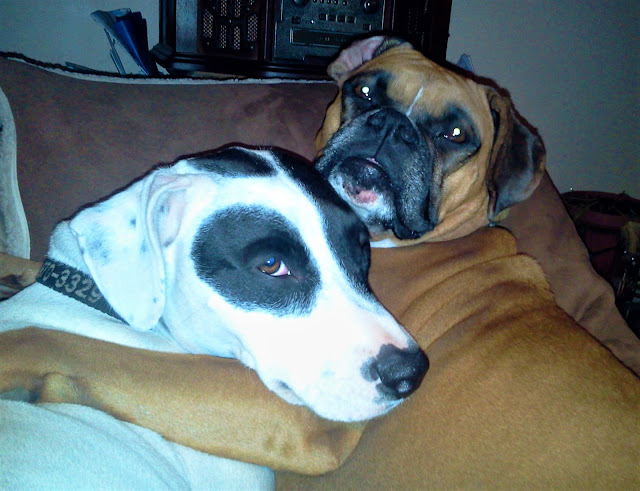 And sometimes she had a buddy to play with, that's always a good thing!   Here she's with Mary's dog Fabius.  And yes, once again, on the furniture.

And she adored son Trevor -- nobody gave her a roughed up ear rub like he did! 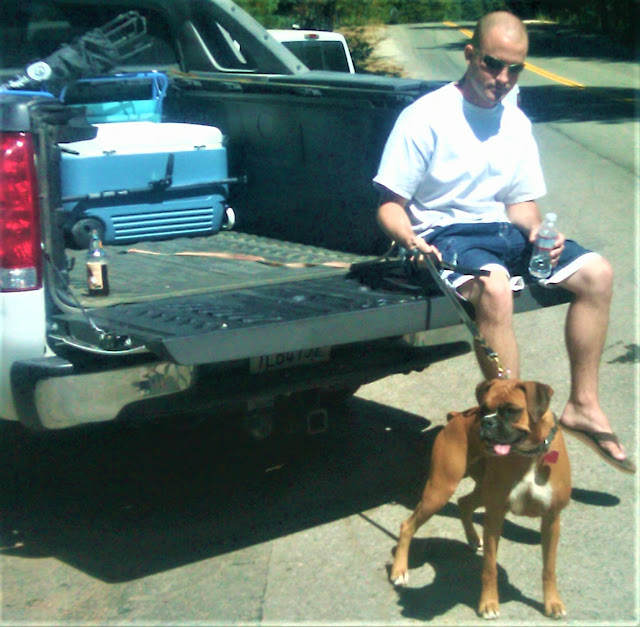 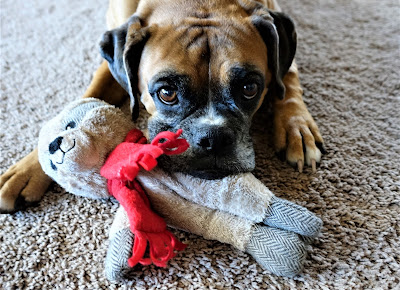 She saw me through the very worst time in my life.  I moved her crate into my room so that I could hear someone breathing when first sleeping alone after 33 years.  She made sure my life and my house (and my heart) were not completely empty during that time. 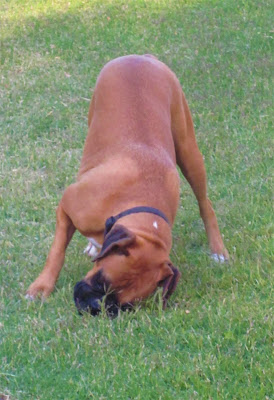 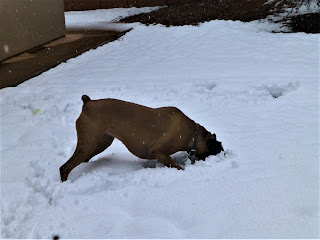 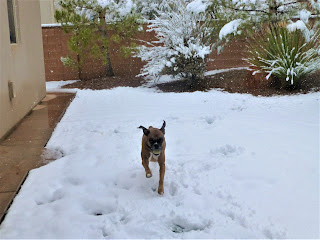 She was good for me in so many ways.  Companionship, exercise, stimulation, activity, loyalty, so much love and affection.   And I still miss her terribly.  (Excuse me for a moment, I have to go find a tissue.....For real). 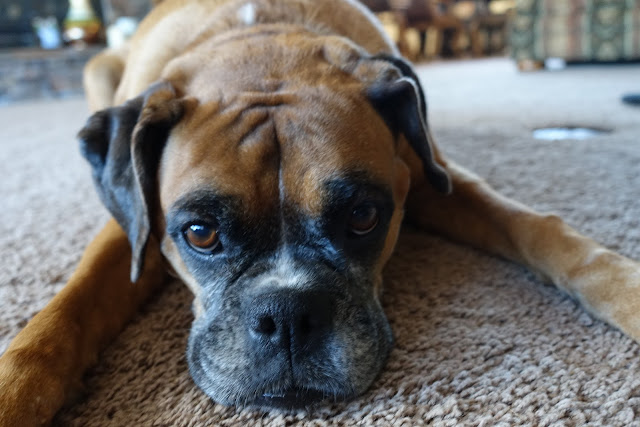 You were the best of the best, Jazzy, and I was so lucky to have you
and the many who shared you with us!

So now that our lives have settle down a bit, and I've realized that I can't get over losing her, we've decided it's time to remedy the void she's left.  While no one can replace her, I just can't seem to get past now having a dog in the house.

So it's time to add a new puppy to our family.   Now that we are settled in our new home, which as an acre + for her to claim as her own, with bunnies AND jackrabbits (they're 2 different critters) and birds AND ducks in the pool and roadrunners AND quail and frogs to chase.......Now that we are nearly fully retired, now that we are both at home full-time (except when traveling!).....It's just time. 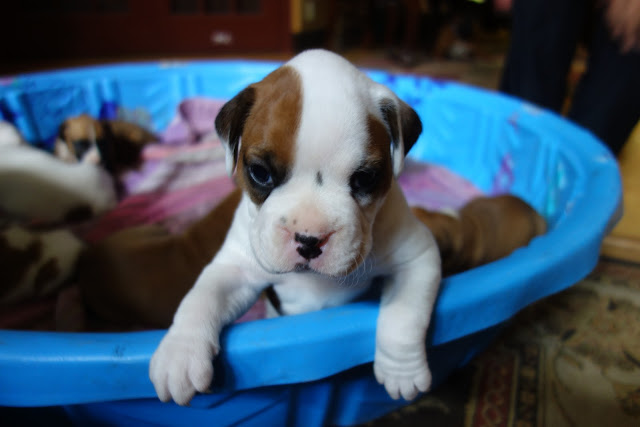 Mr. C is as excited as I am.   Yes, a new puppy is a lot of work.  Yes, they take a lot of time to train properly.  Yes, I couldn't be more excited about all of it.

Our local "Puppy Store" has a couple dozen puppies of all breeds -- none of which knocked on the door of my heart.  Exactly one Boxer -- already a rescue dog at 20-some weeks, sequestered in the back room because he's "getting over something".  For $1,500.00!!   Holy smokes, you've gotta' be kiddin' me!!

So Mr. C went on the hunt for a litter from a private breeder.   The registered dogs are still super expensive.  But I don't want to show her or breed her, so I don't really care if she's papered or not -- I just want the traits of the breed. 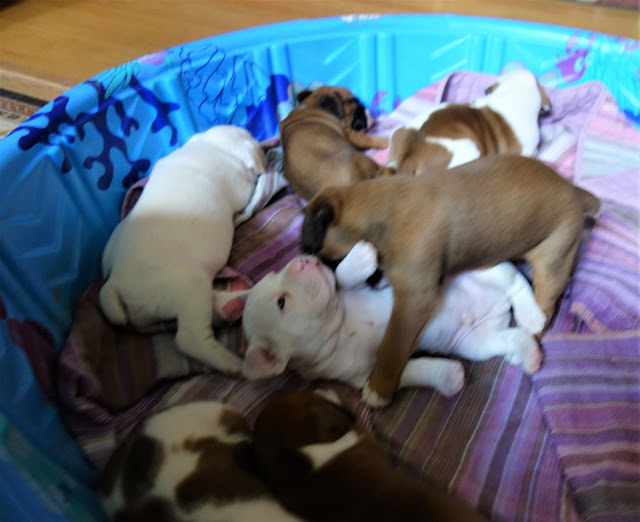 And this is what he found.
A litter of 6 adorable puppies with a family who owns both Mama & Papa Boxer.  At a fraction of the price of the Puppy Store. 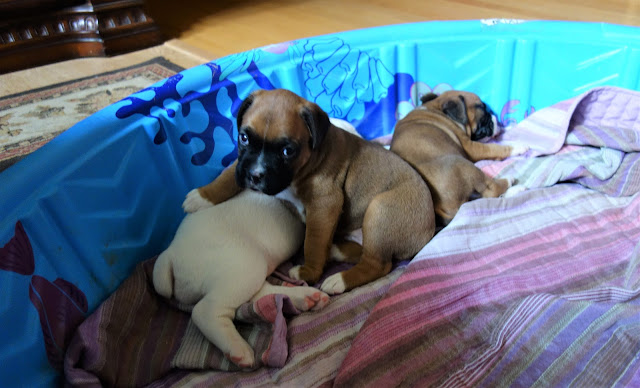 And, while we have our eye on our favorite,
I believe she also has her eye on us........
She's only 4 weeks old, too young to leave Mama, so