In the Path of Hurricane Lane 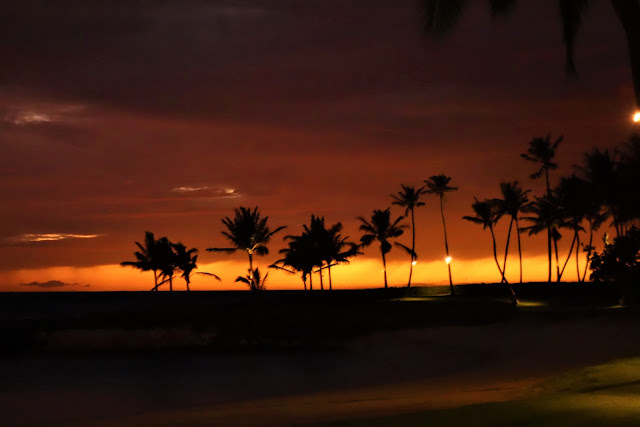 We've been in Hawaii for several "Events of Nature", including a couple of tropical storm warnings and a couple of Tsunami warnings.


This would be our first hurricane, though.


We are such a small target, this cluster of tiny islands in the middle of the Pacific.  It's sort of miraculous that there could even be a confrontation, yes?   How do we happen to cross paths with these major storms?  What did we do to garner this kind of attention?  They've got the entire Pacific to use and abuse as their playground, why pick on lil' ole' us?!?   What a tiny target we are in the larger scheme of things.

Nonetheless, we are slotted for this Category 5 Hurricane.


Here's what we've learned so far:

I suppose that's an important distinction, but ..... not to me, sitting on the island, waiting for the worst of the storm.

We're on the island of Oahu, so we have the advantage, if you can call it that, of the fact that Hurricane Lane will first hit the the Big Island and then Maui; and that will give us an idea of the velocity of the winds and the amount of rainfall expected.

20 - 30 inches of rain is predicted.   That's a downspout.  Flooding on the Big Island -- pictures just coming through on the 10 o'clock news tonight -- is major.

There is a lot of talk about stocking up. 14 days worth of food & water for each member of the household.  That's daunting.

Shelves are empty here.  Even the evening news states that big stores like Costco are officially out of the following:  Bottled water, toilet paper, batteries, and generators.  I've never heard Costco's inventory announced on the evening news!   Coffee.  They didn't say anything about coffee.  I'm going to need extra coffee to get through this.

The deal here, on an island, is that we will be out of these basic necessities for some time to come. 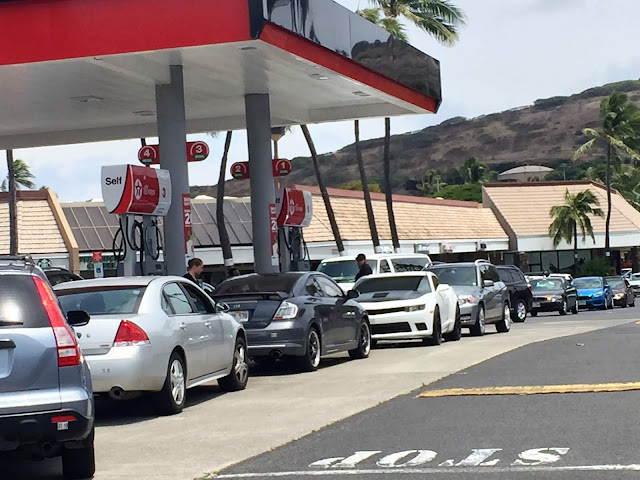 There are looooong lines at the gas pumps -- for the same reason.  I heard a visitor remark that they thought it was so odd.   After all, it's not like you're going to jump on the freeway and drive to the next state to escape the storm.  But if you know the islands.......you understand that a full tank of gas means you'll be able to get to work (or to the beach) after the storm passes, and you'd best get it full before the island runs out of gas.  Literally runs out. 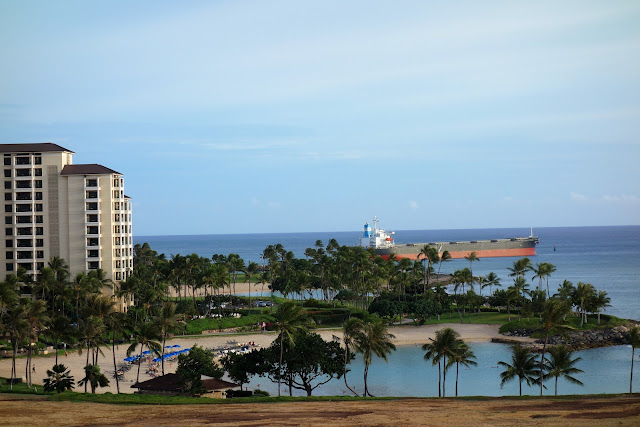 The Honolulu Port closed two days ago.  An official notice was sent to all vessels that all who are over 200 tons are expelled to sea -- until further notice.  This tanker is pulling out from our smaller port @ Ko Olina.   Bye-bye big guy.

Then, the Port authorities will gradually stagger re-entries -- if the Port remains undamaged that is.   Otherwise it may be weeks while repair supplies are rounded up (remember, these supplies ALL come in -- you guessed it -- through this same Port!) and repairs are made.

I learned that the other islands will suffer along with us, as ALL supplies for ALL the islands come first into and are off-loaded to Honolulu's Port; and then are re-distributed to the other islands on smaller vessels.

While all this makes perfect sense, and we have the basics in place, I'm a little worried about my Kona coffee supply.  Should have zipped out to the Coffee Farm (on the way to the North Shore) for an emergency supply.

Our island tourist attractions closed on Thursday at noon.  Pearl Harbor was one of the first to announce, along with  government offices and schools; and other attractions soon followed suit.  This is designed to keep both visitors and island employees safe. 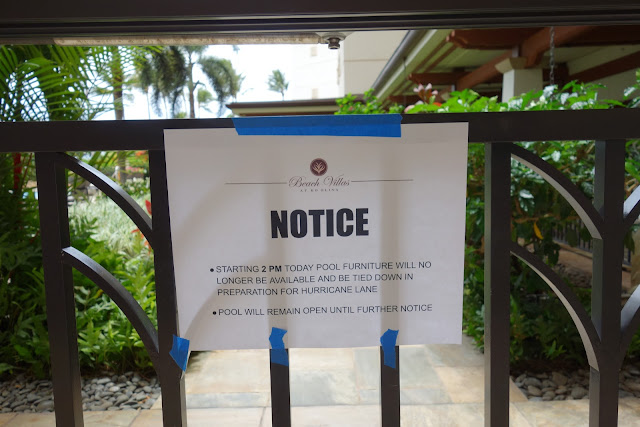 Our Ko Olina Community is entirely shut down, also.  The resort hotels nearby have announced that they are servicing in-house guests only (no running down there for shelter or to snag a meal in their on-site restaurants!); Ours is a Resort Condominium, so we have no on-site restaurants, but our Beach Bar is closed. 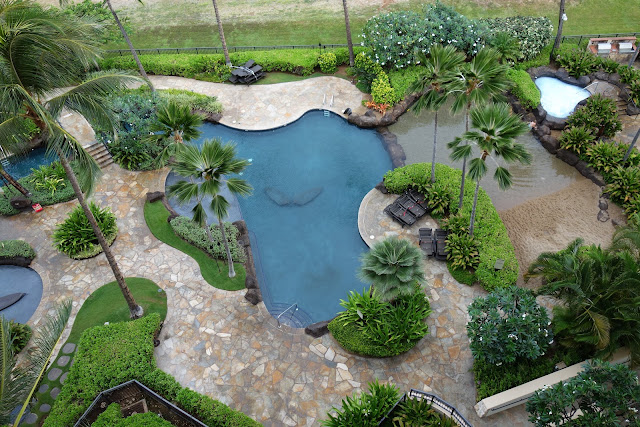 I learned from some Florida guests who've weathered Hurricanes back home that one of the safest places for the pool furniture -- can be at the bottom of the pool!   All the rest had to be stacked and roped in place; 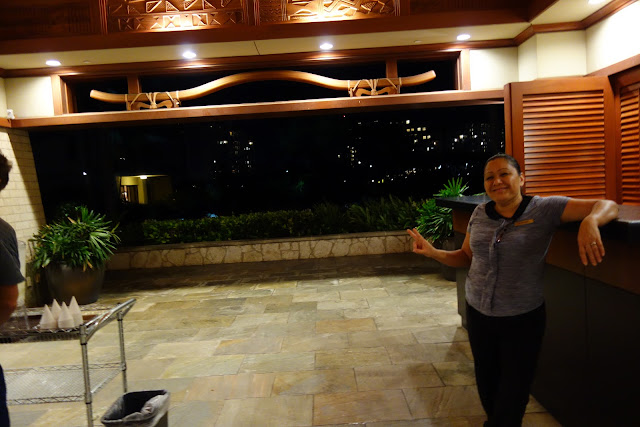 All the equipment and furnishings in our beautiful open-air front desk had to be relocated.  It's been an amazing thing to watch the staff pull all this off!   Islanders have a tremendous respect for storms -- understanding that we are on our own out here in the big Pacific Ocean -- and nobody wins when they scoff at Mother Nature. 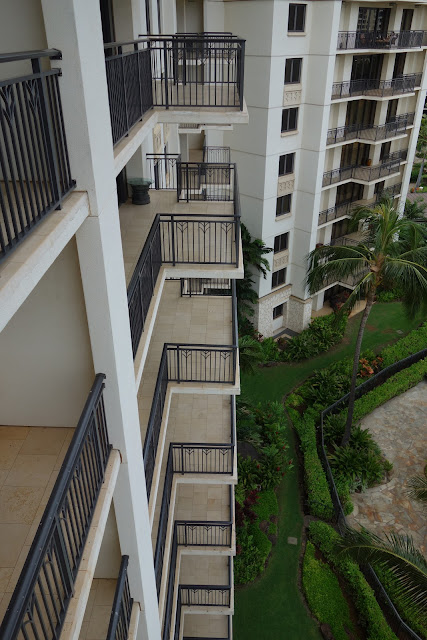 We've pulled in all the lanai furniture, as has our entire complex and all of our neighboring hotels -- as anything that's not bolted down can become a projectile in high winds.  It feels a bit like a ghost town around here!


Residents and guests at Beach Villas are being asked to "shelter in place".  Another new term for me.  Meaning -- stay put!   Stay off the roads, stay inside, hunker down with some neighbors.  In my case, I'm thinking I'll break out all the board games and card decks and serve up some Mai Tai's and invite the neighbors in my building -- my very own Hurricane Lane party!

We've got the basics in place.  We've got flashlights with fresh batteries waiting on the counter in case we lose power.  We've got bottled water, and have filled the bathtub(s) in case we lose water.  We have a big pot of soup on the stove, which could feed an army of neighbors if need be. 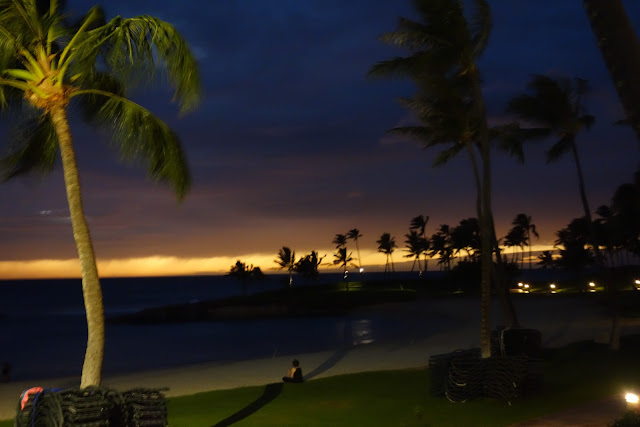 Posted by PassportEnvy.Me at 5:41 PM