Photo Of The Day -- Galapagos Day 1 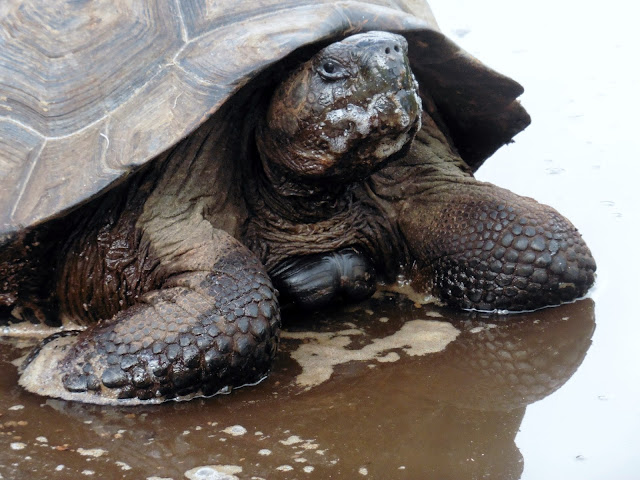 If you're like me, I thought the big thing in the Galapagos Islands was all the animals.
I was wrong.

The big thing about the Galapagos Islands, it turns out, is not the animals.  It's the abundance of the animals (they are simply everywhere); and the fact that they are not afraid of humans in the least.

It's the proximity to the wildlife that's the big thing ~ you can literally reach out and touch them ~ (except of course, you can't touch them, because that's not allowed; because then you would be teaching them to be afraid of humans).  I can't tell you how many times I nearly tripped over or stepped on some poor unsuspecting creature along the path.  We are visitors in their world, for sure.

You don't even need a zoom lens on your camera to get photo's like this one.......

Posted by PassportEnvy.Me at 10:28 PM