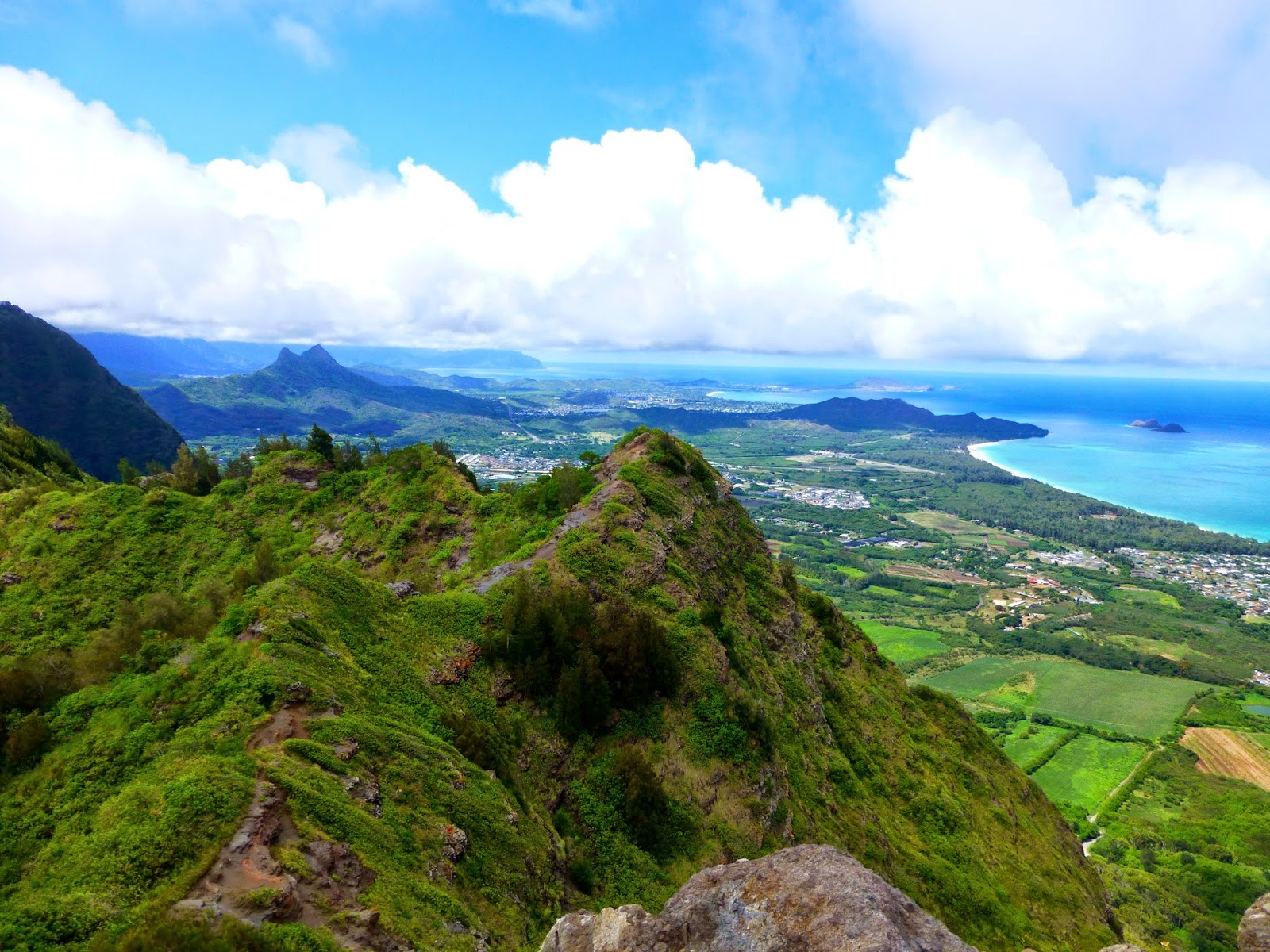 Today's Hawaii hike will take us high above the leeward side of the island.  It's official name is Kaluanui (let me help ~ pronounced Kah-lou-ah-newie) Ridge Trail, but it has been nicknamed the (much simpler) Mariner's Ridge Trail.
It's three plus mile hike to an elevation to about 1,000 feet.  It took us about 2 1/2 hours, which included my frequent photo breaks.

As you might suspect, it's mostly uphill to the top ~ 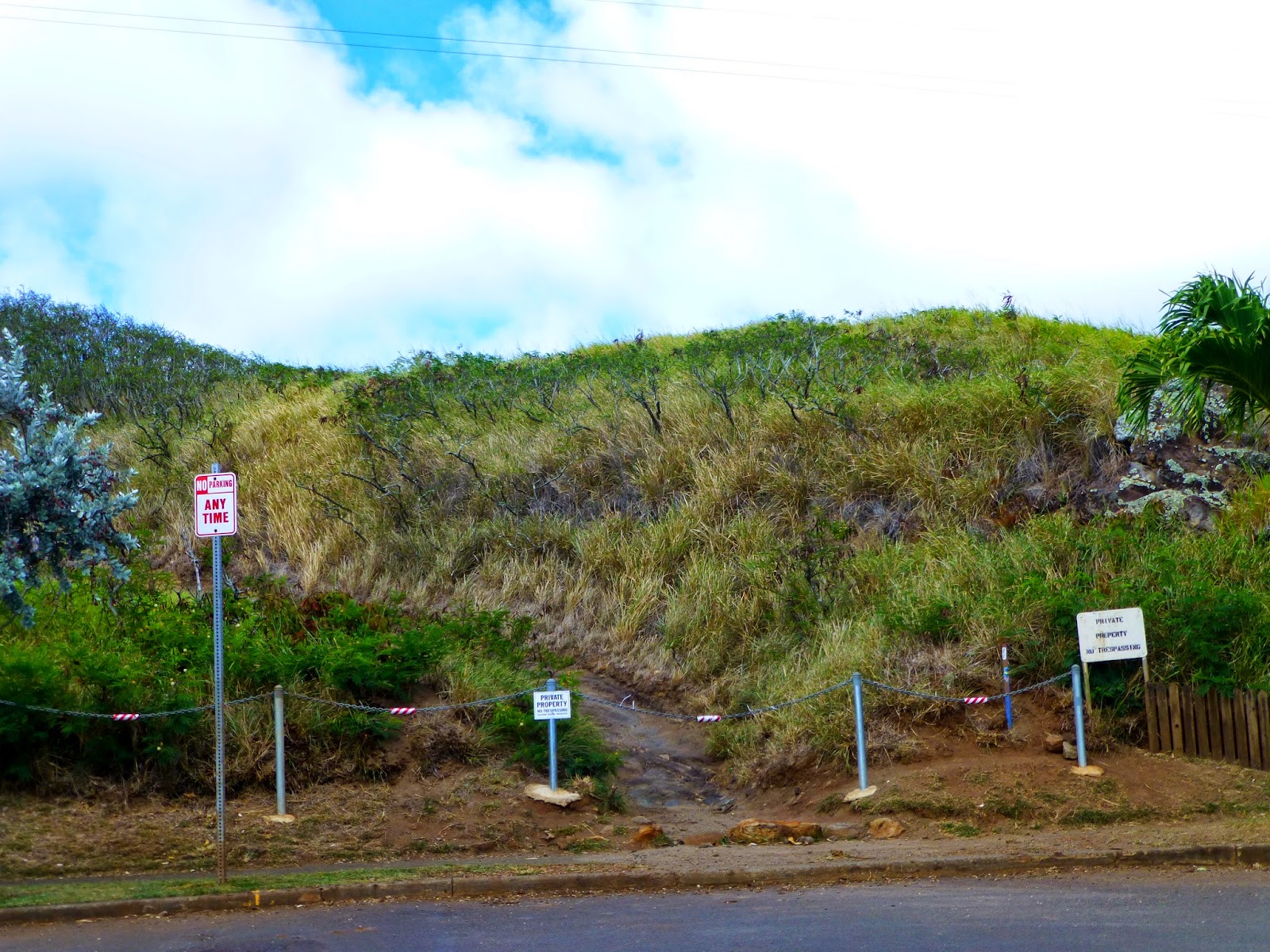 Like many of the hikes on the island of Oahu, this one begins in a neighborhood, as housing tends to nestle into the little valleys at the base of these regal volcanic mountains; so we just find a parking spot on the street and head on up. 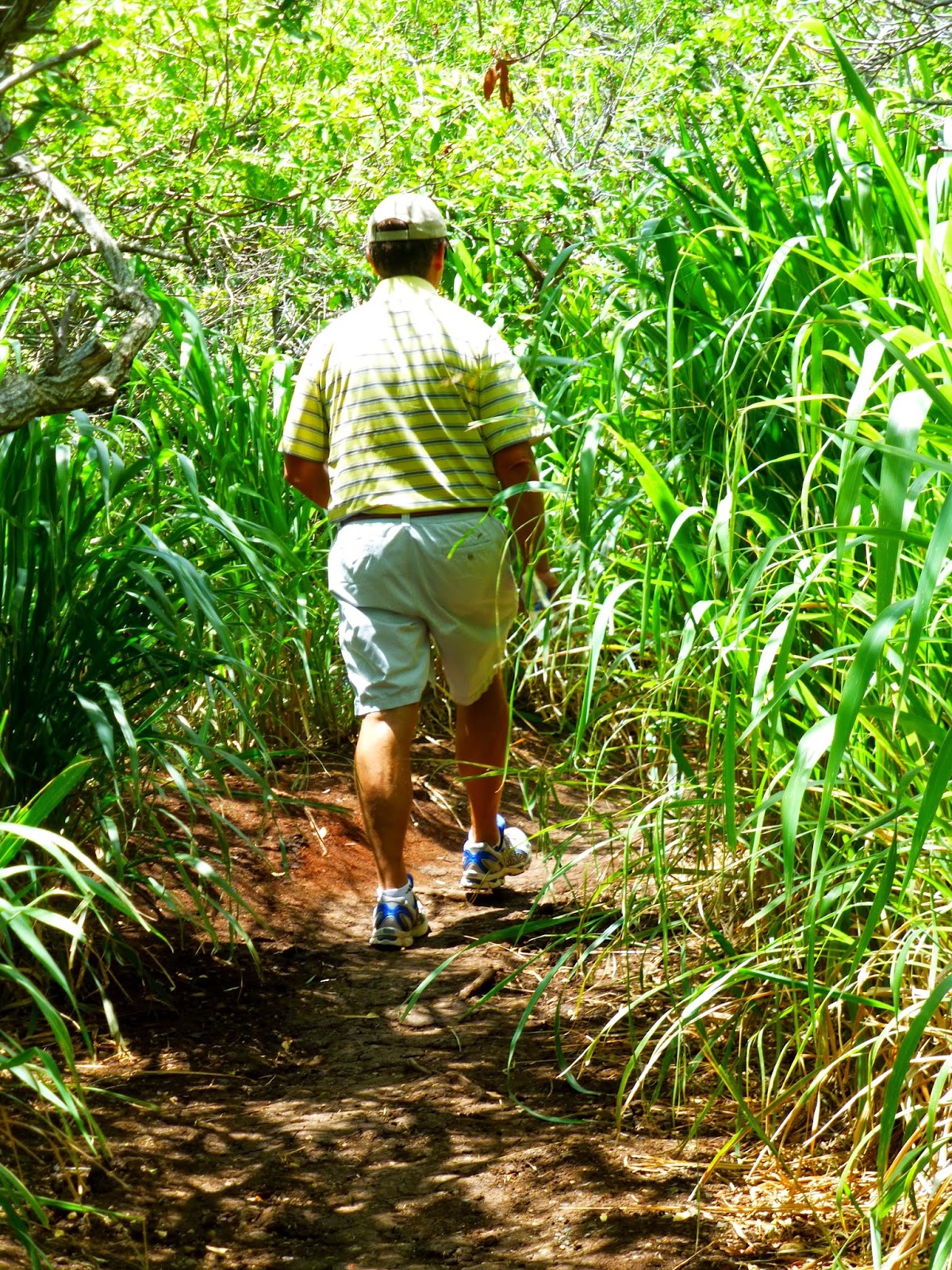 It starts out pretty lush and jungle-like. 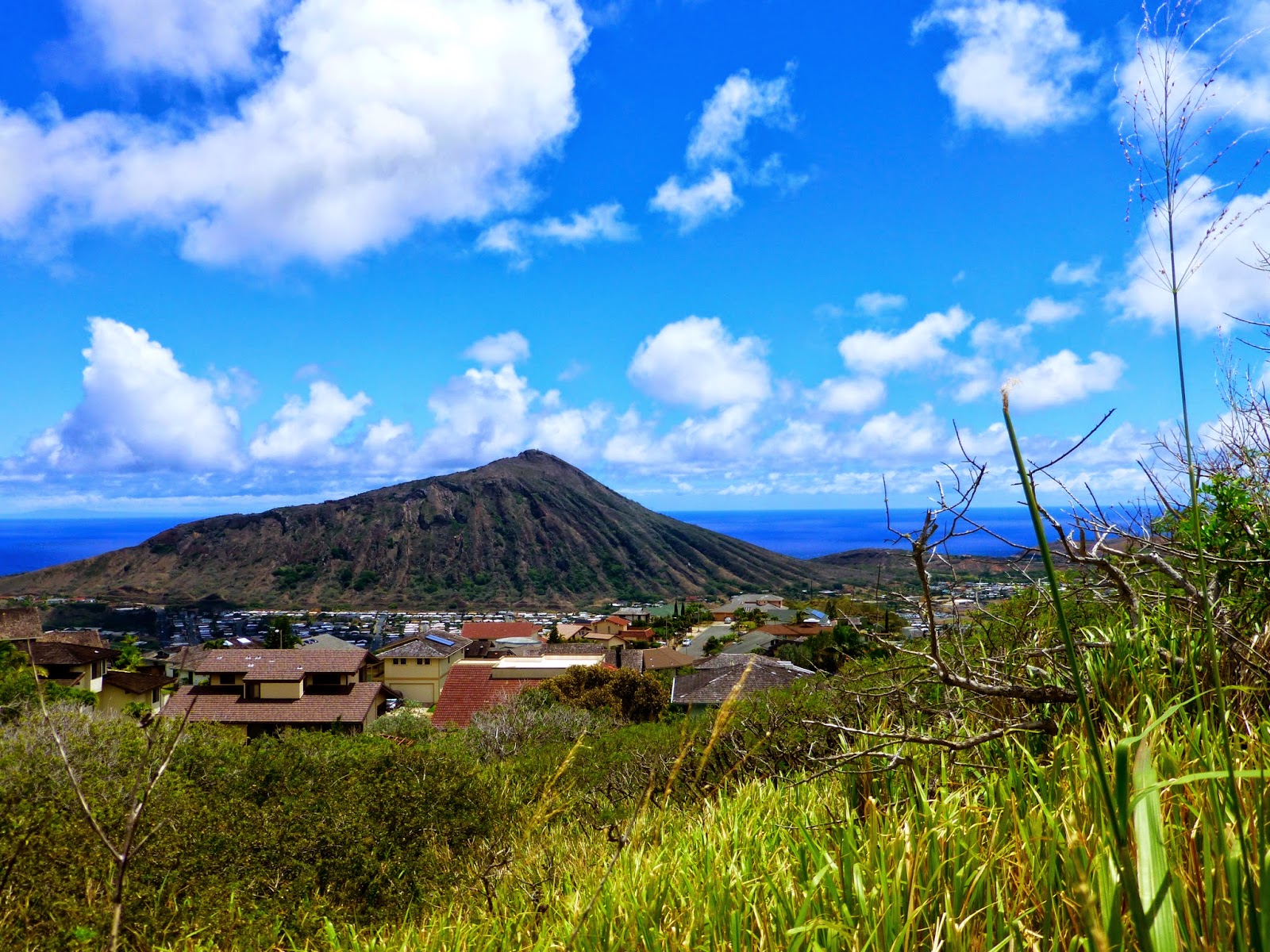 But it changes pretty quickly as we start to climb.

Here we get a stunning view of Koko Head Crater. 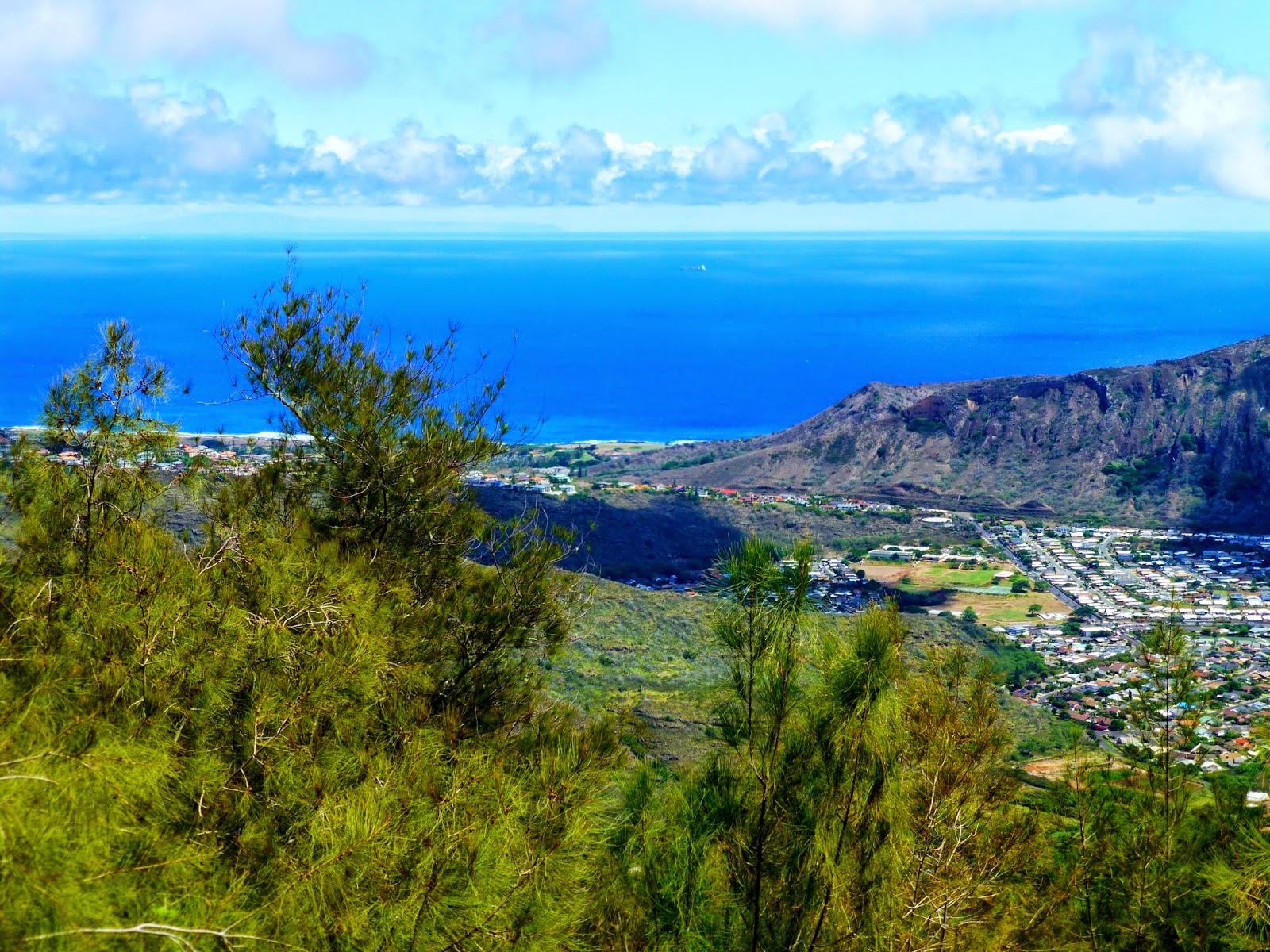 And soon we enjoying sweeping views of land and sea. 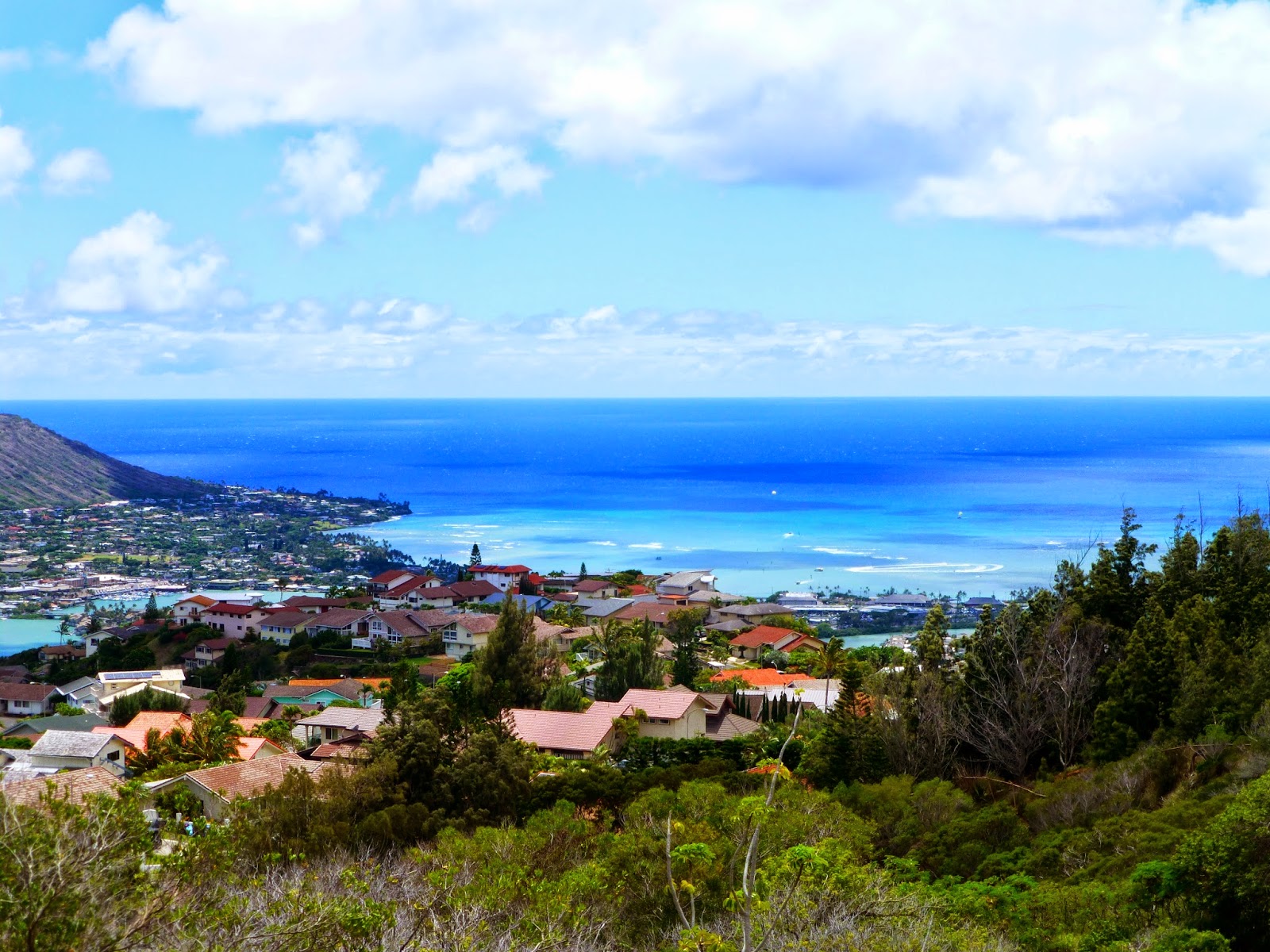 Which get increasingly more glamorous as we ascend in elevation. 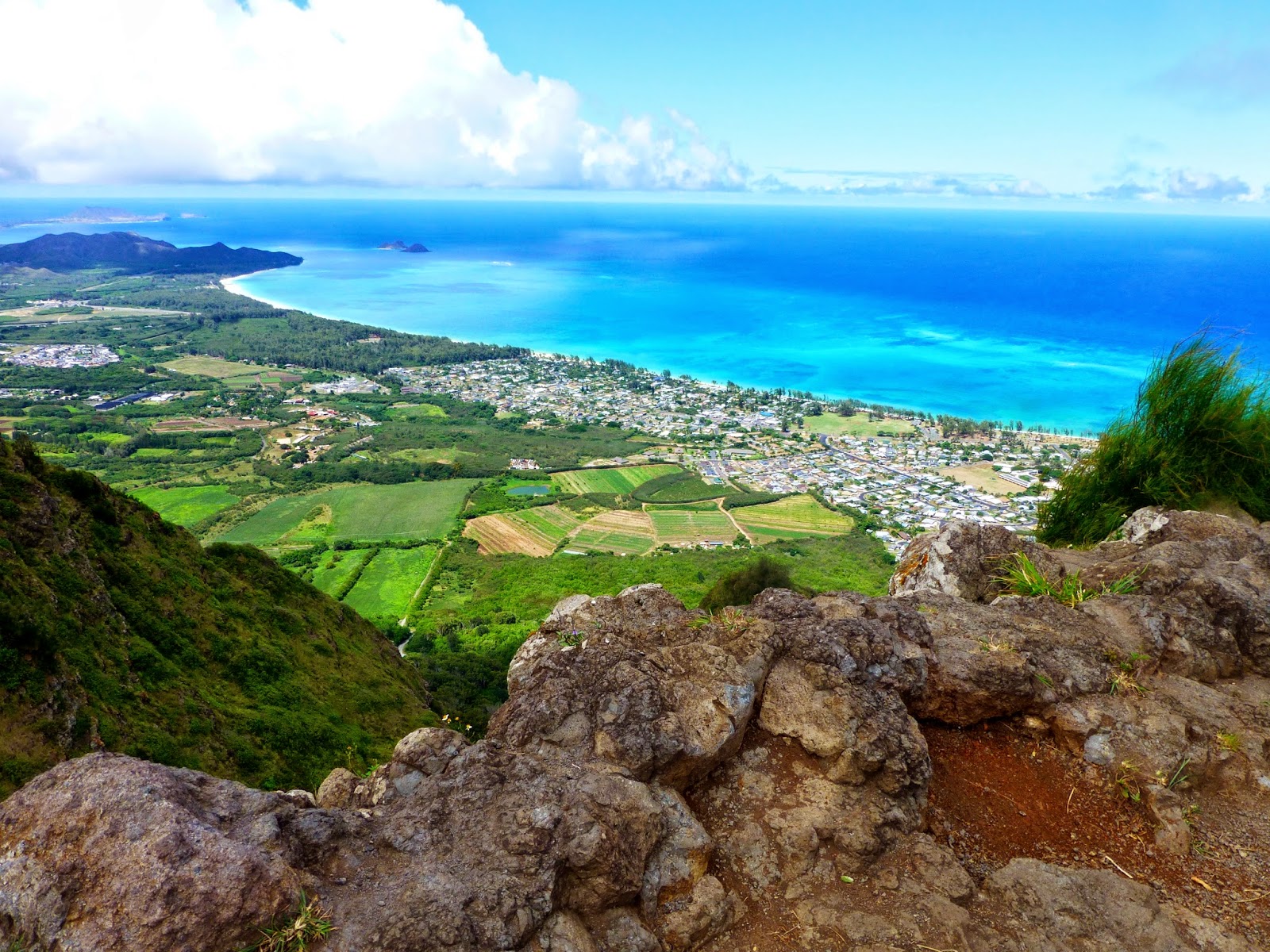 Such dramatic greens and blues. 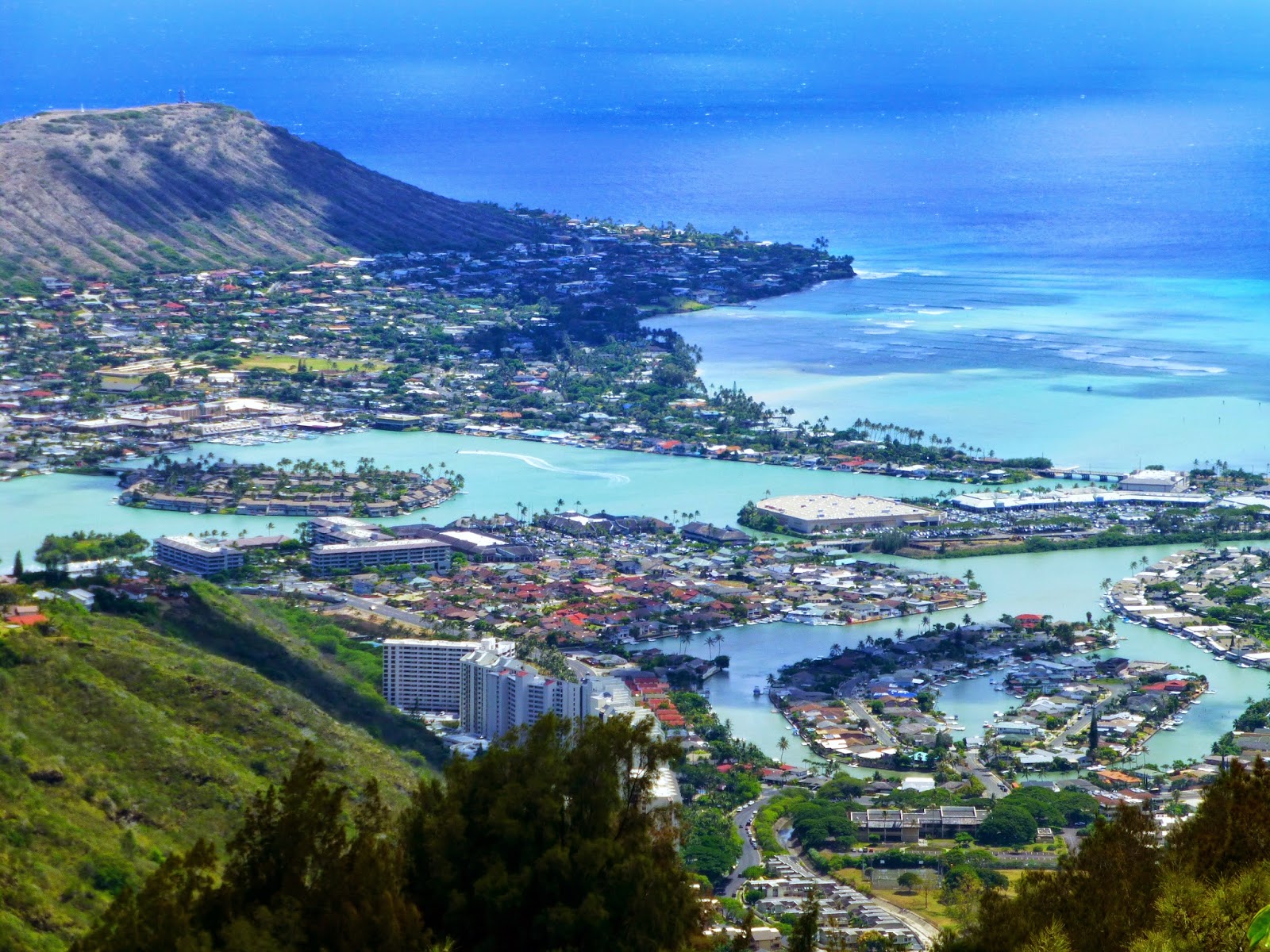 And this amazing overview of  Hawaii Kai,
one of Oahu's most exclusive (and expensive) neighborhoods. 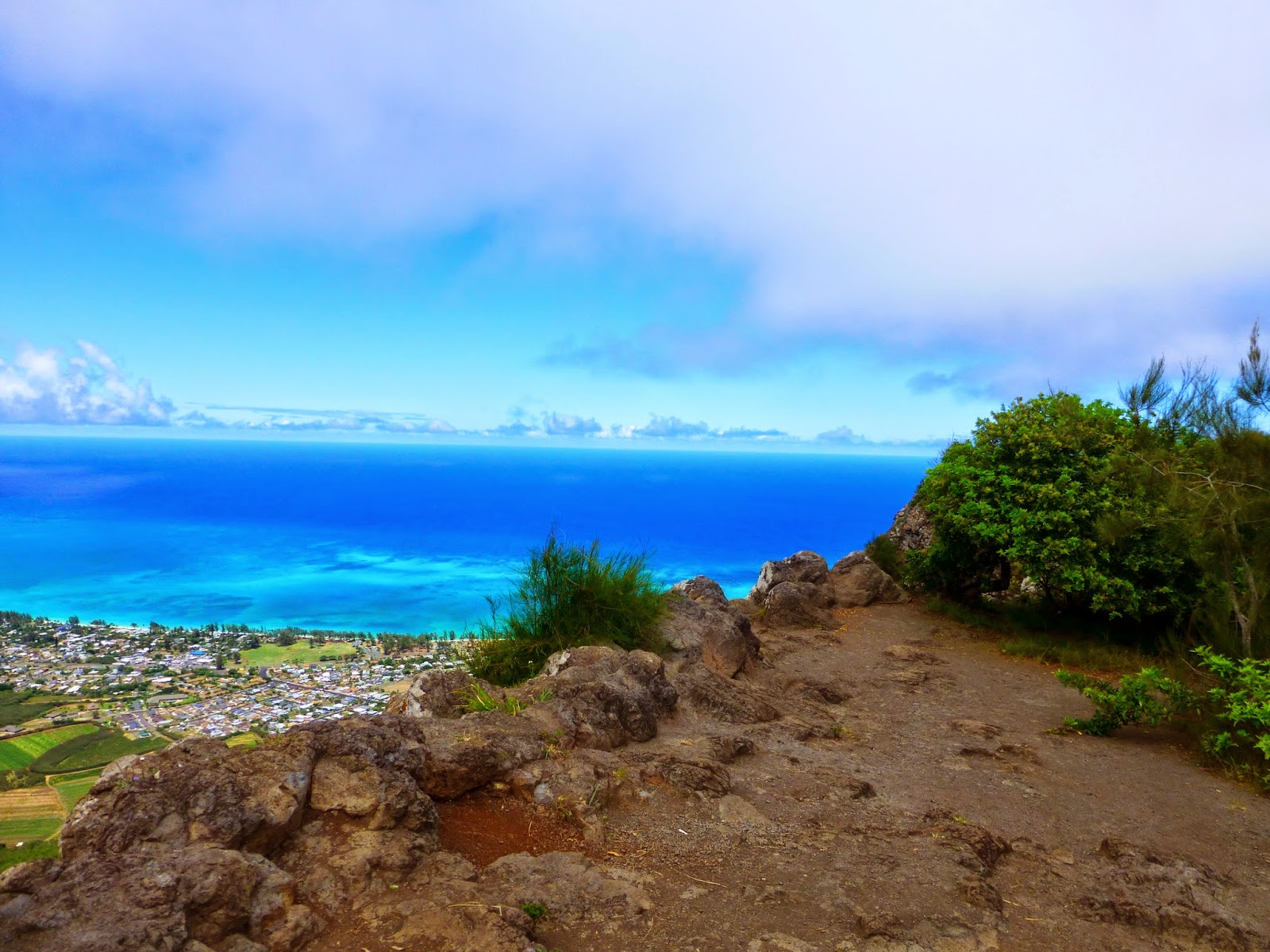 And so we remind ourselves, once again, that this is why we discipline ourselves to eat smart and spend time in the gym. 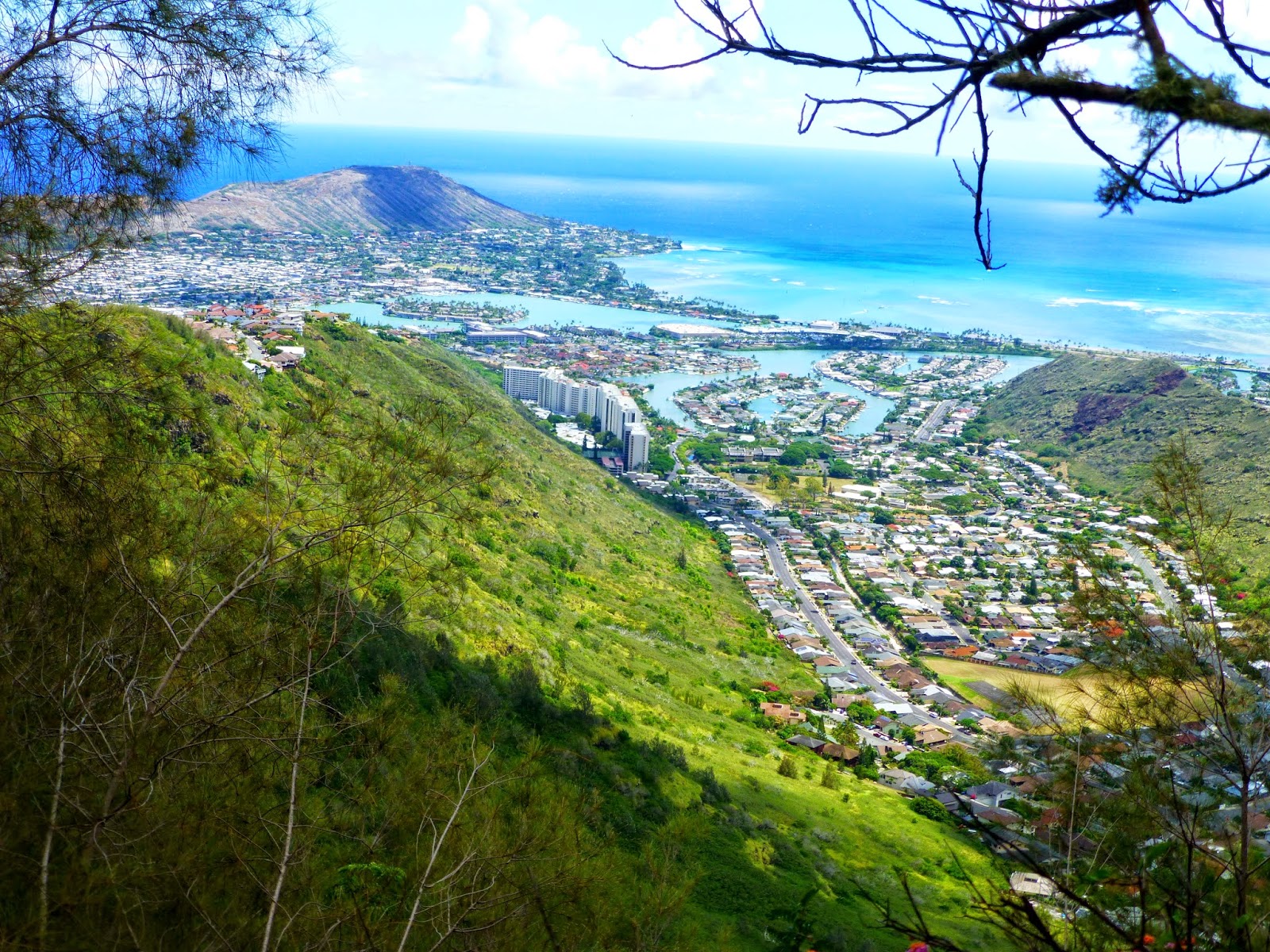 Because we so want to be able to hike to the top
for many more years to come!

Posted by PassportEnvy.Me at 11:13 AM