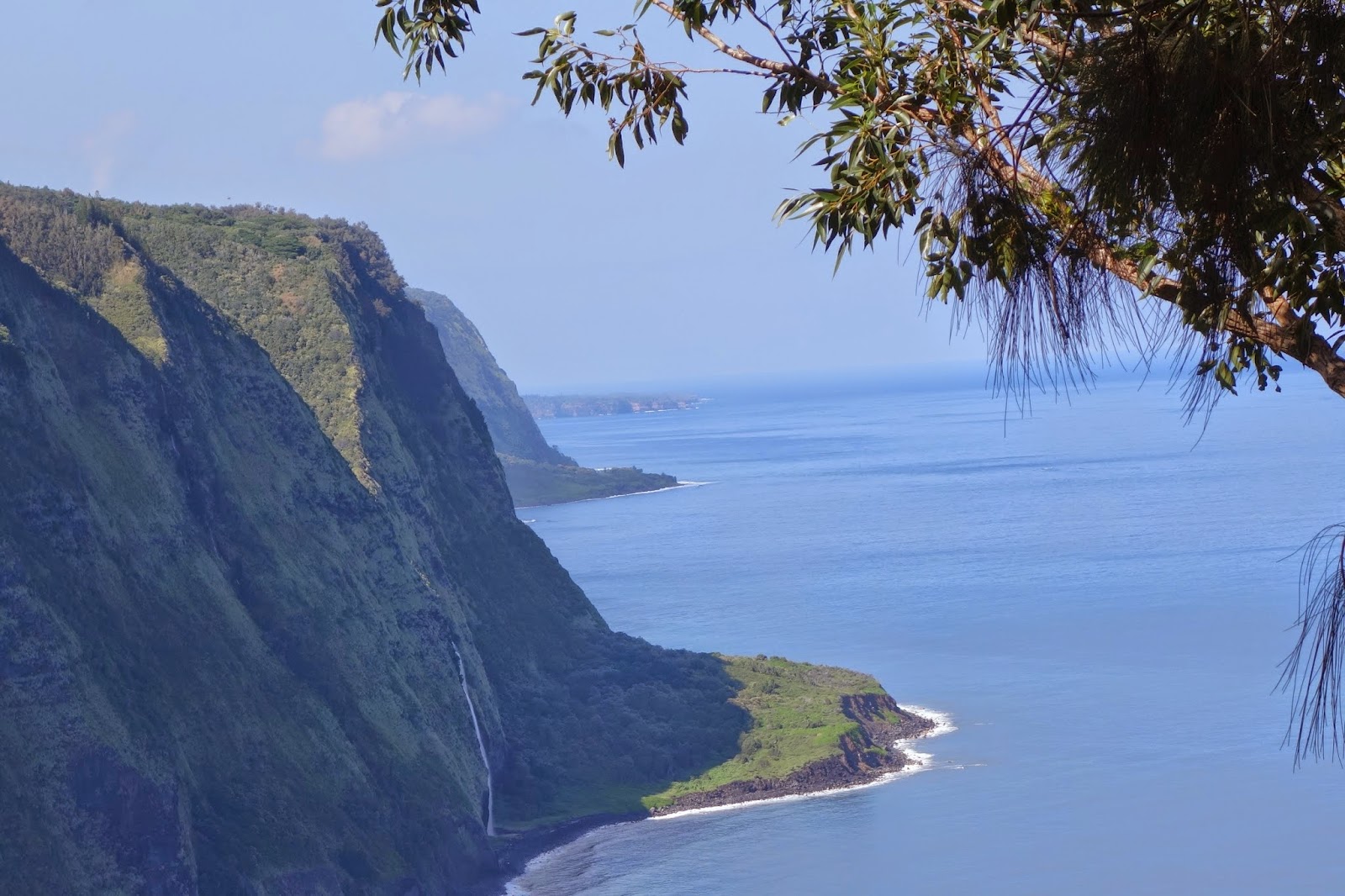 Today is a (big) Big Island Day.  We are ultimately headed to our helicopter tour over the Kilauea (very active) volcano, flying out of the Hilo airport.  I am excited!

But there are sights not-to-be-missed along the way on the scenic north end of the island.

We grab a bite of breakfast first (too bad the hotel food is so awful here!  The hotel is beautiful, the location is stunning, but the food........I mean how hard is it to make a decent breakfast??  Really, it's just eggs & toast & potatoes!)

Anyhow, a cuppa' Kona and we put the top down in the convertible ~ and we are off! 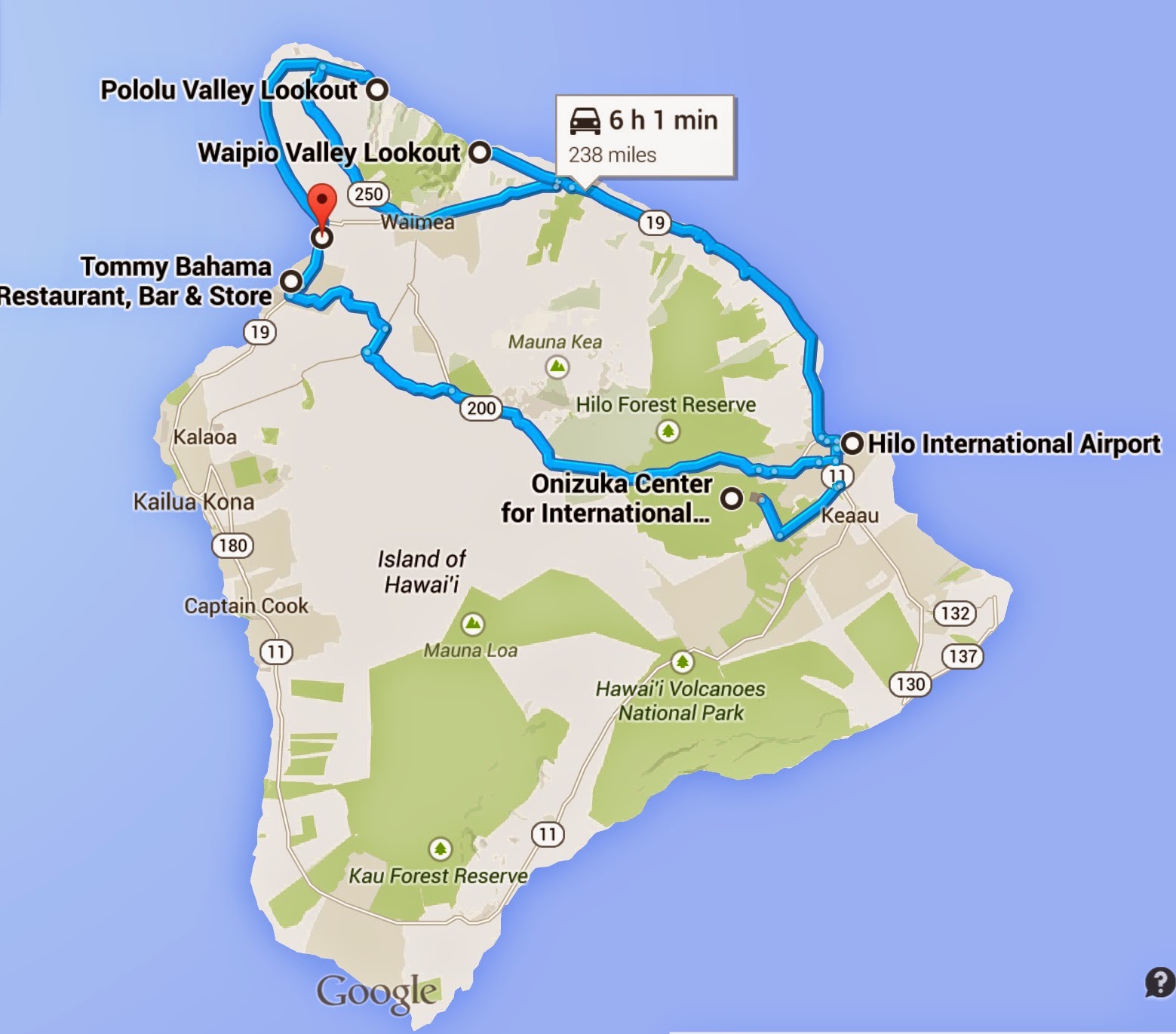 Mr. C has planned our route and our day very carefully, which I so appreciate.  Between us, he is the planner, and I am the recorder of our our adventures! 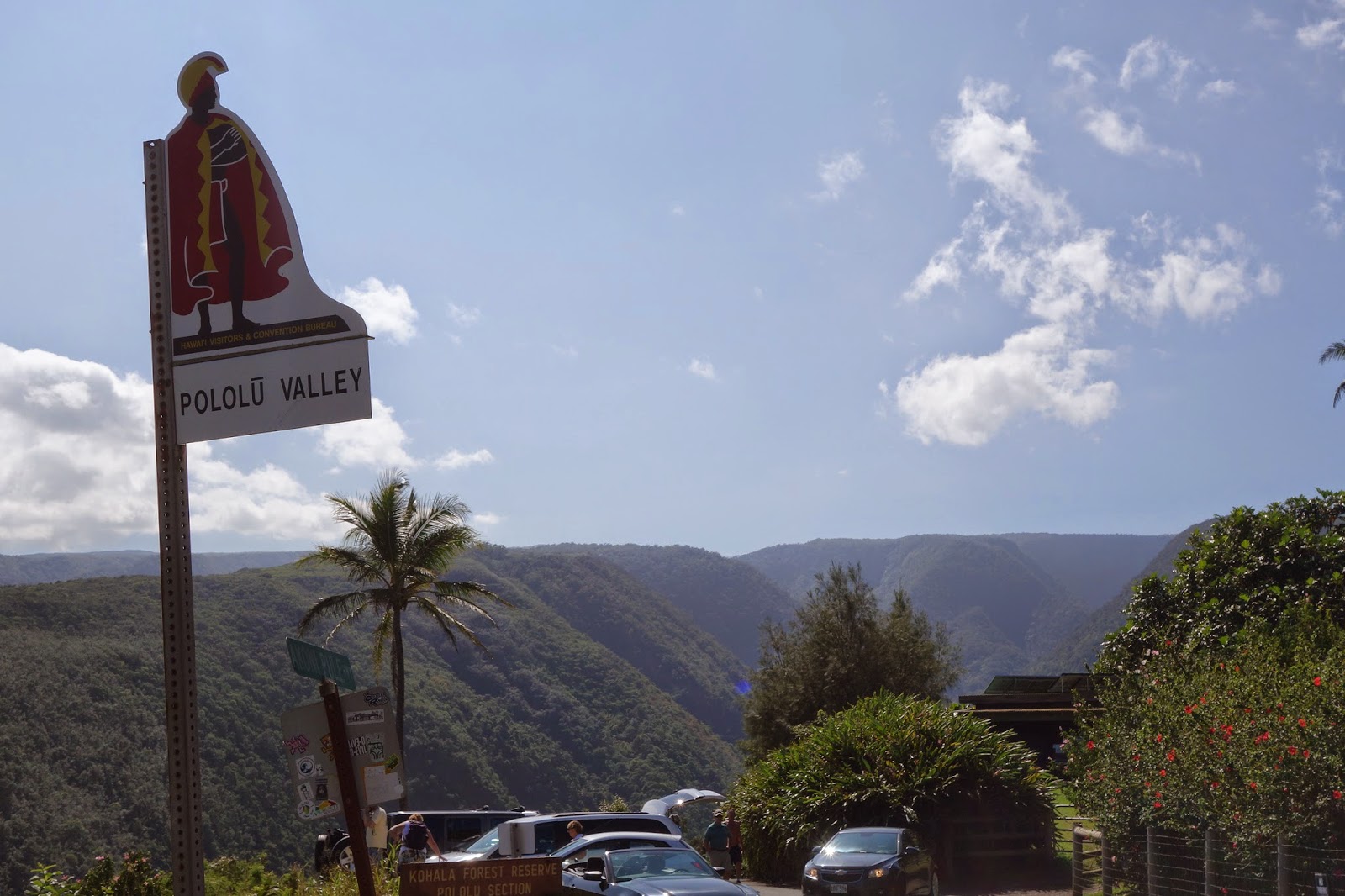 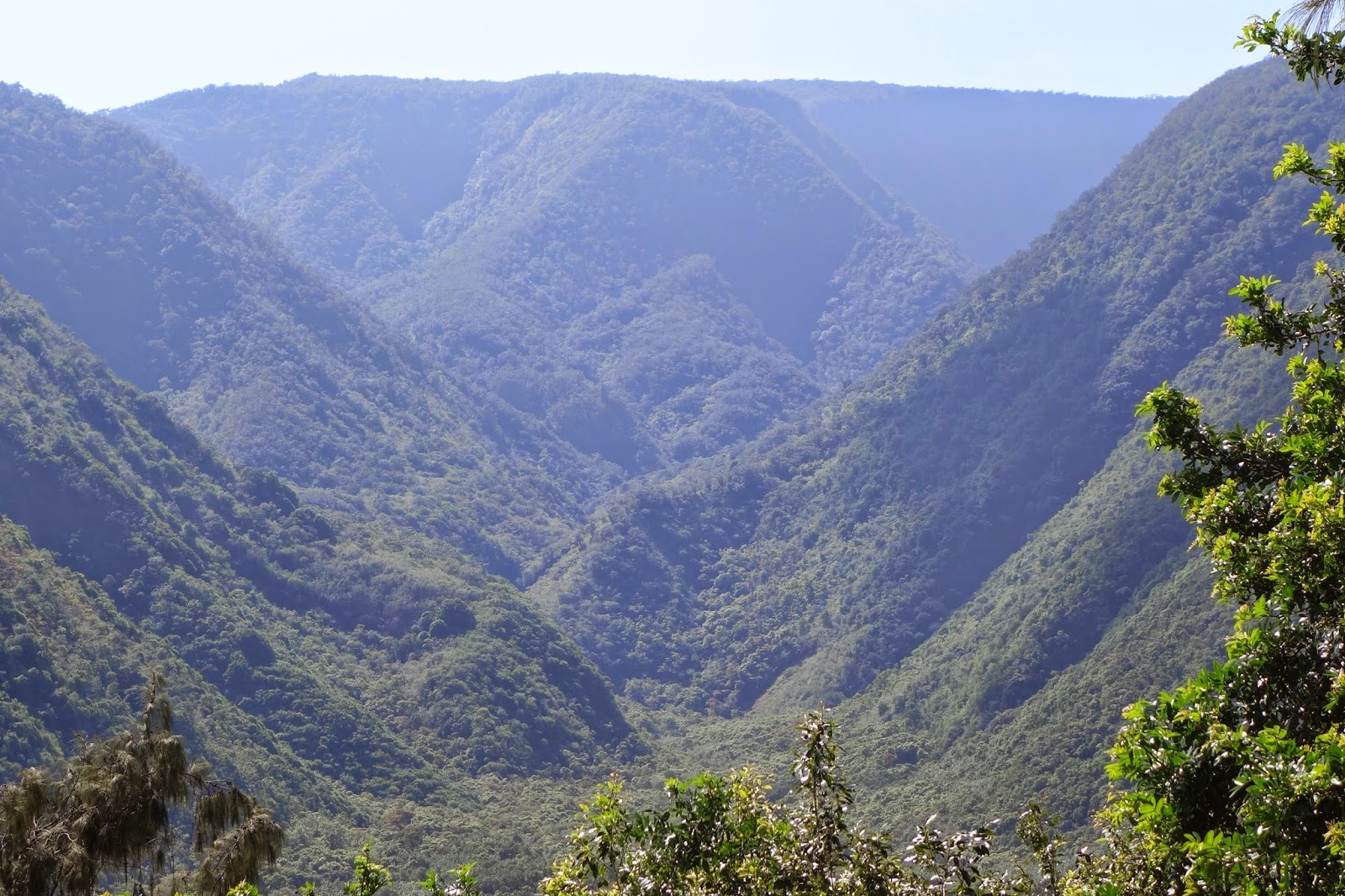 I literally caught my breath
at first glance.

It's Old Hawaii at it's best.   The greenest of greens,
set against the bluest ocean. 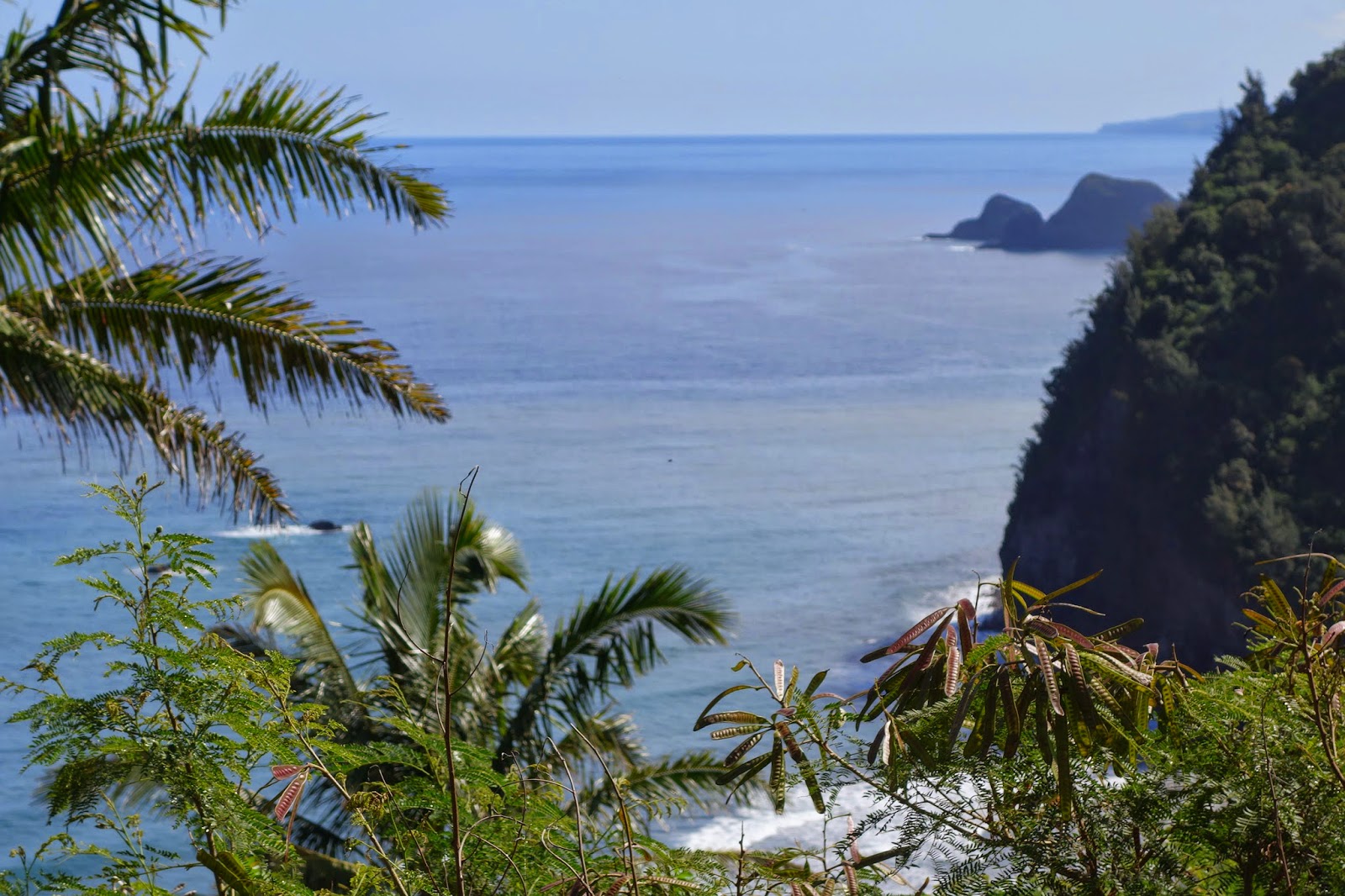 There are hiking trails here, but we did not indulge.
The voluptuous volcano awaits. 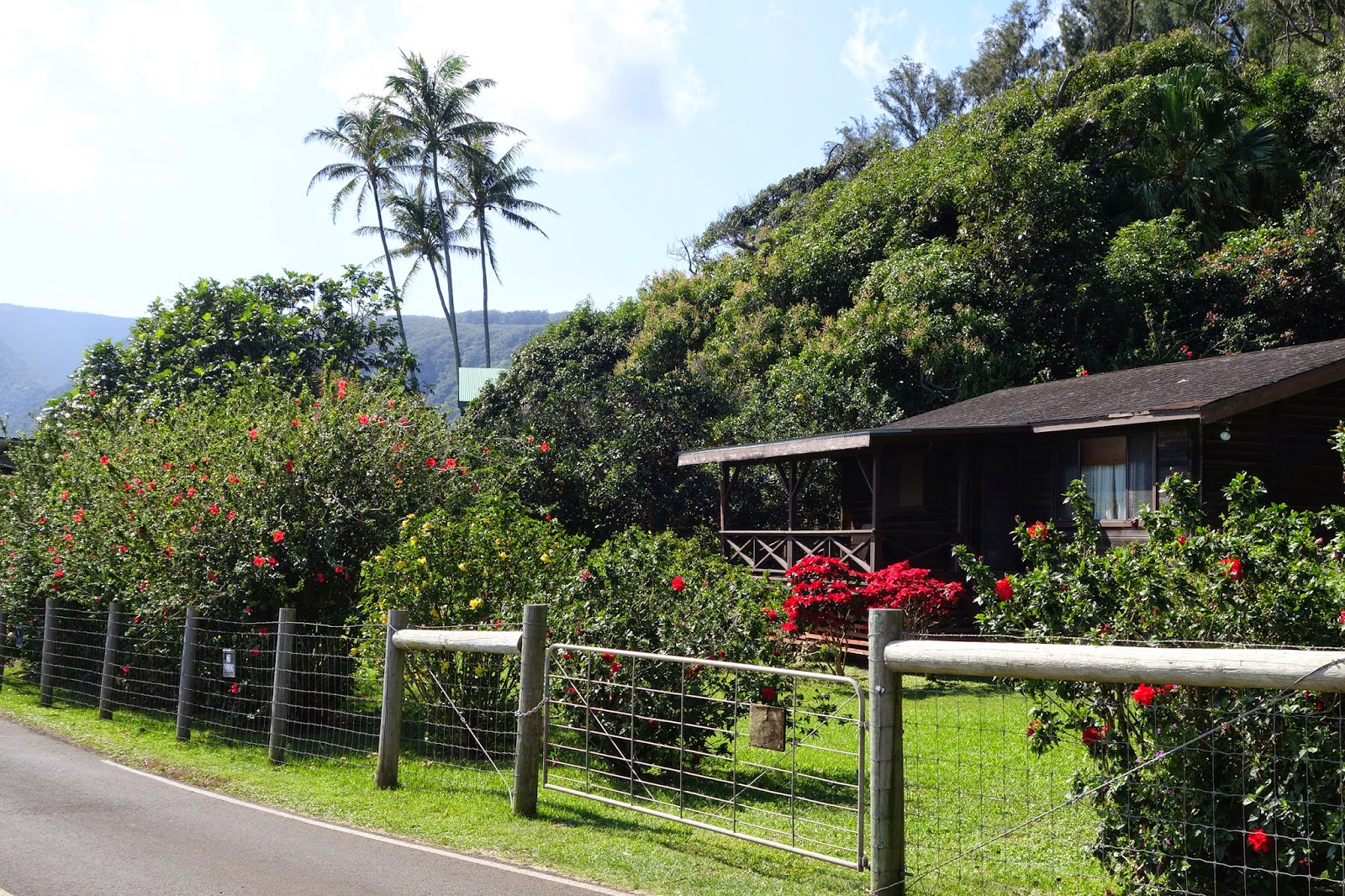 Wouldn't it be something to live here, right @ the lookout?  This is your unspoiled, undeveloped, undivided, eternal view?  I can hardly imagine it.  Well, of course there's the few thousand of us touring the island who are popping in pretty constantly and blocking your driveway, and probably (hard to imagine) leaving some litter behind.  Yeah, there's that. 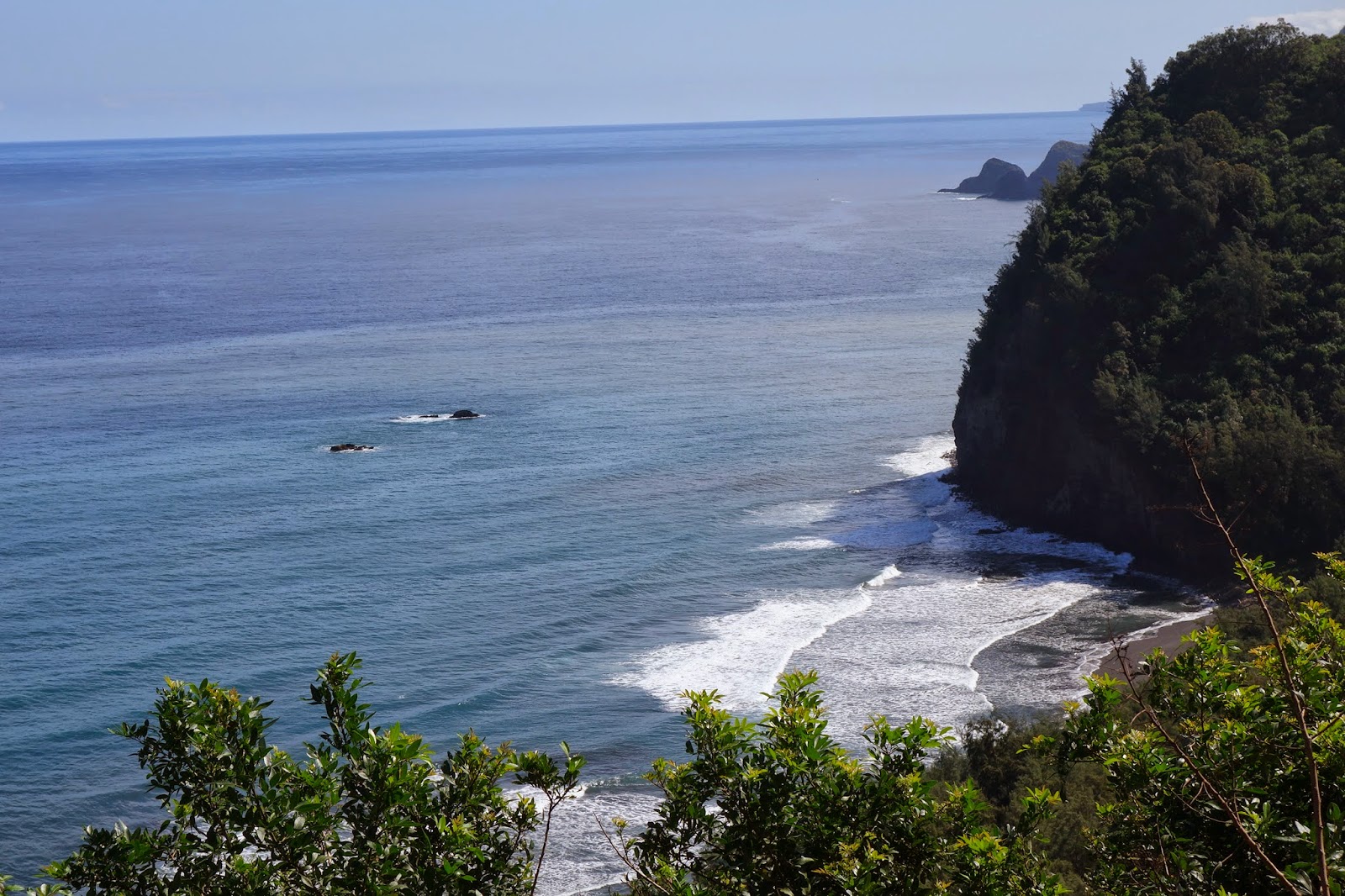 Now we head back inland, it's the only way around that peak ~
'cause where there's a valley, there has to be a hill ~
otherwise it's just Kansas. 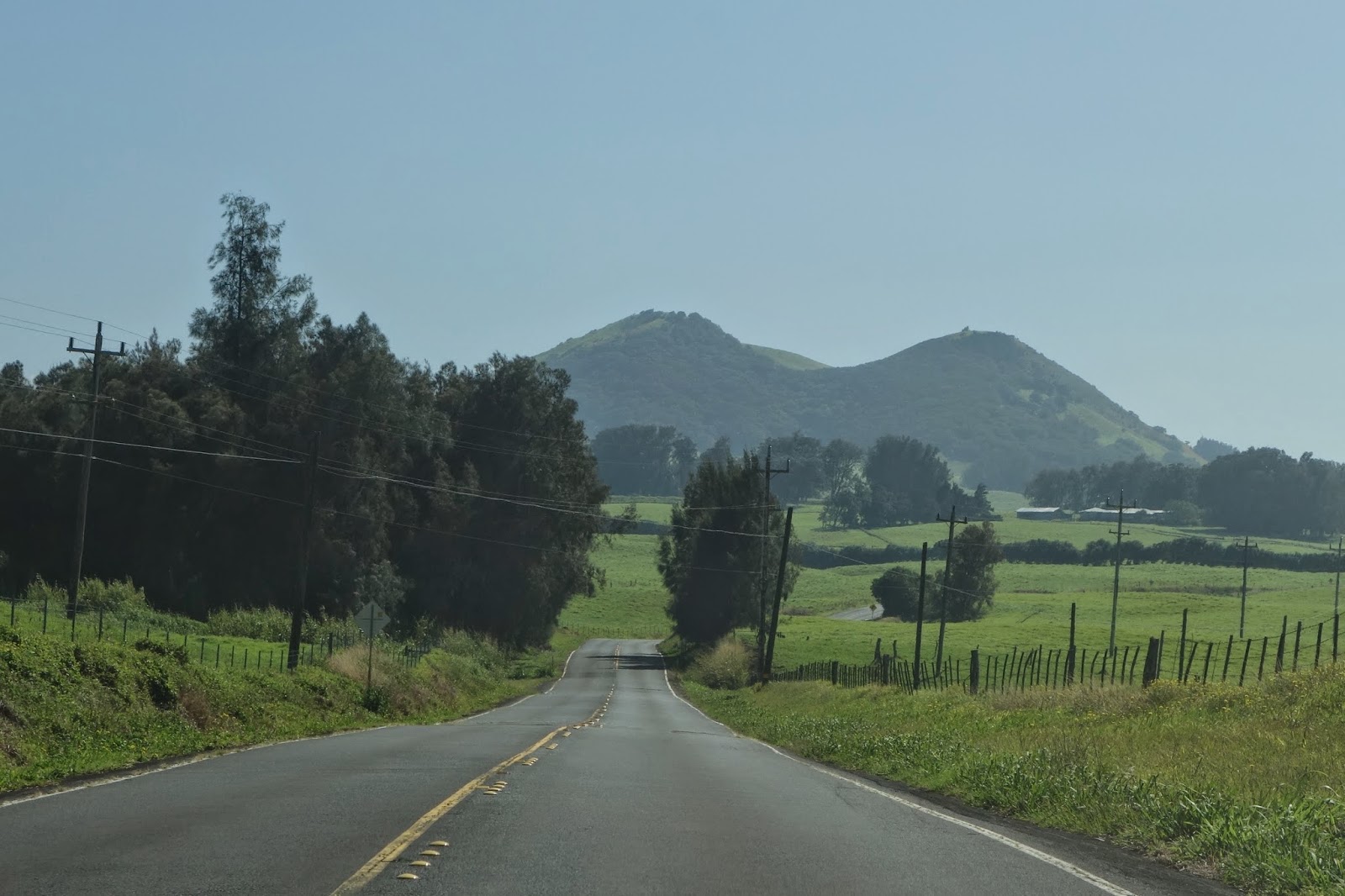 There's such a diversity of terrain on Island Hawaii,
from volcanic rock to lush ranch land.

(Personally, I love the fence line) 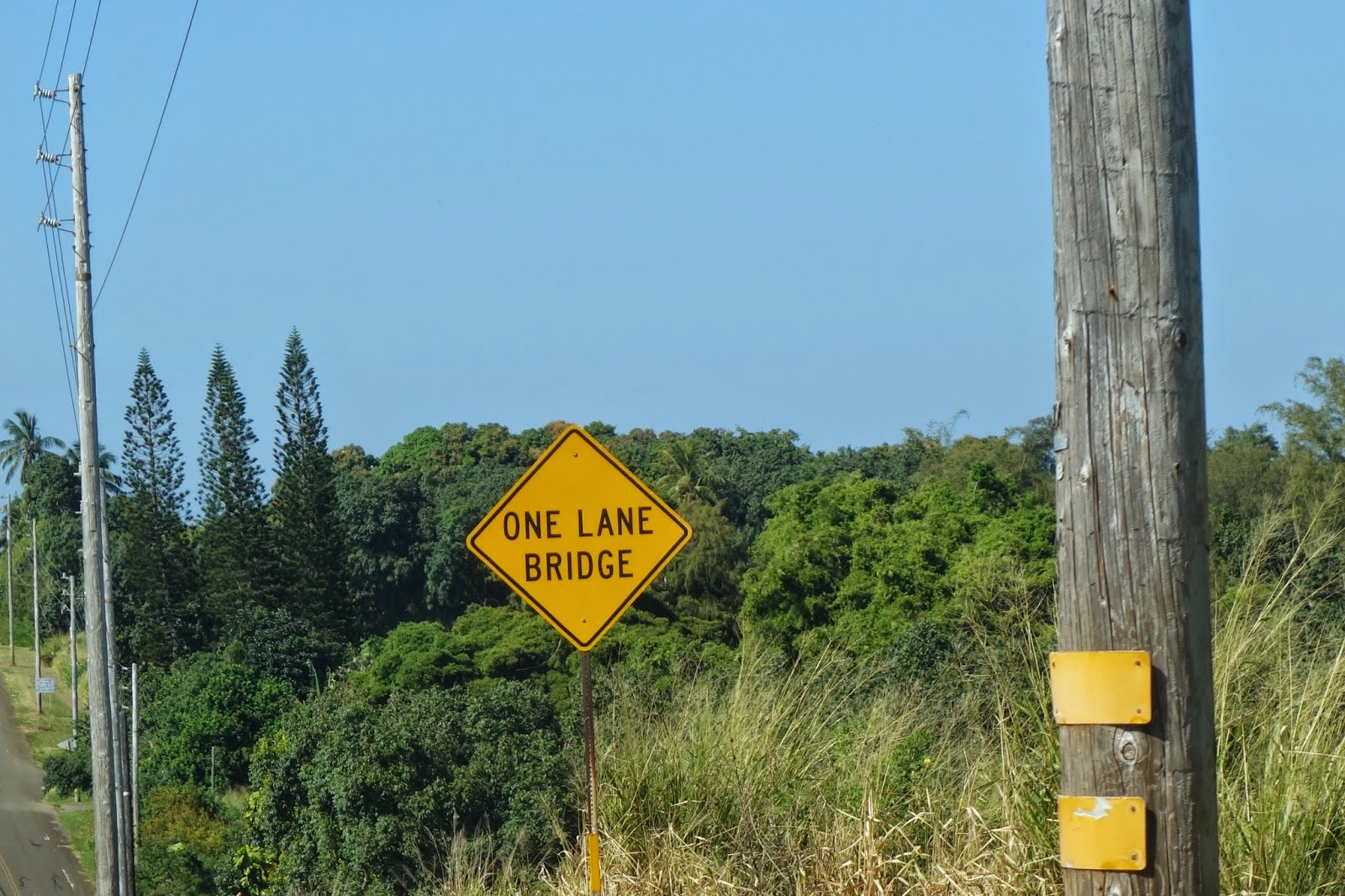 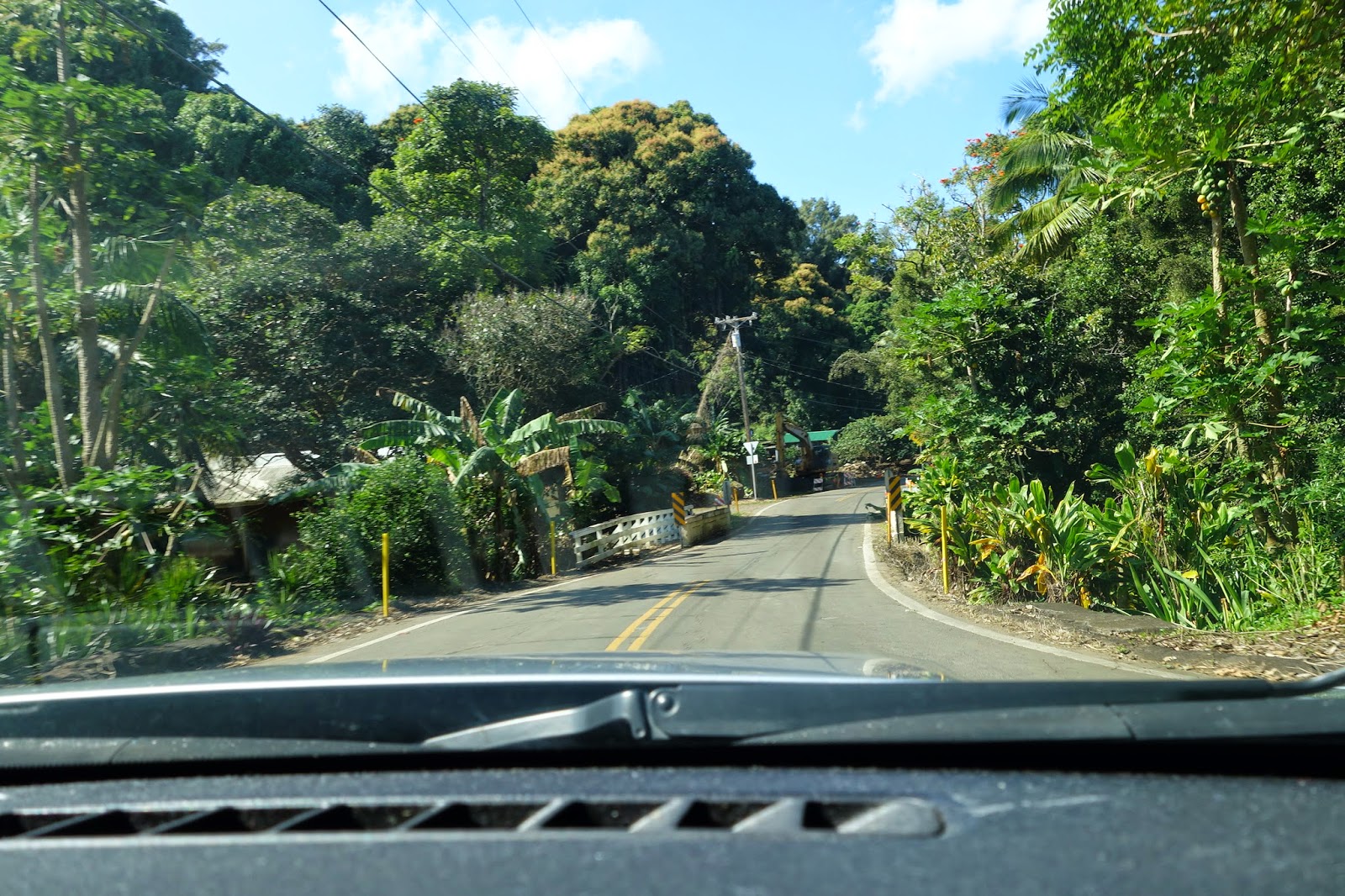 To smallish roads which narrow to one lane bridges (multiple times) 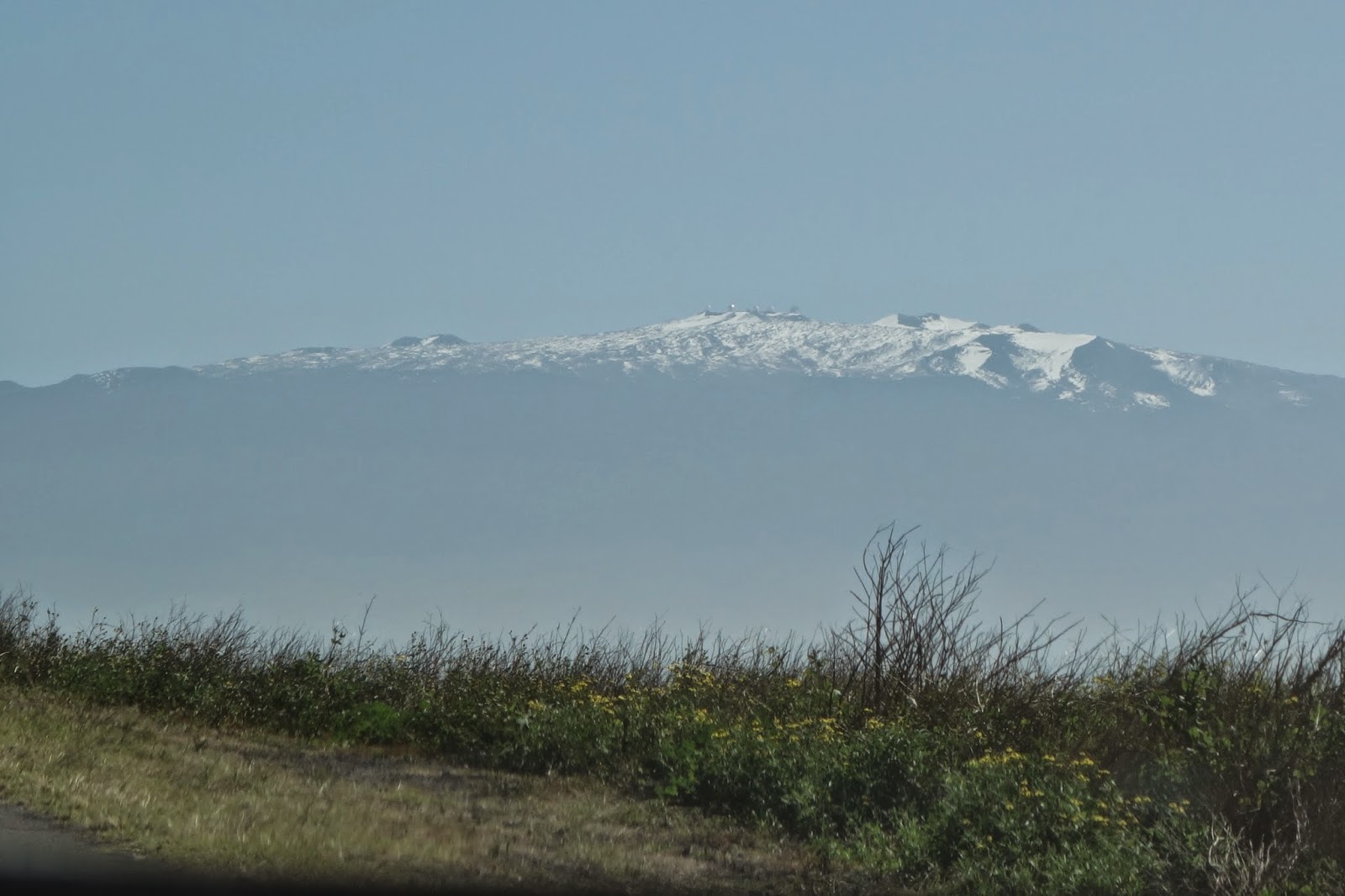 To snow on the big mountain
(weird to think of snow in Hawaii, yes?
Just stay tuned, you have no idea!) 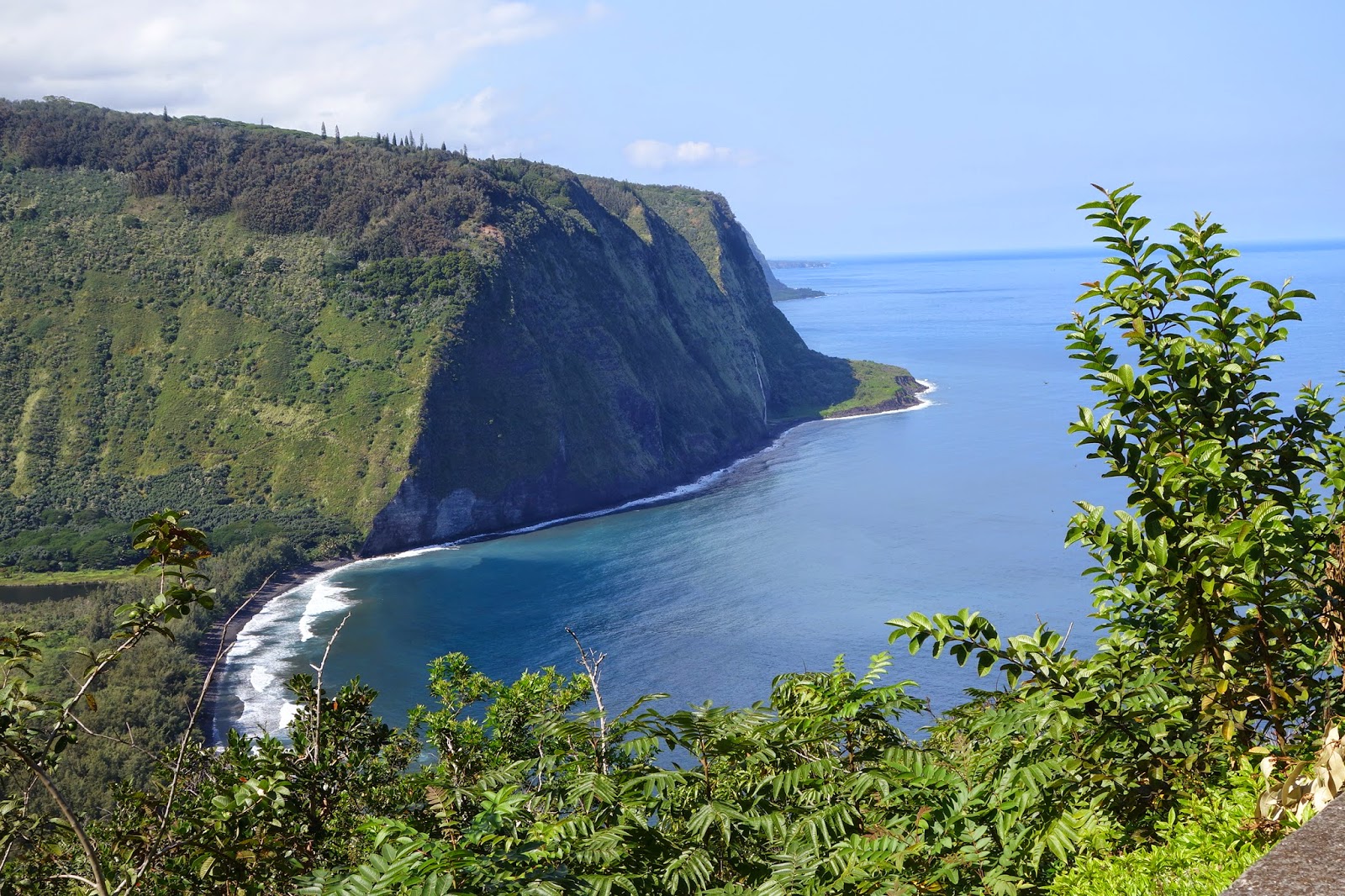 Our next lookout is equally as dramatic, Waipi'o Valley Overlook. 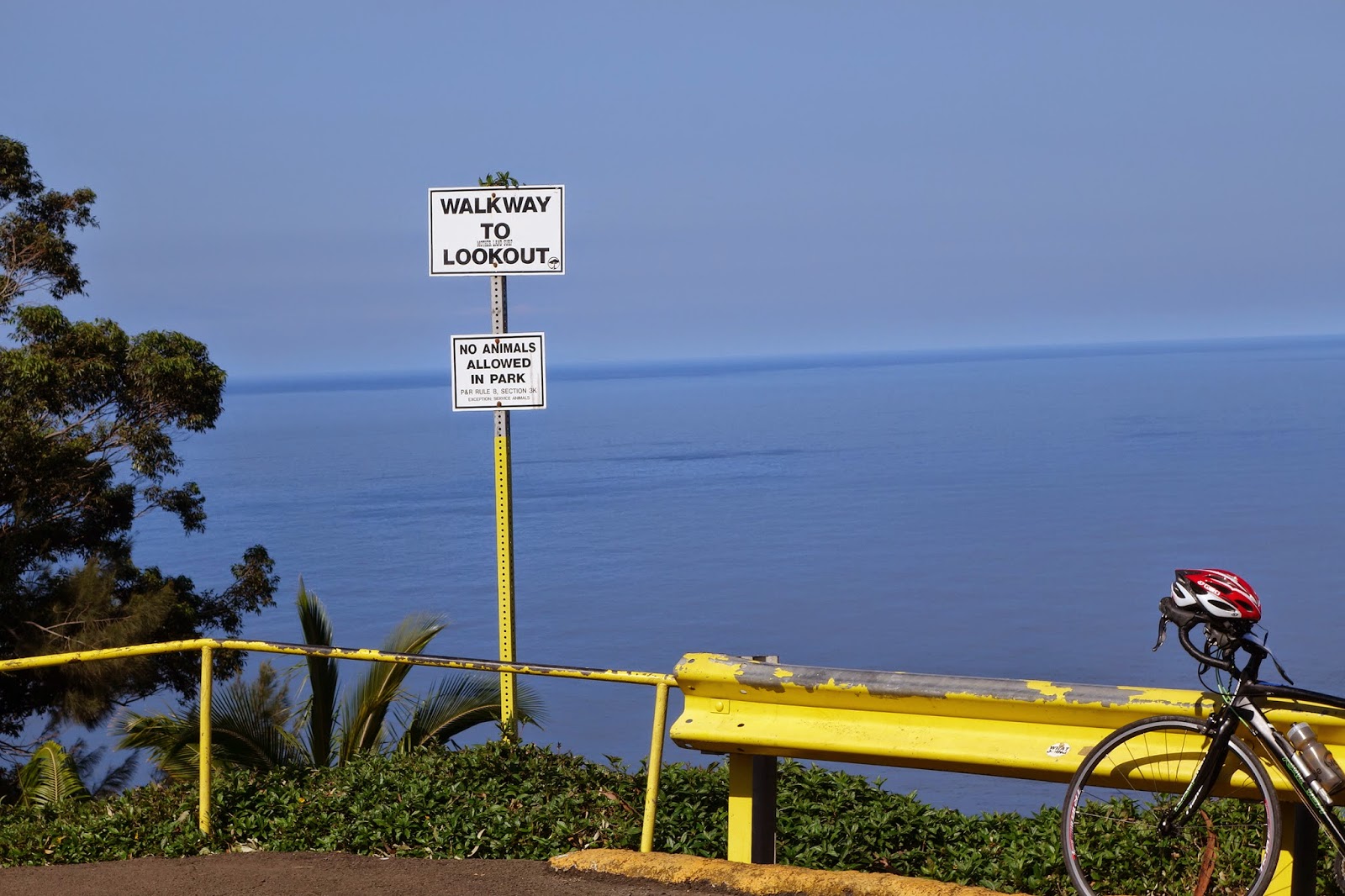 It's the Big Island.  There's A Big Ocean out there. 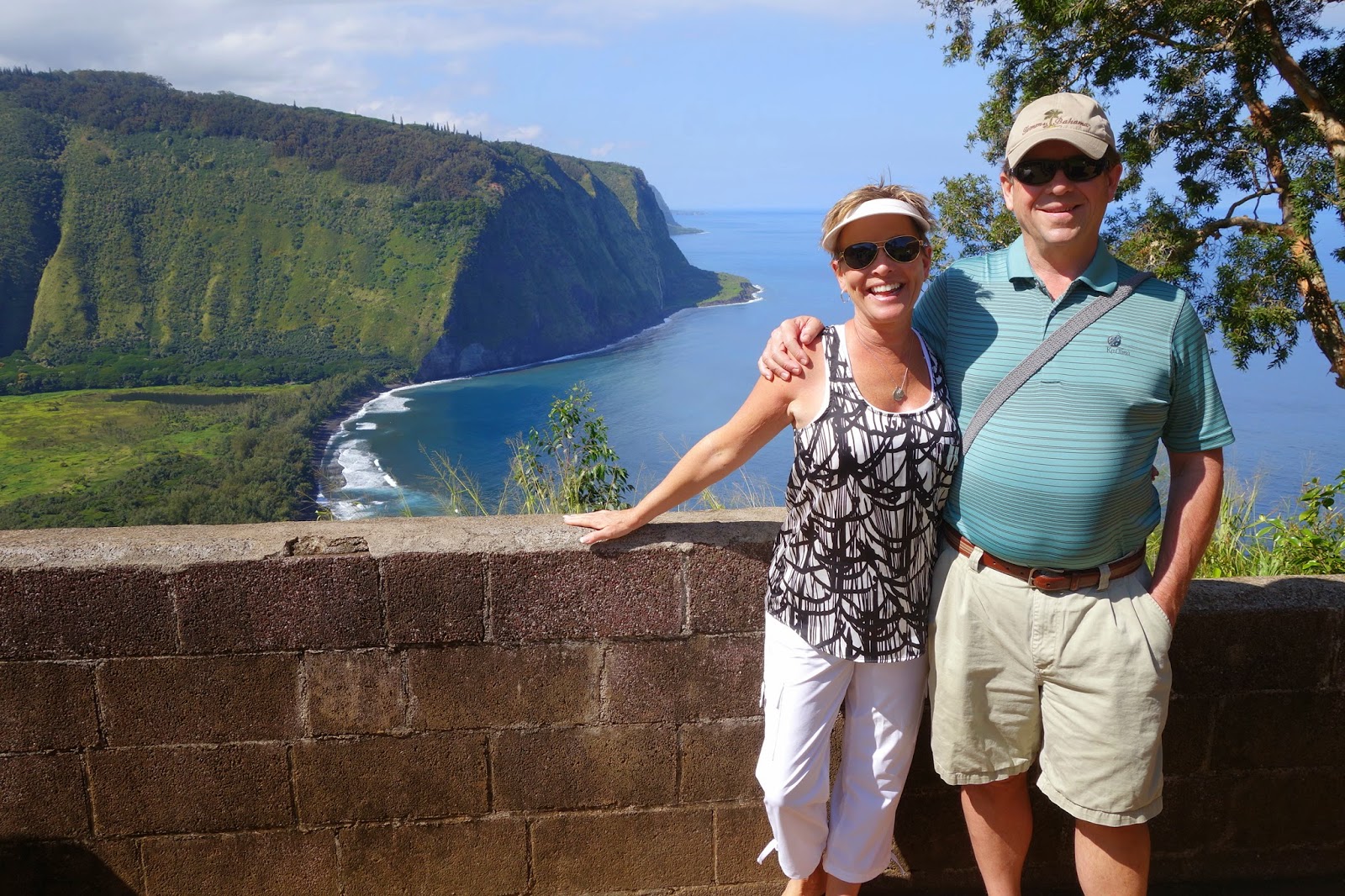 Don't you just want to breath this air?!?
Just pause here and be alive, and be you, and be present,
and be grateful???
Yeah, that's what we did!   It's soothing to the soul. 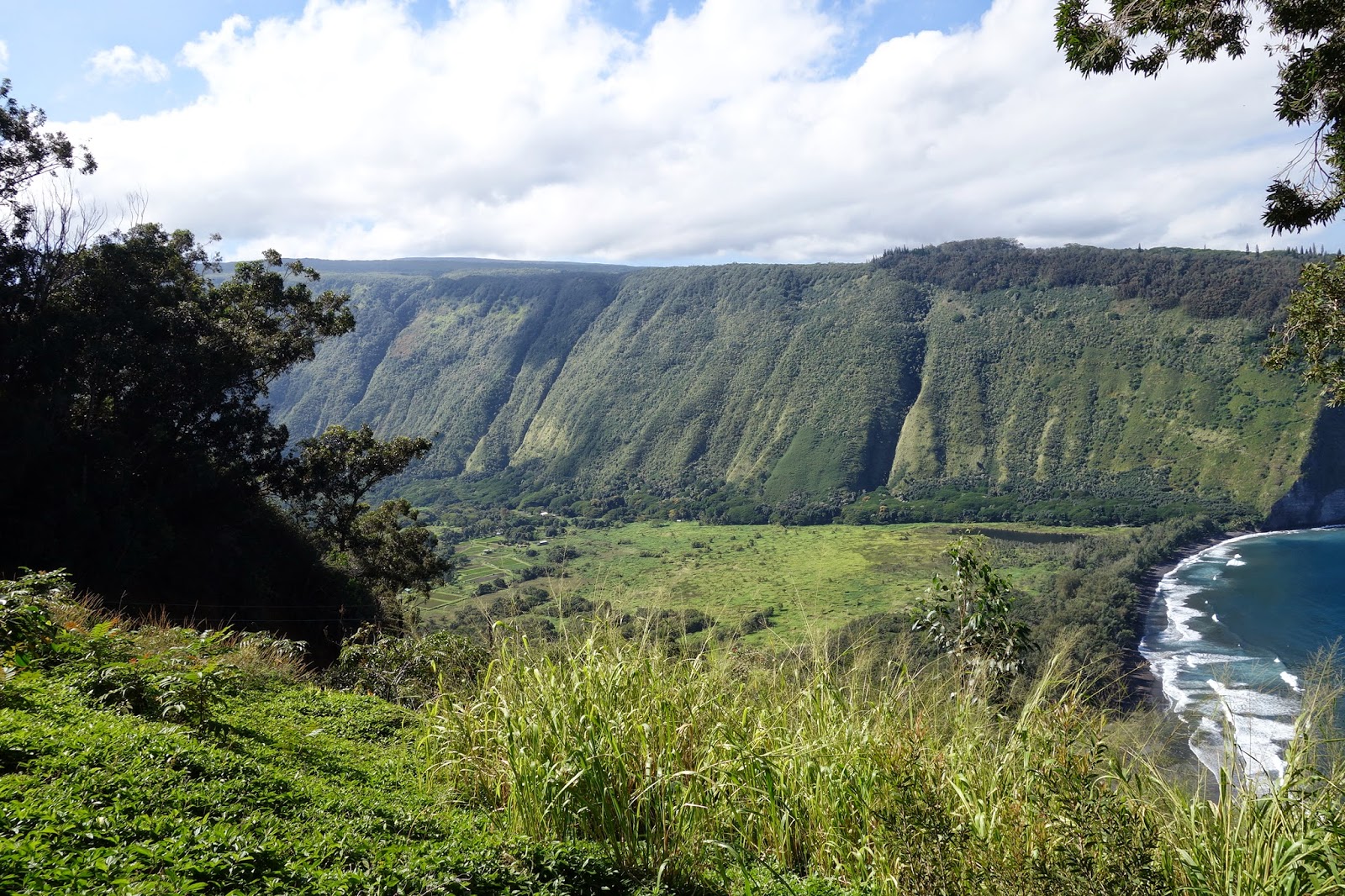 The purity of this land is indescribable.
There are so few places like this on the planet. 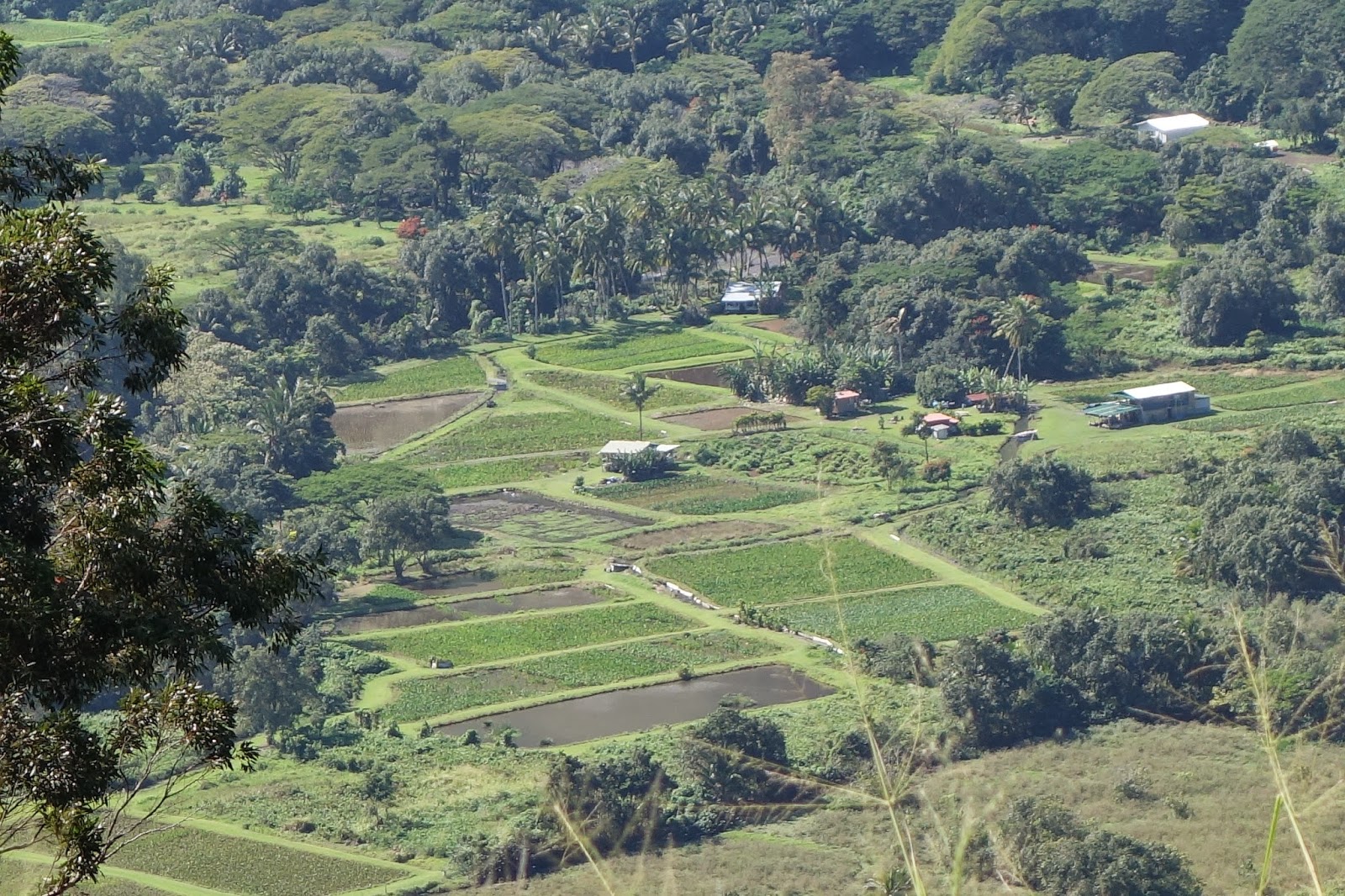 This valley was once home to many Hawaiians who held to the old way of life, taro farming and living simply off the land.  A huge tsunami wiped out most of that population; most of the remaining survivors moved away;  so there are still a few, a very few folks living here as they have for generations. 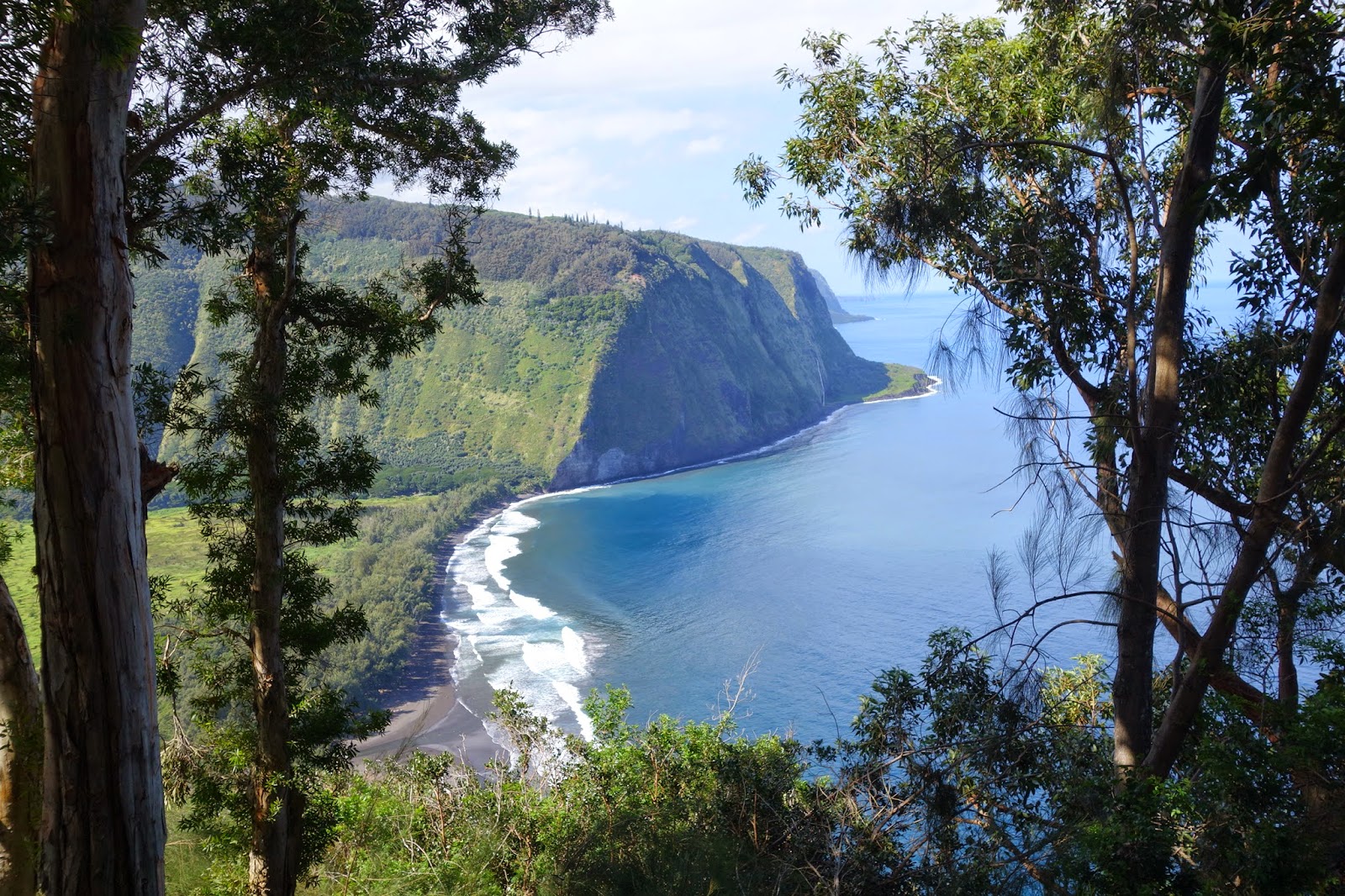 It's a peaceful place. 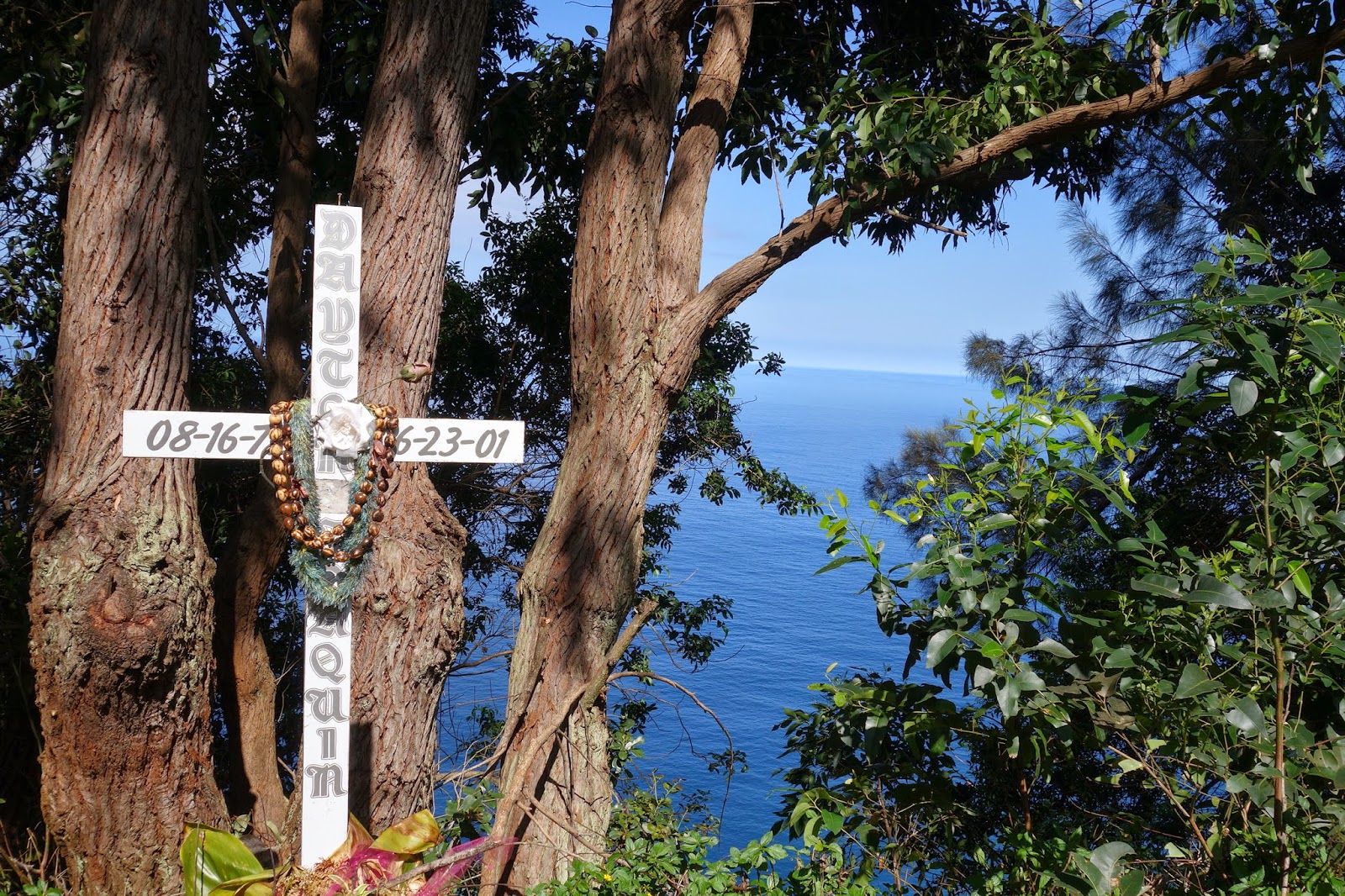 The Hawaiian culture is big on their memorials.
They are present everywhere.
Along highways, at sea cliffs, in the lava beds, even here, at Waipi'o Valley Overlook.
But.  We have to go now.  We have a date with a voluptous volcano, and we can't be late!
The helicopter wont' wait!
(See blog post entitled "A Date With a Voluptuous Volcano")

And afterwards we are headed to sunset on the crest of Muana Kea
.
Gotta' love that romantic Mr. C.

Posted by PassportEnvy.Me at 7:30 PM