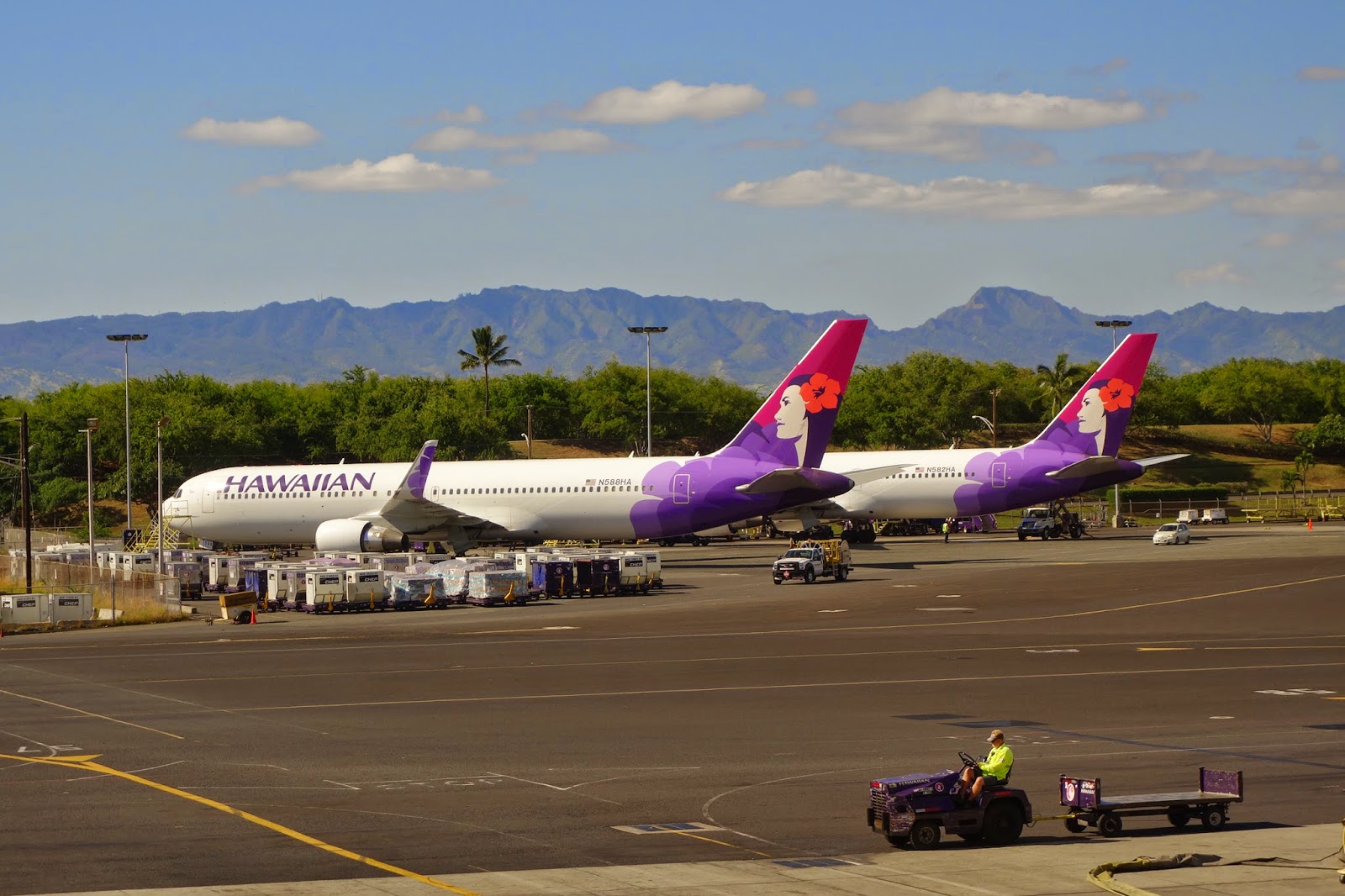 It's the anniversary of our Hawaii wedding, and Mr. C has surprised me with an Island Hop!

Although I've spent lots of time in the Islands,
I've not yet been to the Big Island of Hawaii.
So here we go ~ 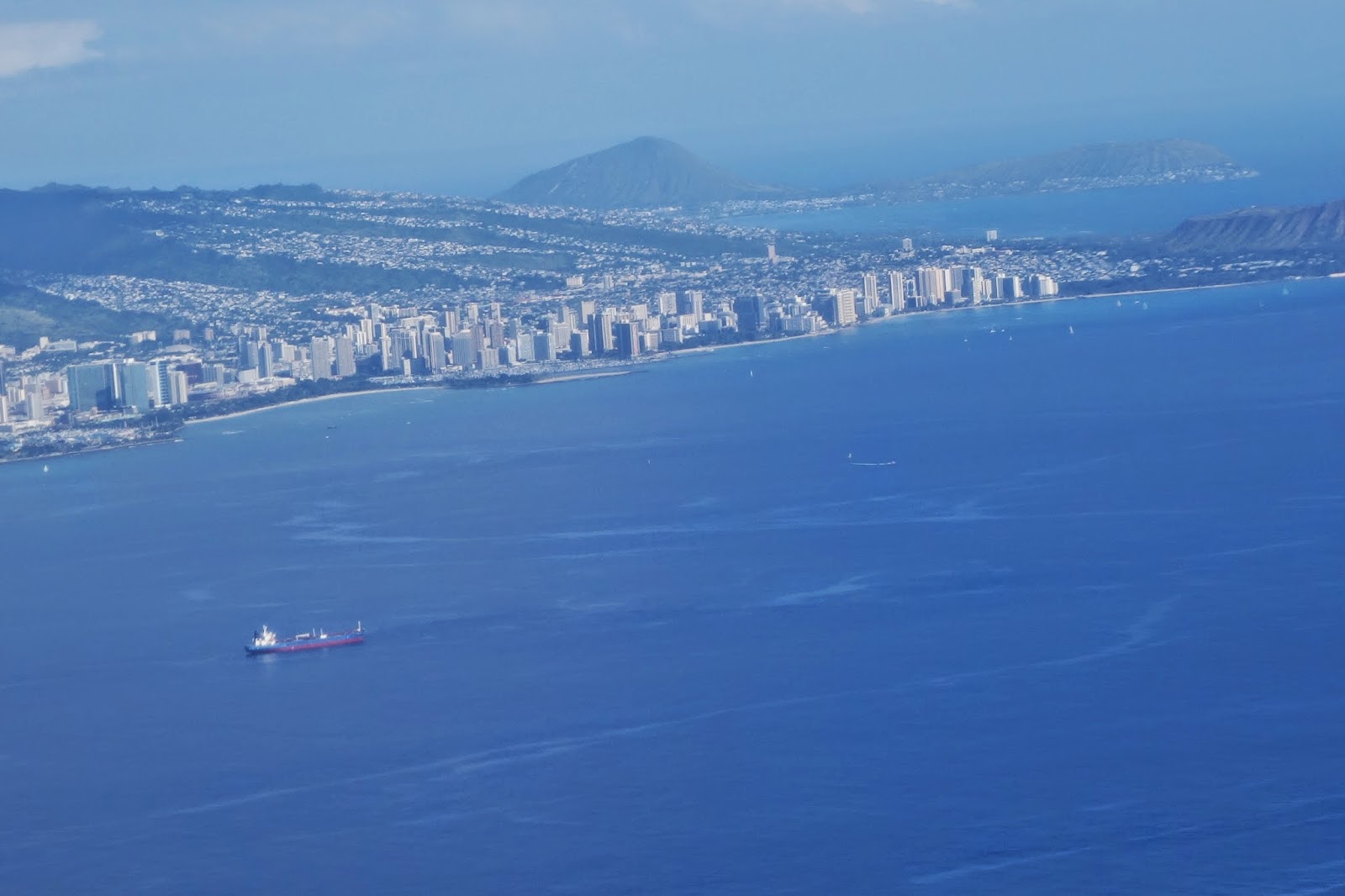 You can see the effect of  the VOG here, and how it obscures the (normally) crystal clear skies and waters.   Everything's just a bit murky and overcast.   I refer you to the conversation in my post "Why Oahu" for how this has affected property values on this island.  As we linger over coffee this morning, Mr. C is checking real estate prices ~ some condo developments have dropped by half since the volcano has been spewing.  Meaning what was a million and a half  is now more like $700,000.00 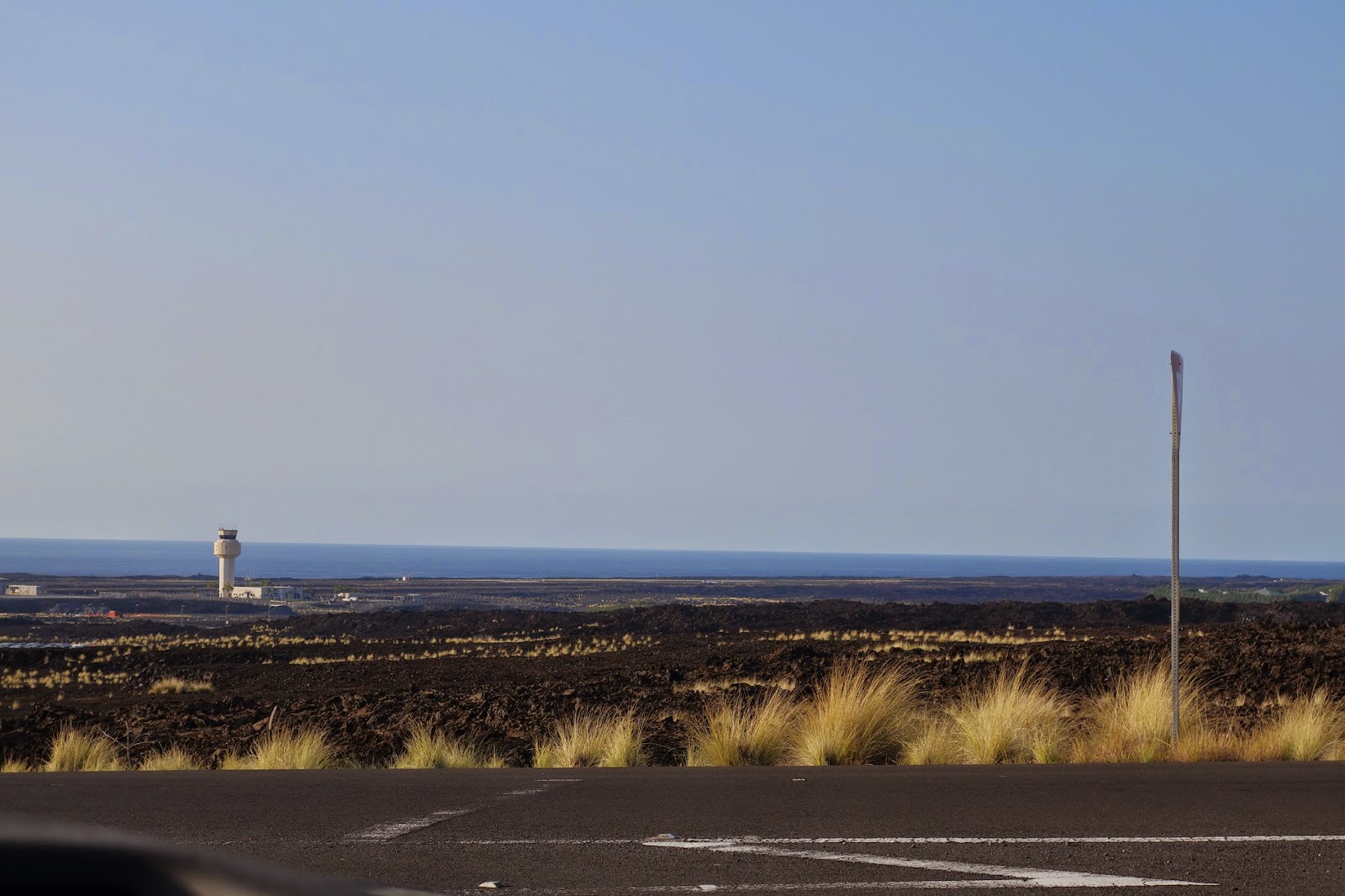 Although I know that this island has more volcanic rock than the others, I am still surprised to find that it translates to
the Kona Airport being in the middle of the lava field
which runs clear to the ocean. 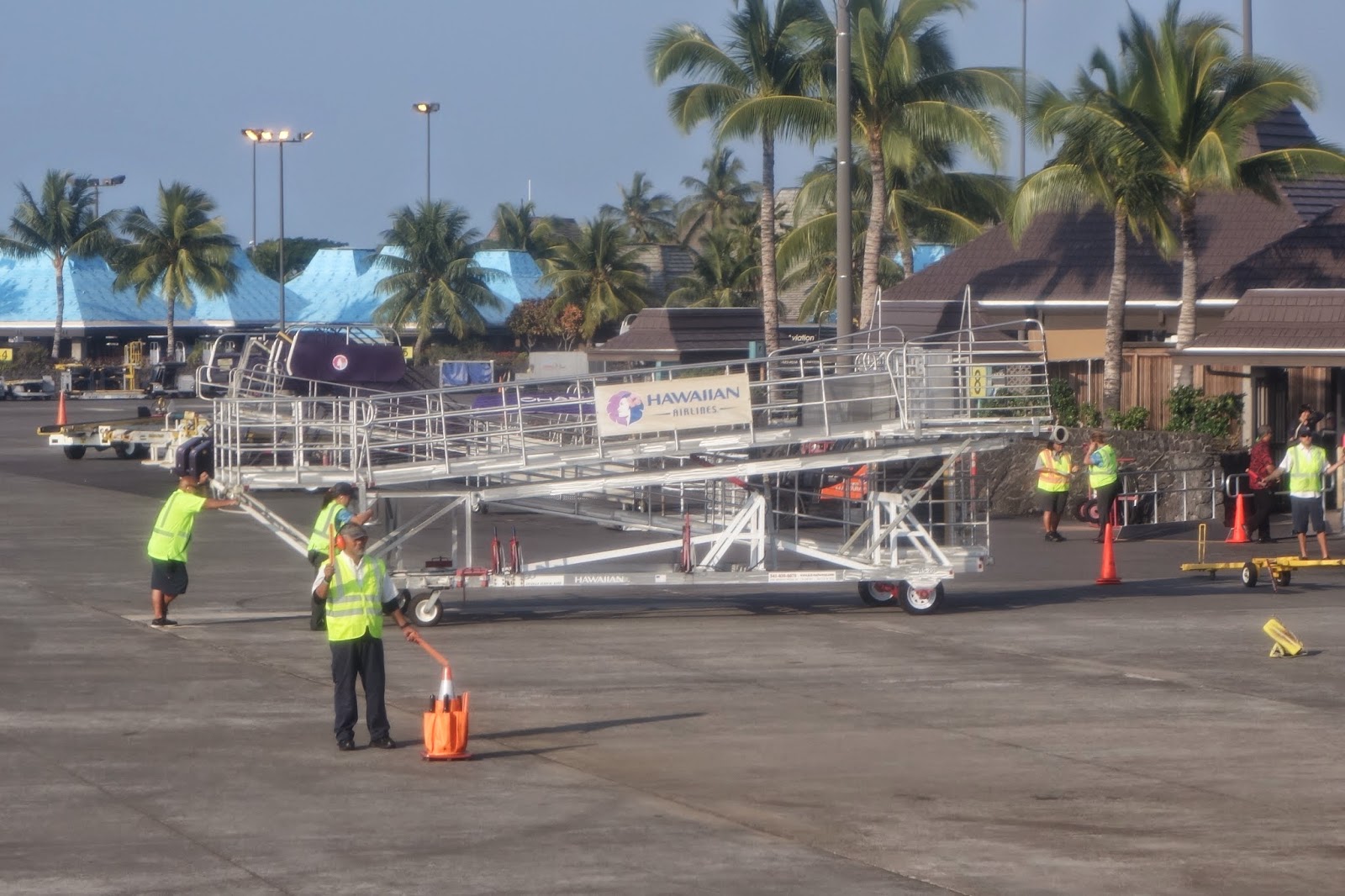 The Kona airport is all open-air; also a big difference.
It reminds me of what we found on the island of
Koh Samui in Thailand.   This is our de-planing ramp,
in lieu of an actual jet bridge. 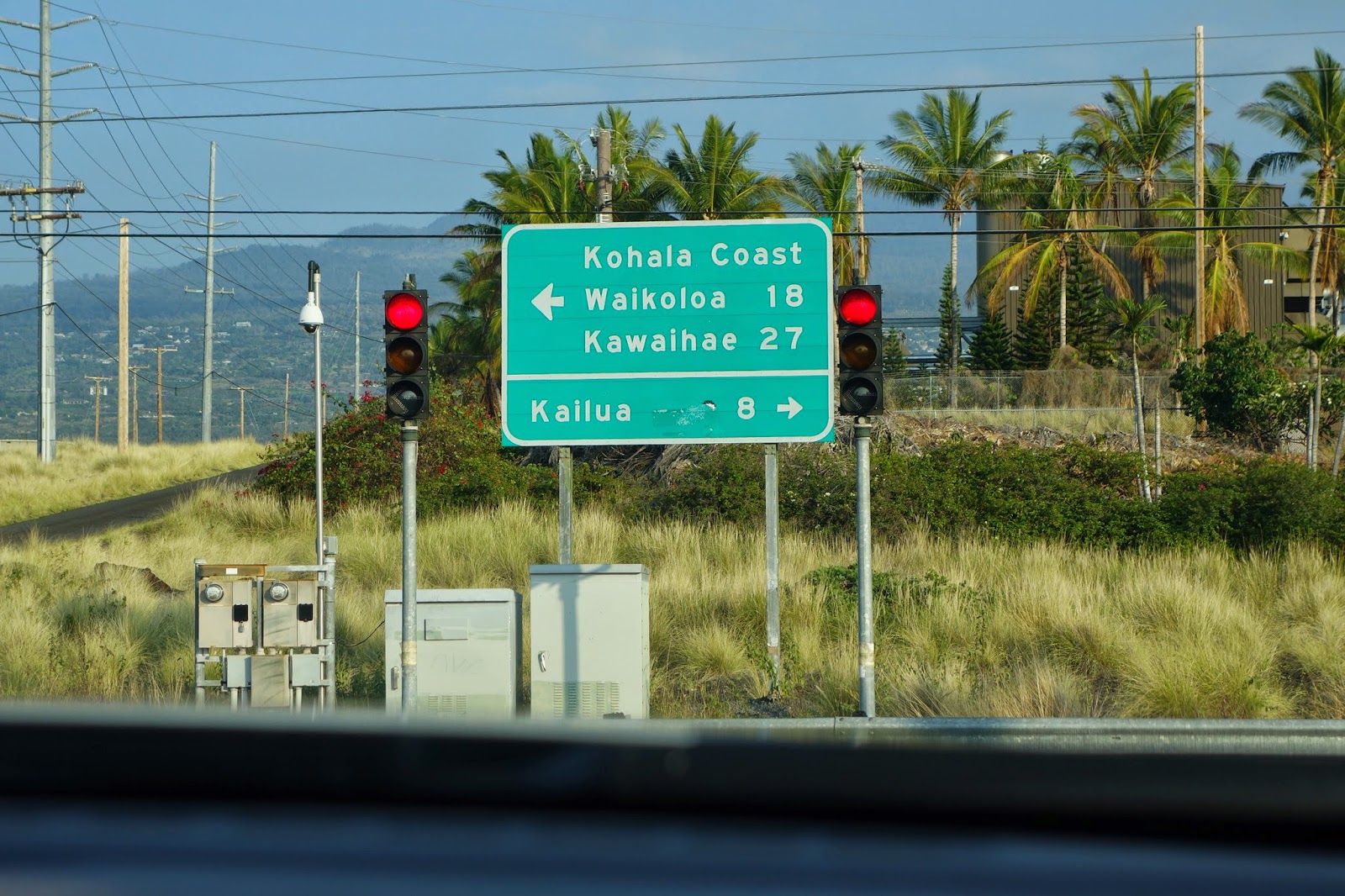 We are headed to the Kohala Coast 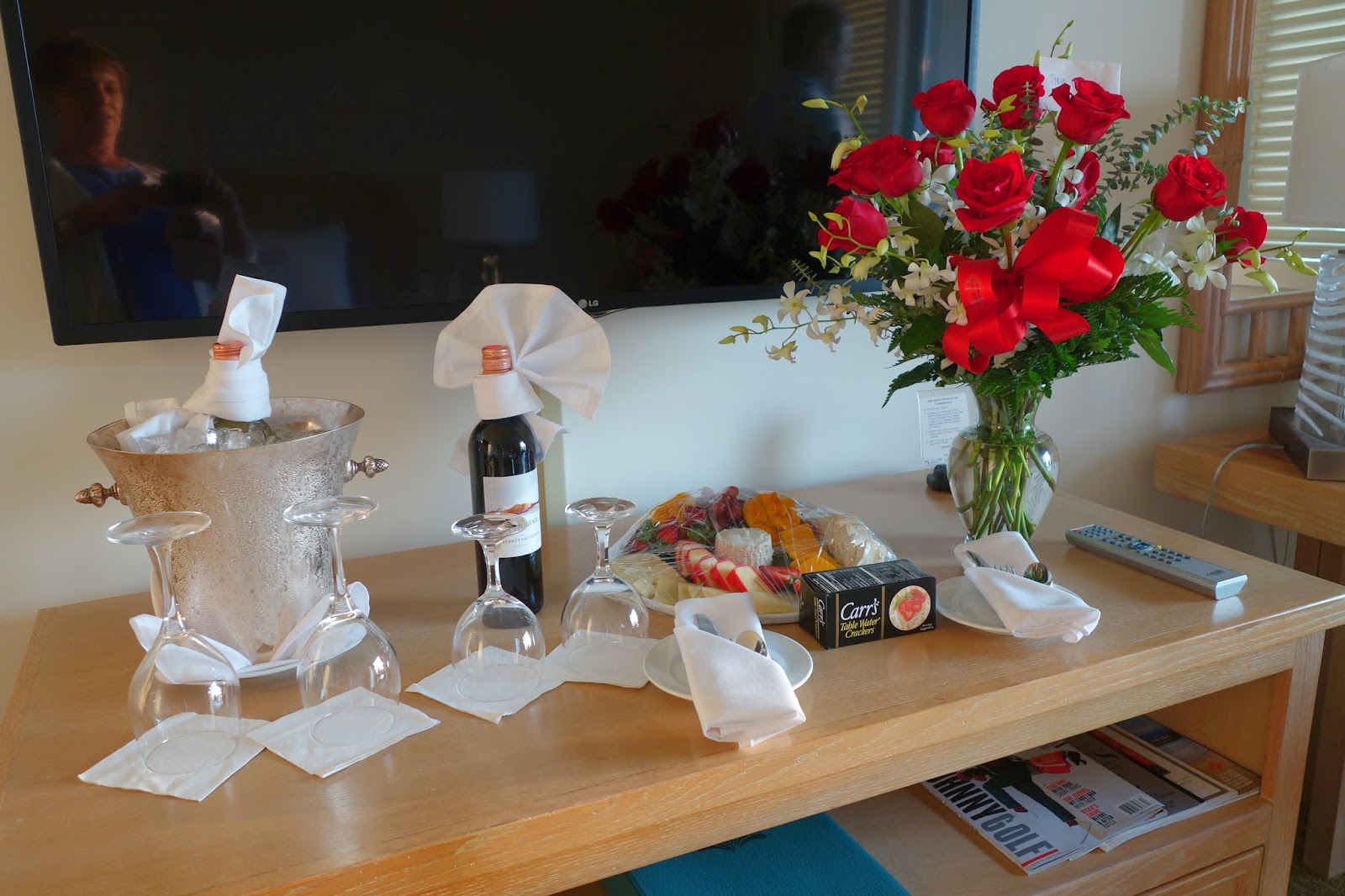 Where anniversary surprises await us both. 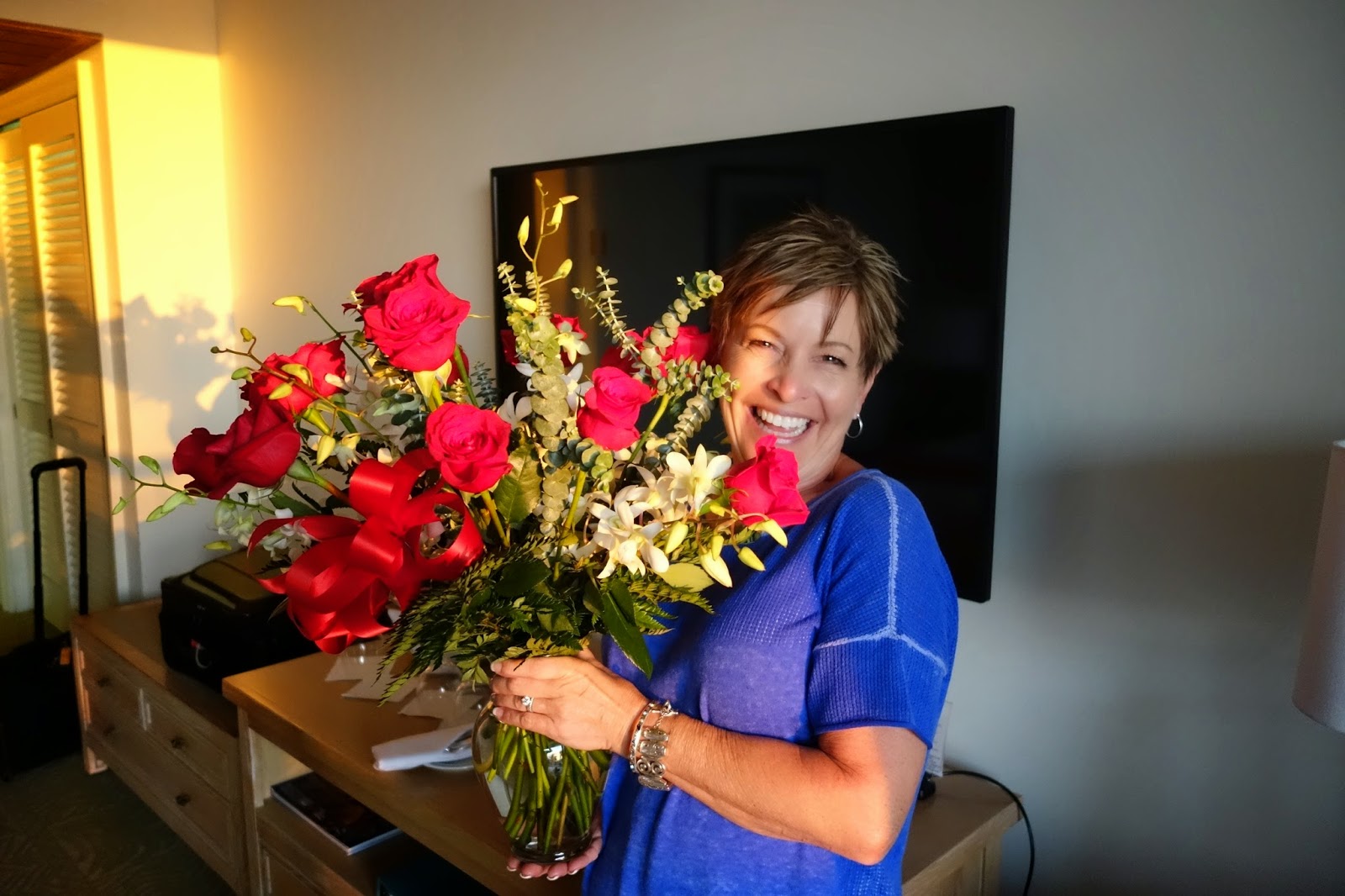 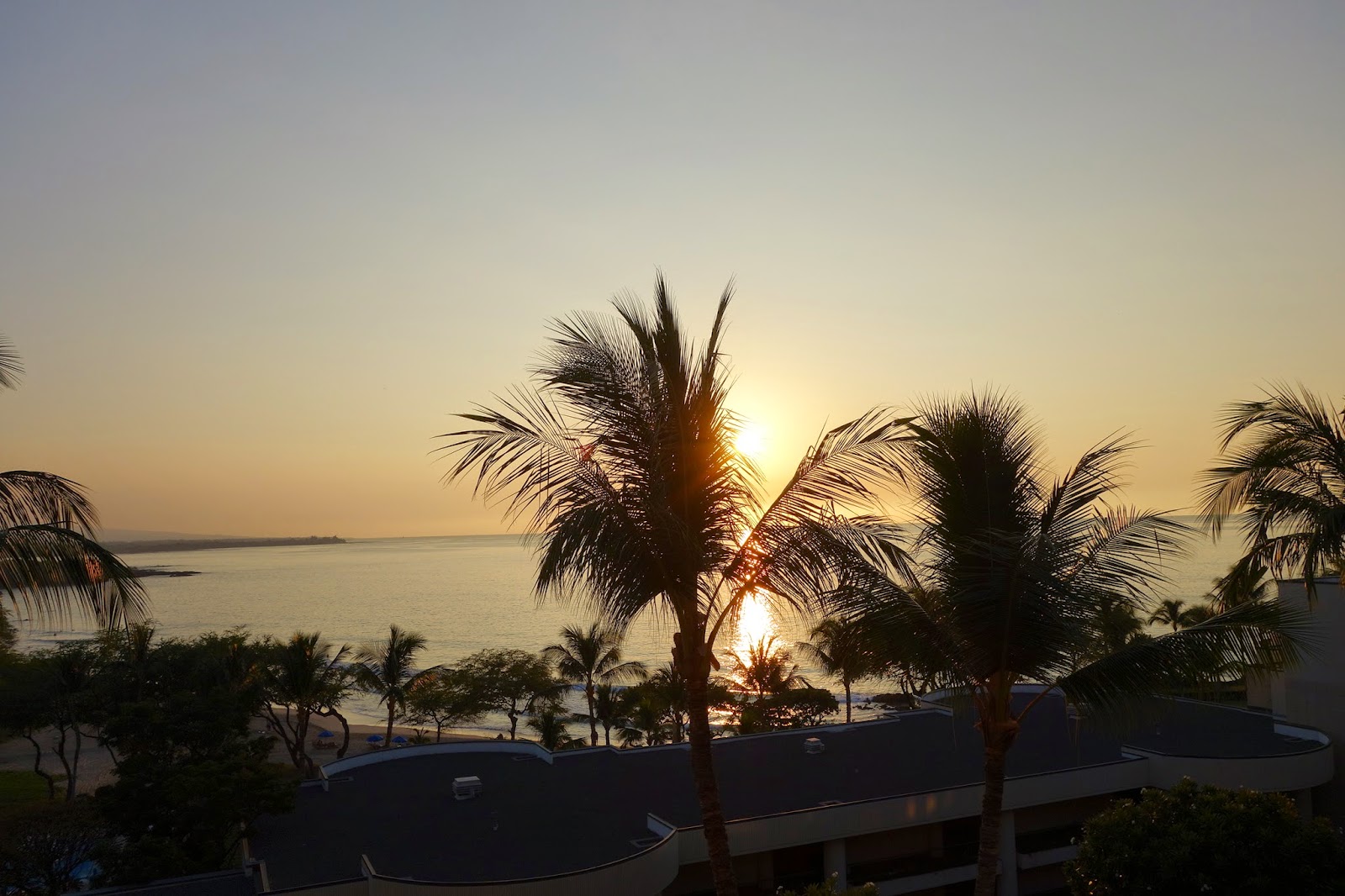 Then dinner on the beach. 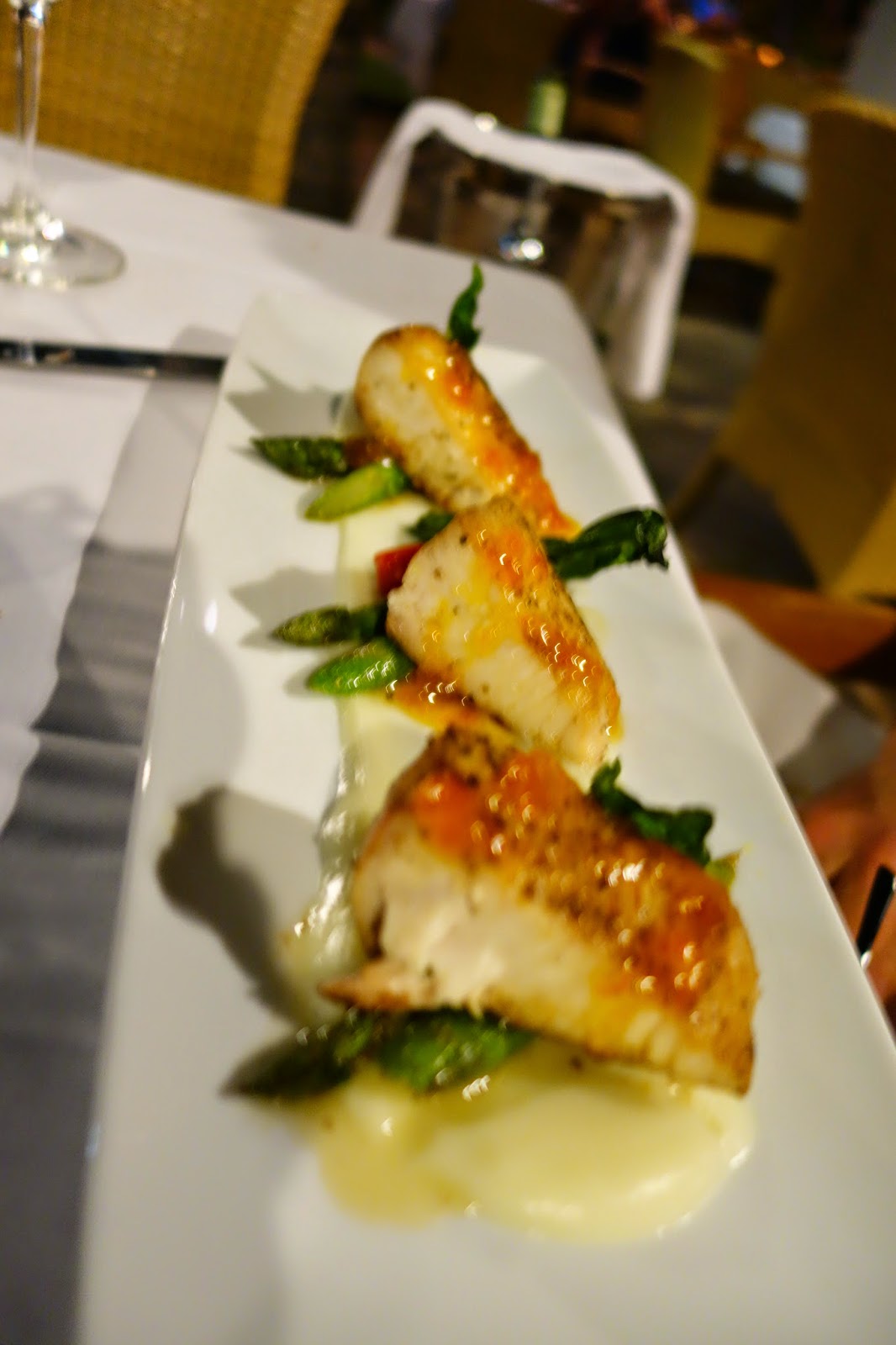 They do amazing things with
fresh fish here!

This Mahi Mahi was to die for! 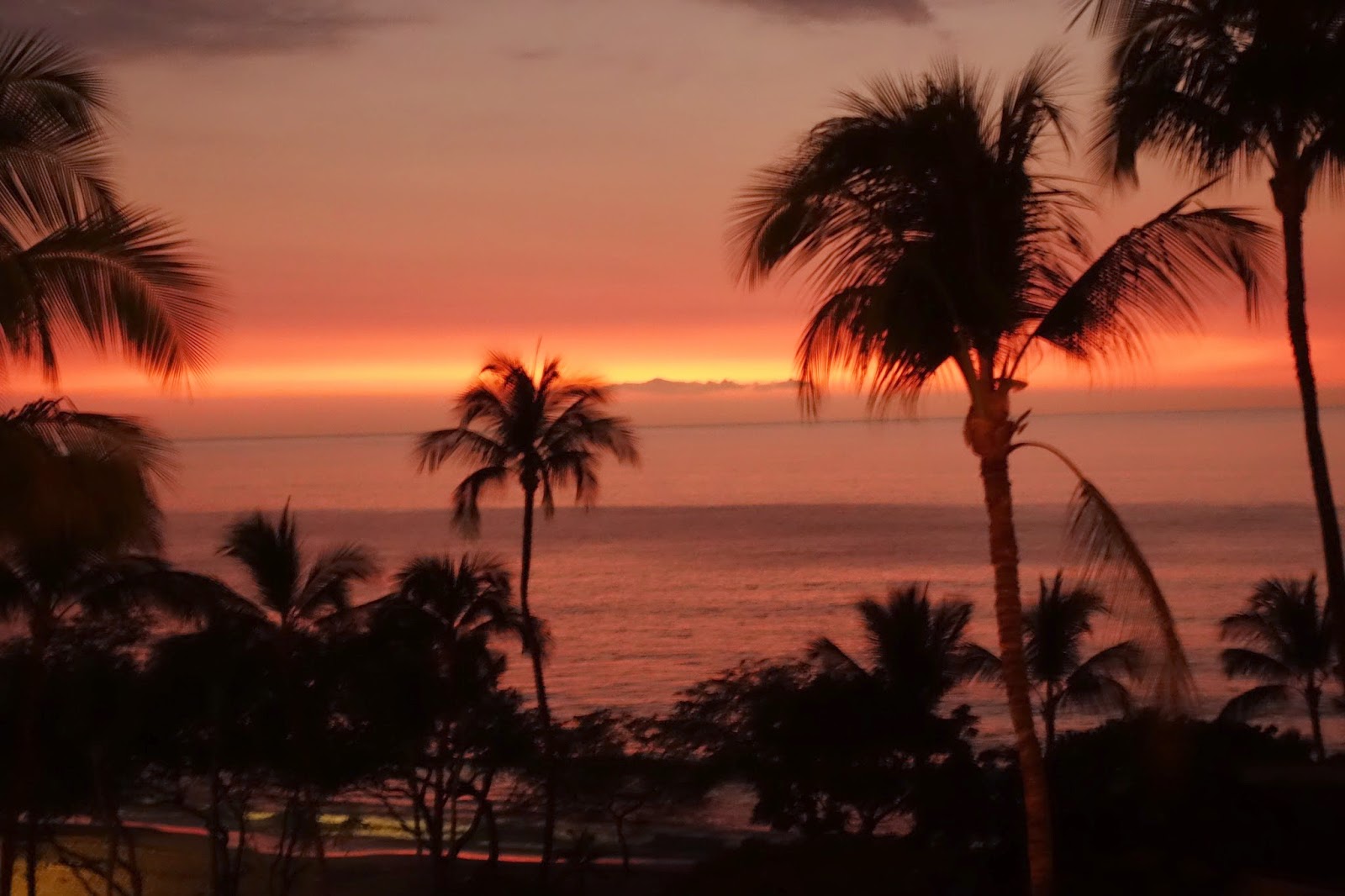 Followed by a ravishing red sunset ~ which
I'm pretty sure he special ordered.

All this, and it's not even our anniversary till tomorrow....... 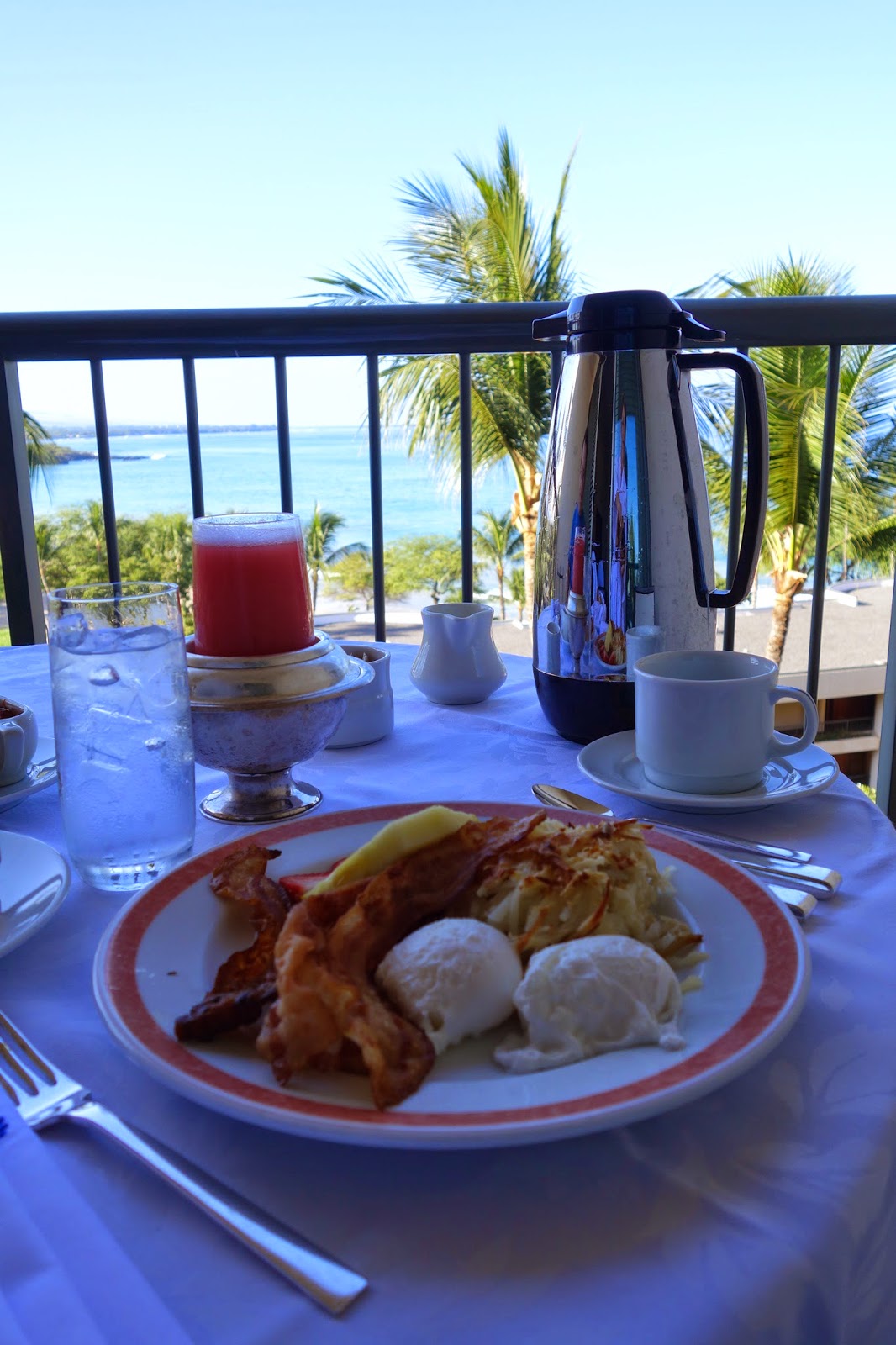 Where we start with breakfast on the lanai ~ then
we're off to explore!

Posted by PassportEnvy.Me at 3:01 PM