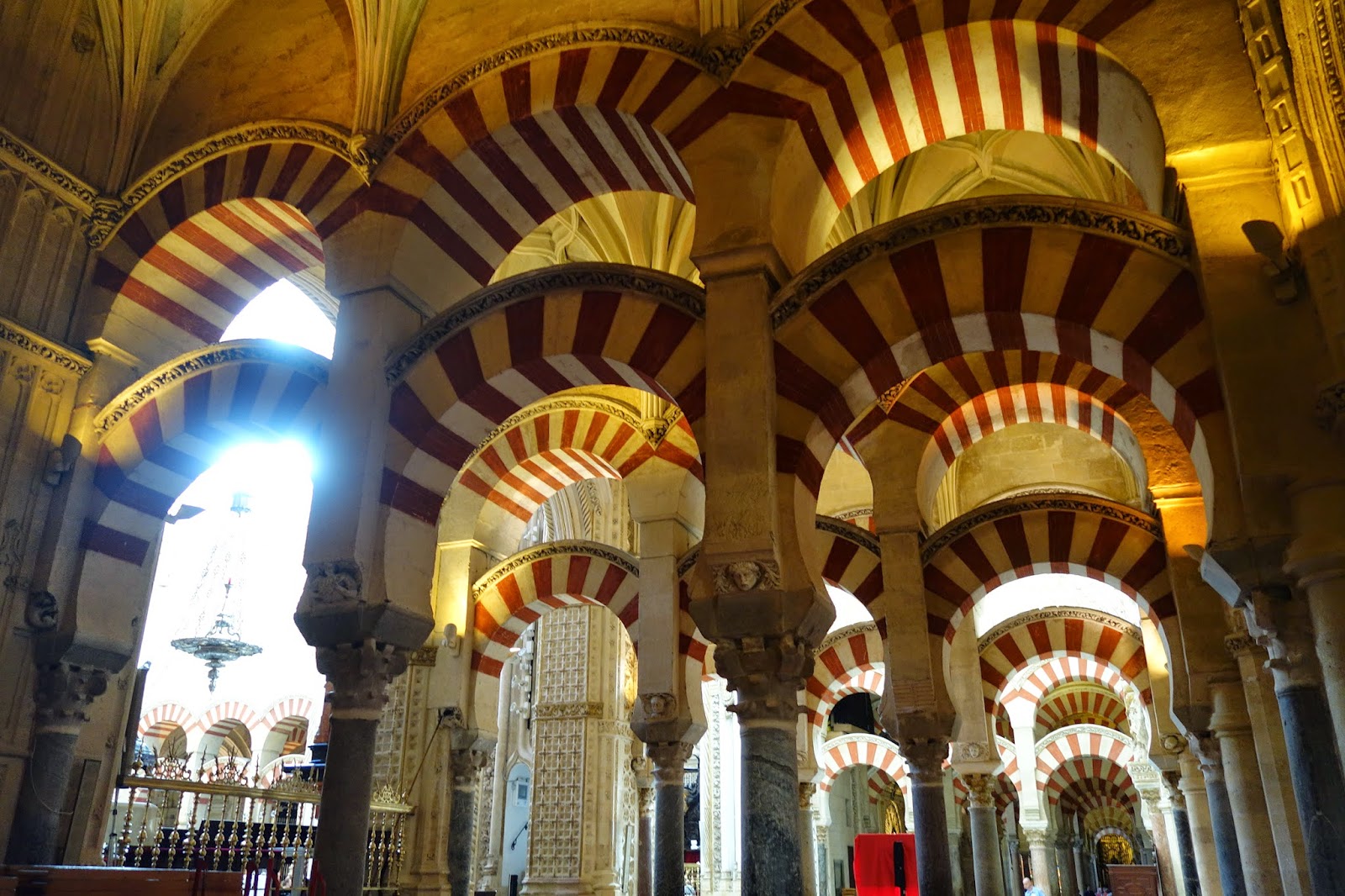 We are now heading to the South of Spain
(I love how that sounds!),


to Seville and the southern coast,
with a two-day stop in Cordoba
to see the famed Mezquita.   Mosque.  Cathedral ? 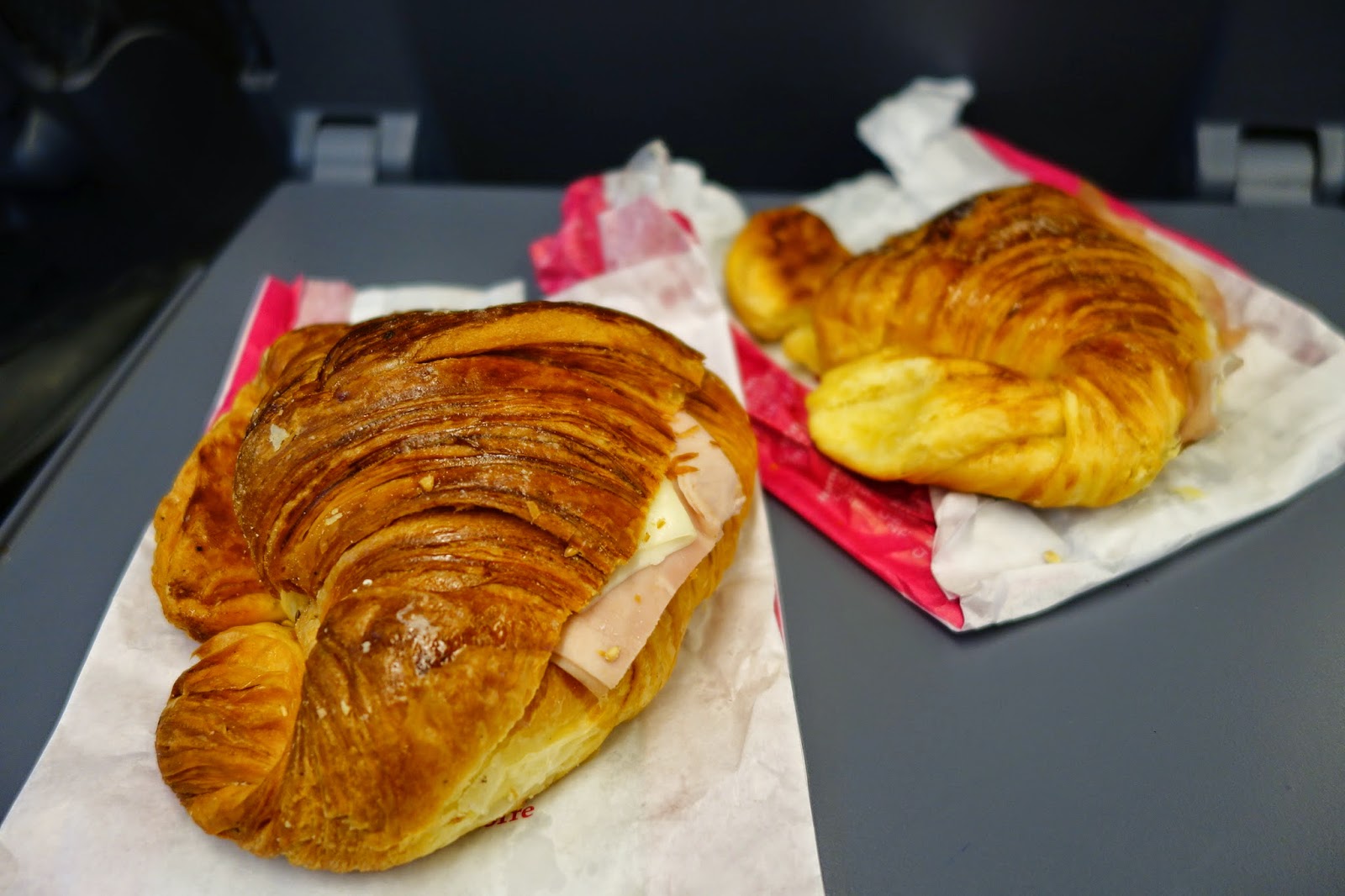 Because we need to catch the early train, this is breakfast.  Not from McDonald's, by the way.  These huge freshly baked croissants, filled with ham & fresh cheese, were produced by the bakery next door to our hotel in Madrid.   It was a delightful "grab & go" for the train.  I did not miss 7-ll at all while in Spain. 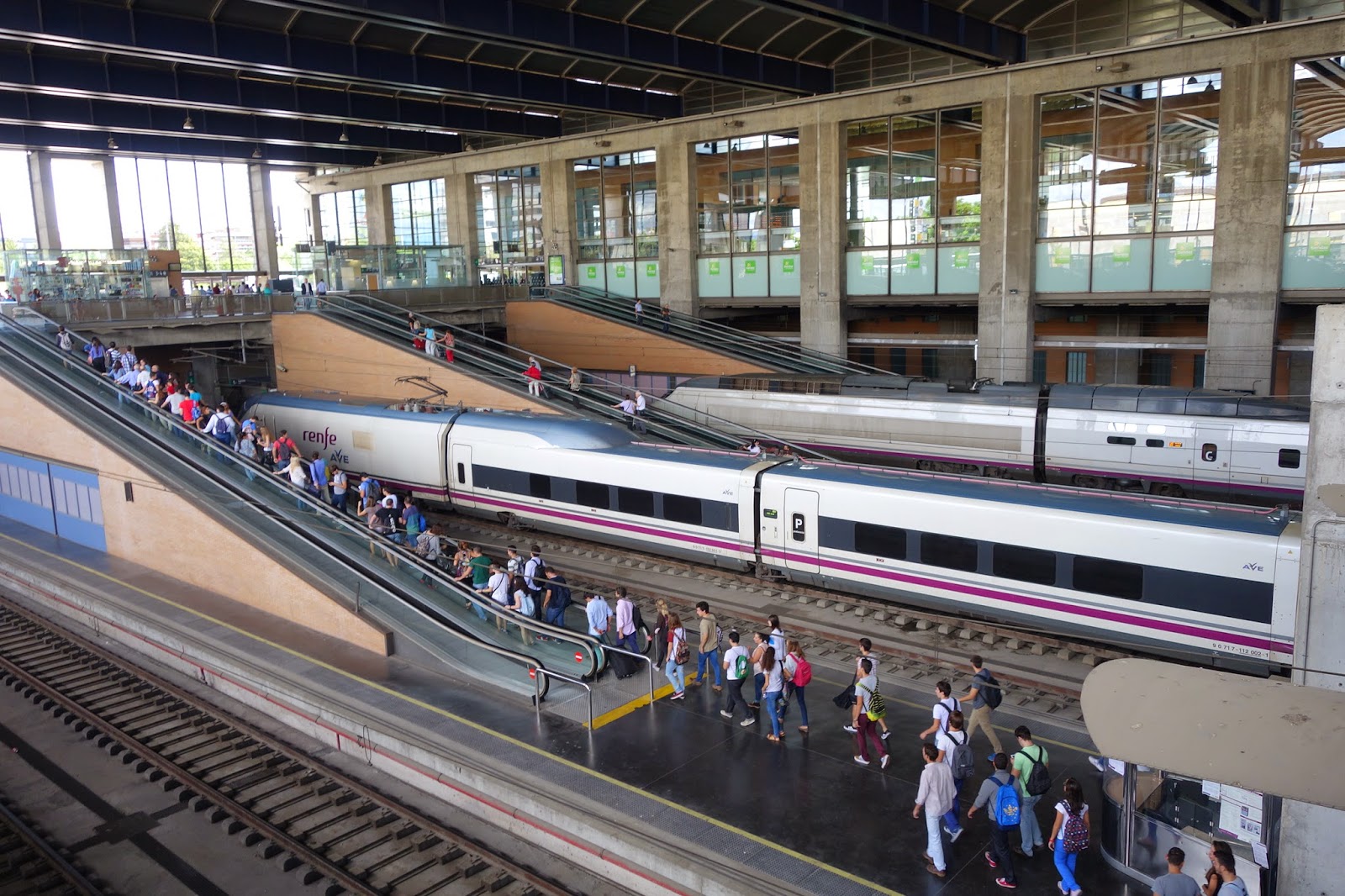 I really enjoy the train travel in Europe.  It's comfortable, it's efficient, it's inexpensive.  You can get up & move about.  You can get a coffee from the cafeteria.  It's a great way to travel.

We arrive in Cordoba, and take a taxi to the hotel.  Well, almost to the hotel.  The taxi's  really can't make it up the last little alleyway.  We are just a block from the famed Mezquita. 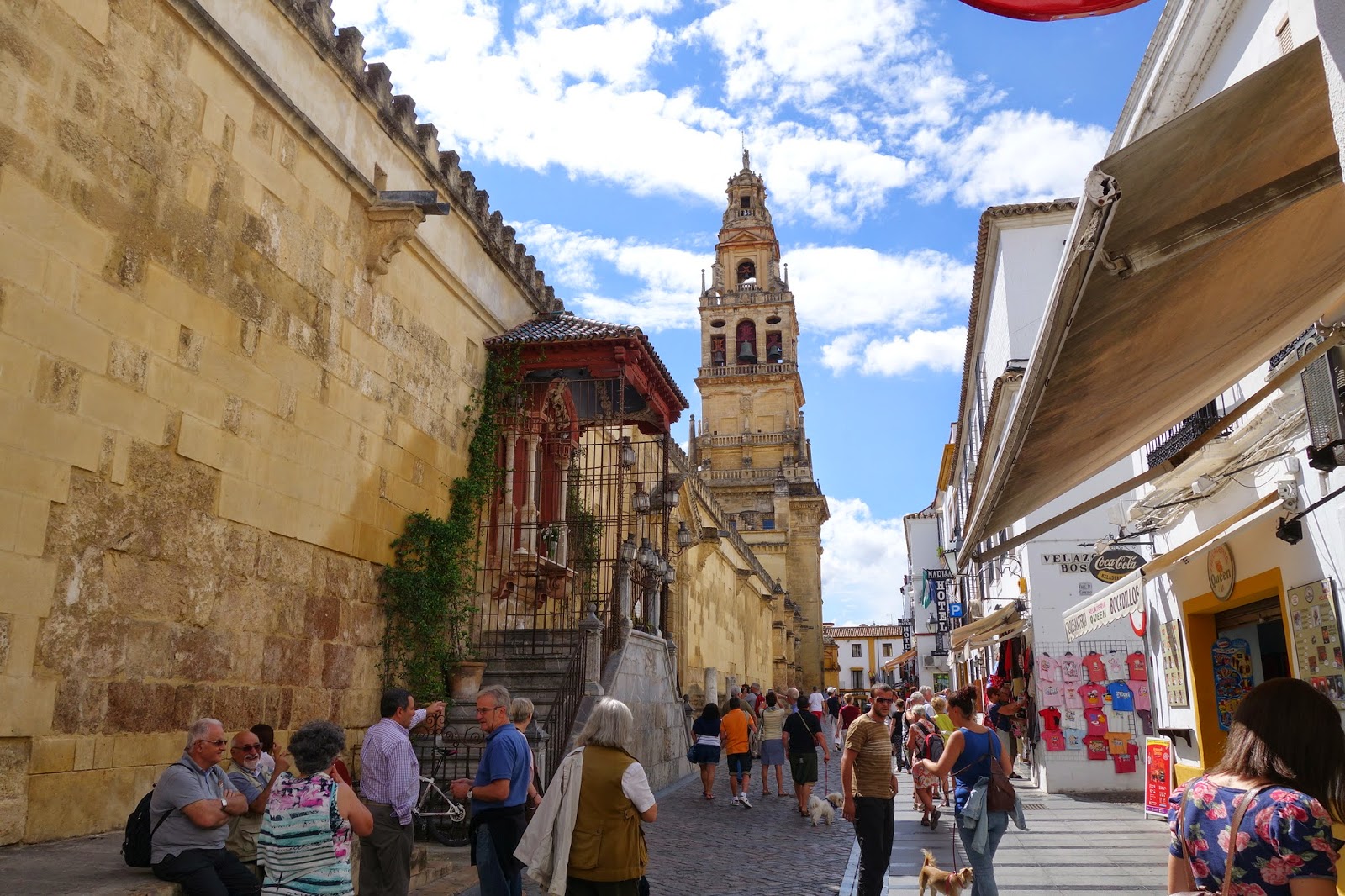 So he lets us off with apologies, which were unnecessary because Mr. C has already looked at this on Google maps and knows that we will need to pull our bags the for last little bit.  (And this is one of the best reasons to be in the gym every day when we're not traveling.  It's an even better reason to always travel light!) 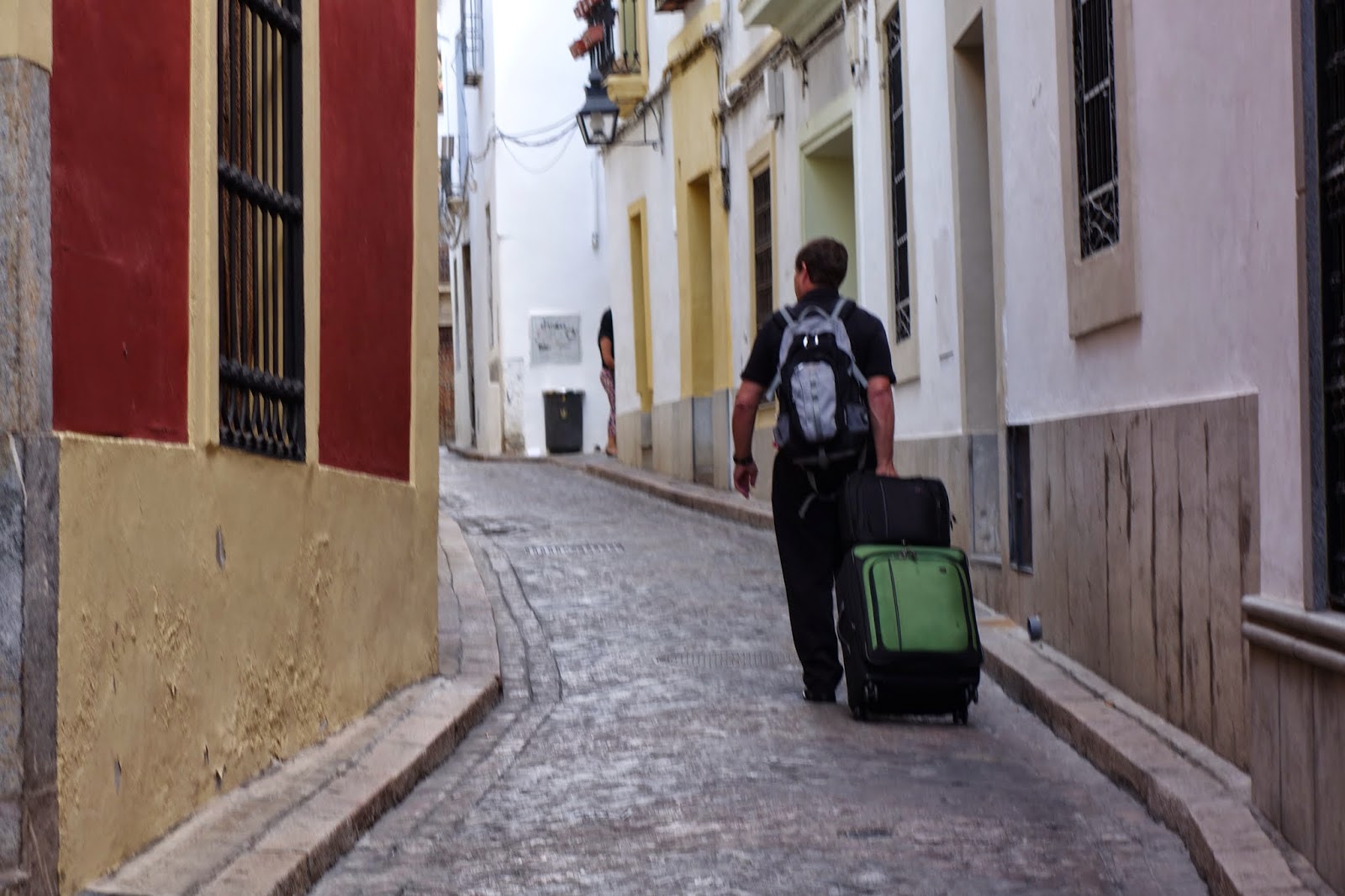 We are instantly delighted with this city.  I know that at one time it was one of the greatest centers of art, culture, and learning in the Western world.   It was, at one time, the Roman and Moorish (Arabic) capital of Spain.  And it was, in that era, second only to Constantinople in importance.  Now it is a city of some three hundred thousand people.

But what I see and love is that the quaint streets and cobblestones are not confined to "old town" as they are in many of these towns in Spain.  Instead, we find that we can wind our way and wander for hours, far from the bustle of tourism, until finally the only tourists we see are the pair of us reflecting in the shop windows. 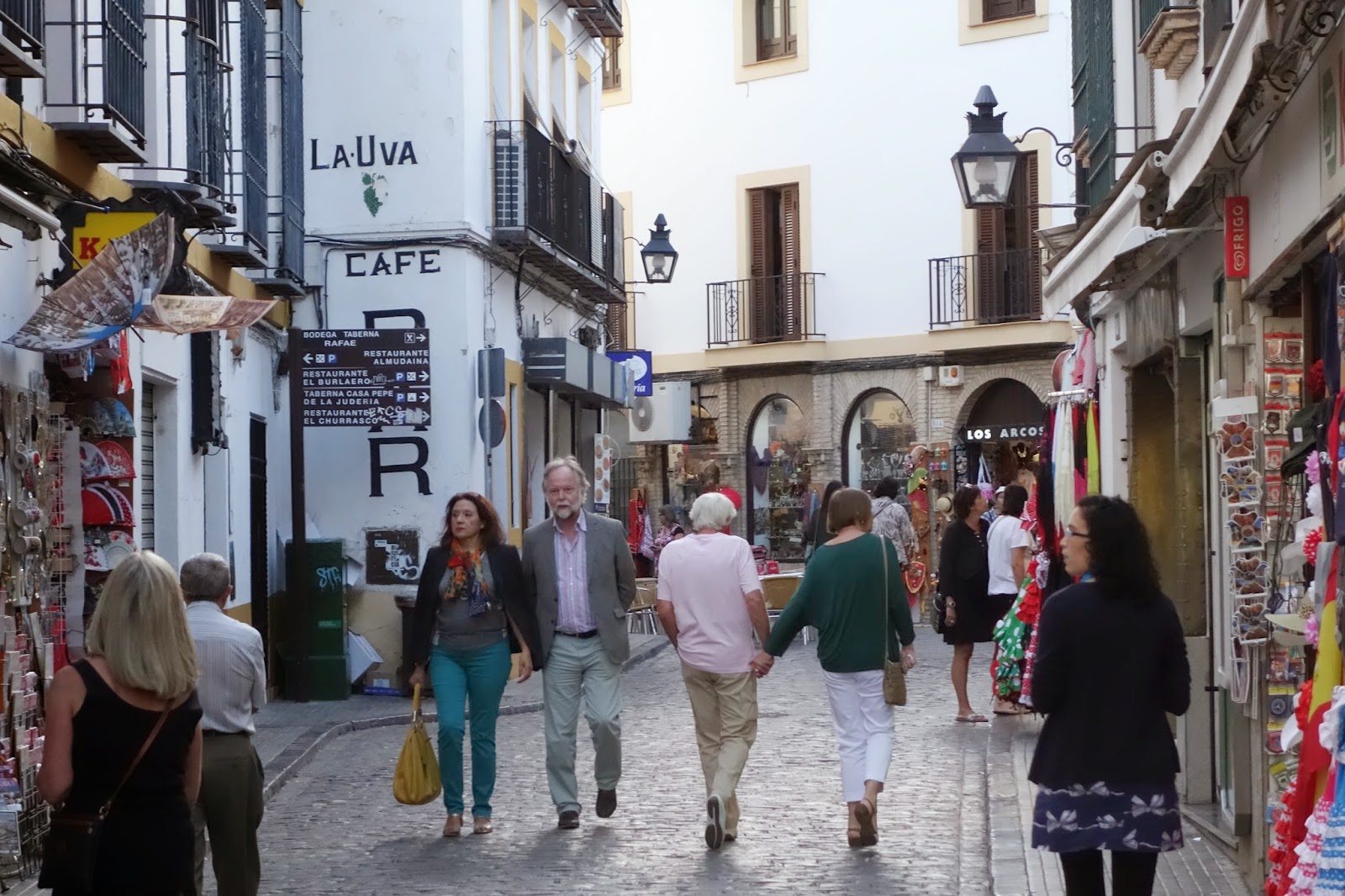 I see and love the working shops ~ meaning not filled with crappy souvenirs, where each shop looks like the one before it, and each shop owner or tender looks as bored as the previous one.  True working shops, where I might go to purchase clothing or home goods or spices or a piece of jewelry for a friend's birthday.

I see and love the working streets, where people are living and loving and raising their families and growing old together.  We are enchanted. 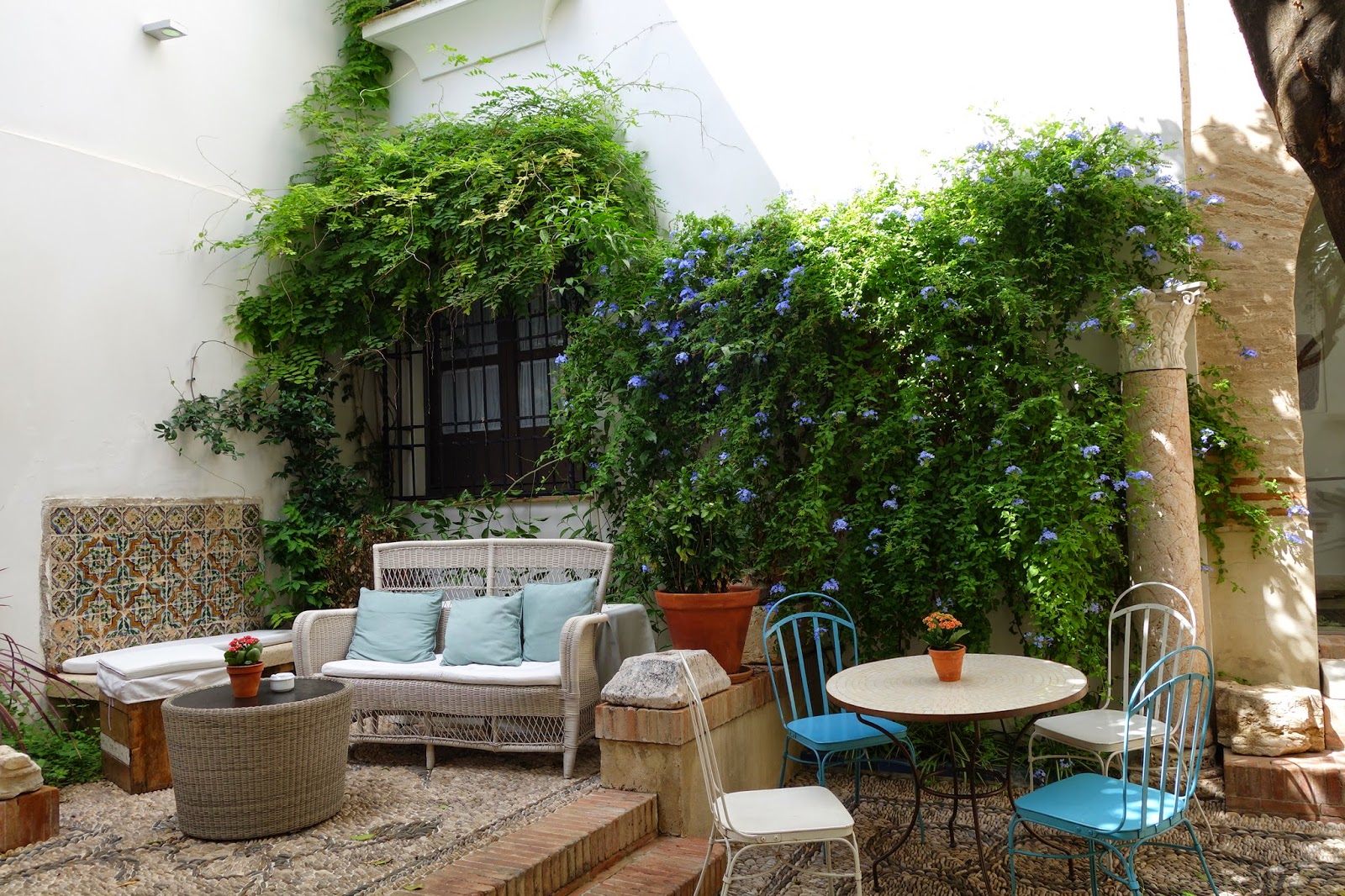 We are also enchanted with our lodgings.  An ancient building, beautifully renovated with only a dozen rooms.  We feel like it fits the setting.   We have dinner here the first night.  At the table on the right. 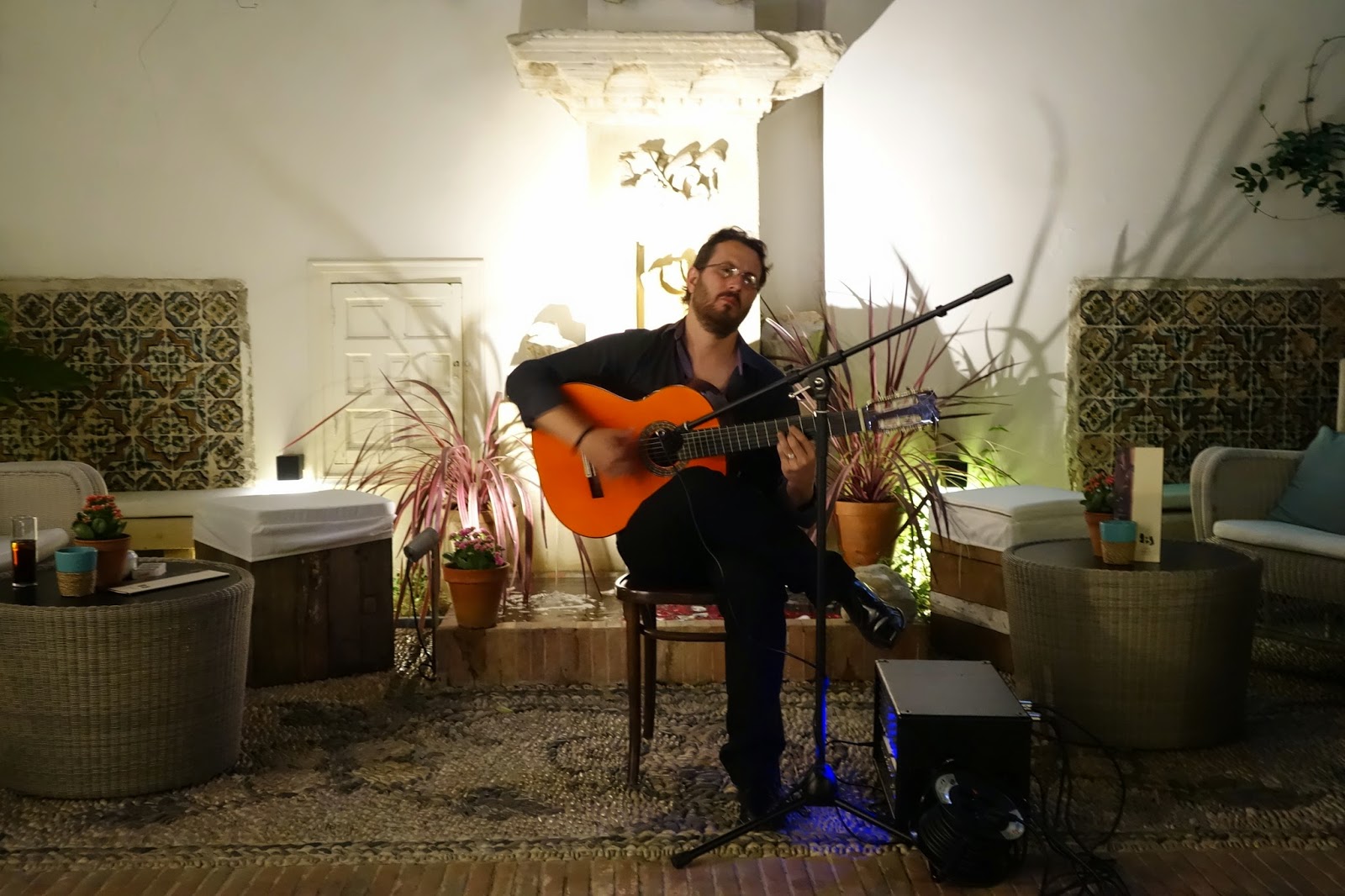 And we enjoy the live Spanish guitar music immensely. 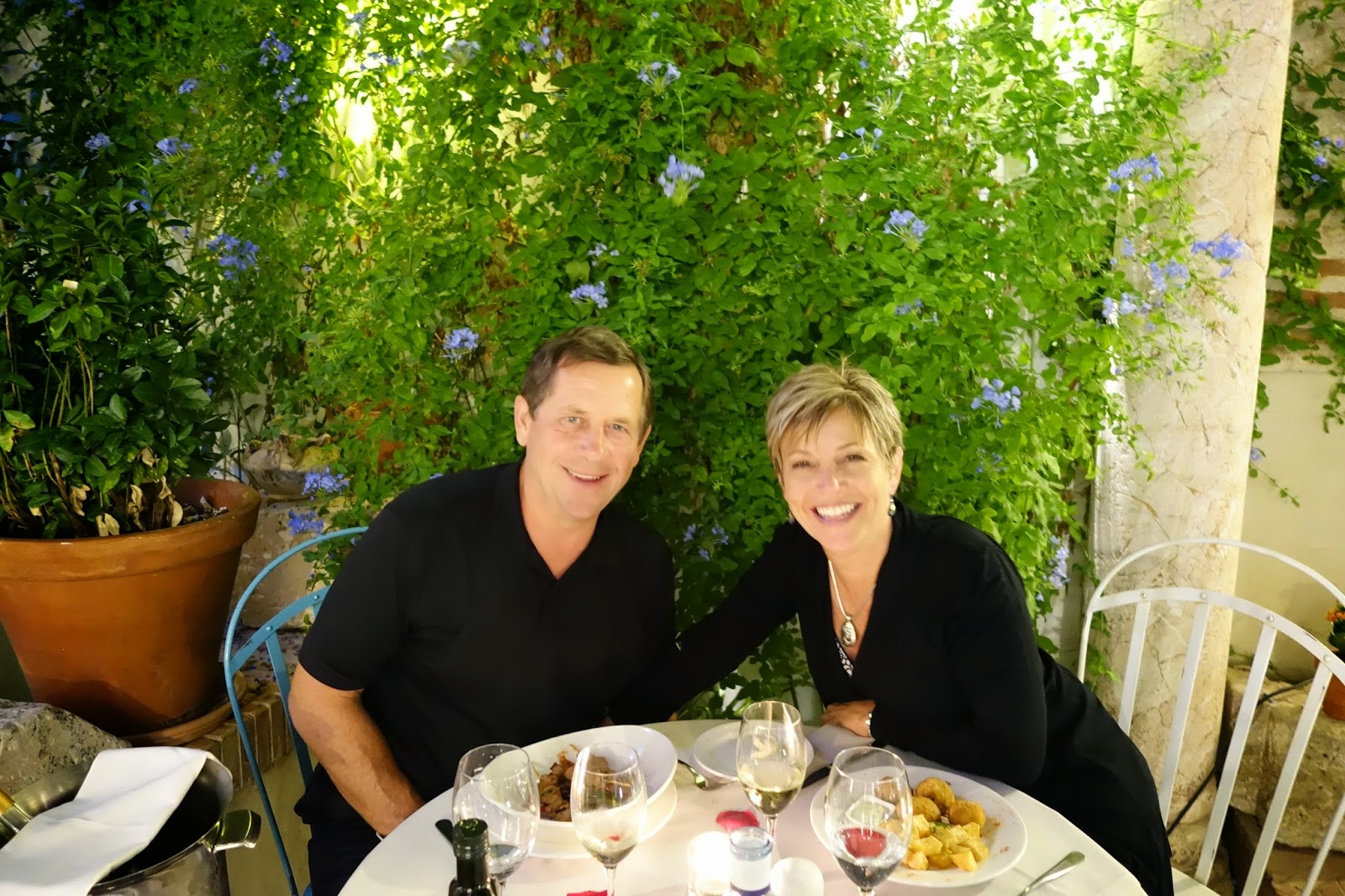 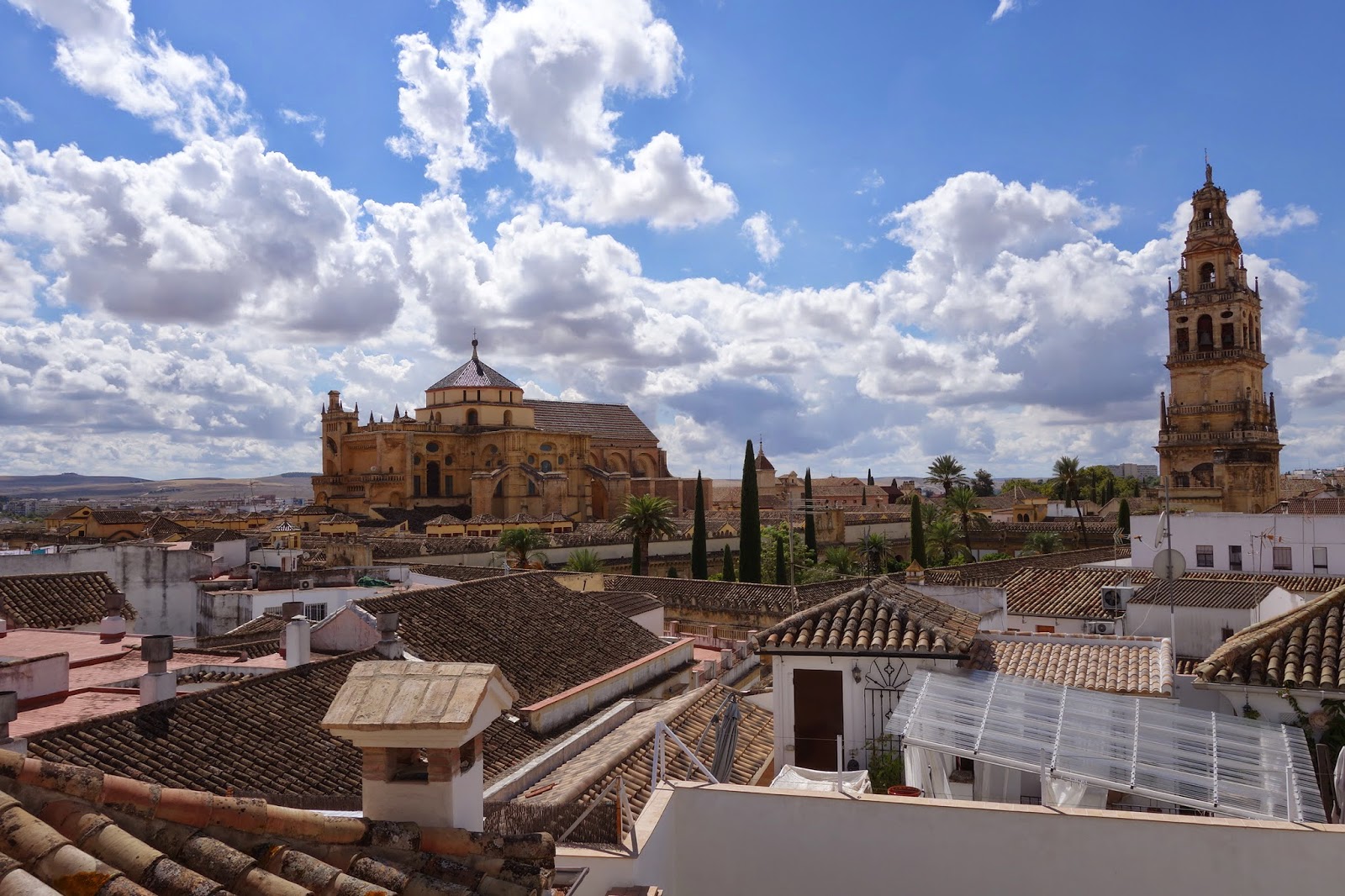 And this is the view from the terrace.
We will have dinner up here tomorrow night.

But the crowning jewel of this town, we know, is the famed Mezquita.  I've never seen anything like it.

Of course we had done our research, and were prepared to be impressed by this many-columned wonder of architecture.  But what wasn't really clear in the research is the strange harmony of the Muslim religion with Catholicism present here, something I've never witnessed anywhere else, and which was amazing to us. 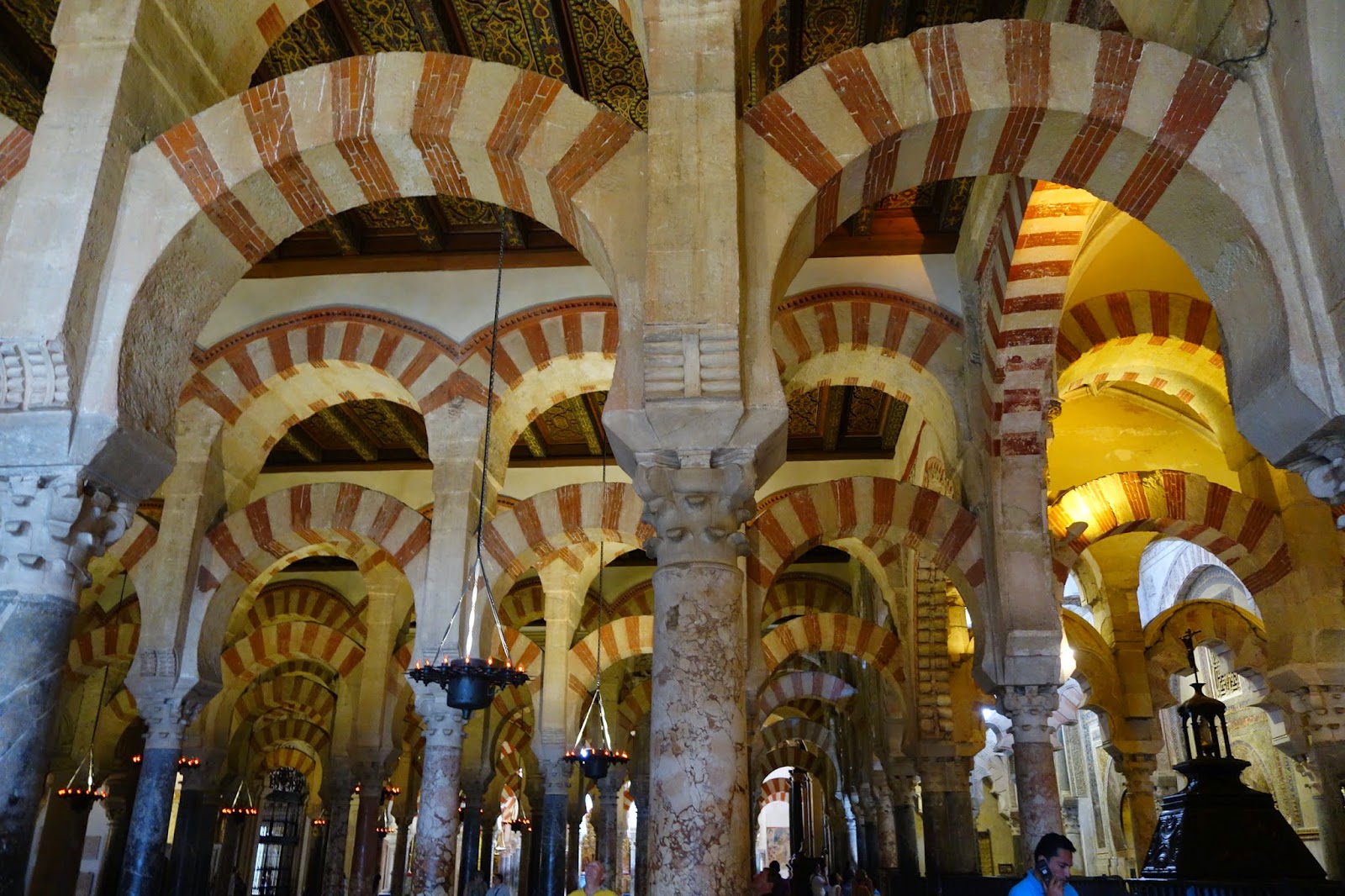 It seems that there was a small catholic church here, originally.  Then, when the Moors came sweeping in and took over the area,  they razed the church and built a Muslim mosque on that site.


Later on, it was enlarged and expanded to what we see today.
A huge mosque.  The biggest mosque outside of Mecca. 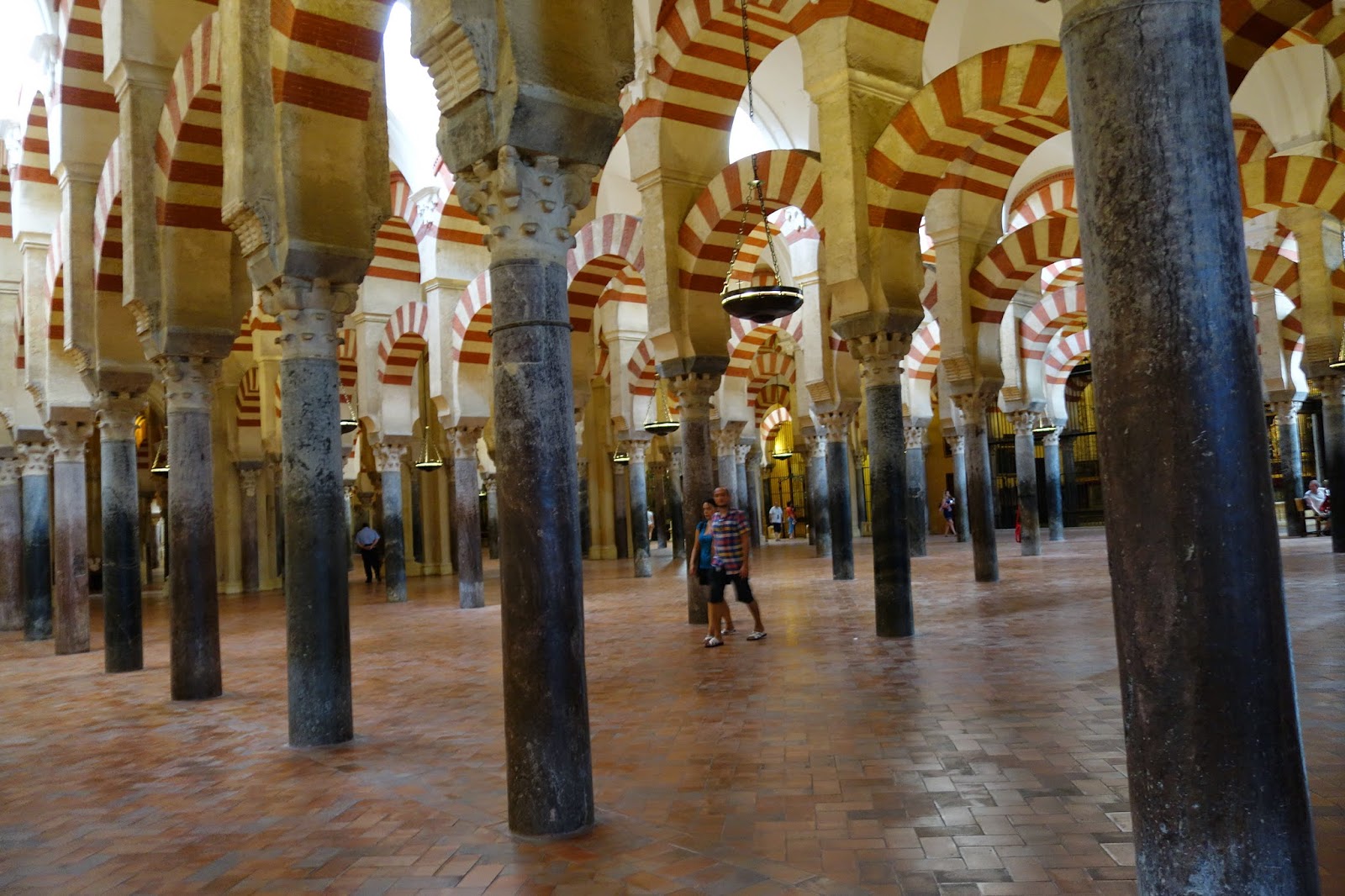 Acres and acres of these amazing pillars.
Over 850 columns of jasper, marble, granite and onyx.
They said the church would hold up to 5,000 people! 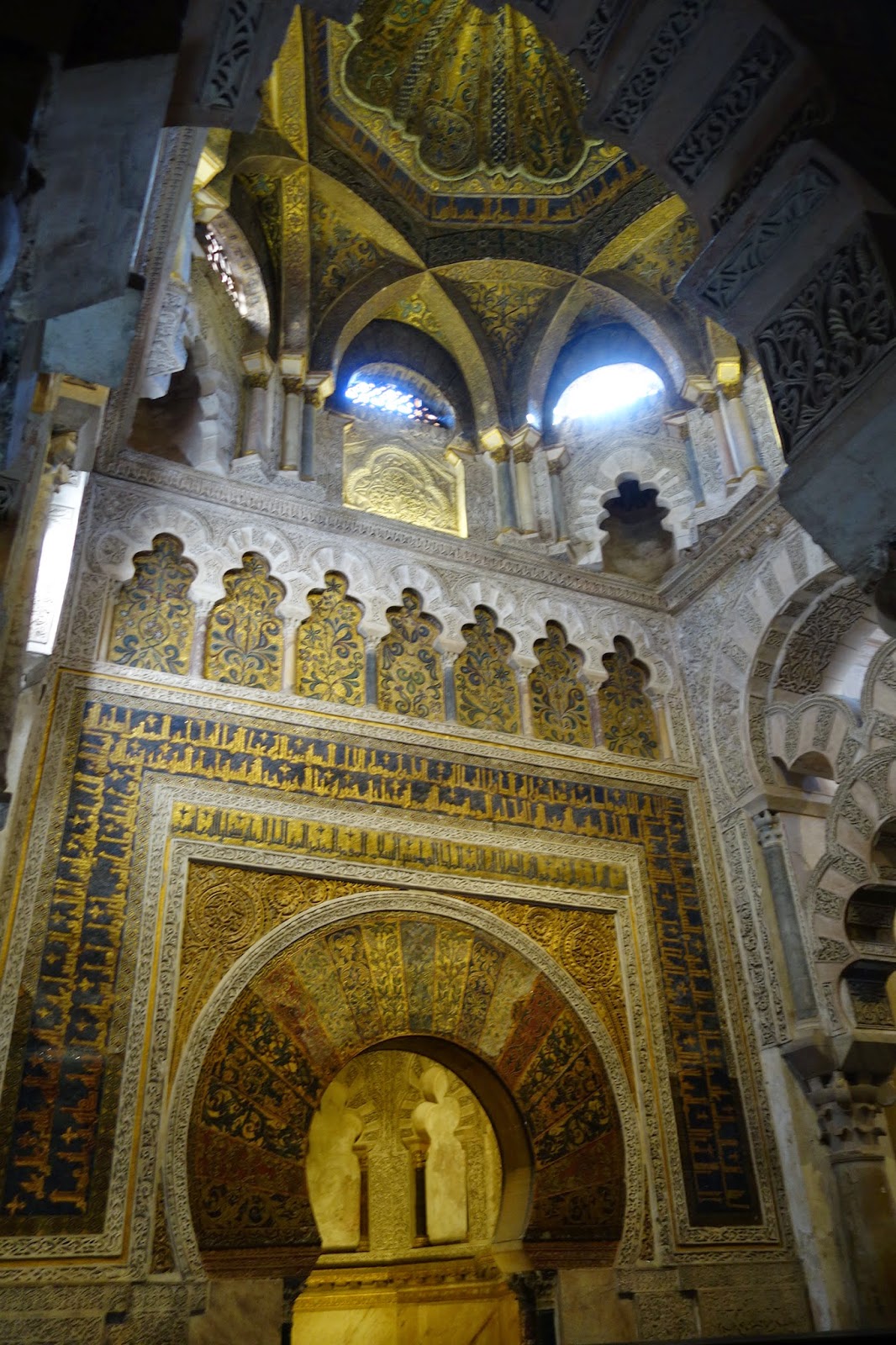 Big education for us.  We learned about the mihrab, the prayer niche, which is the center or core of the mosque (sort of like the central altar for us) and is considered to be the Mezquita's greatest jewel.


We learned about the Moorish culture and people. 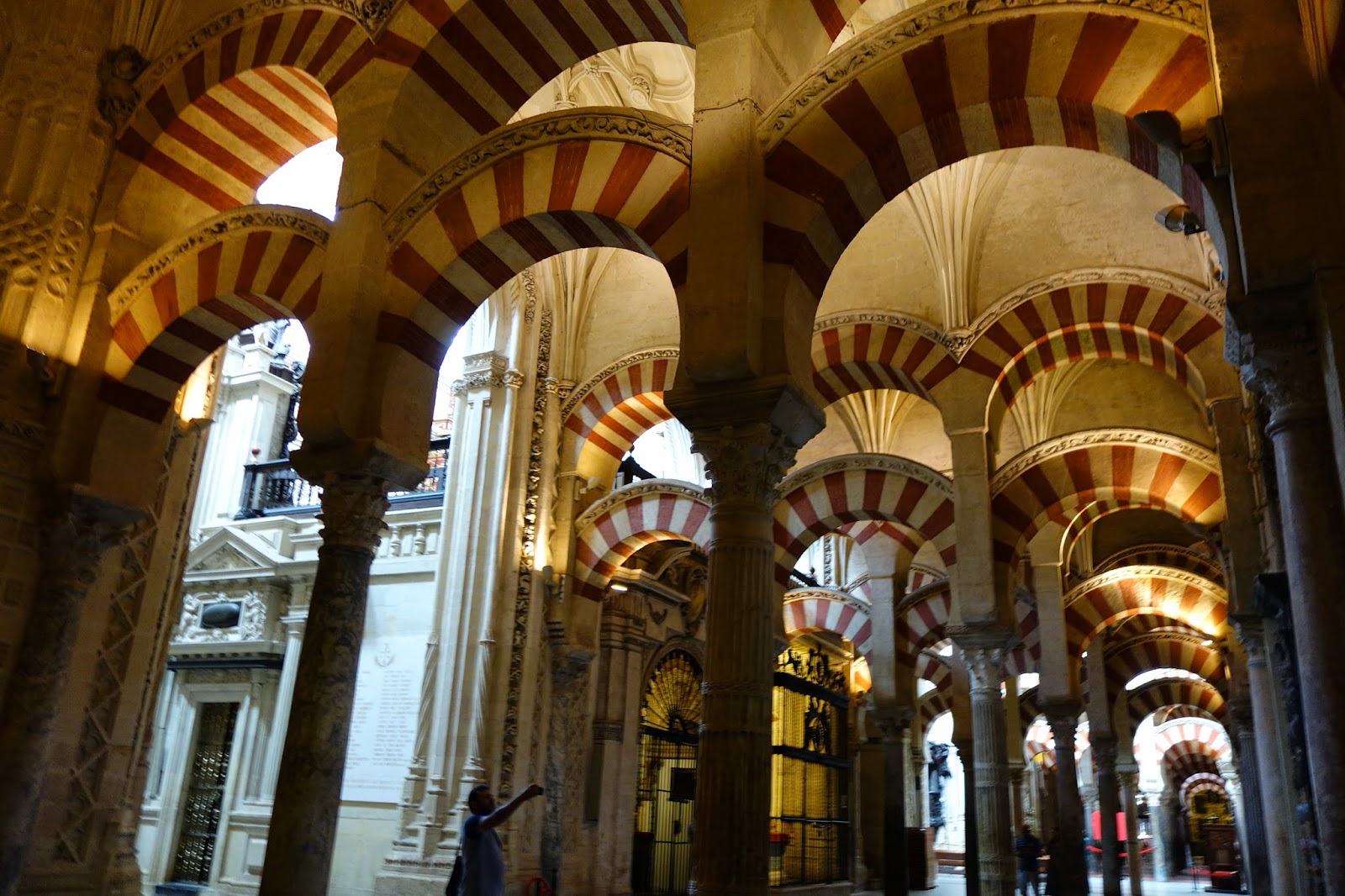 But here's the topper.  The most fascinating thing that we learned was that this beautiful Mosque was re-claimed by the Catholics and has been converted back into a Cathedral ~  but they left all the Muslim stuff in place, and just built a bigger (newer) Cathedral inside.  Inside the Muslim Mosque.  It's really pretty remarkable. 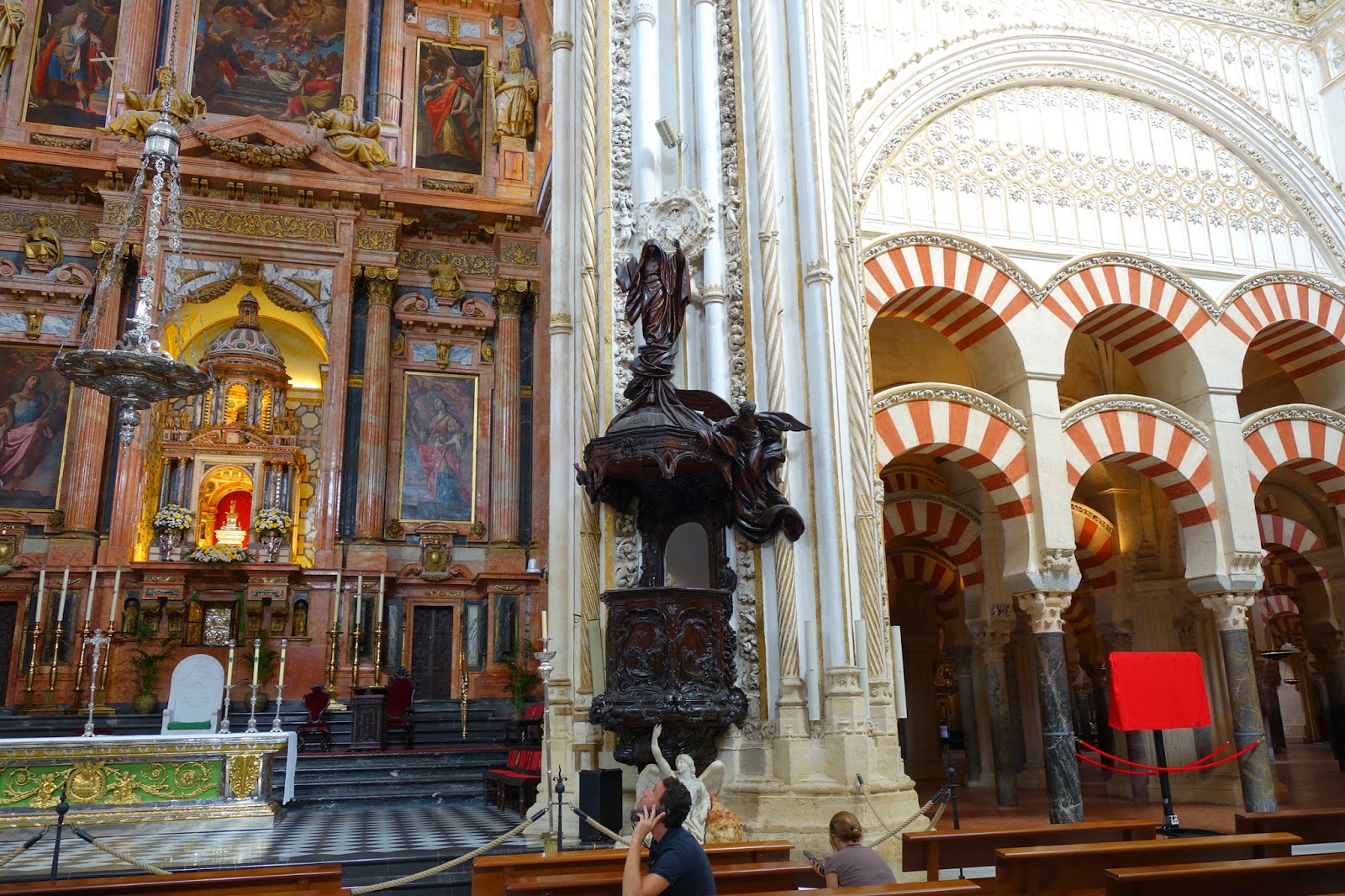 And here you have it.  Catholics to the left,
Muslims to the right, please.
A very interesting concept. 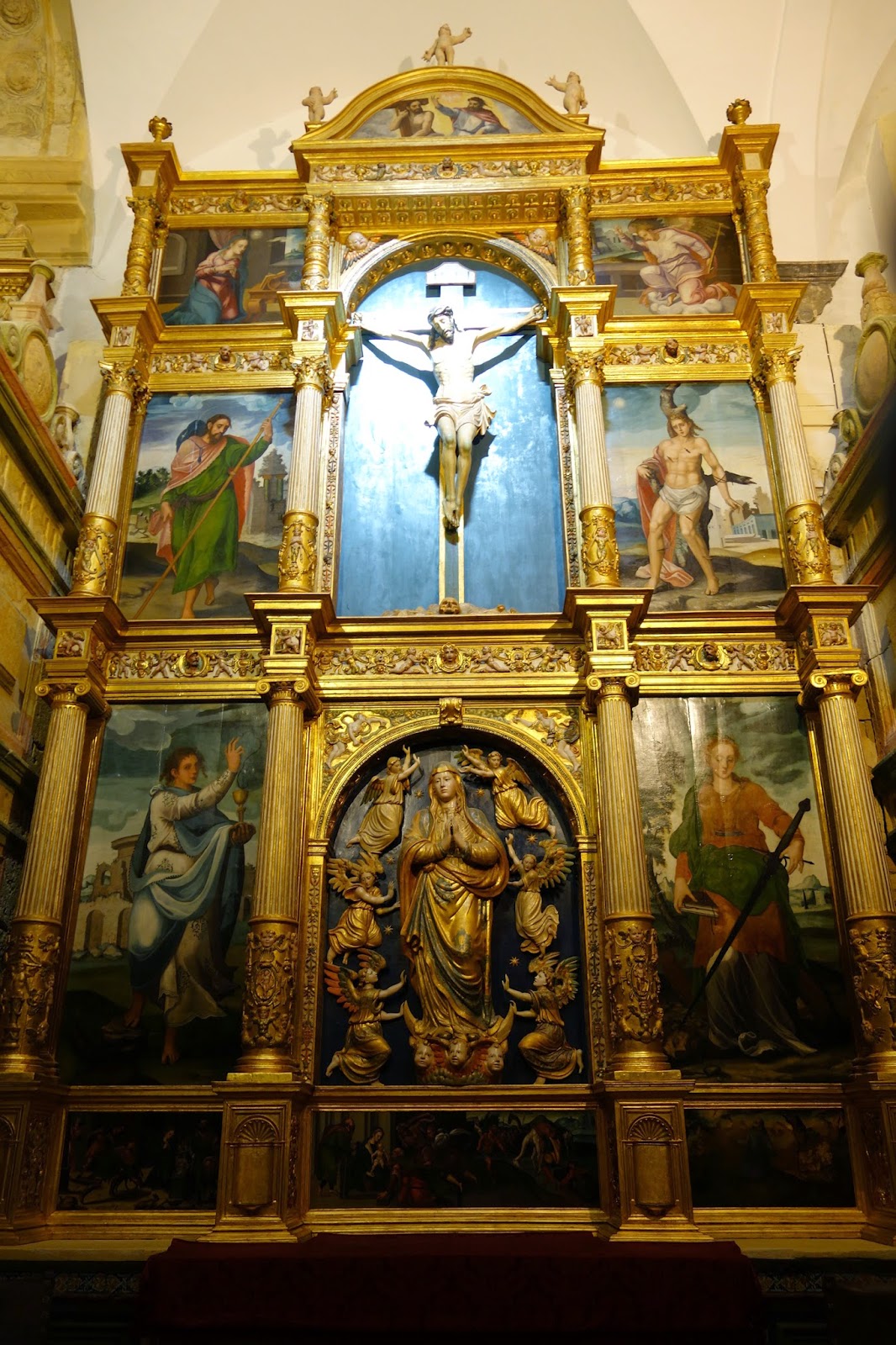 Because let's face it.  This kind of respect and tolerance is not-so-common. It's usually all about being right and self righteous and proving that by demolishing whatever is different than what we might believe. 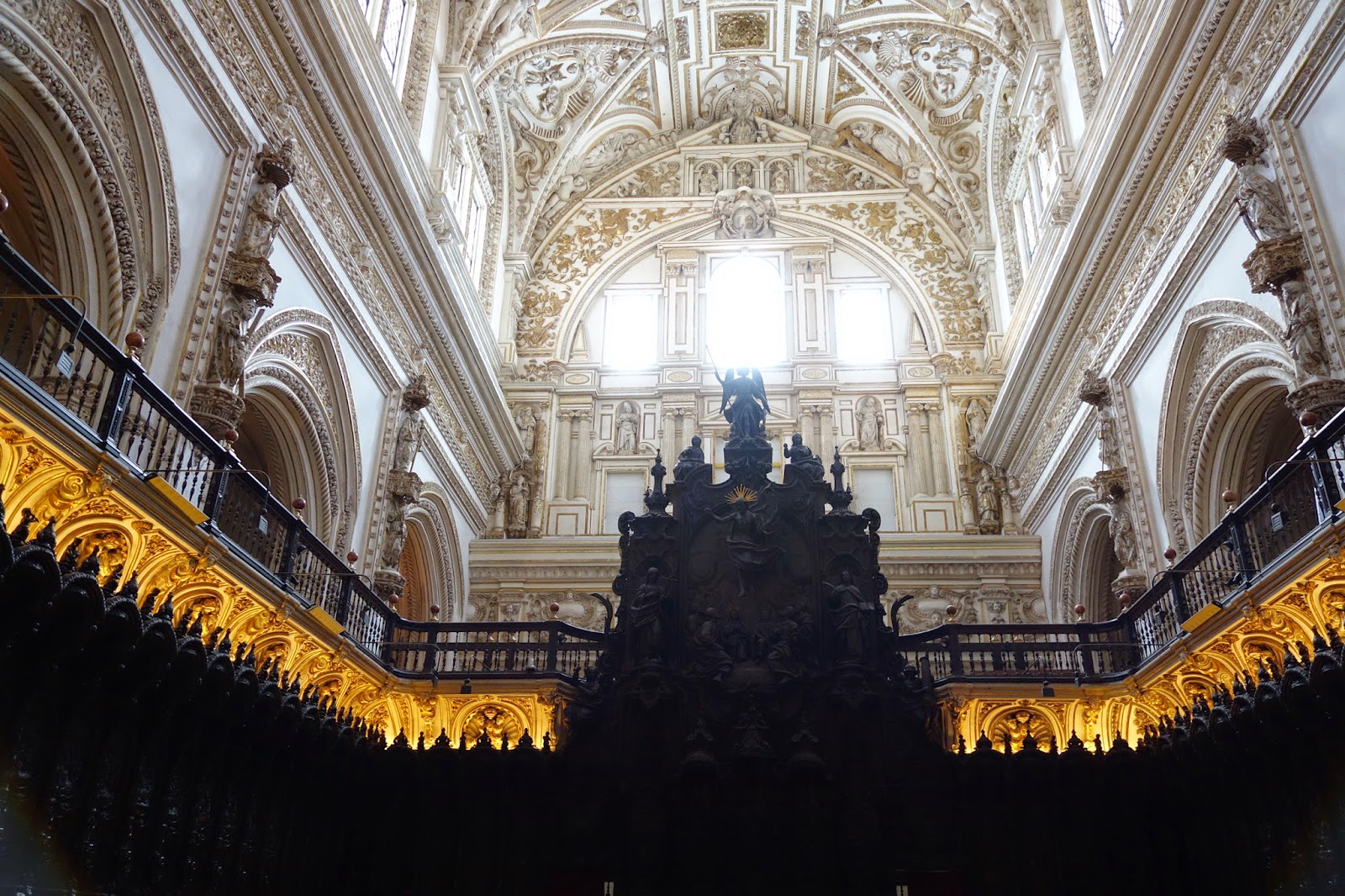 So thank goodness this amazing architecture was saved by a combination of common sense, respect,
understanding and tolerance. 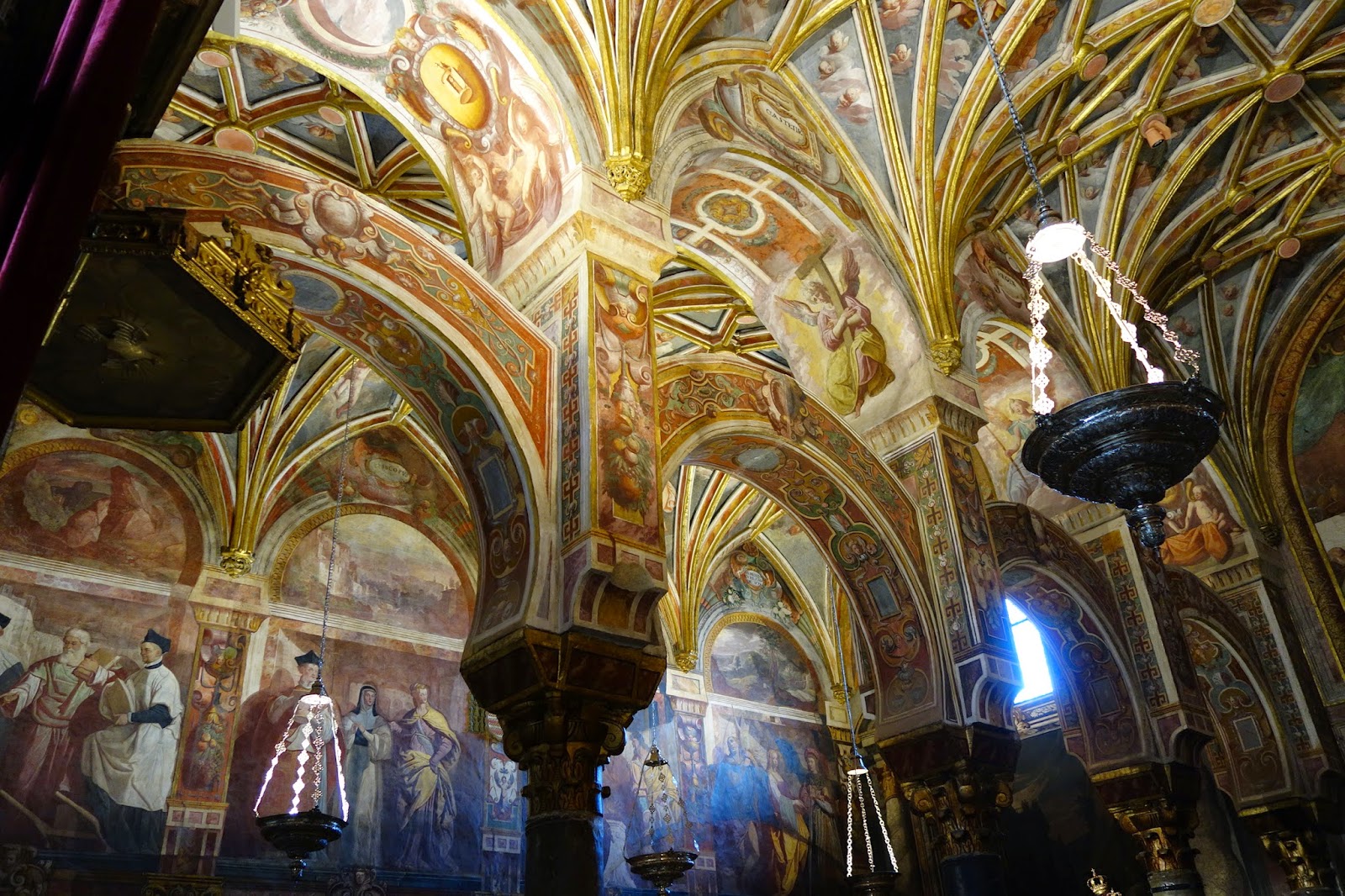 But the true picture of how real this relationship is, still today, came at 5:45 that night, as we were sitting upstairs on the terrace that overlooks the city. 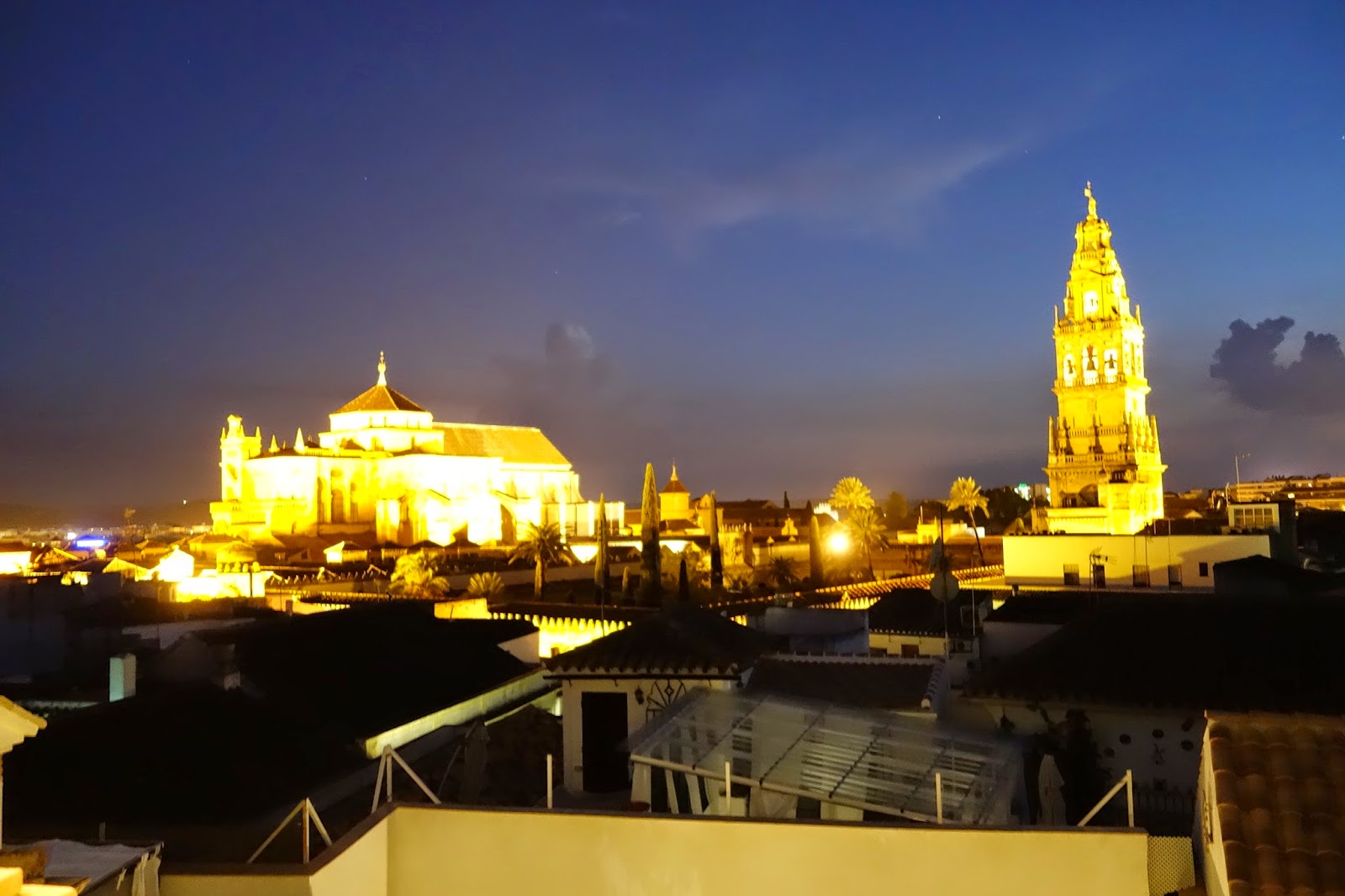 As the sun was going down, and the city was starting to light up, we heard it.  The Islamic call to worship ~ those beautiful mournful cries carrying on the wind ~ followed by the Catholic church bells, ringing out their decree right on it's heels.


An strange and amazing harmony of religions.
Something I will never forget.

Posted by PassportEnvy.Me at 9:20 PM