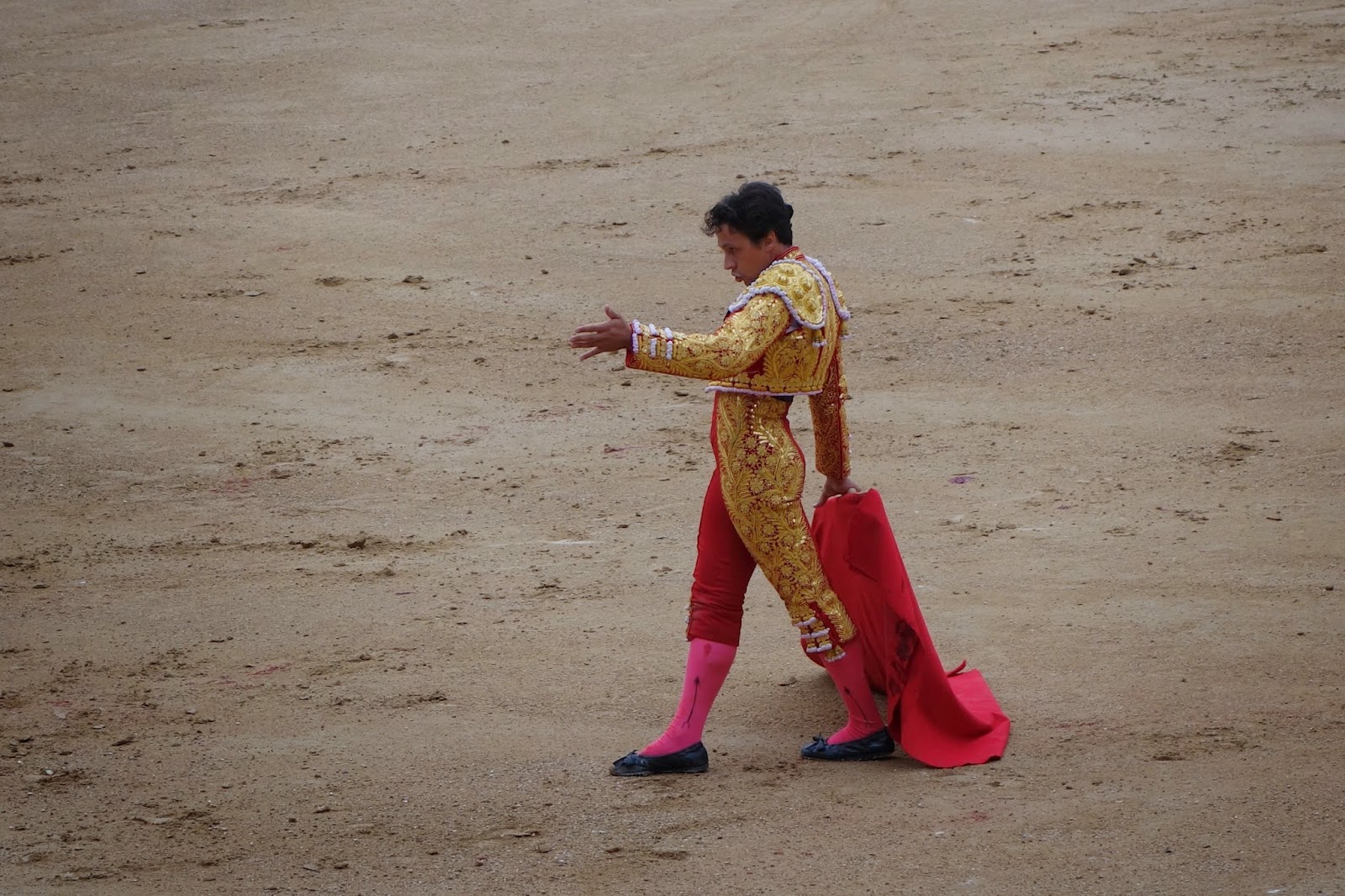 We attended the bullfights while in Madrid with a mixture of interest and trepidation.  It has become a controversial sport, even here in Spain (it's been banned in Barcelona), but it is an undeniable part of Spain's culture and national identity.  Part of the reason we travel is to experience other cultures.  So we bought tickets.

I must say, I don't really have words for all this.  The pictures will have to speak for themselves.  And they are graphic, so if you are opposed, just don't go any further. 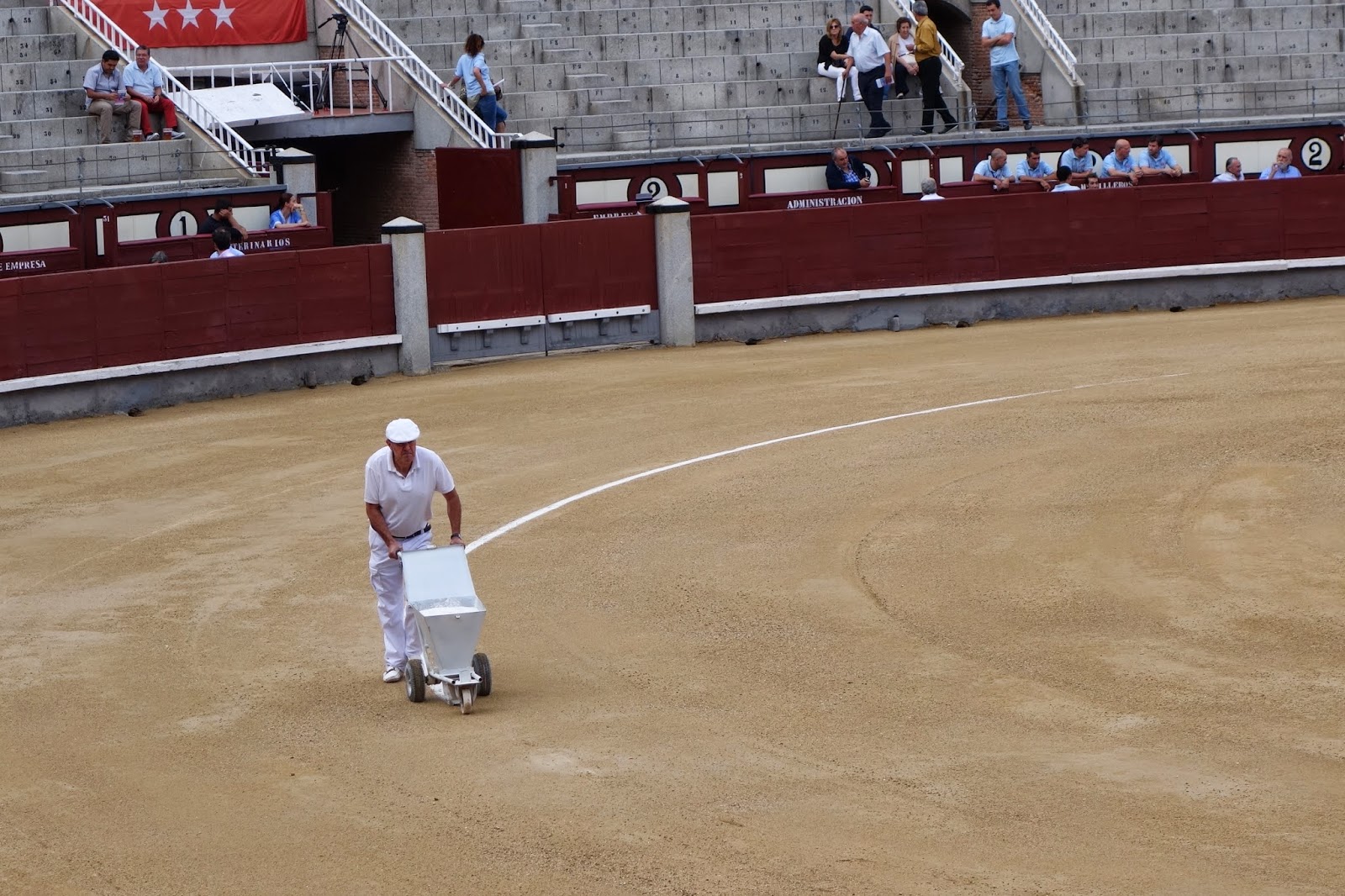 To start with, this guy marks off the bullring 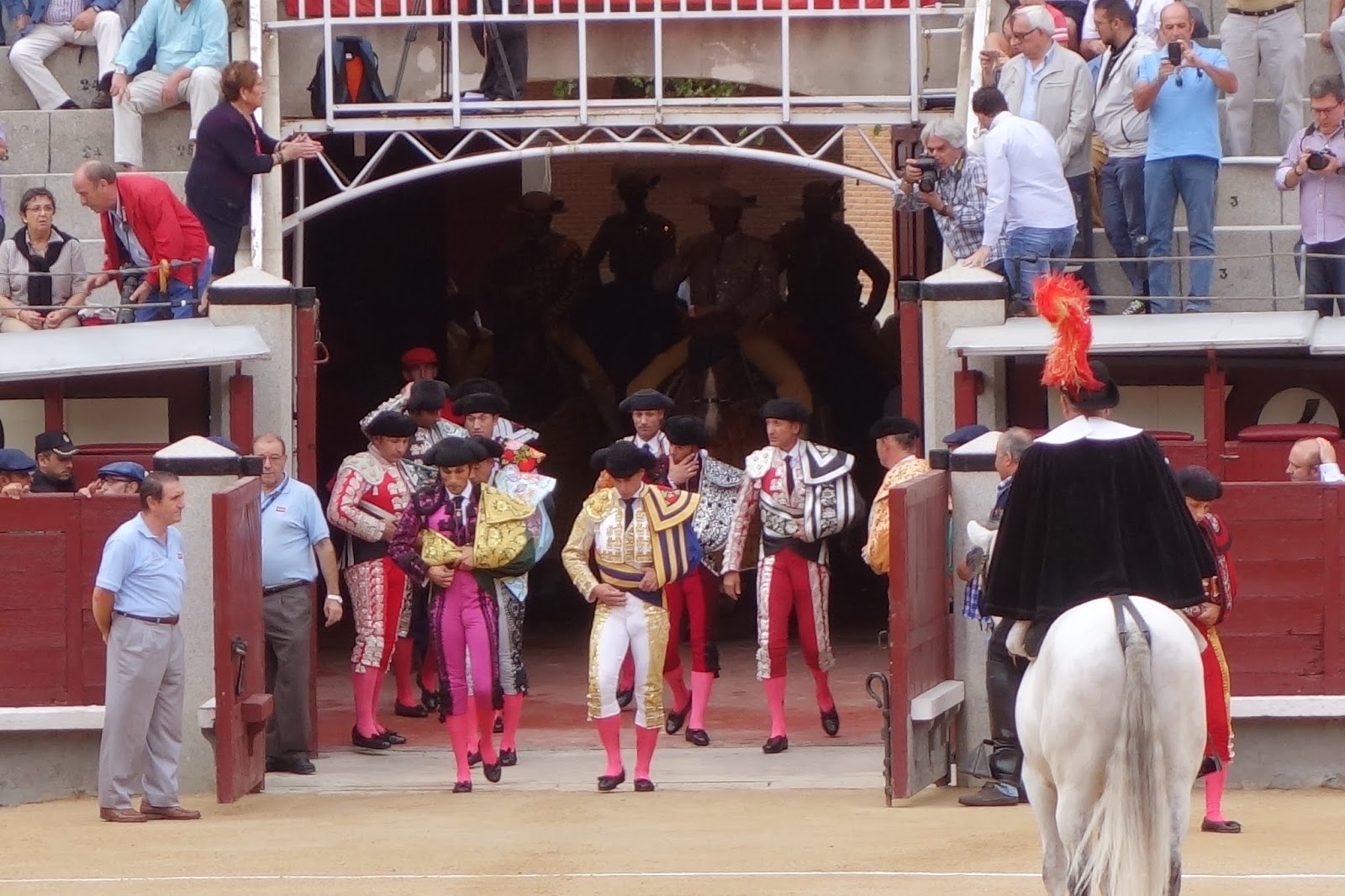 Then the Matadors come strutting in, amidst lots of fanfare and trumpets blaring.  There's some ceremony to all this. 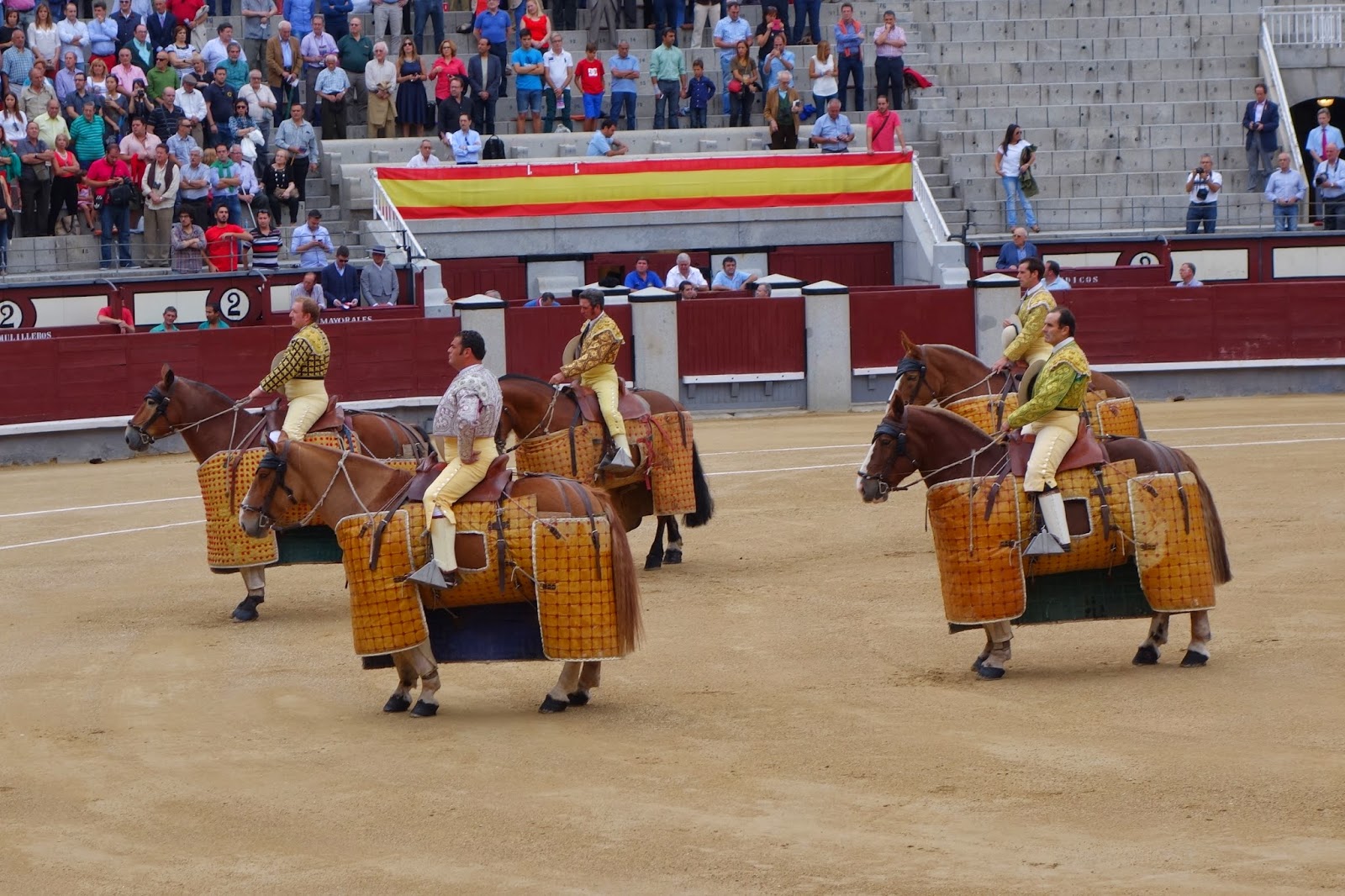 They are followed by the horses and "Picadores".  These are the guys with the lances.  The horses are wearing those thick pads to protect them from being gored by the bull while the Picadores do their job.  Sometimes it works. 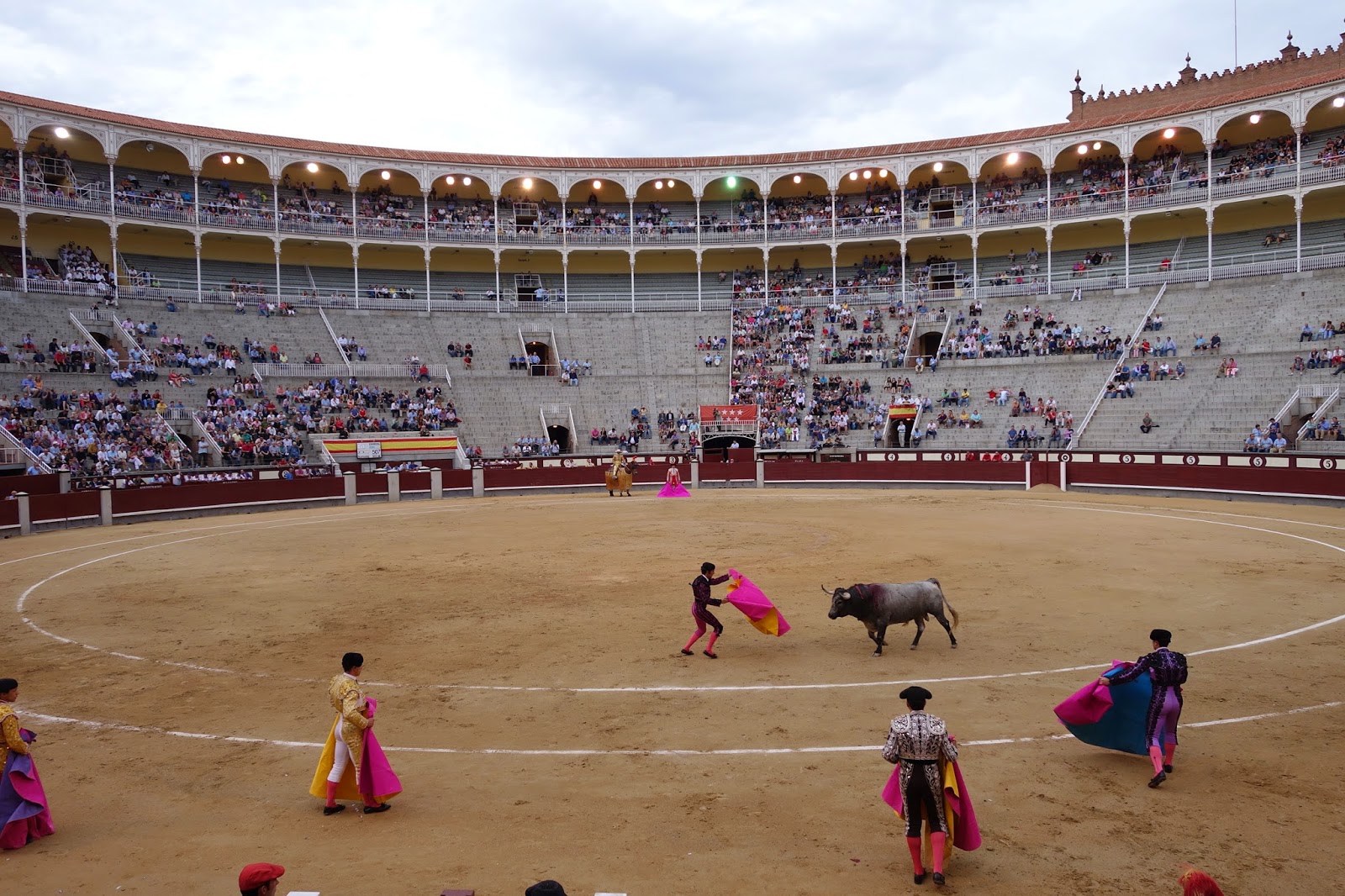 Now it's time to get down to business.  At the beginning, when the bull is fresh and fiesty, there are several "Peones", or assistants, to help wear the bull down a little before the Matador takes him on one-to-one. 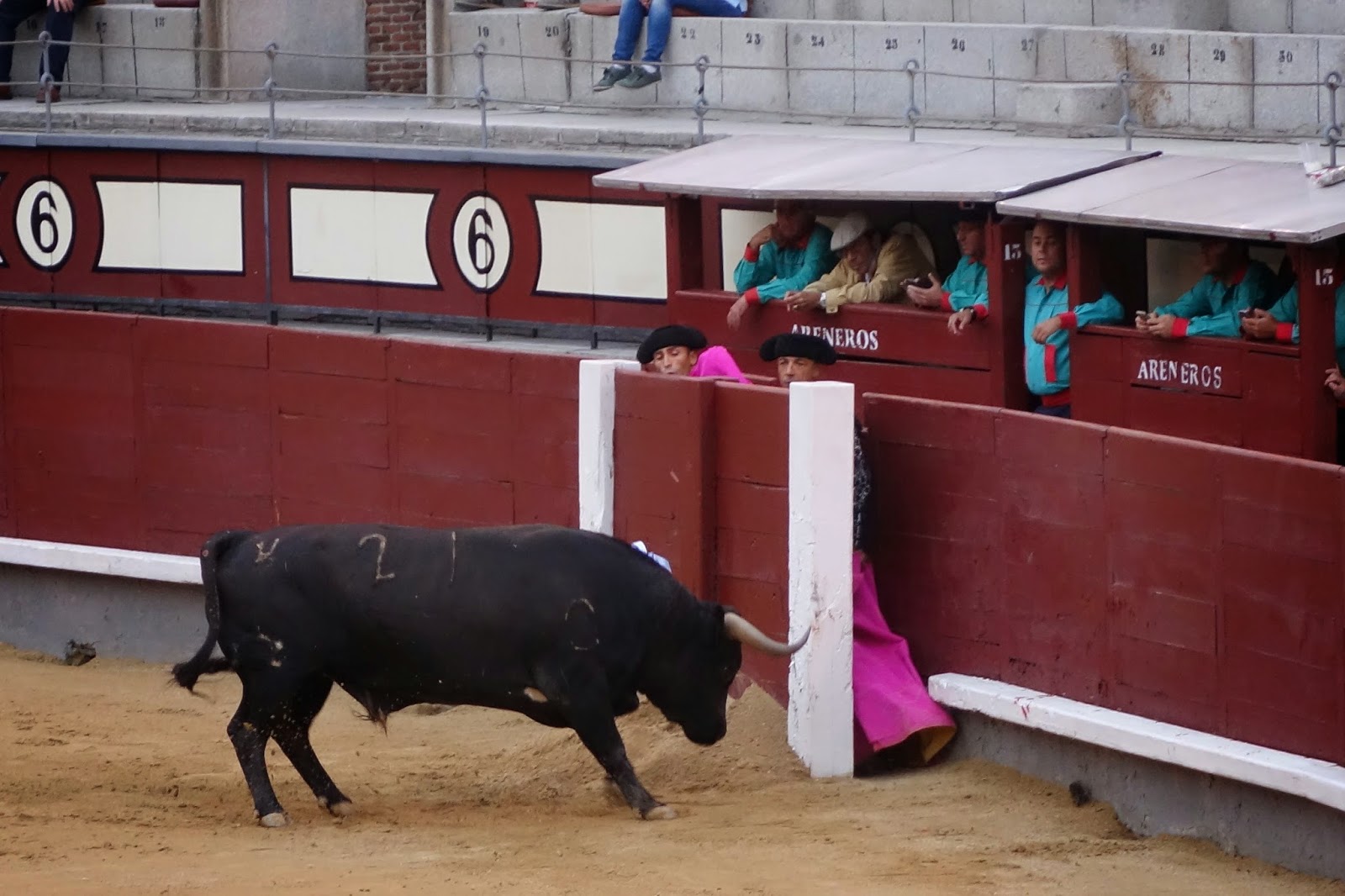 They have these handy little hide-outs in case he gets too close. 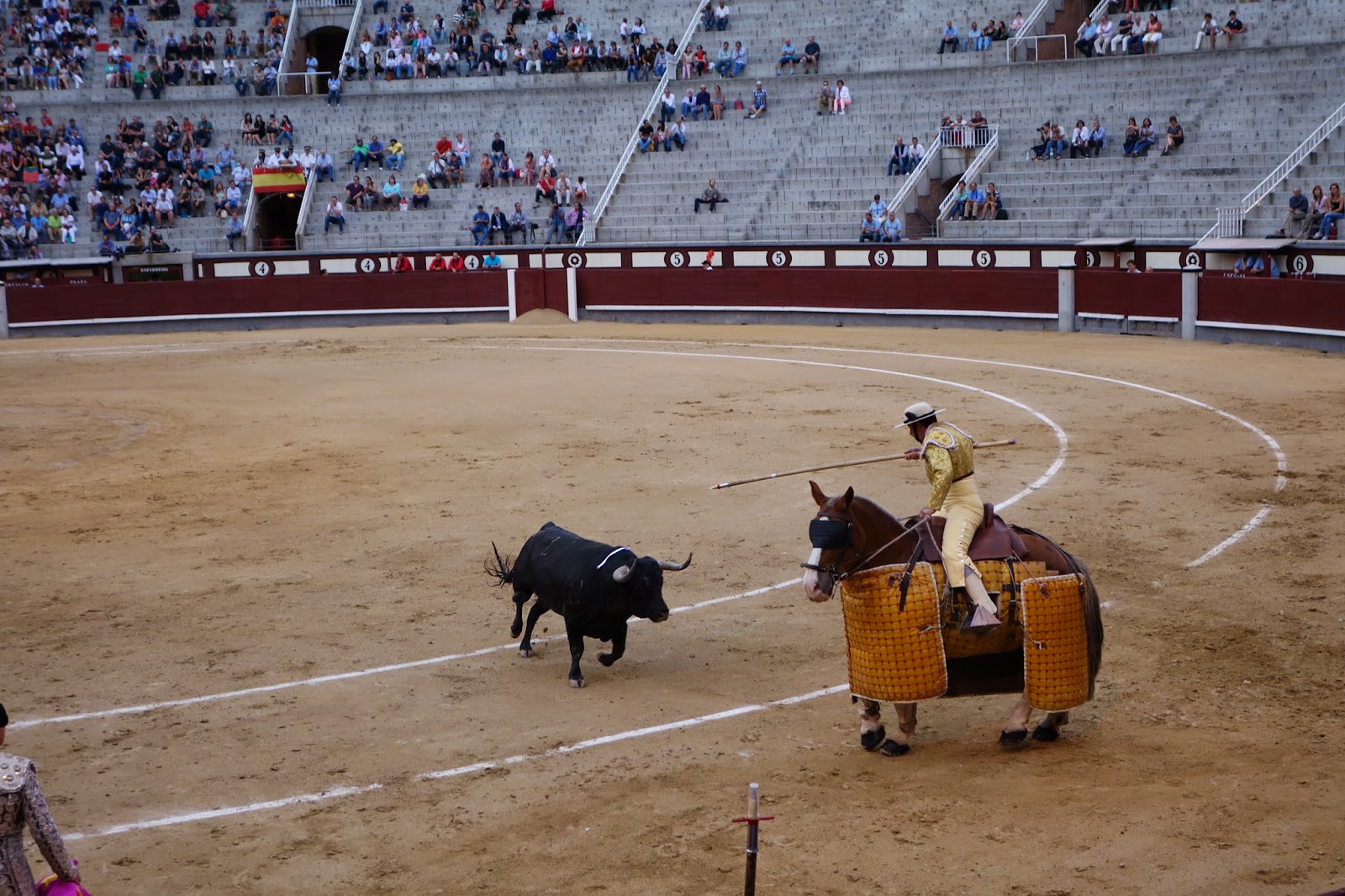 Now it's time to get serious.  Time for the Picadores to do his job. They goad the bull steel pointed lances which will weaken the animal's shoulder muscles.

This charge does not end well for either the bull or the horse, but I'll spare you.  You might notice that the horse is blindfolded.  Mr. C tells me he read that they also clip their vocal cords, so, if indeed the horse is injured, the spectators are spared hearing their cries. 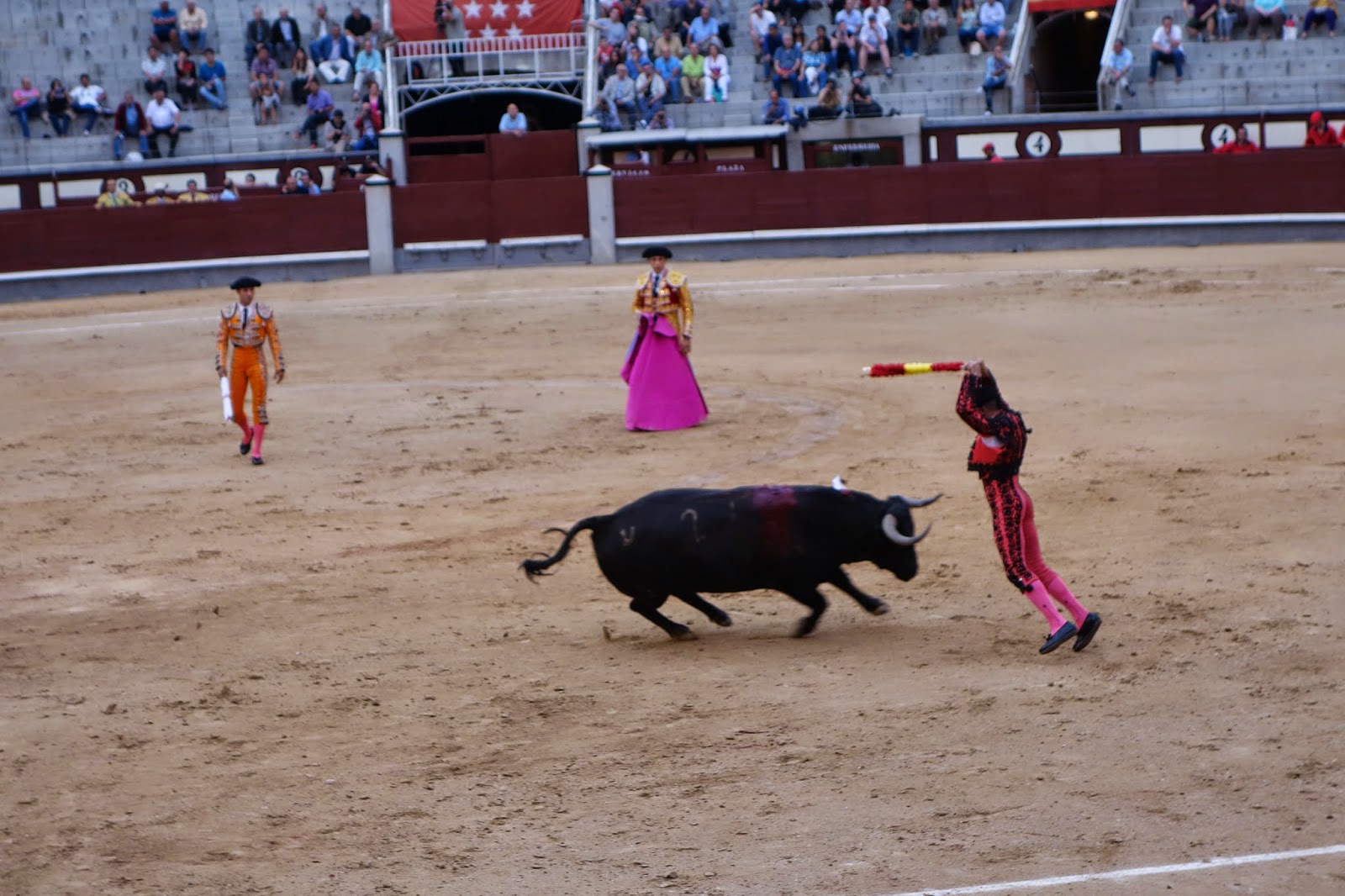 Next it's time for the Banderilleros ~ their job is to "provoke" the wounded bull by sticking pairs of banderillas, barbed darts, in it's already weakened back. 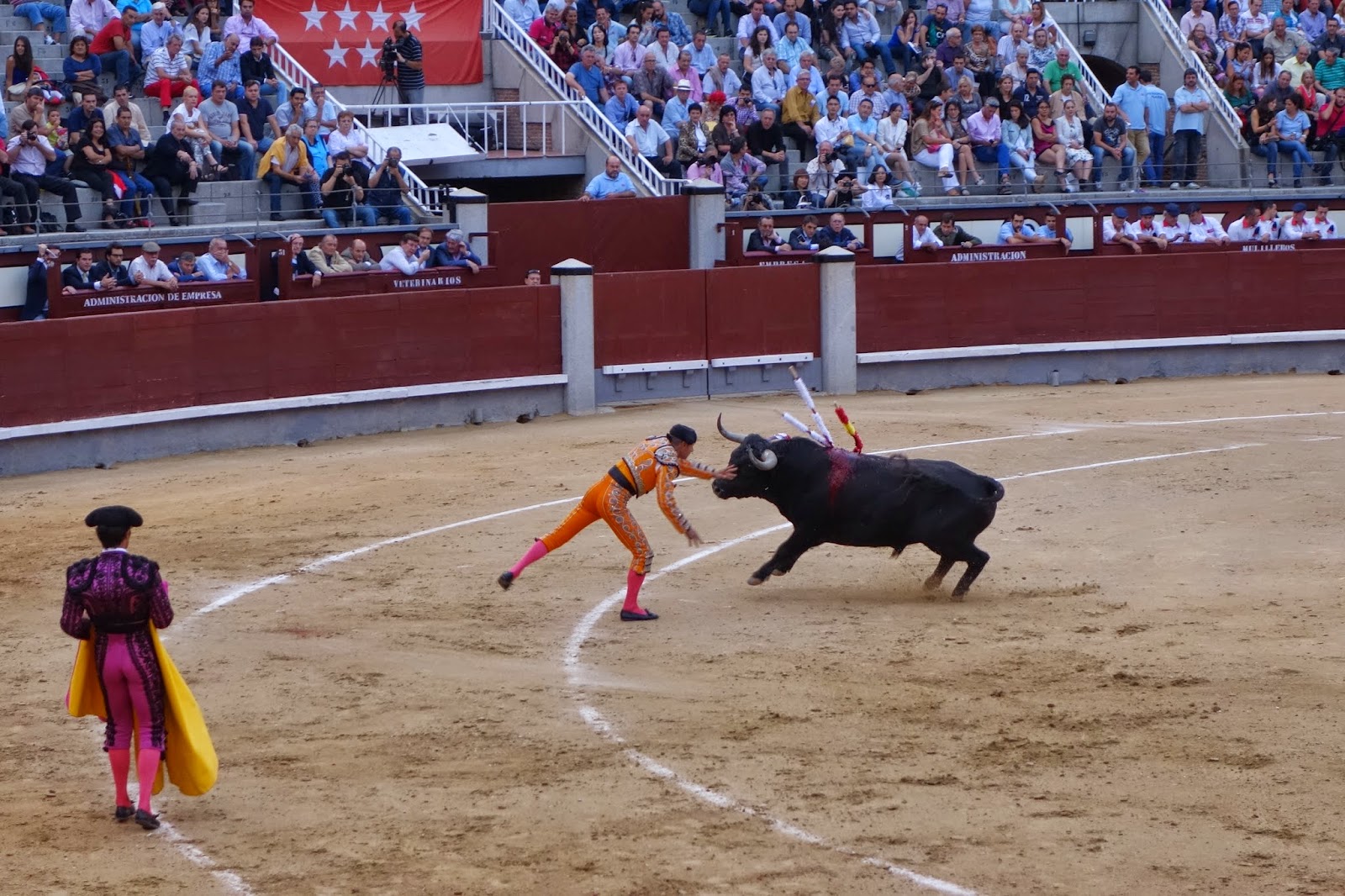 Now it's finally time for the Matador 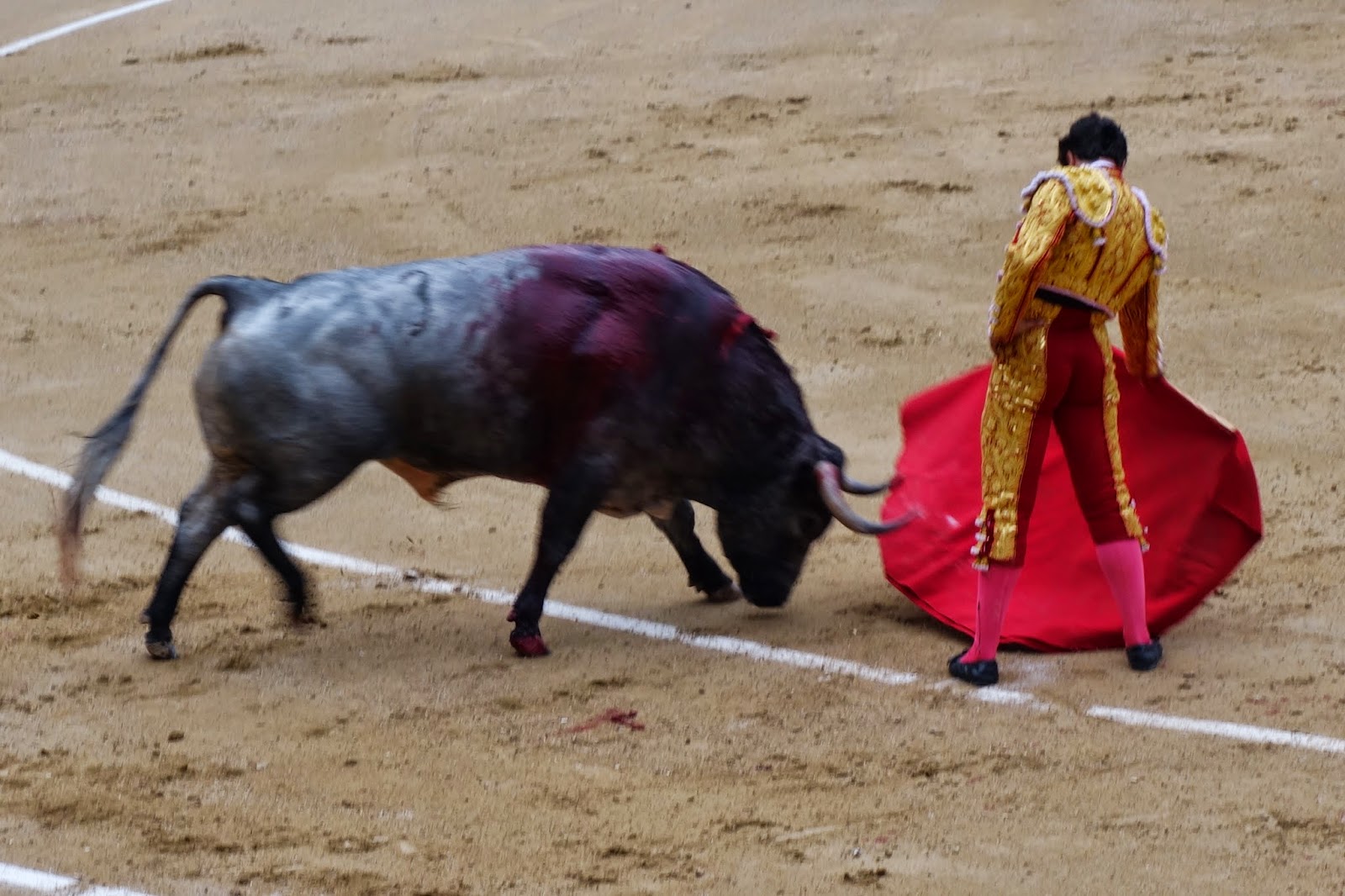 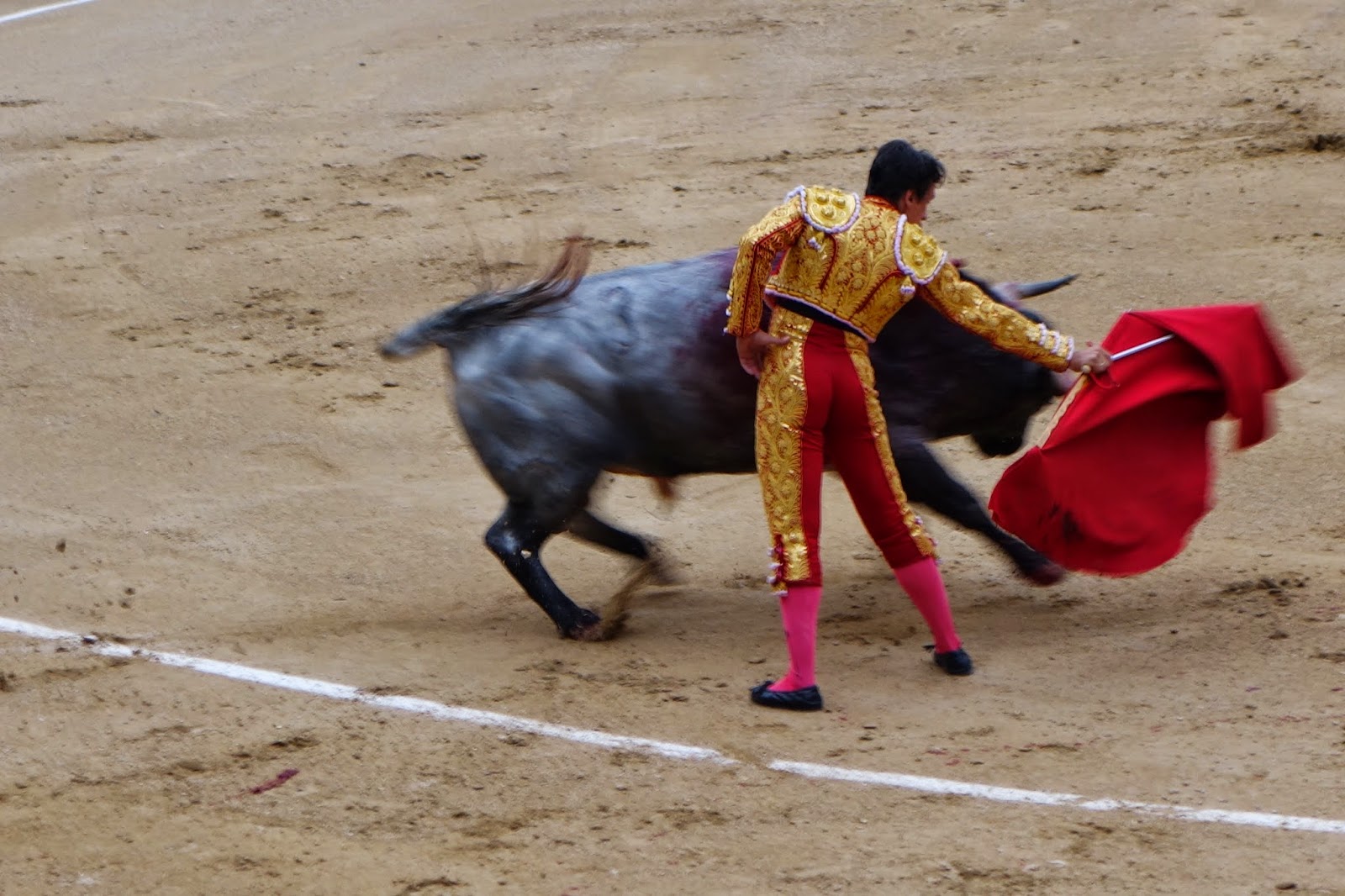 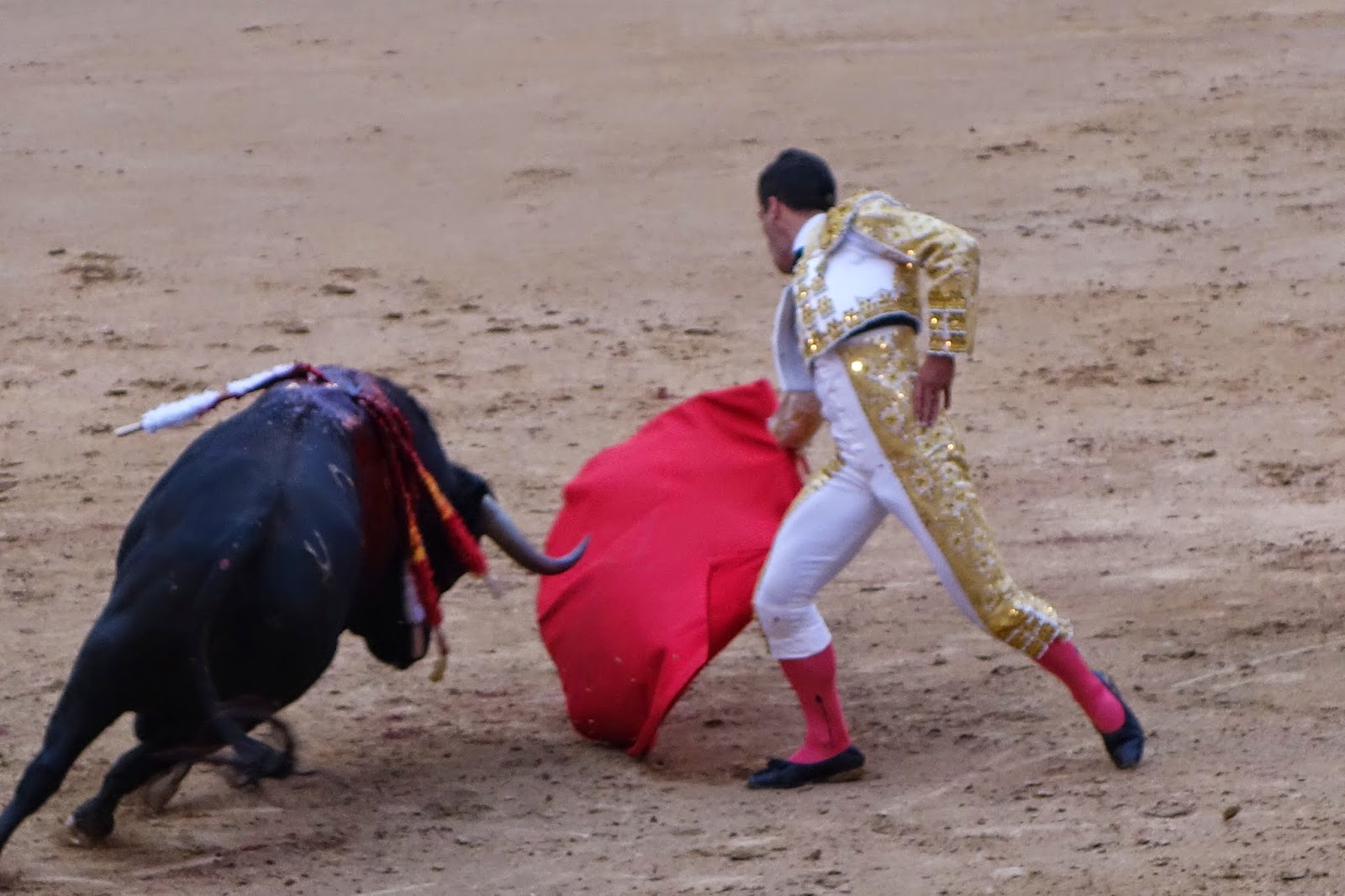 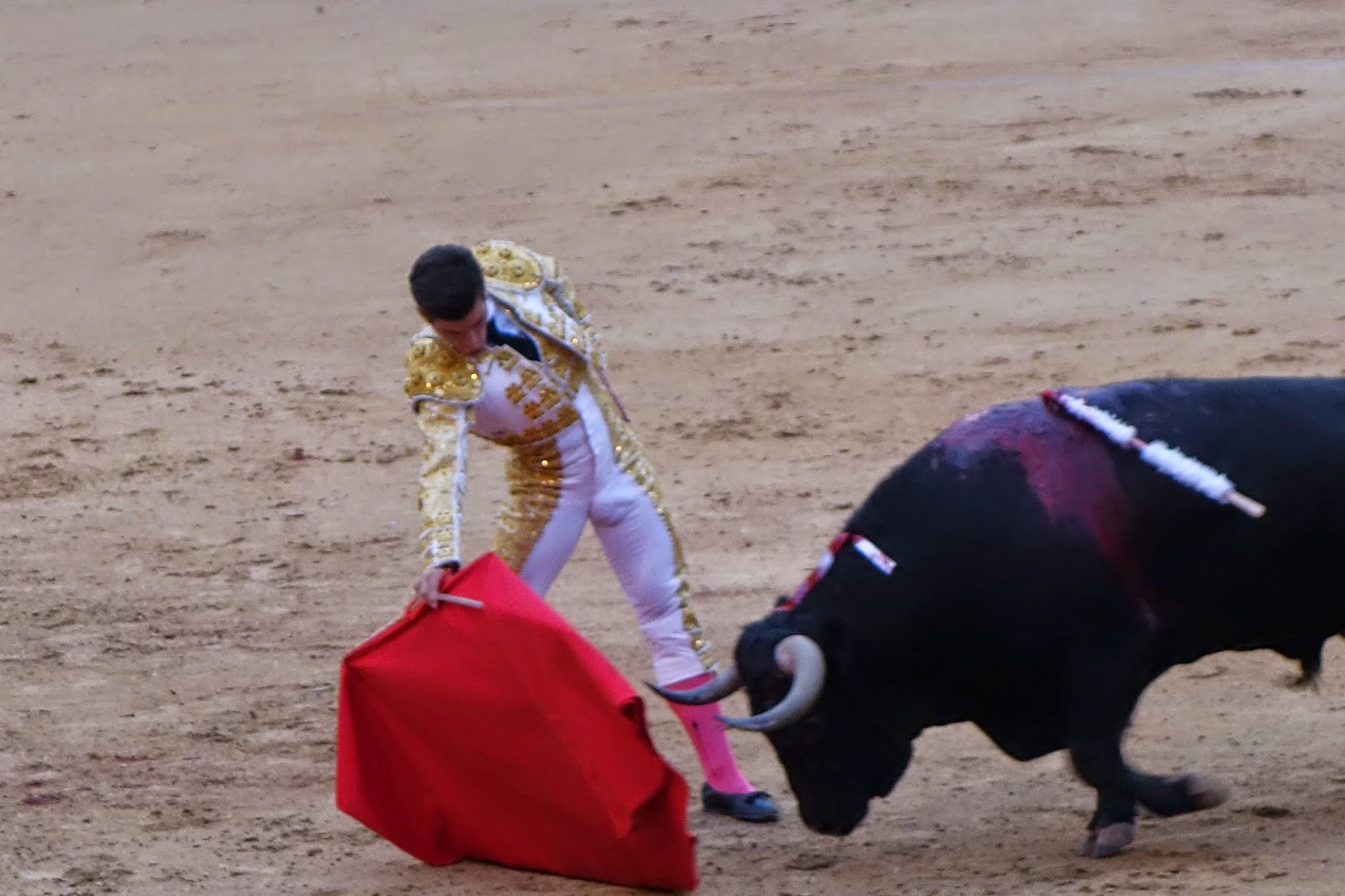 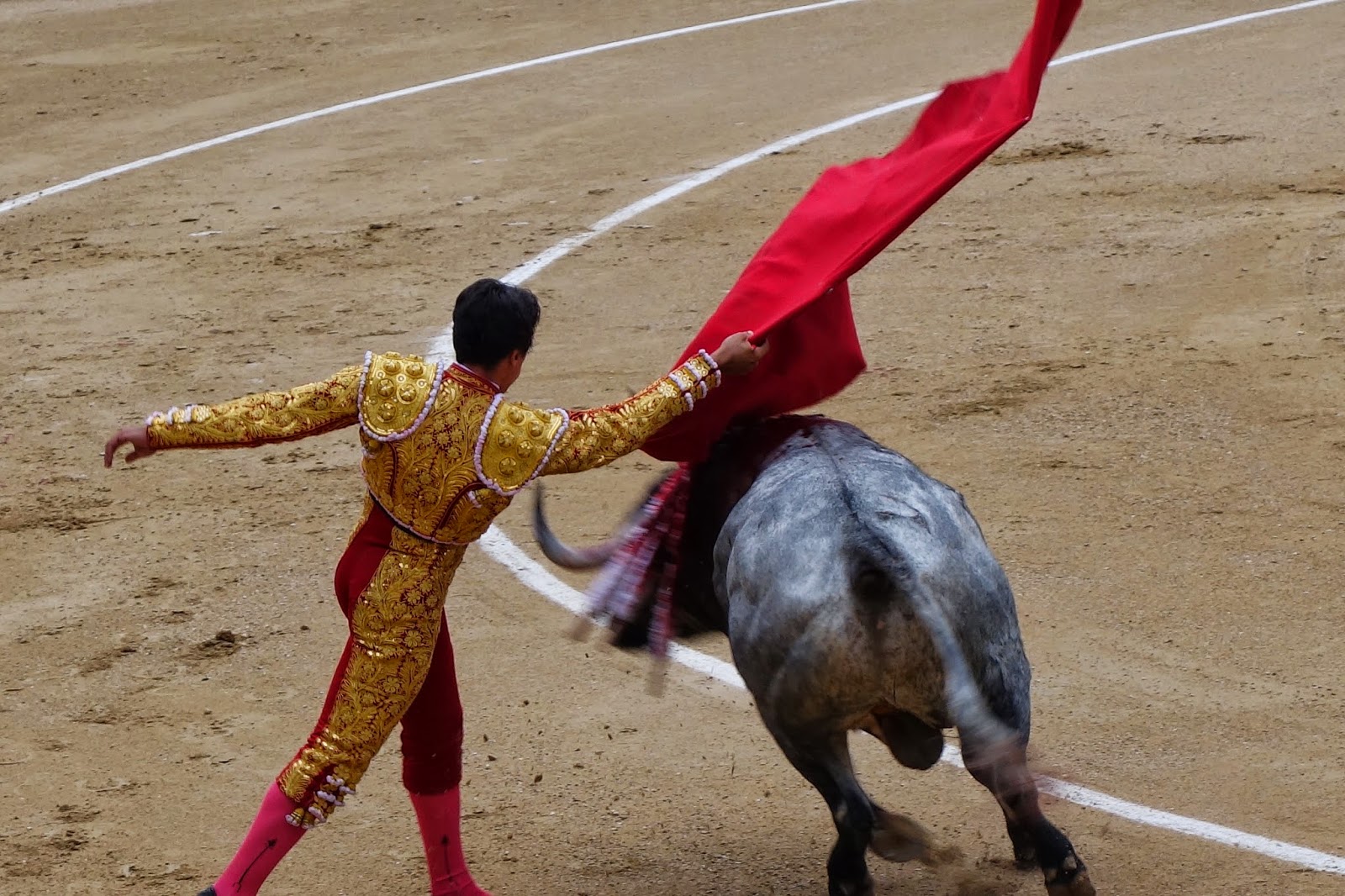 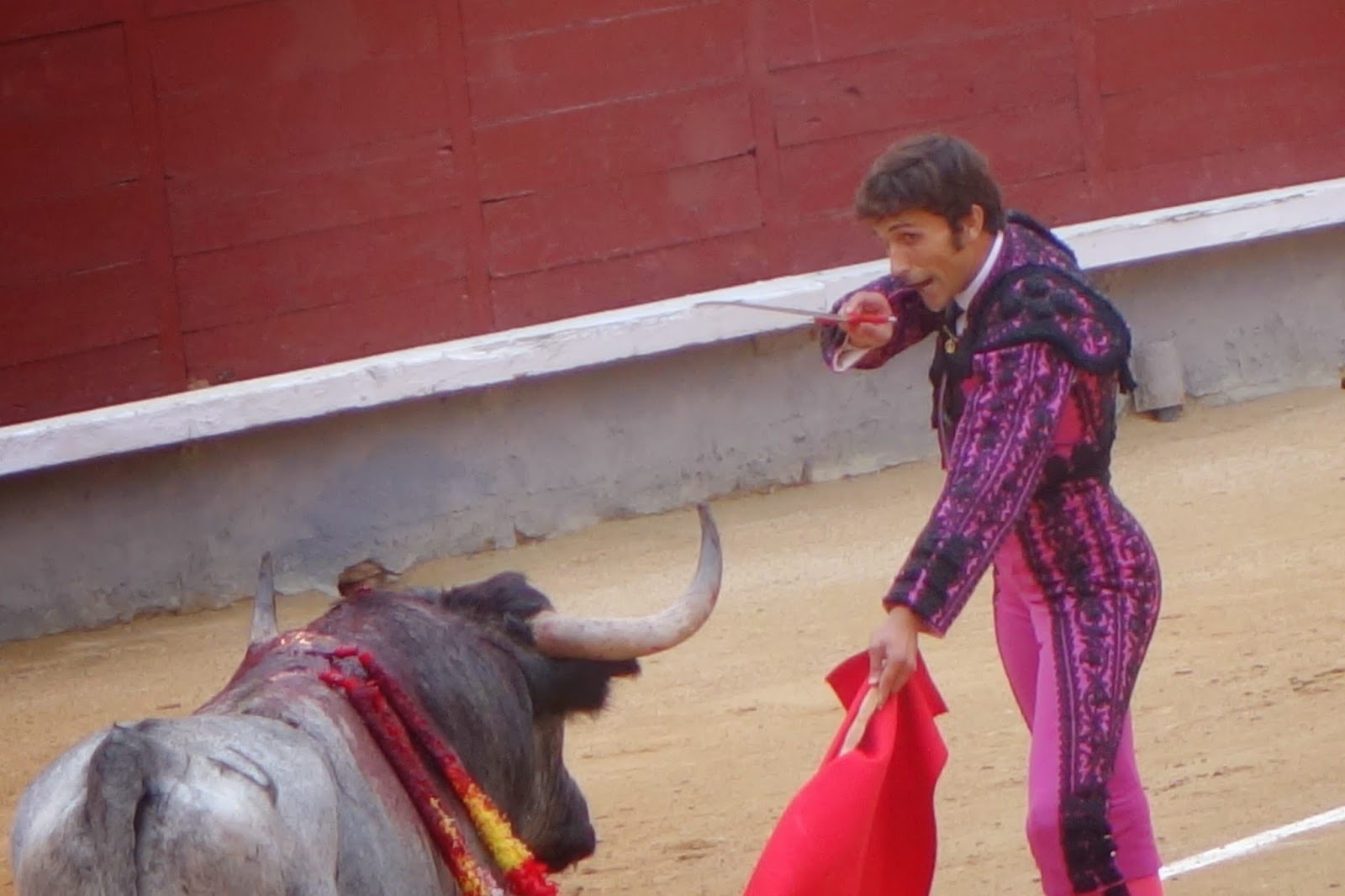 And then the Matador finishes the "fight".


Posted by PassportEnvy.Me at 3:12 AM