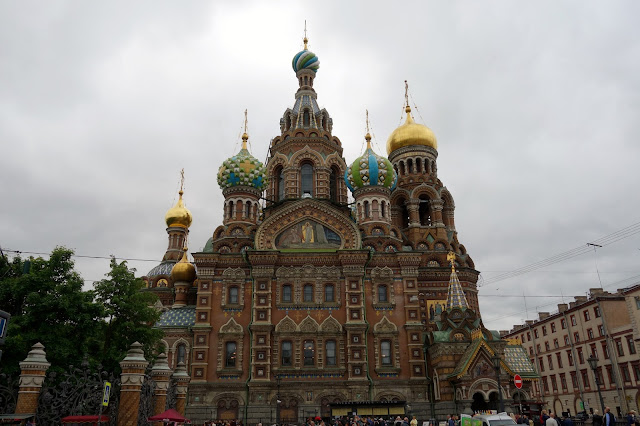 Today we woke up in Russia.  That's amazing to me.

It's the real end-goal destination of this trip.  Even though we have not really bonded with our cruising lifestyle, this is, hands down, the best way to get to St. Petersburg.

We have a tour guide booked here; indeed, it's required, unless you have a private visa (which we do not).  I'm told an independent visa can be difficult to obtain, and takes months to acquire. 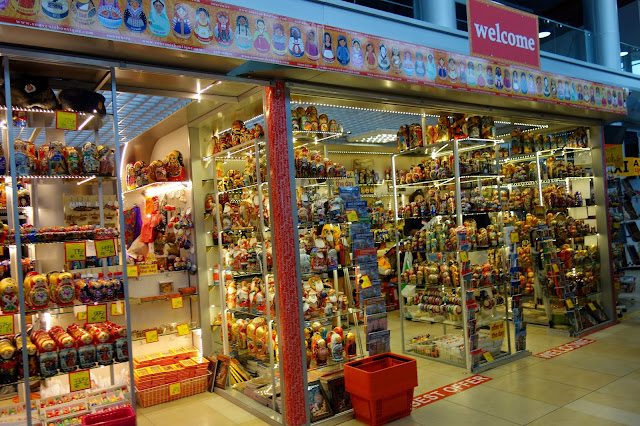 So we are required to show confirmation of our tour booking when we go through customs.  It seems this tour company will act as our temporary "day pass" visa, and we are not to part company from them for this reason.  I'm not even tempted, trust me. The idea of being on our own in Russia without proper papers and without knowledge of the language is not that appealing. 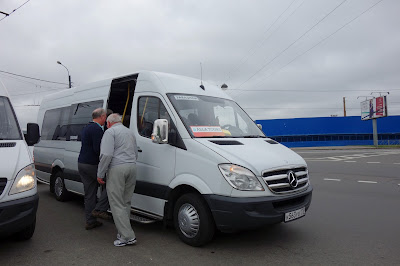 The groups are small, just 14 of us in our group.  However, we timed it badly, and ended up in the very back of the bus.  Photos through the windows are bad enough, but now I do not have windows.   Still.  We're in St. Petersburg, and I could not be more excited. 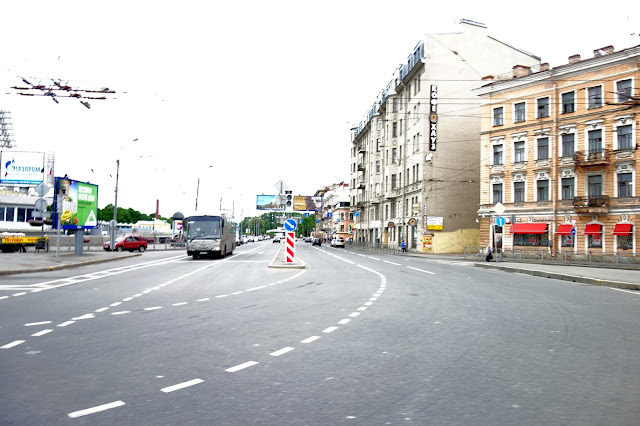 The city itself is a bit drab, very functional, not much fluff.

It's a young city, not much older than the US, formed by need of access to the sea, declared the new capital of Russia by the founder, Peter the Great, and set upon the soil that he fought and earned through persistent warring.

Imagine the flurry -- an entire government seat is uprooted from Moscow and transplanted to a new, self-declared Capital.  How brilliant, really; the resulting flood of building Government buildings and the ensuing mansions for the Statehood's ruling families, and schools for their children and roads to get from their homes to the State Buildings to the Schools and back again.  And all the other needed infrastructures.

It's the Big Bang version of populating a city, thus creating a stronghold on the Baltic Sea -- which is still effectively the case today. 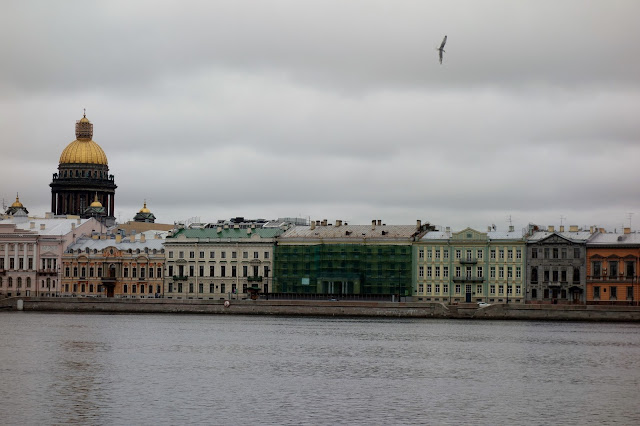 Our first stop is the River Neva, just across from what was the Winter Palace back in the day; now converted to the
famed Hermitage museum.

I'm mesmerized.  After reading "Catherine the Great", I'm completely mesmerized to see the Winter Palace that she talks about.

She  was not Russian, by birth. She was a "minor" Prussian
princess, and was "selected" to be the wife of Peter III who was......let's just say he was a child when she wed. She talks in her memoirs of their wedding night, while she, nervous and inexperienced, found that he just wanted to play with his toy soldiers in bed.  For the next many months and years to follow.

She captured the hearts of the Russian people though, when she became ill with what sounds like modern day pneumonia. Which was the result of her walking those cold, stone castle floors, night after night, books in hand, bare of foot, struggling to teach herself the Russian language.

Once she came back from death's door, she was totally accepted, even revered, as she had won the hearts of the Russian people through this story -- which they interpreted to be her total dedication to them and her new country. At least, so goes the legend. 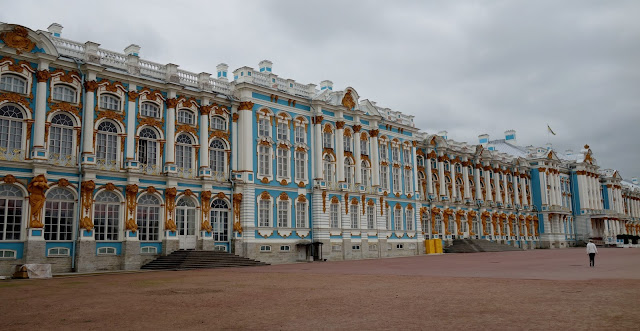 And today we get to see her mansion, the palace where she lived and thrived; those floors that she strode, night after lonely night, separated from her family and loved ones; so determined to be fully immersed in her new, totally foreign, country and destiny.

I so adored it. All of it.  Everything I'd read, now coming to life.  I absolutely recommend reading Robert Masie's books (he has several) before taking this trip.  History will literally jump into your lap, when what you've read comes to life in front of  you.  And that's an amazing experience.