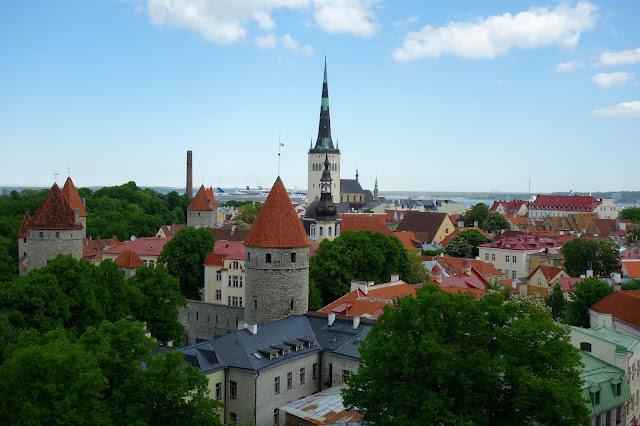 I'd never heard of Tallinn, Estonia before this trip.  I could not have told you where Estonia was on a map.  But that's the joy of travel, yes?  Sometimes you end up somewhere new and exciting. 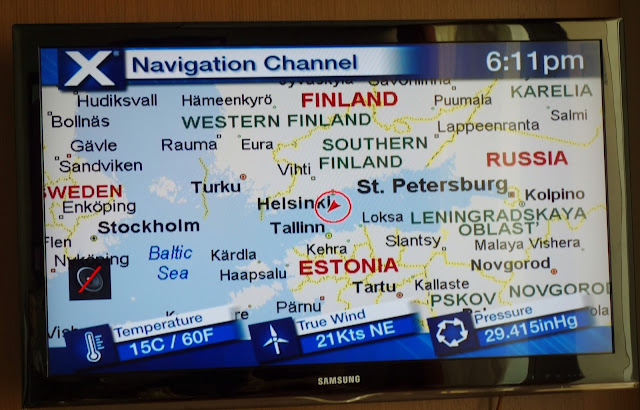 Estonia is strategically placed in the Baltic Sea to make it important to sea trade and, particularly, to Russia's sea trade.   We're en route to St. Petersburg on this Baltic Cruise, so Tallinn is a natural stopover.  At least the cruiselines think so. 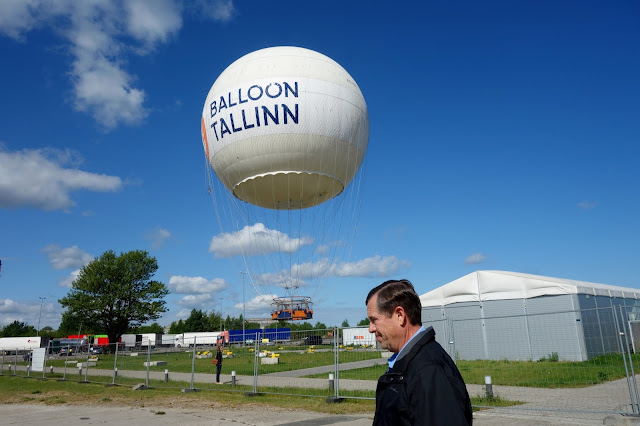 We are taking a tour here -- primarily because we need to take one in Russia (it's required -- if you don't have a Russian visa, then you must be accompanied by someone who does); and we got a discount by using the same tour company in multiple locations.

Also, something to think about:  Sometimes these cruise ships come into port, but are still miles from town -- as in, too far to walk.  Then the options are 1) Expensive taxi; 2) Expensive shuttle; or 3)  A tour group that will pick you up and return you to the dock, all included in your tour package.

We normally like to explore on our own, but there are definitely advantages both ways.


Tallin is listed as a UNESCO site, and they are proud of earning that distinction.  It's a city of 450,000; but they represent 1/3 of the entire countries population.    Something they are also proud of. 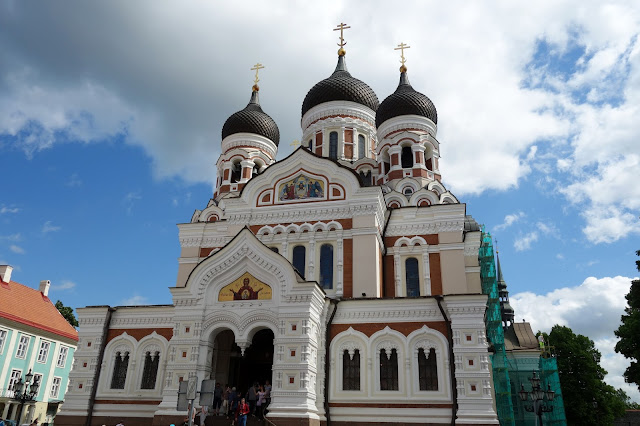 We learn that the country is primarily Lutheran, but we stop at this gorgeous Russian Orthodox Church.  Tallinn has a confusing history, being dominated by several other countries at various times, including Denmark, Germany, and Russia (and there might be more, I couldn't write that fast).  Hence the Russian Orthodox Church.  We've been enthralled by many a church and cathedral in our travels; but this is my first visit to an Orthodox Church.  And it's very different.  No photo's allowed inside, unfortunately. Some were cheating on this, but I usually try to follow the rules.  I said usually. 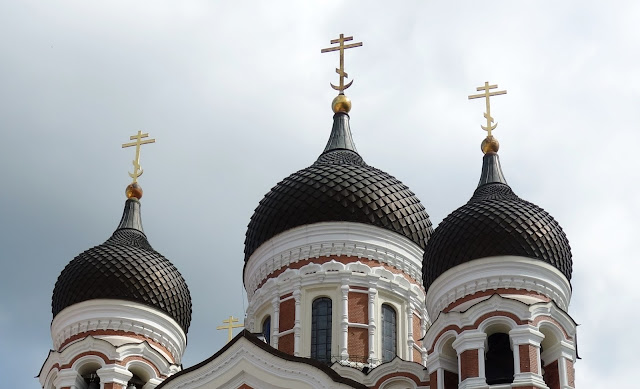 We learned that the cross on an Orthodox Church is different, for one thing.  It has 6 points instead of 4, if you'll notice.  And the anchor on the bottom (it's not a half-moon) also sets it apart.

And the bells, they believe, are a healing sound.  Not the same as those churches that play a recorded version.  I like the sound of that.  Pun intended. 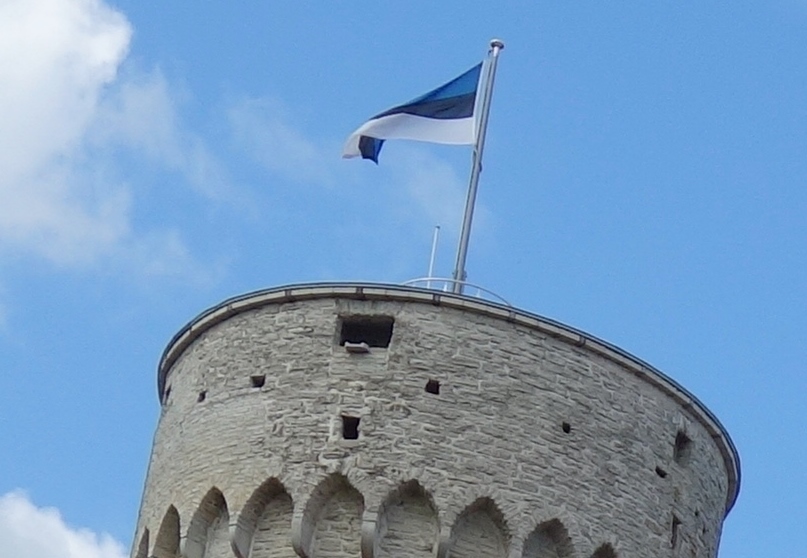 We see the National flag of blue, black, and white, and we learn that the blue symbolizes the sea; the black symbolizes both salt (which was a highly prized commodity) and tragedy (the wars by which they bought their freedom); and the white symbolizes hope.  The hope of a future filled with trade from the sea, salt for the table, and the freedom that was so dearly purchased.  I like this, too. 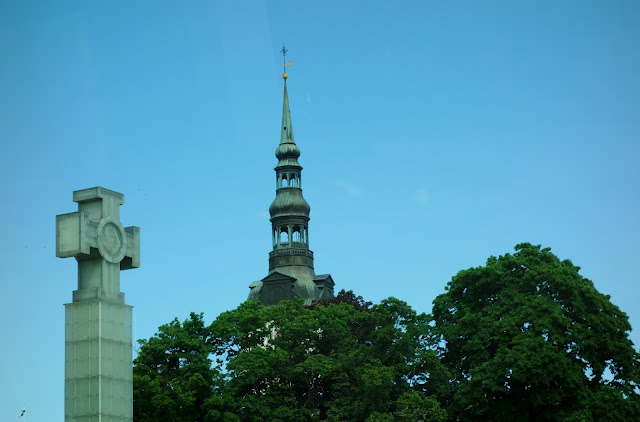 Their tallest building is the spire of St. Olaf (Oliver in English); and no other "skyscraper" is allowed to supersede it in height.  Probably helpful in obtaining the UNESCO status, as their old town remains visible and distinctive, not getting swallowed up by "progress".

Under Soviet rule, everyone's salary was the same.  I know, this still just weirds me out as an American.  Doesn't matter how hard you work, you still get the same as the guy next to you who might be a total sloth.  100 Rubels she tells us. Whether you're a doctor or a street sweeper. 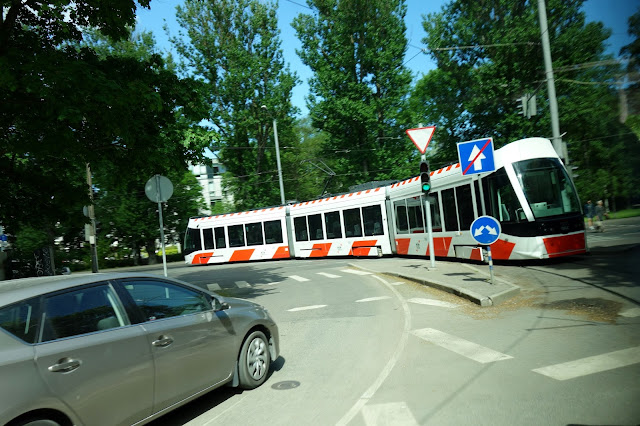 Their public trams are only two year's old, and are free transportation to their citizens.   If on our own, this is ordinarily something that we would try out, both for the convenience of transport and for the experience of "getting about" as a dweller of that city. 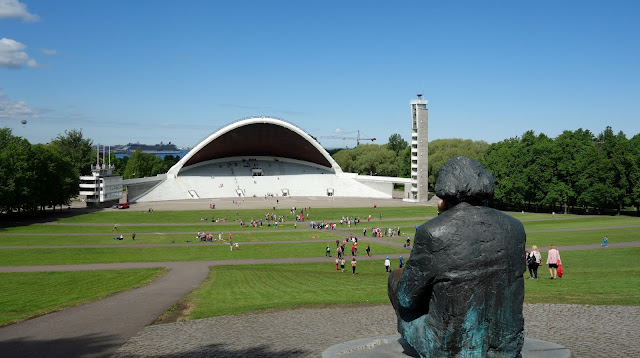 We stop at this park, which is known for it's live music concert, held here once every five years.  It's a huge stage, and the acoustics are amazing.  No microphones are used. 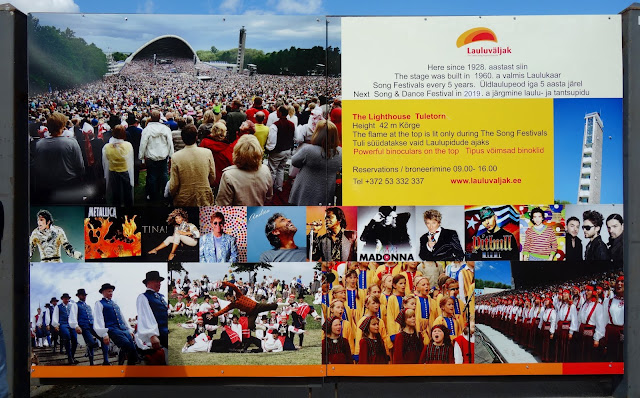 It will hold as many as 35,000 singers (at one time!), giving a huge choir performance; as well as individual group performances in traditional costumes singing historical songs that are core to their nationality. (this is weak!)

Traffic is closed throughout the city while these performers march their way through the streets to the park. 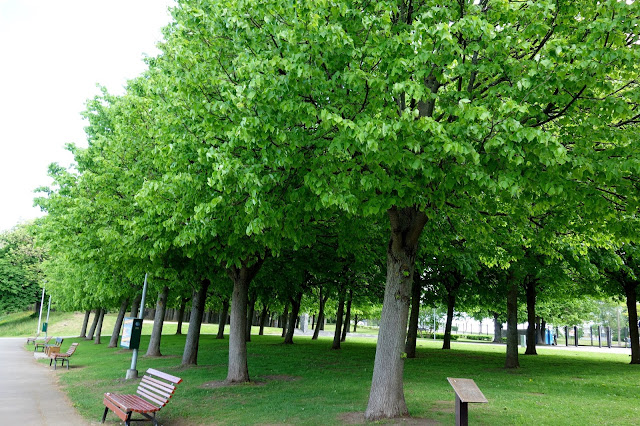 I love this --100 oak trees planted here on the one-hundredth anniversary of something (I don't remember).
It's a lovely thought, though, and is a living, growing memorial that I found quite dramatic.  At least in the springtime when it's all green. 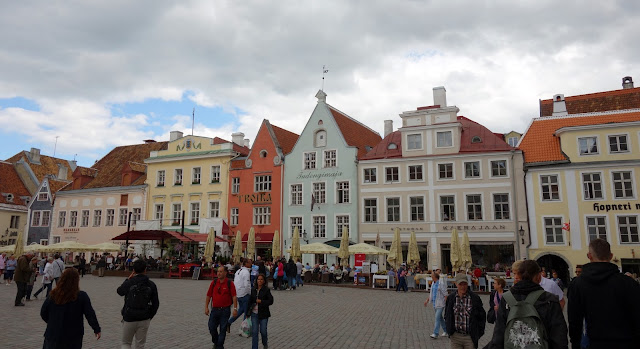 Now we head to Old Town ~ always my favorite, no matter what the city.  I've discovered that I really like ancient stuff, I like how it feels.  It feels so.....I don't know, ancient I guess.  We don't have ancient in America, you know.  We're such a baby country compared to the rest of the world. 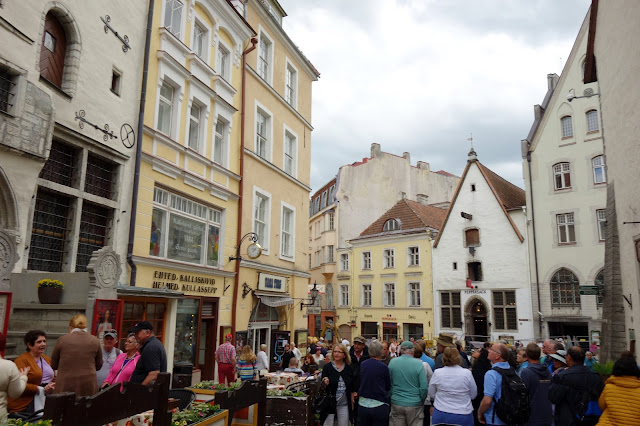 Here's where both our cruise and our tour bite us in the butt.  We're not the only cruise ship in port.  There are not two, not three, but four -- count them -- four gigantic cruise ships in port for this little tiny town.  (Just as a point of perspective, our Celebrity ship has 2700 (+) guests, plus 1200 (+) crew).  Times four.  Yikes.  We have swallowed this poor little town alive. 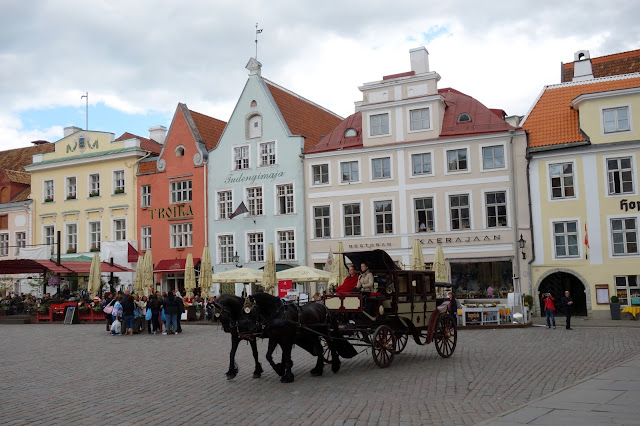 And our tour guide, though fairly good, has stopped to tell us about the age and architecture of every single building, which has left us almost no time to actually enjoy the town square.  Once we arrive, she gives us 20 minutes of "free time".  I feel like I'm in kindergarten.  She took much of that time to explain each of the (many many) restaurants surrounding the square, which left us no time to actually sit down and enjoy a lunch of traditional Estonian food.  Whatever that is.  I will probably never know, now.

So, while we probably would have loved this little town had we been on our own, we did not so much love having to shove our way elbow-to-elbow with some 4 or 5 thousand other cruisers.  Yuck.


A little more scenery as we are "escorted" back to the bus.  Missing the castle, except for just a pass-through. 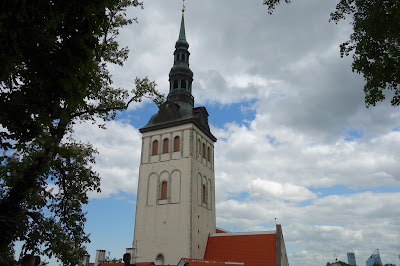 Missing the church I really wanted to explore.  (It was just a walk-by).


I'm not the best tour group material, me thinks.


Posted by PassportEnvy.Me at 8:23 PM