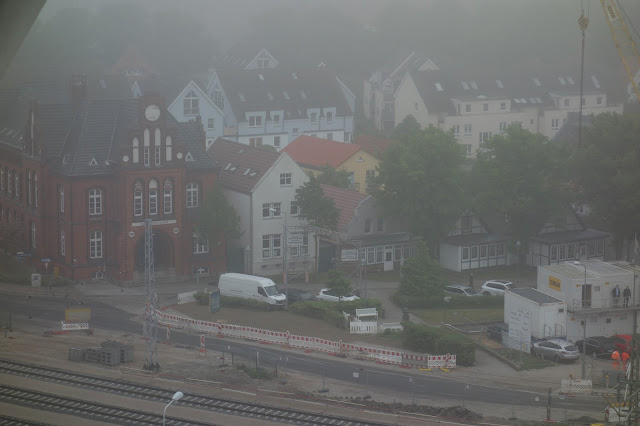 There's all the beni's.

Visiting 6 countries and only unpacking once.

I got sick on Day 3.  The Norovirus is sweeping the ship.  I isolated myself, stayed in bed, drank fluids, did not leave my stateroom the entire day except to see the nurse.

The end result of that exercise is that, after giving me an over-the-counter medication (Imodium, which I normally carry myself when I travel) ~~ I have been "quanantined" for 24 hours.  Even though she tells me it's a 24 hour bug, and my 24 hours is nearly up already.

Which ultimately means that, after spending my "sea day" in my room, and close to my bathroom ('cause I was, how shall I say this delicately? I was "purging"), I will now spend my "Germany day" --- in my friggin' room.

The irony is, I am no longer sick.  It's a 24 hour bug (according to the medics), and I've already "quarantined" myself for 24 hours.

But they need to dot their i's and cross their t's.  So.  I sit. In my room.  Alone.  And I miss an entire country.  Because of something I caught on their boat, and because "they have their rules".

I've come a long long way from Saint George, Utah, USA to miss Germany.  It's a country, you know.

I pace the room until I'm dizzy.  I periodically throw open the glass doors to the balcony, but that's worse ~~ 'cause I can see it.  Right there.  It's Germany.  But I can't touch it. I can't even set foot on it.  I tried.  I tried to slip off the boat this morning with Steve for our scheduled tour, but.....they actually had my card flagged.  "Disembarkment Not Allowed!"

It's a very long day, during which I alternately cry and cuss (just a little bit).  I didn't bring a book, 'cause I knew we'd be too busy seeing the sights. There's a nice library on board, but I think that if I go down to check out a book, I'll probably have to use my sea card, and I may set off the alarms.  Who knows?!?

I try some online stuff, but the internet is super glitch-y, so I keep getting booted off.

I try to watch a movie, but again, it keeps freezing up every time the signal goes bad.

I order some lunch.  They alter this to meet the "restricted diet" that I'm supposed to be on while I'm sick. But I was sick yesterday and could not eat.  Today I'm well, and I want to eat.

So I sit.  Did I mention that I was perfectly well by now???

Yesterday, oh, yesterday I was sick enough to not even care.

So..........here's my travel tip for the day for you.  If you get sick on a cruise ship, stay in your cabin (don't pass it around), and self-medicate.  Do not go to the medic station unless you are certain you are sick enough to get locked in your room. Because they will do it.


Posted by PassportEnvy.Me at 2:11 PM