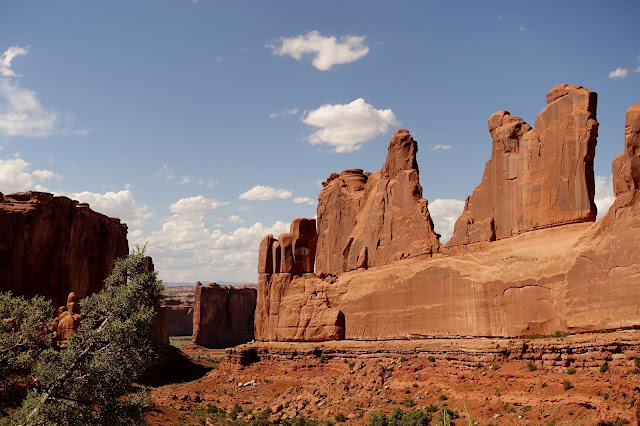 Arches National Park is our second stop for this
Surprise Birthday Road Trip, and it's really a surprise.


But there's also a whole lot of interesting rock formations that aren't arch-shaped, like these vertical slabs on Park Avenue.  They remind me of domino's.  Big, red sandstone domino's that some kid lined up ready to topple the whole line with just a flick of the finger. 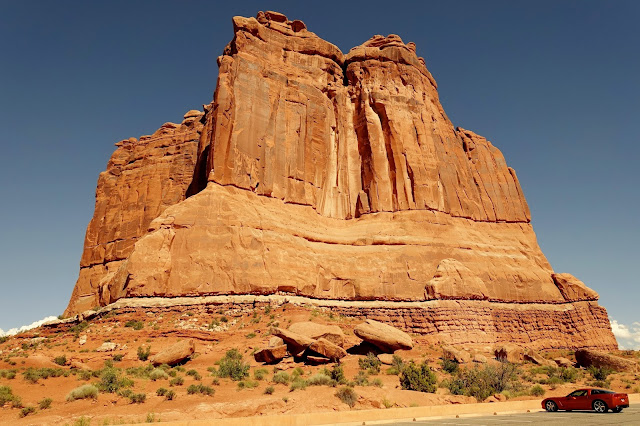 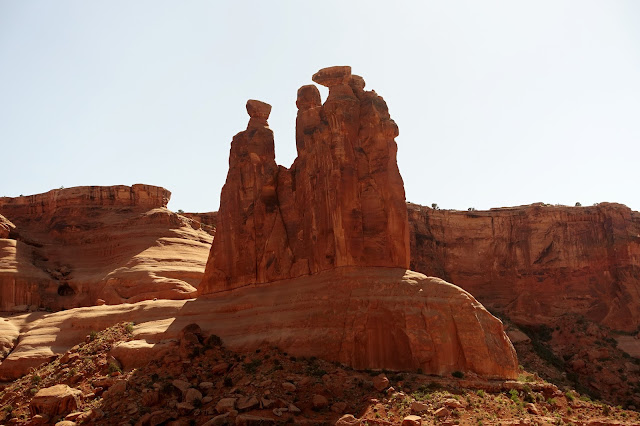 And The Three Gossips ~ looks like four to me.


So I also wonder who gets to name them. 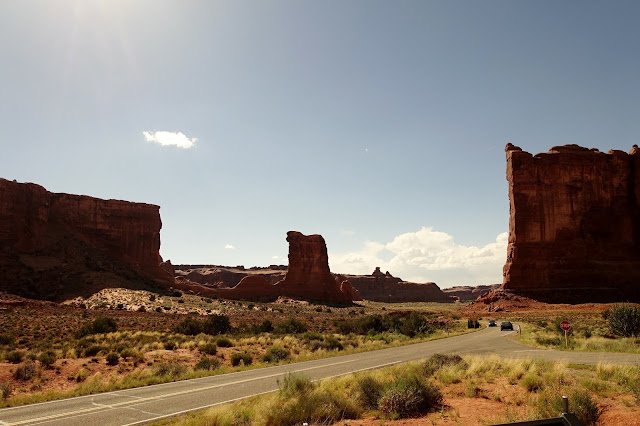 They think there used to be an arch here ~ 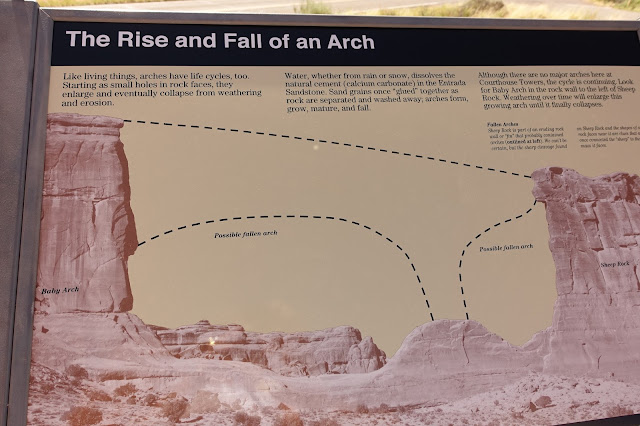 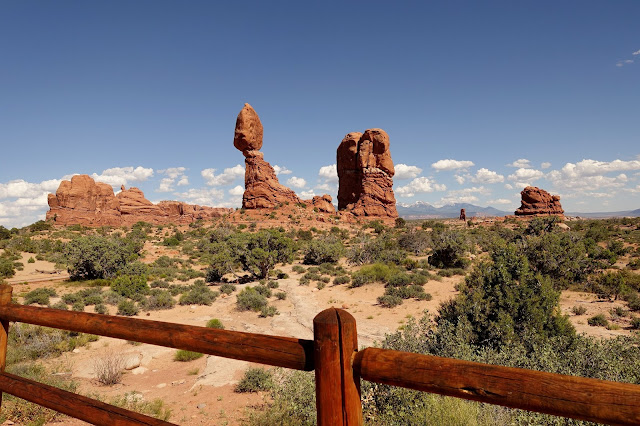 Some of them state the obvious ~ like "Balanced Rock" 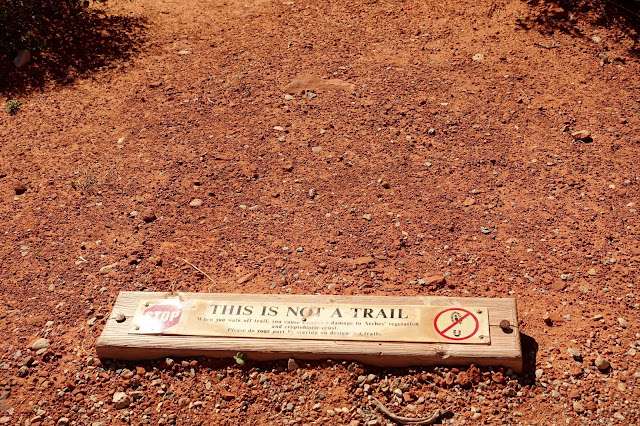 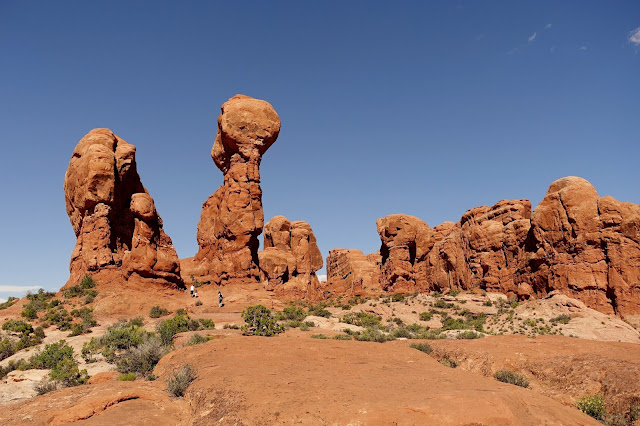 And some I'm not sure about, like "The Garden Of Eden" 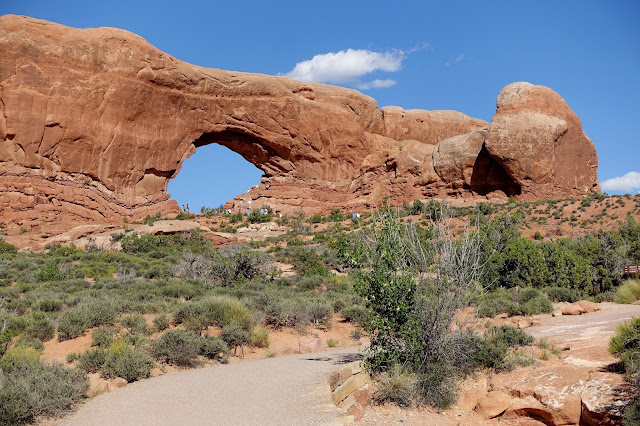 We feel compelled, though, to hike a bit to see The Windows
Even though the temperature is climbing into the high ninety's by now....... 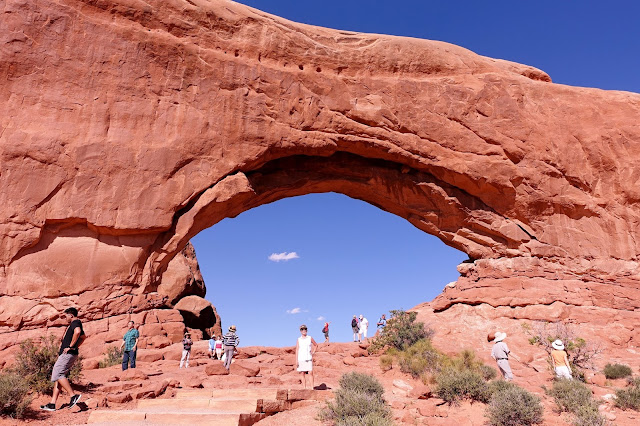 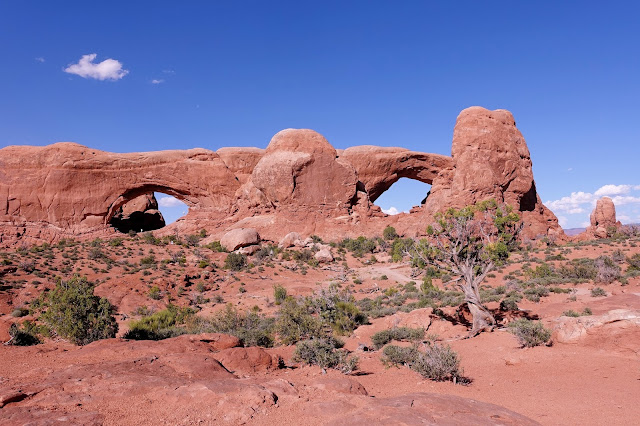 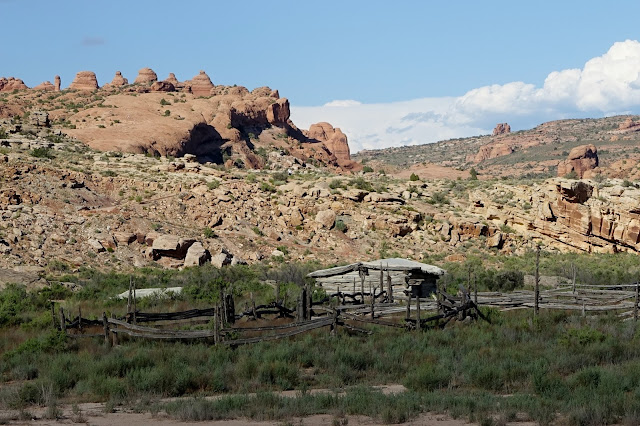 There's remnants of an old homestead here in the park,
a weathered cabin, root cellar and corral ~ it looks so isolated to me! 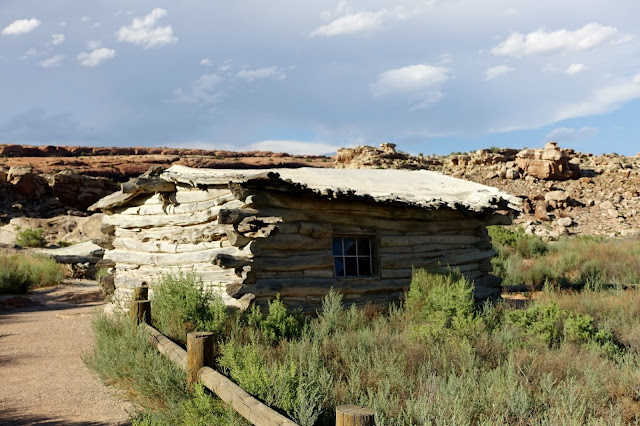 John Wesley Wolfe's homestead cabin is still standing from back at the turn of the century.  It's very small, and it's pretty rough ~ they were proud of the upgrade to wood floors!  Just a single table and a bench inside.  For a family of 5.   Yikes. 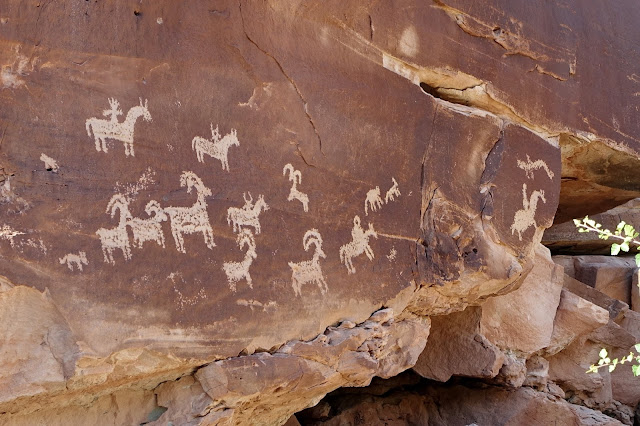 And these, my very all-time favorite Ute petroglyphs on the rocks you see in the background behind the cabin.  They are unique because they clearly show domesticated animals, like the doggie in the lower left, and a kitty-cat in the upper left; plus we thing way over on the right they are showing a rider on a ? lahma?  Perhaps poor artistry of a horse & rider is more likely.

The Ute Indian Tribe, by the way,
is where the State of Utah got it's name.
Just an idle fun fact for you ~ 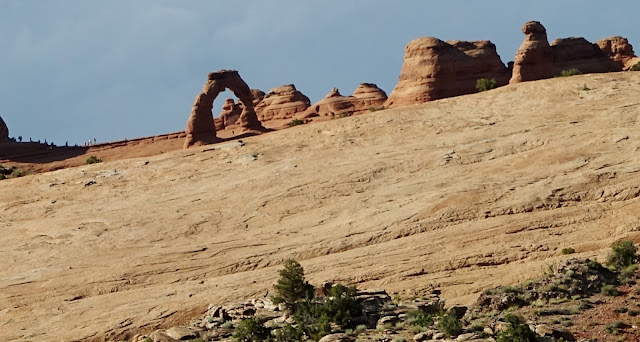 We conclude with a viewing of "Delicate Arch", 'cause the book said "Going to Arches without visiting Delicate Arch is like going the Louvre without seeing the Mona Lisa."  Can't have that, now can we?!?

The day is now wearing thin, and so am I in this heat, so we are moving on now to Moab, where a hot bath and some cool A/C are waiting to greet us at our hotel. 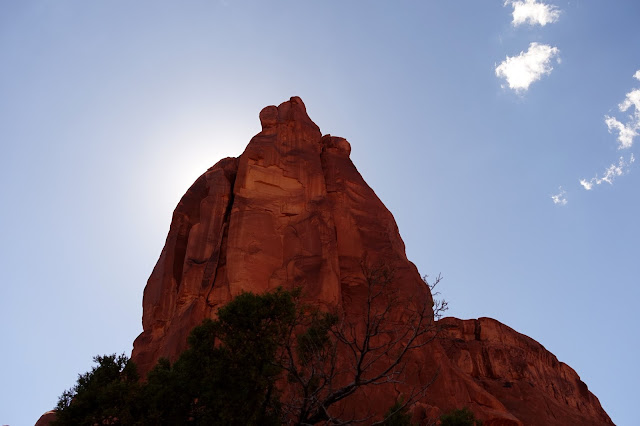 It's been a pretty glorious day at Arches National Park.