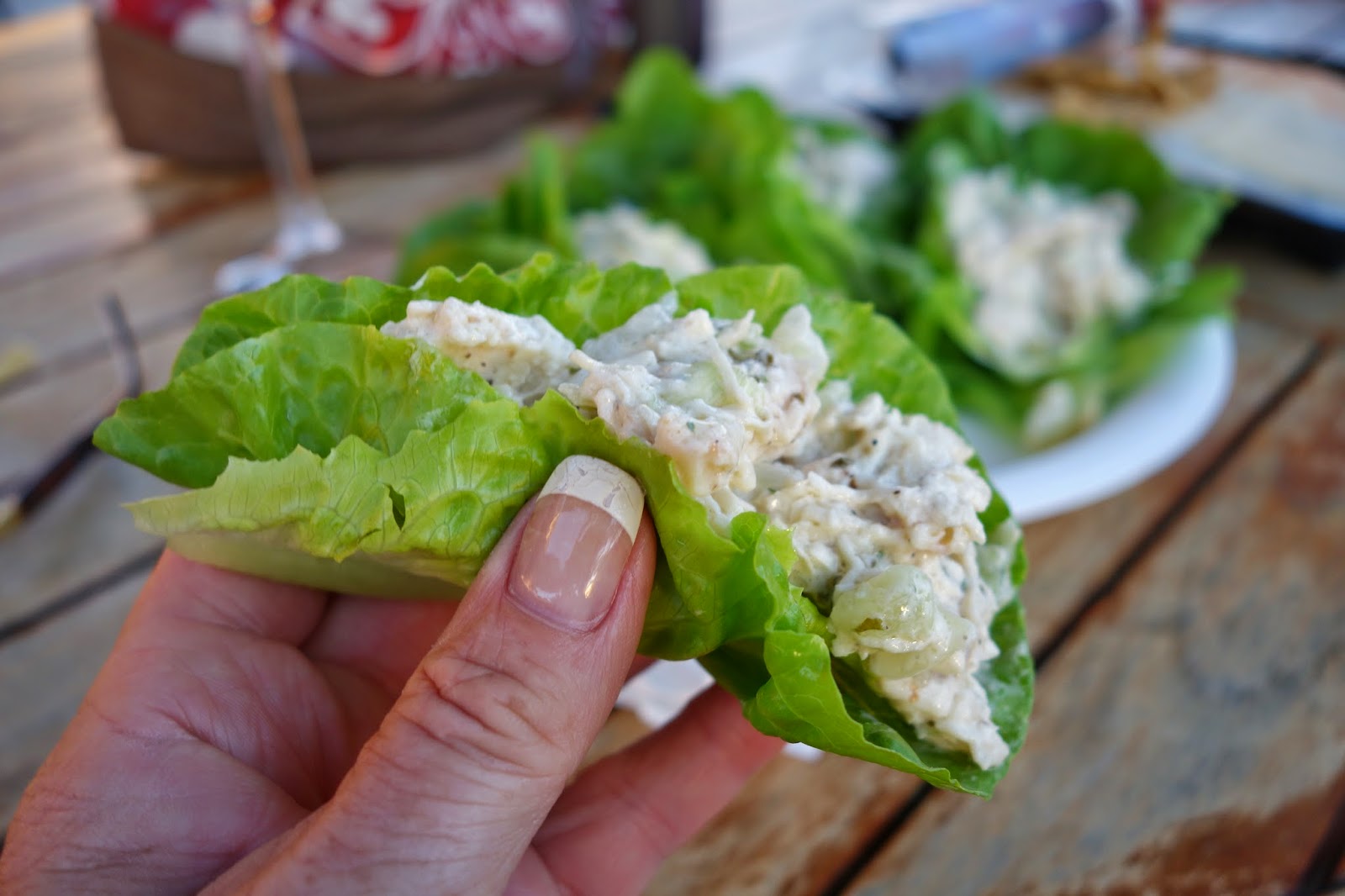 I will admit, sometimes, to cheating a little.

By that I mean, when trying to 'Eat Smart', it's also smart to cheat on lengthy preparations that might deter you from your goal.

I have an excellent cheating method.  Simply put:  Plunk it in a lettuce wrap.  Doesn't so much matter what it is.  Just wrap it up & call it dinner.

I remember back when my boys were at the 10-11-12-year old stage.  You know the gig, right?  Just running, running, running.  Getting off work, running to pick them up from school, then running them to whatever practice was scheduled, with just a quick stop-off at home to grab the gear and/or uniforms (soccer, t-ball, Tae Kwon Do, whatever!); and that all-important much-needed after-school fuel (can't really be called a snack ~ it's way bigger than a snack ; then back home to start some dinner, before running back to pick them up.  I refer to that 'season' of my life as 'The Burrito Years'.

'Cause here's what I learned way back then.  I learned that I could wrap anything up in a burrito shell, and that made it consumable in the car.  On the way to where ever.  'Cause we didn't do fast food (then or now).   And I do mean anything I had left-over.  Last night's chicken & rice dinner, the night before's London broil and potatoes ~ even spaghetti!   And you know what???   They were always happy with whatever mystery ingredients might be that day's stuffing..........hot or cold.........

'Cause it was always waaaaaaay better than nothin'.

Now I've updated it to be a healthier, more grown-up, more sophisticated version.  These are the 'Lettuce Wrap Years'.

So try taking that left-over salmon from grill-night (I will share this 30-minute fail-proof dinner next) with a little of that left-over whole grain rice and a little soy sauce + wrapped in a lettuce leaf = Smart Dinner!   Think fish taco's without the taco.

Or.  Marinate a flank steak in Hoisen sauce overnight in a big-ole ziplock.  After grilling it to medium rare, slice it thin and serve it over salad. (Yup, there it is again, fill up that plate with greens and add just a bit of protein, then call it dinner.)  And the left-over slices are wonderful inside of a crisp, cold lettuce leaf with say, a little sliced red pepper and / or a scoop of salsa. 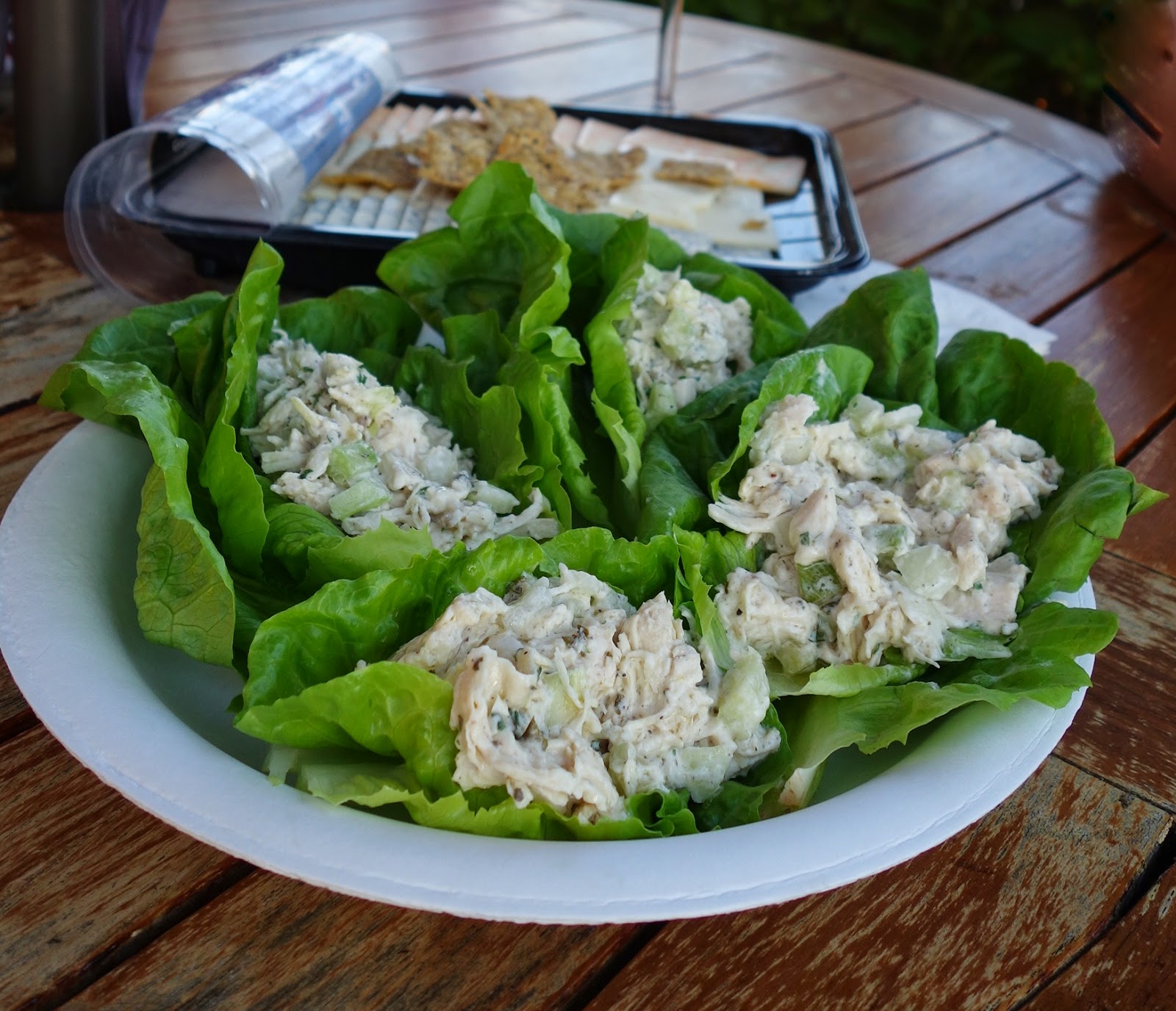 Or try tonight's menu:  I bought pre-made chicken salad at Costco.  (They make it from that day's left-over rotisserie chicken, and I would be hard-pressed to make it any cheaper or any more delicious.  It's filled with crunchy celery, and not-too-much mayo).  It first served as a chicken salad dinner, placed over  bed of chopped lettuce and other salad niceties.  It also served as a snack by the pool the next day, with crackers for dipping.  Tonight, it was the filling for my lettuce wraps. 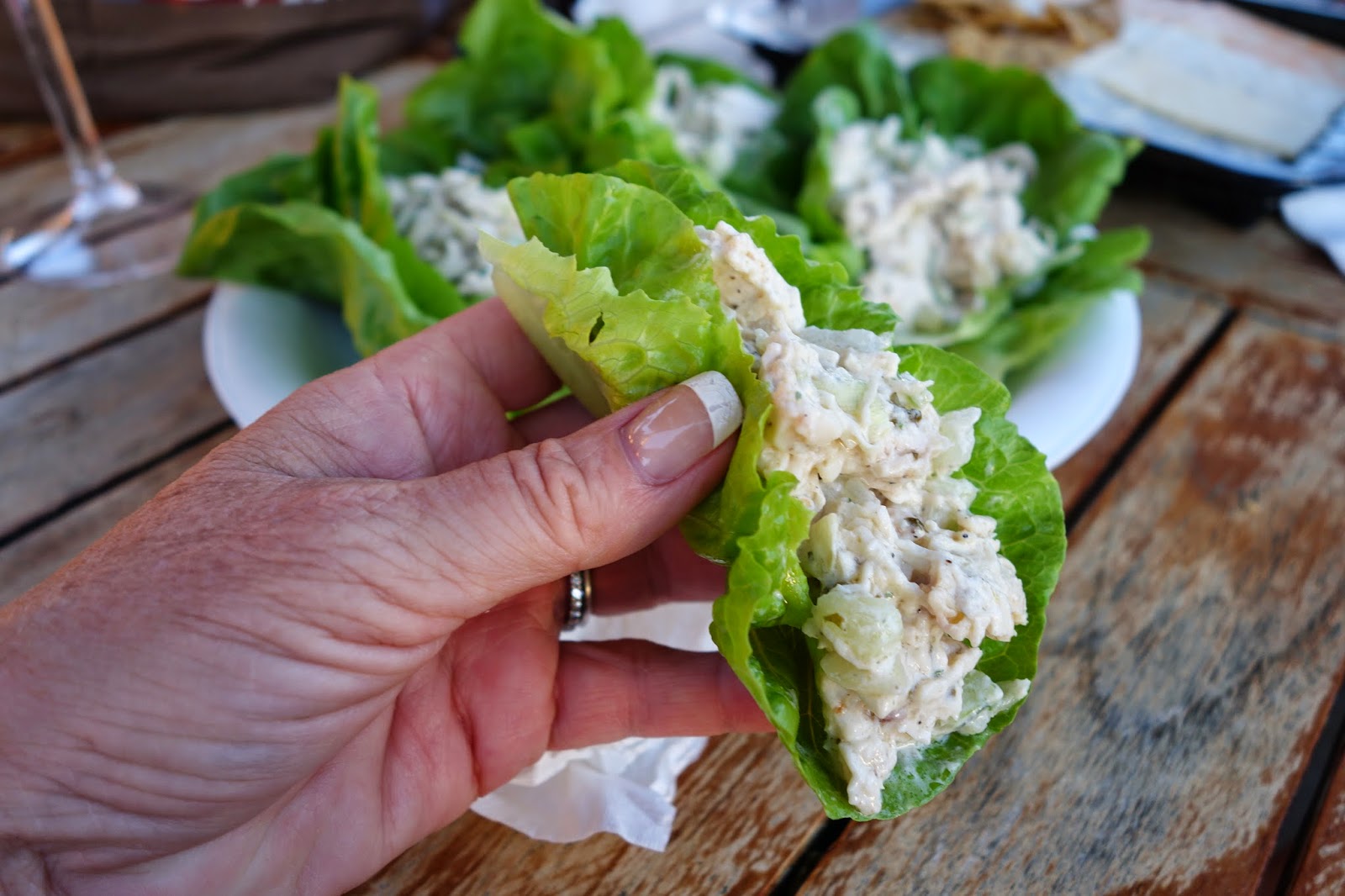 Buy a nice big head of butter lettuce.  Here on the islands, the local version is called 'Manoa lettuce'.   (Believe it or not, it's difficult to grow lettuce on the islands.  Lettuce usually likes cooler weather ~ it doesn't grow well @ temps over 75 degrees.  It's almost always warmer than 75 degrees here (day or night), so lettuce does not thrive.  It's almost always warmer than 75 degrees here, and that's why I do thrive here!)

I 'double bagged'  'em, using two fluffy lettuce leaves as the burrito shell for a big scoop of chicken salad.

We took this to the grill-by-the-beach for sunset.
Even though we weren't grilling. 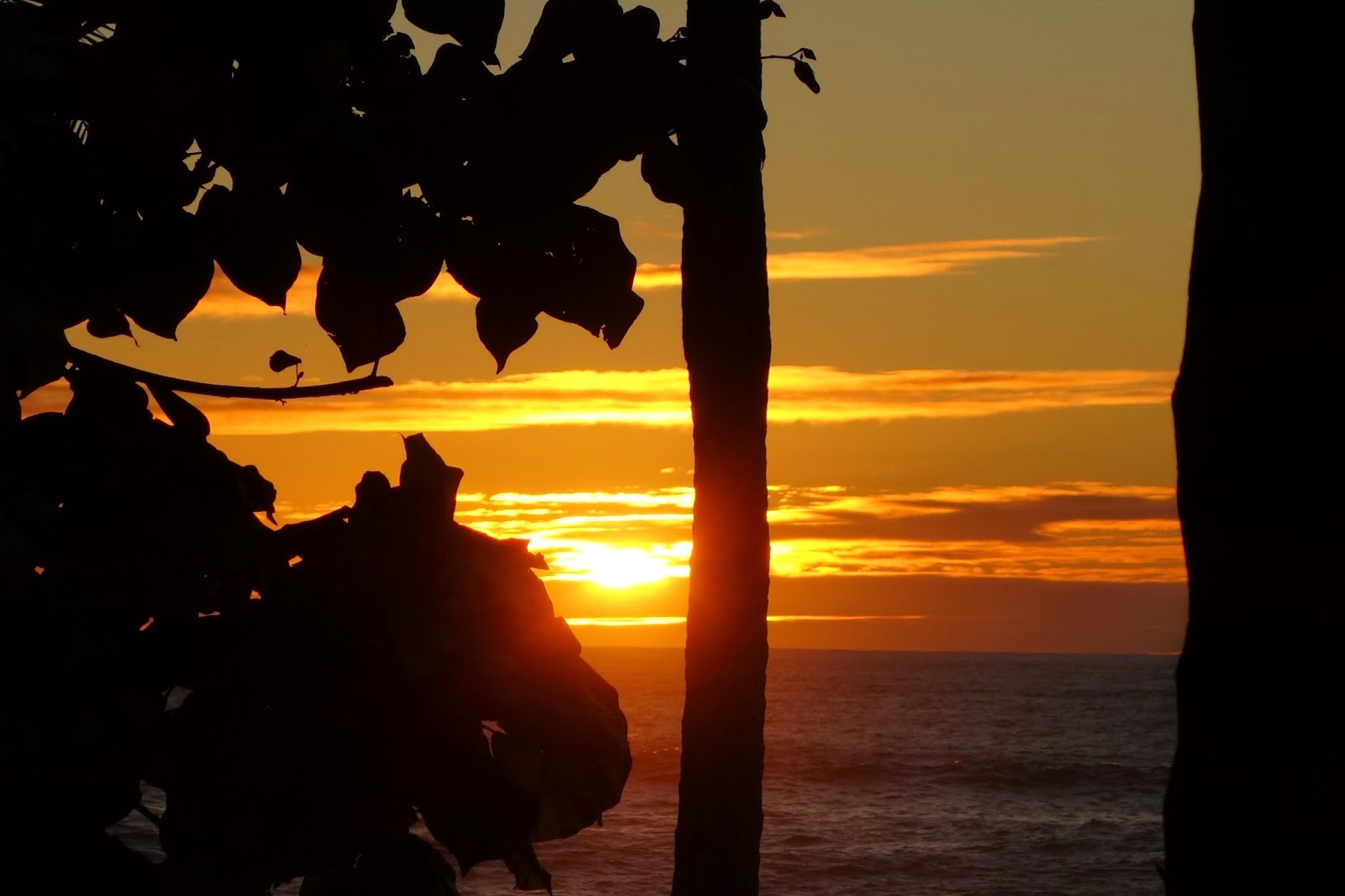 It's 'Eating smart, and cheating just a little'.
Posted by PassportEnvy.Me at 12:20 AM